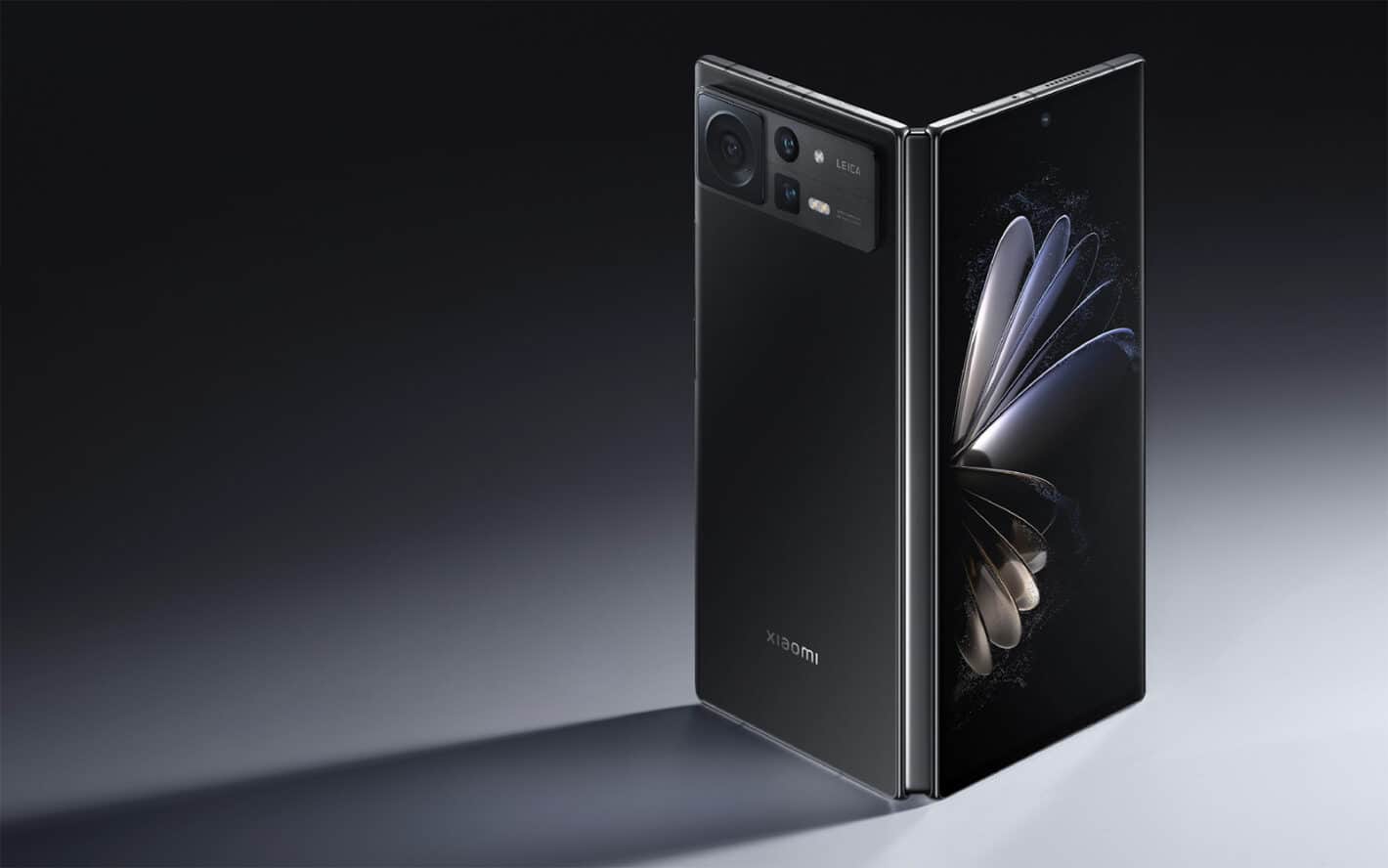 The Xiaomi MIX Fold 2 is the company’s new foldable smartphone. This is Xiaomi’s second foldable handset, actually. It is a direct successor to the Xiaomi Mi MIX Fold which launched last year.

Xiaomi refined its offering from last year, and actually came with a really compelling phone, at least on paper. This device launched in China, and we’re still not sure if it will launch globally. Its predecessor did not.

The Xiaomi MIX Fold 2 comes with two displays, and a similar form factor as the Galaxy Z Fold 4. It is, however, considerably thinner, has larger displays, a hinge that tries to minimize the crease, and so on.

Xiaomi actually developed the Micro Waterdrop Hinge, as they call it, and the number of components is just 87. The thickness of this hinge is just 8.8mm, compared to considerably thicker hinges on some other folding phones (11-12mm). 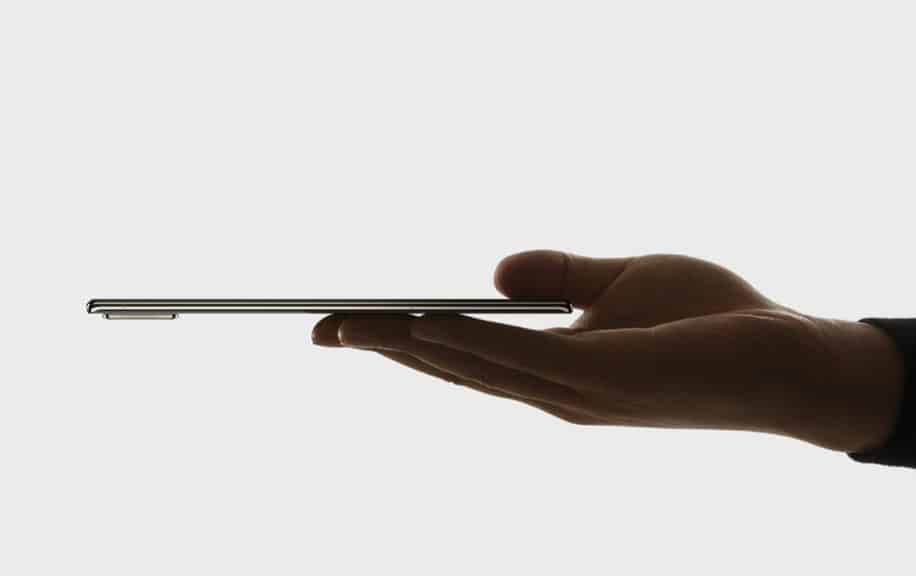 Xiaomi also decreased the phone’s weight by 35 percent. When this phone is unfolded, it’s only 5.4mm thick, which is, needless to say, extremely thin. Xiaomi also added a one-piece carbon fiber floating plate at the hinge, to minimize the crease.

The Snapdragon 8+ Gen 1 is included, along with 12GB of RAM

The Xiaomi MIX Fold 2 has truly powerful specs. The Snapdragon 8+ Gen 1 fuels the device, while you’ll find 12GB of LPDDR5 RAM on the inside. Three storage flavors are available, 256GB, 512GB, and 1TB UFS 3.1 options.

A 4,500mAh battery sits on the inside, and it supports 67W wired charging. There are two SIM card slots included, while Android 12 comes pre-installed with Xiaomi’s MIUI 12 skin.

The Xiaomi MIX Fold 2 has two large displays, both of which offer a 120Hz refresh rate 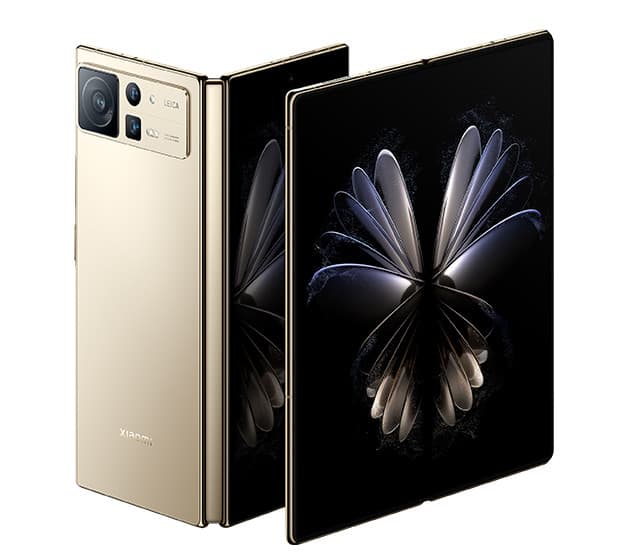 The external display measures 6.56 inches, and it’s a 2520 x 1080 panel. This is Samsung’s E5 AMOLED display, and it supports a 120Hz refresh rate. It gets up to 1,300 nits of brightness, while it also supports HDR10+ and Dolby Vision. This display is protected by the Gorilla Glass Victus.

There are three cameras on the back, along with Leica’s lenses 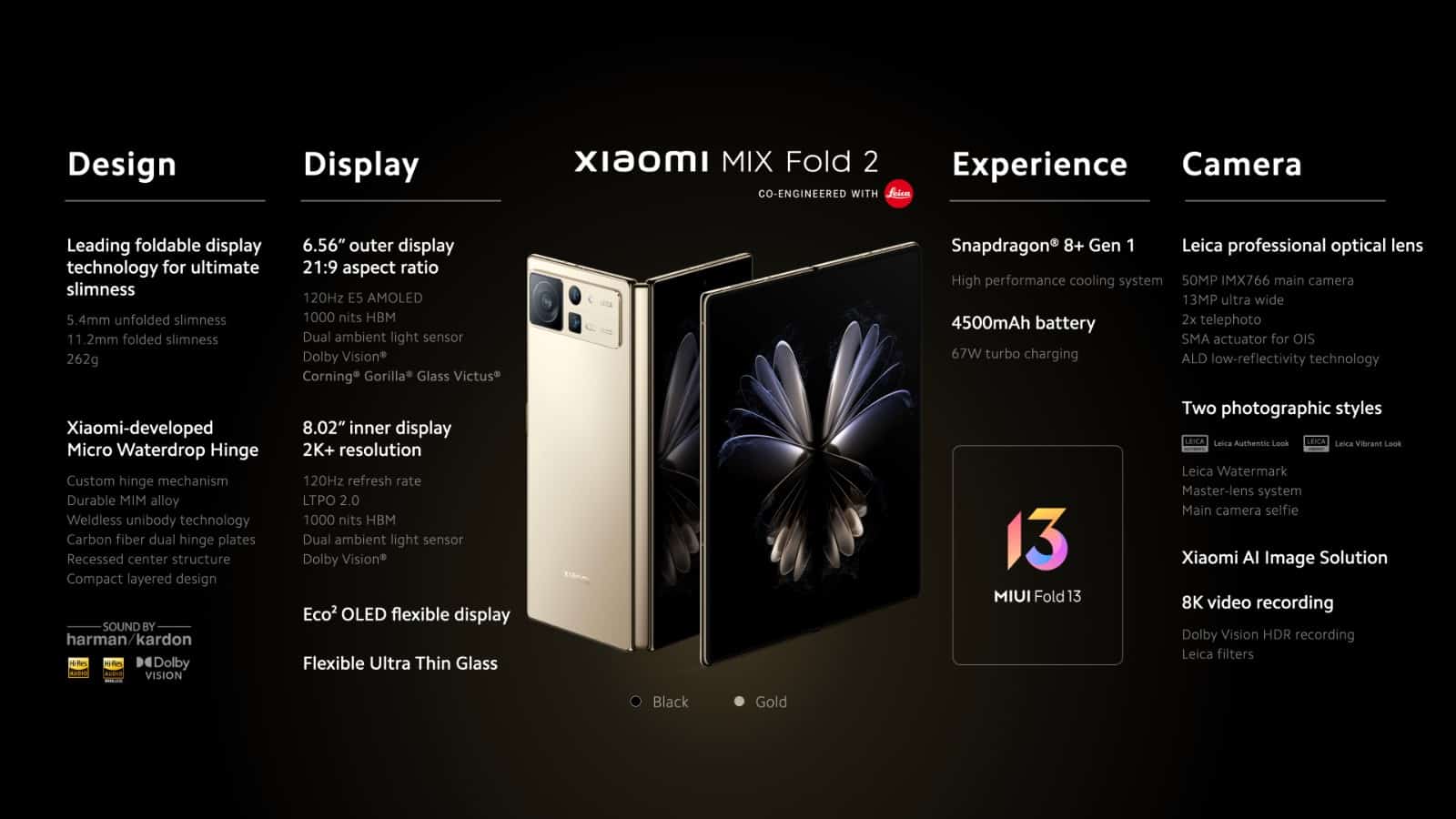 A single 20-megapixel front-facing camera is also included on this phone. That camera sits on the secondary display (centered hole punch), while there is no camera on the main display.

Stereo speakers are a part of the package, as is a side-facing fingerprint scanner

Xiaomi also included a side-facing fingerprint scanner, and an infrared sensor. There are stereo speakers included here with Dolby Atmos support. 5G is supported, as is Bluetooth 5.2, and Wi-Fi 6E 802.11 ax. 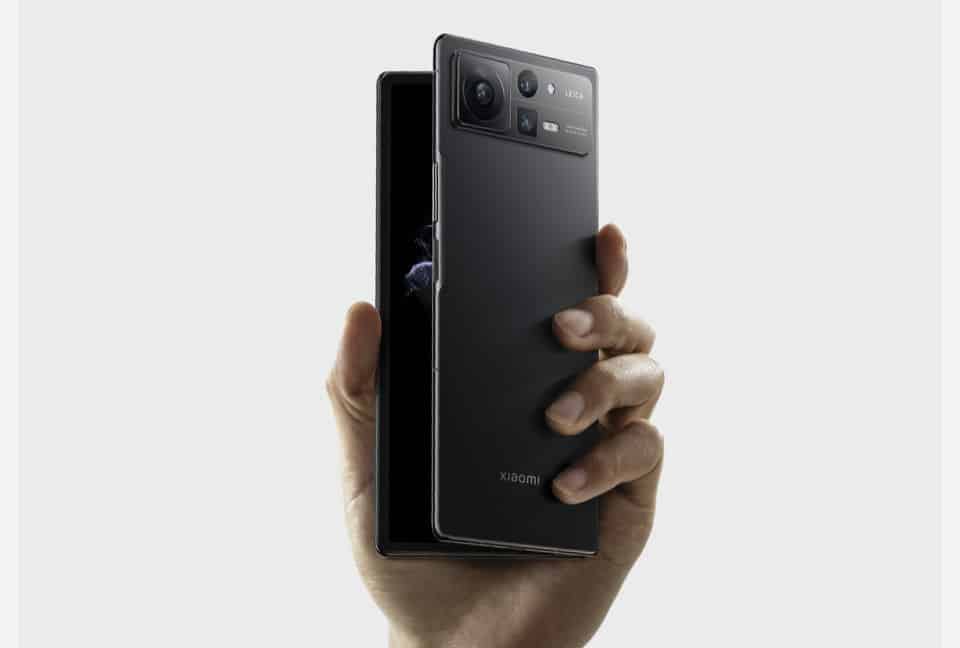 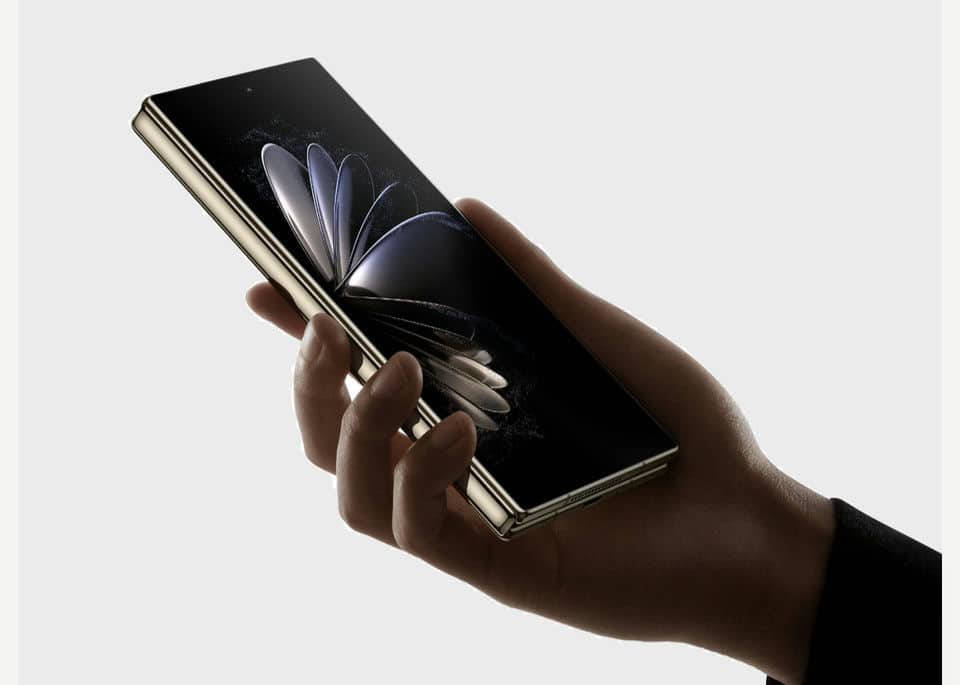 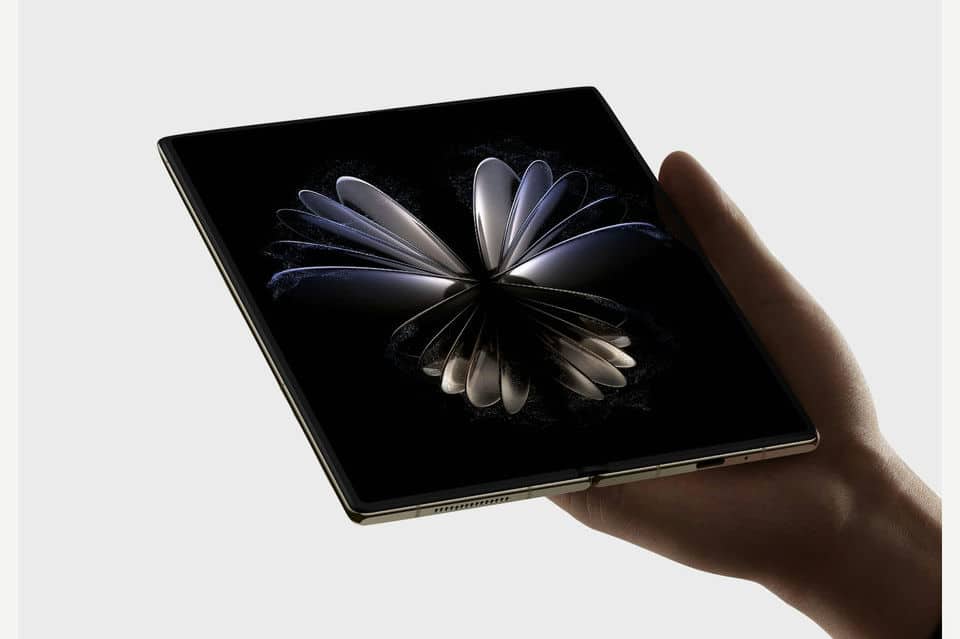 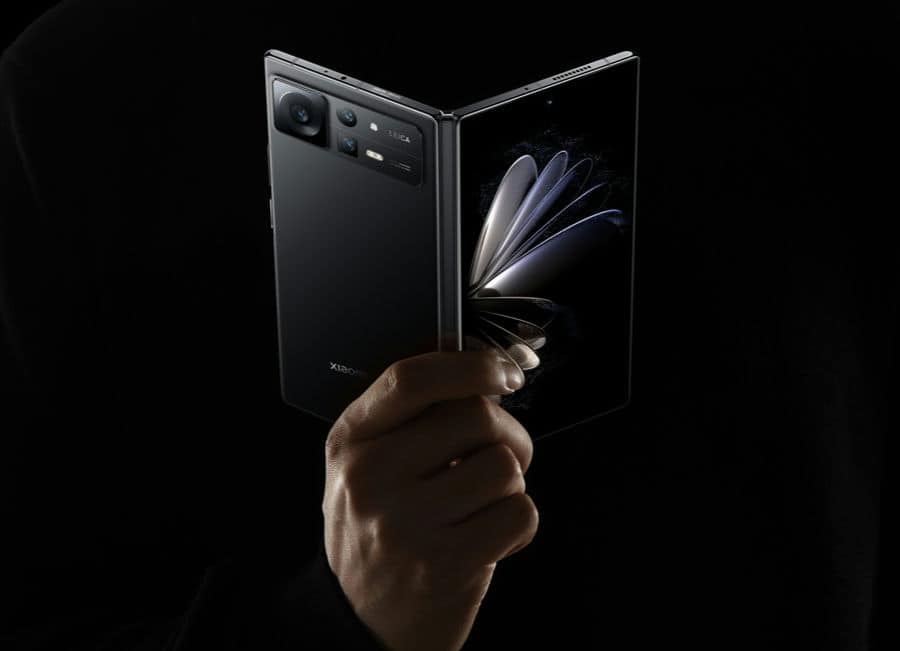 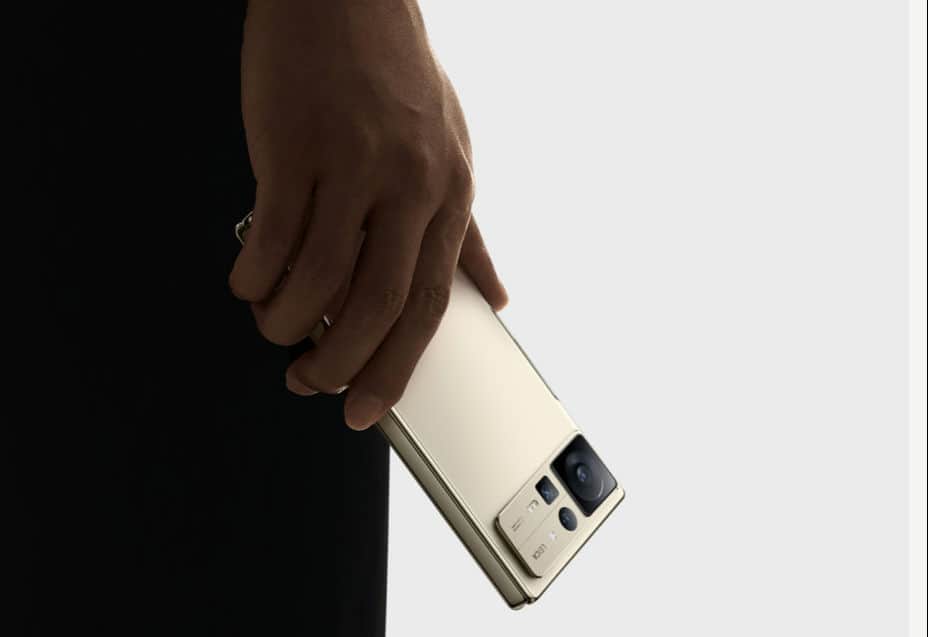 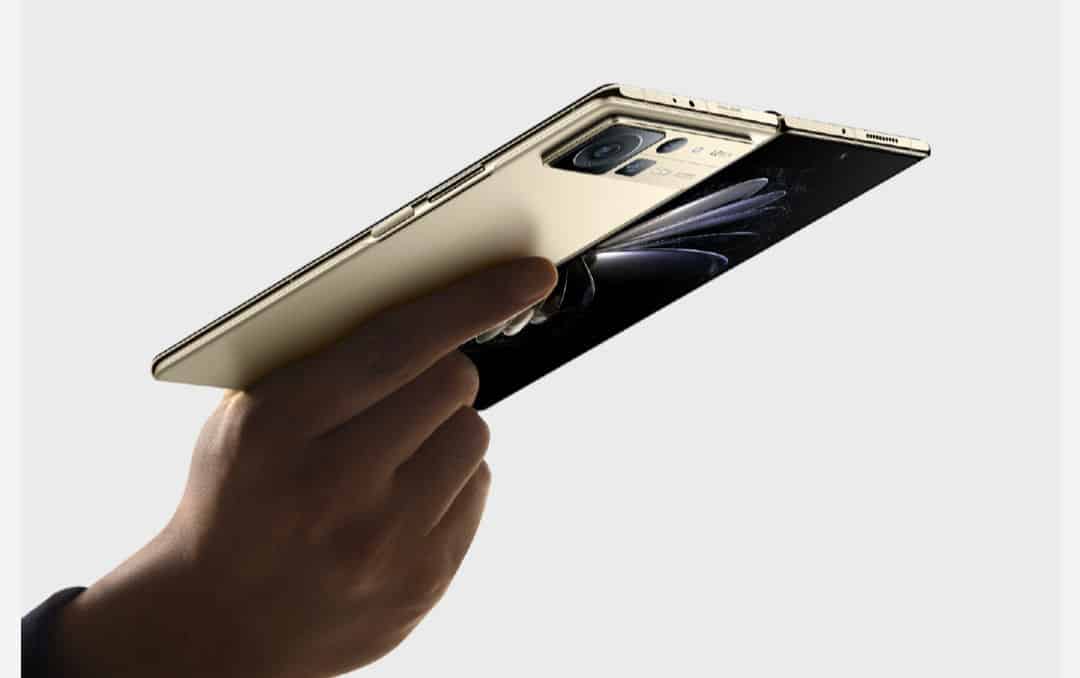 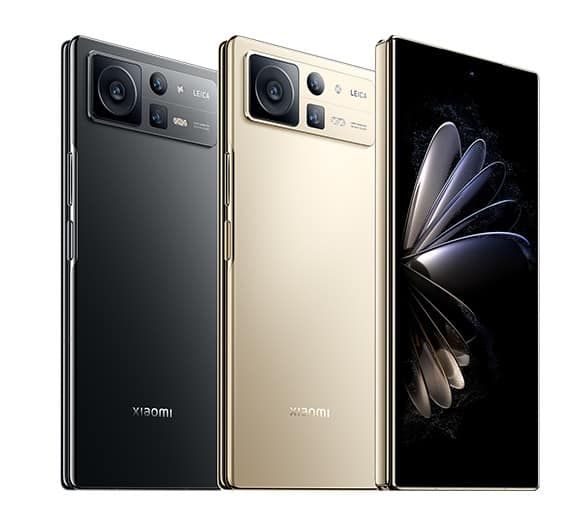 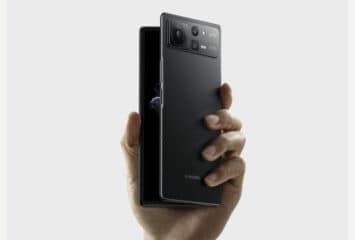 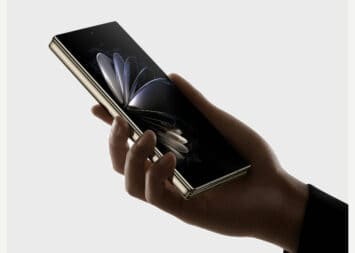 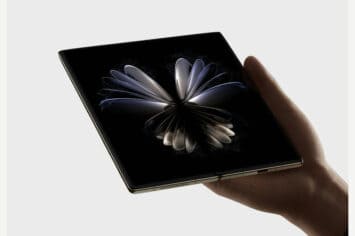 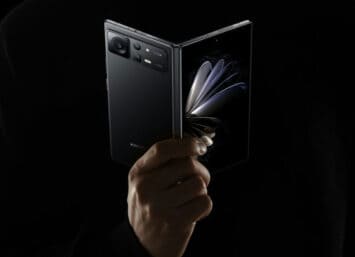 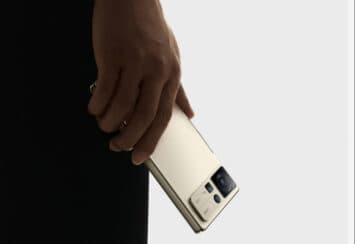 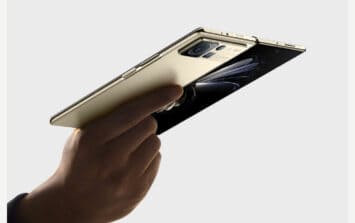 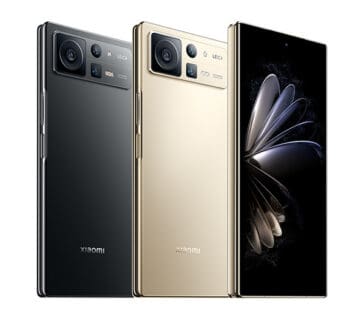