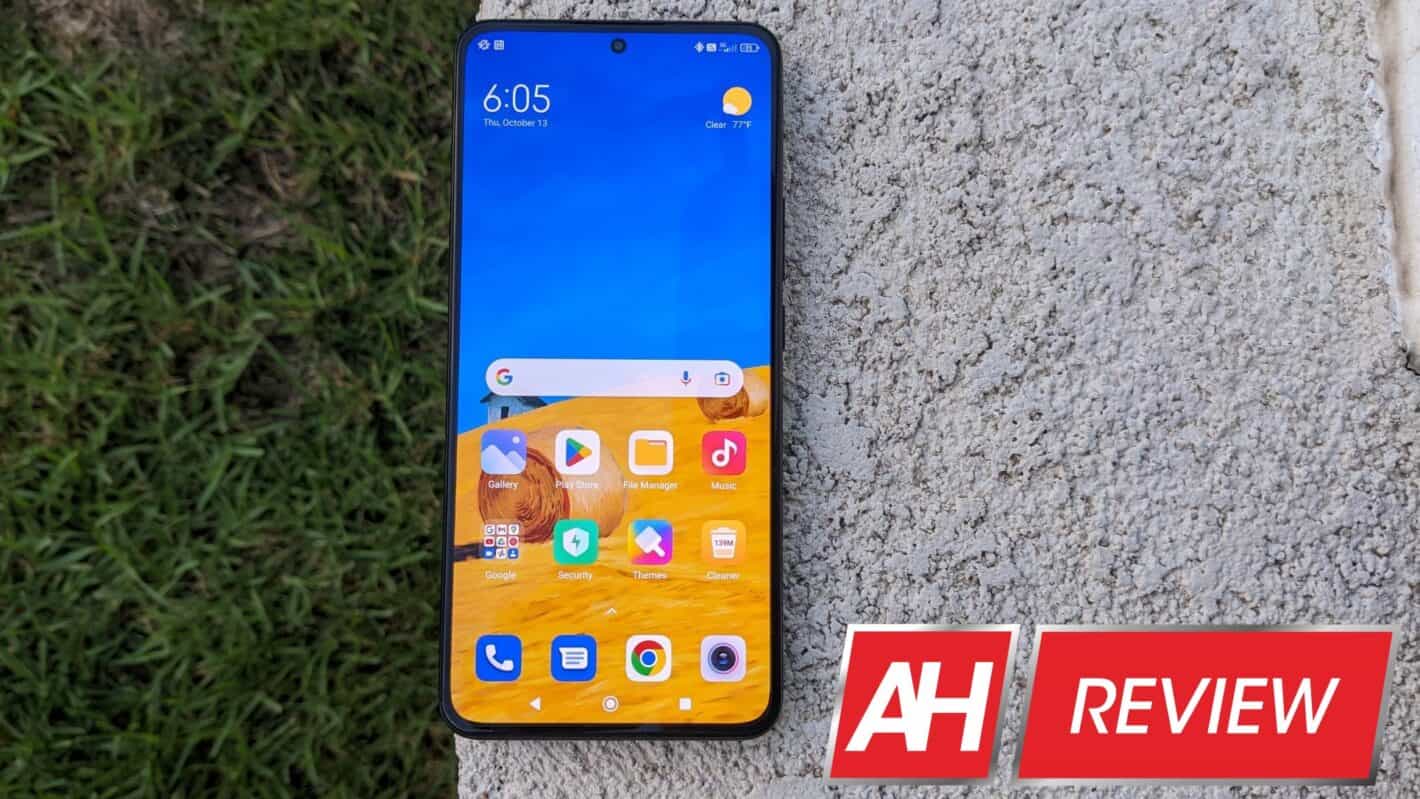 Xiaomi 12T Pro is a much more polished smartphone than its predecessor.

Xiaomi provided AndroidHeadlines with a review unit of the Xiaomi 12T Pro. As usual, they didn’t have a say in our opinion, nor did they see an advance copy of the review before you. The review device was used for approximately 10 days before composing this review. The phone is running MIUI 13 on top of Android 12 with the September 2022 security patch.

Xiaomi 12T Pro is the mid-year refresh on their flagship series. Albeit, Xiaomi typically introduces a stellar upgrade on the T series and then trims other features from the Pro model launched earlier in the year to keep the price competitive. 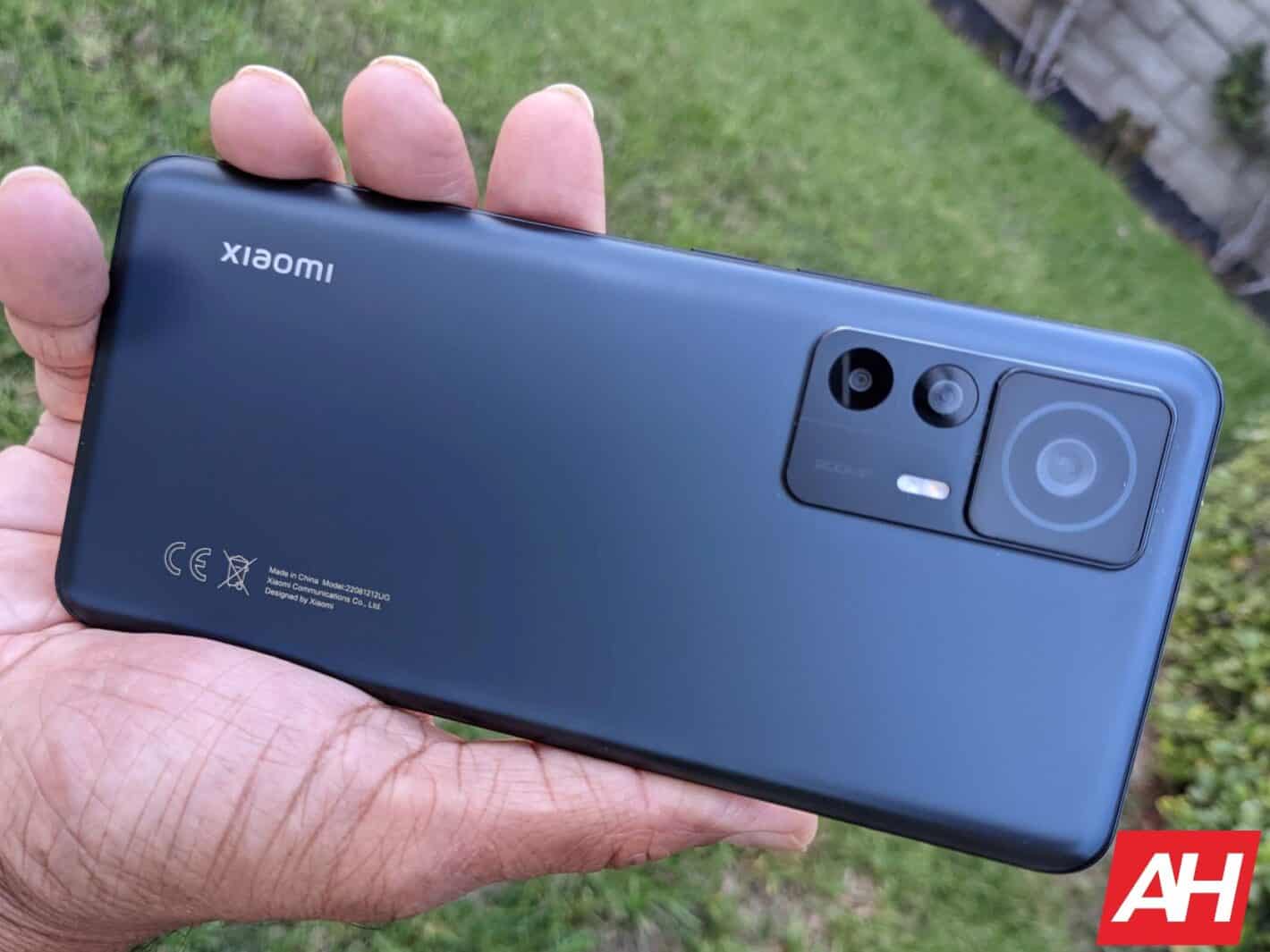 In keeping with tradition, the Xiaomi 12T Pro has a brand new 200MP main camera on the rear. And it still has the stellar 120W HyperCharge support that was first introduced on the Xiaomi 11T Pro last year. 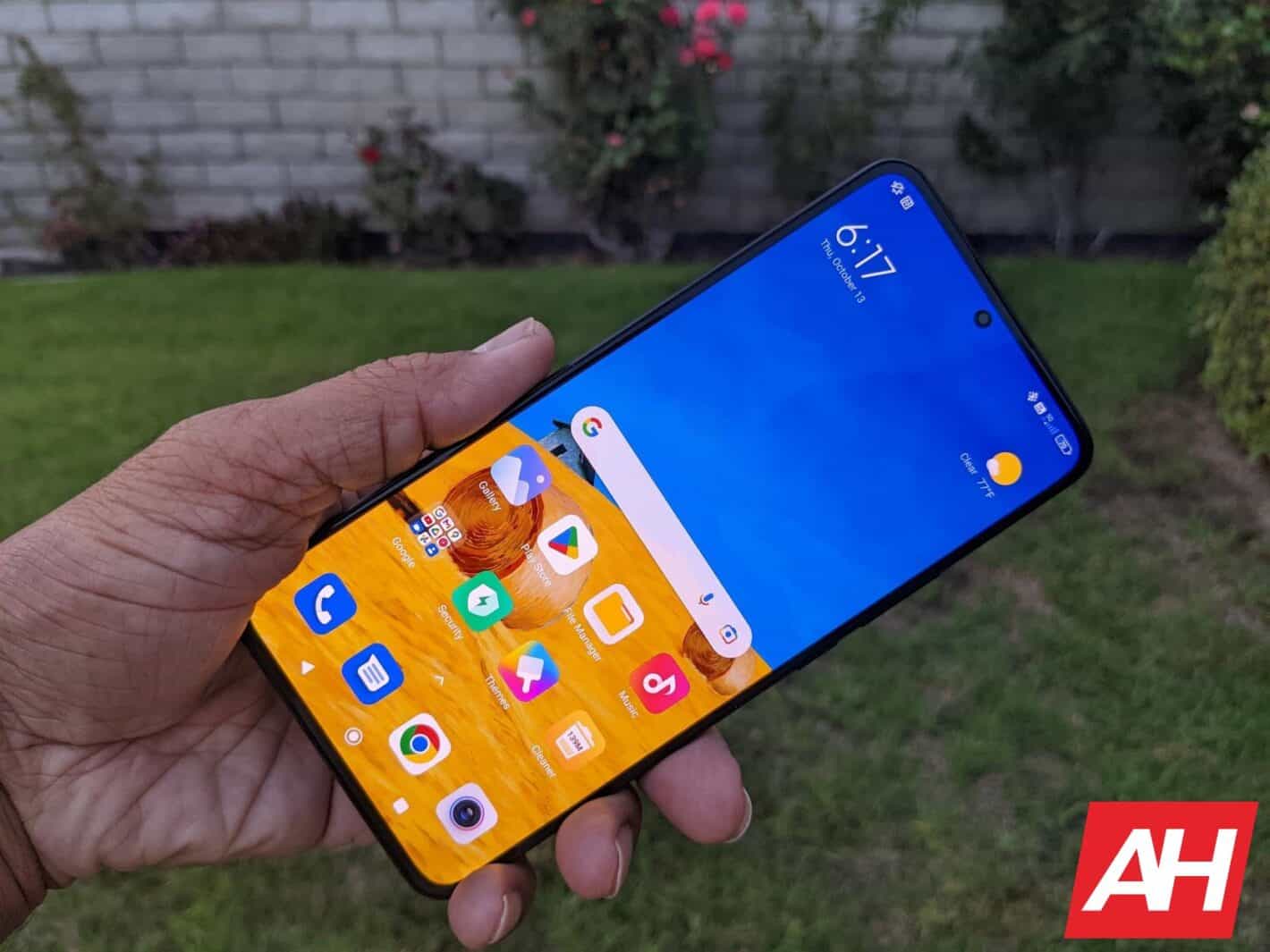 At first glance from the front, you might have some difficulty in figuring out if there are any big changes. A closer inspection reveals one important change, which is that all bezels are uniform. The ever so slight chin that was present in last year’s model is gone. Besides the improved bezels, there is another big hardware improvement which is the under-display fingerprint scanner. The new FPS is fast and accurate although it would be nice if it was placed about a half-inch higher on the display. 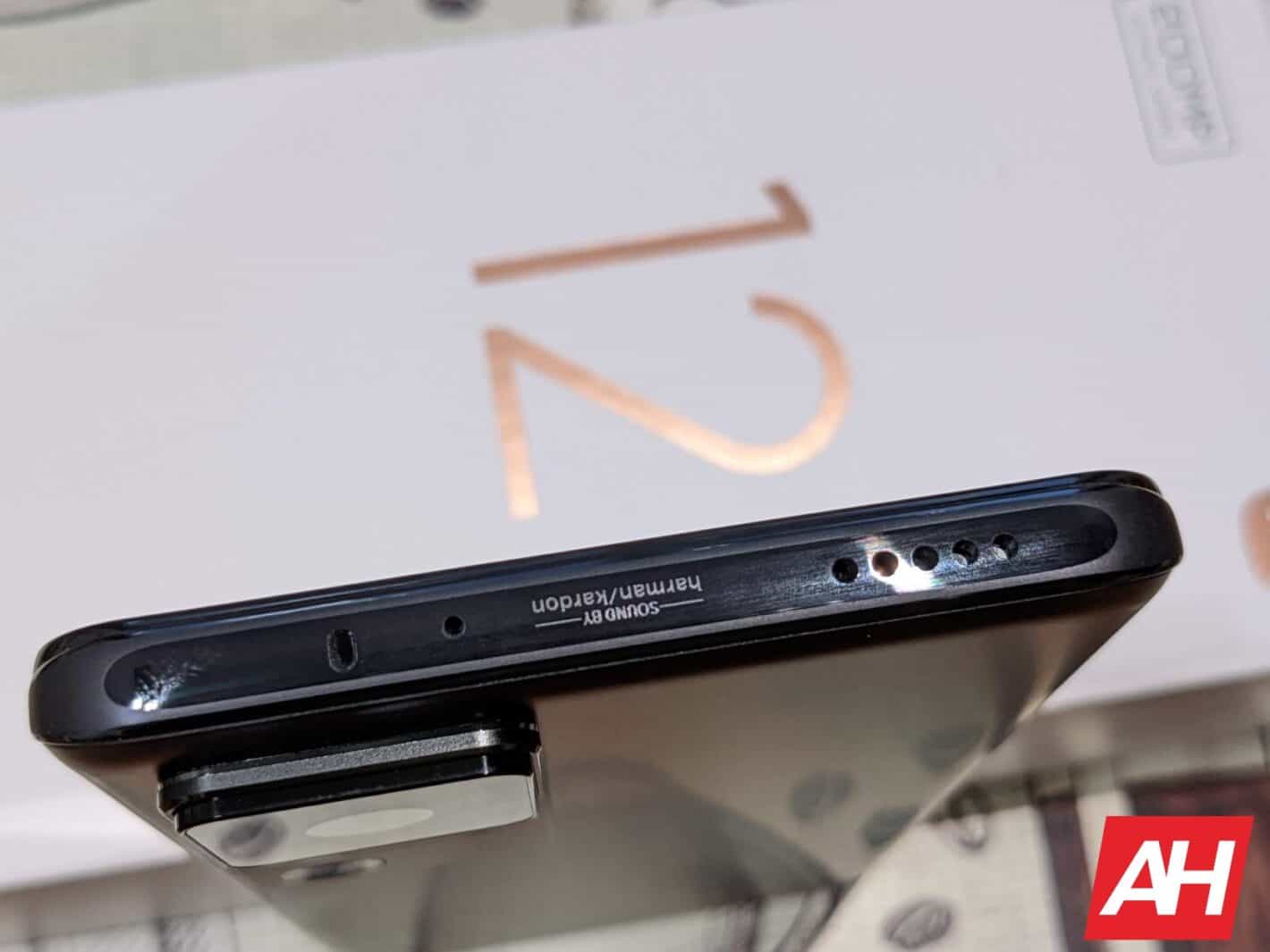 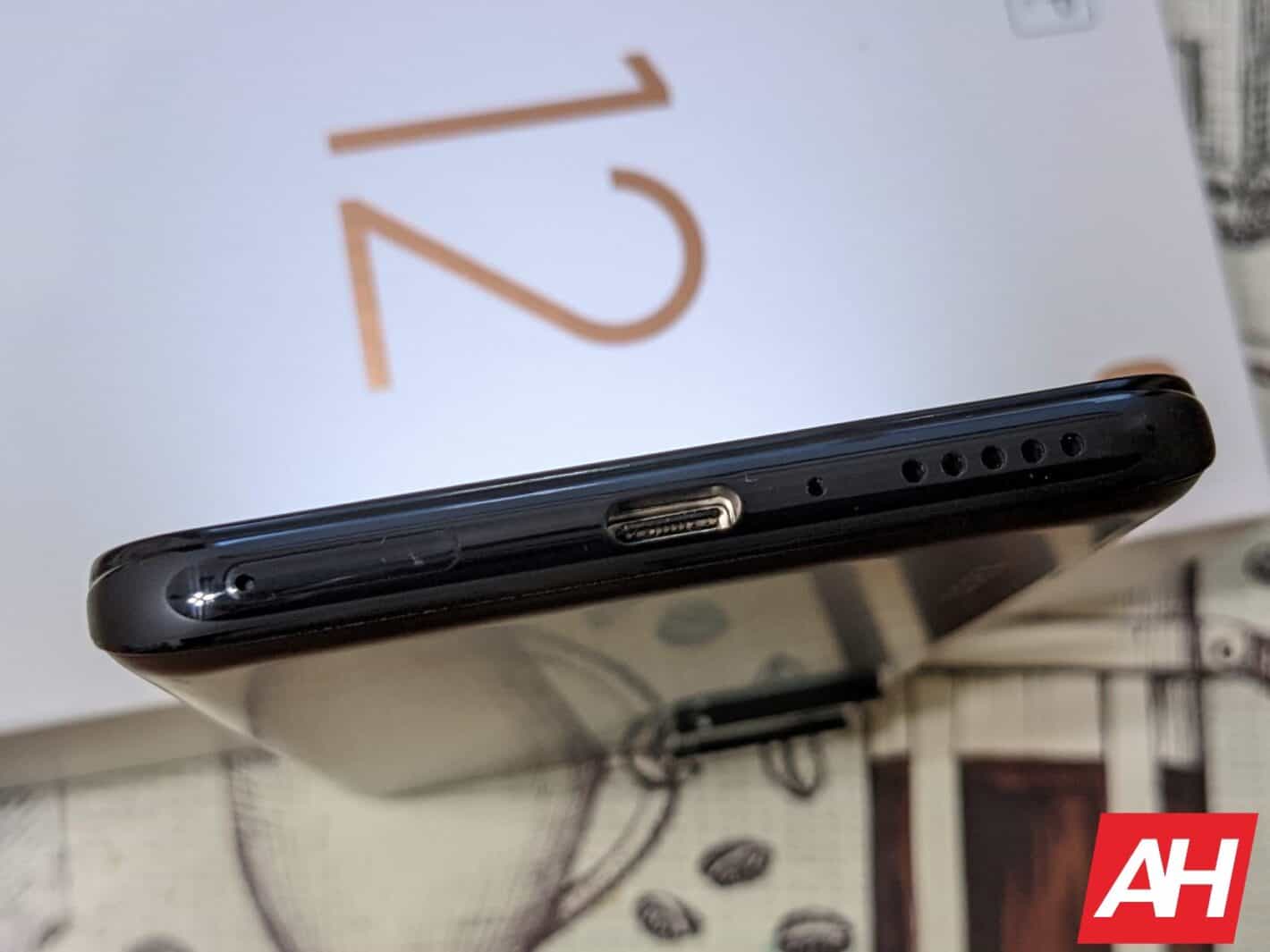 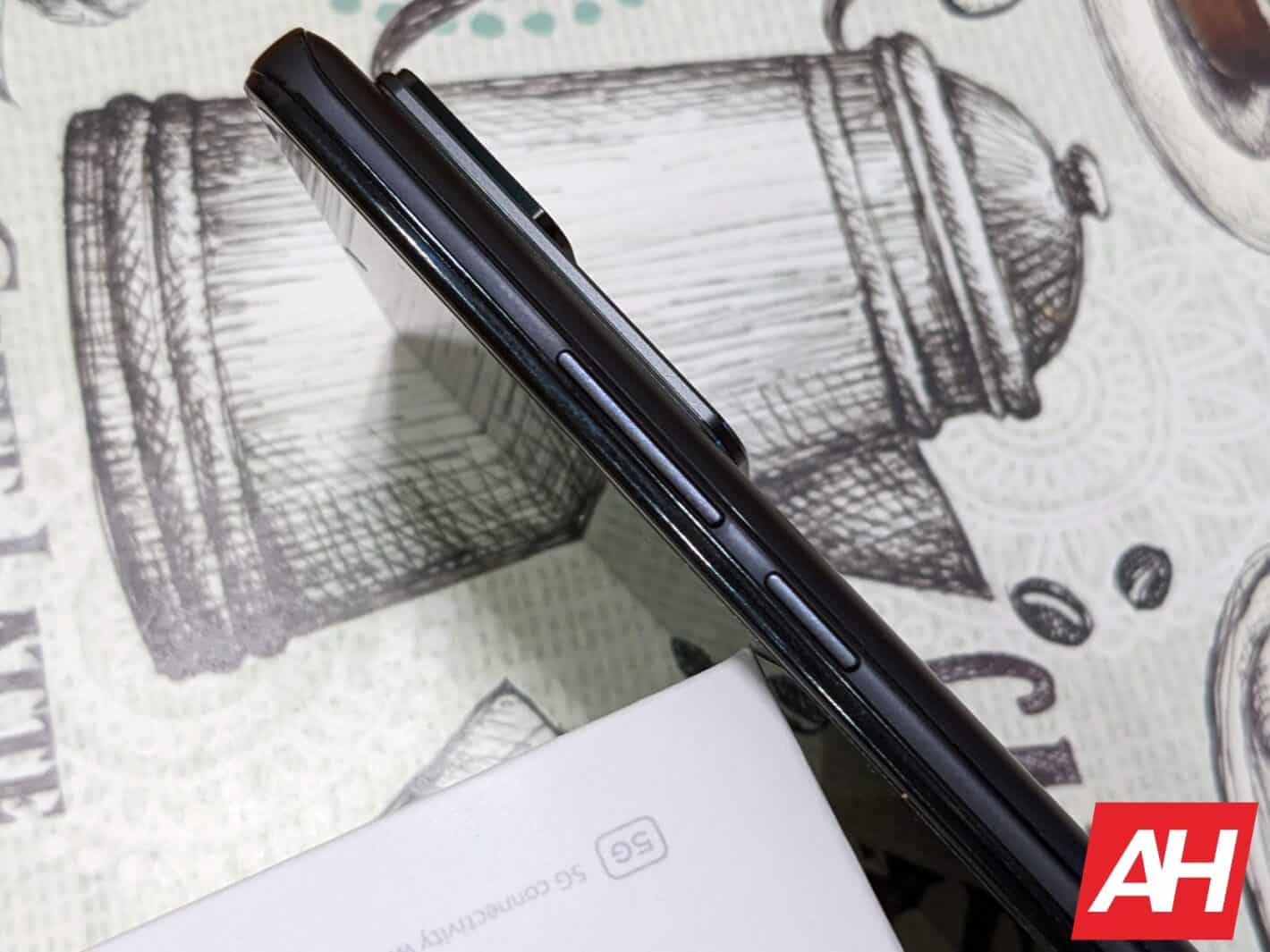 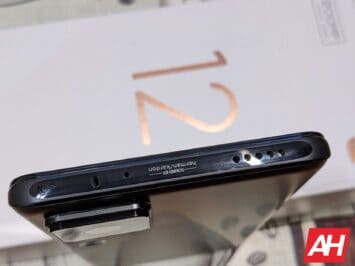 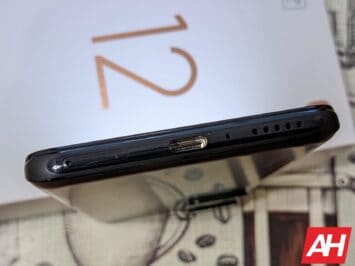 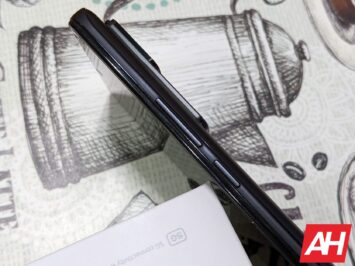 There are some subtle changes on the top and bottom rails. The two-tone effect is executed quite nicely and there seems to be quite a bit of shuffling of the internal components with the newer device. On the bottom, the microphone is now to the left of the USB-C charging port. While up top, the only thing same is the ‘SOUND BY harman kardon’ logo. The speaker grille, the IR blaster, and the second microphone are all shuffled around. The side rails look the same in terms of power and volume button placement on the right-hand side rail. The opposite side is clean as usual. 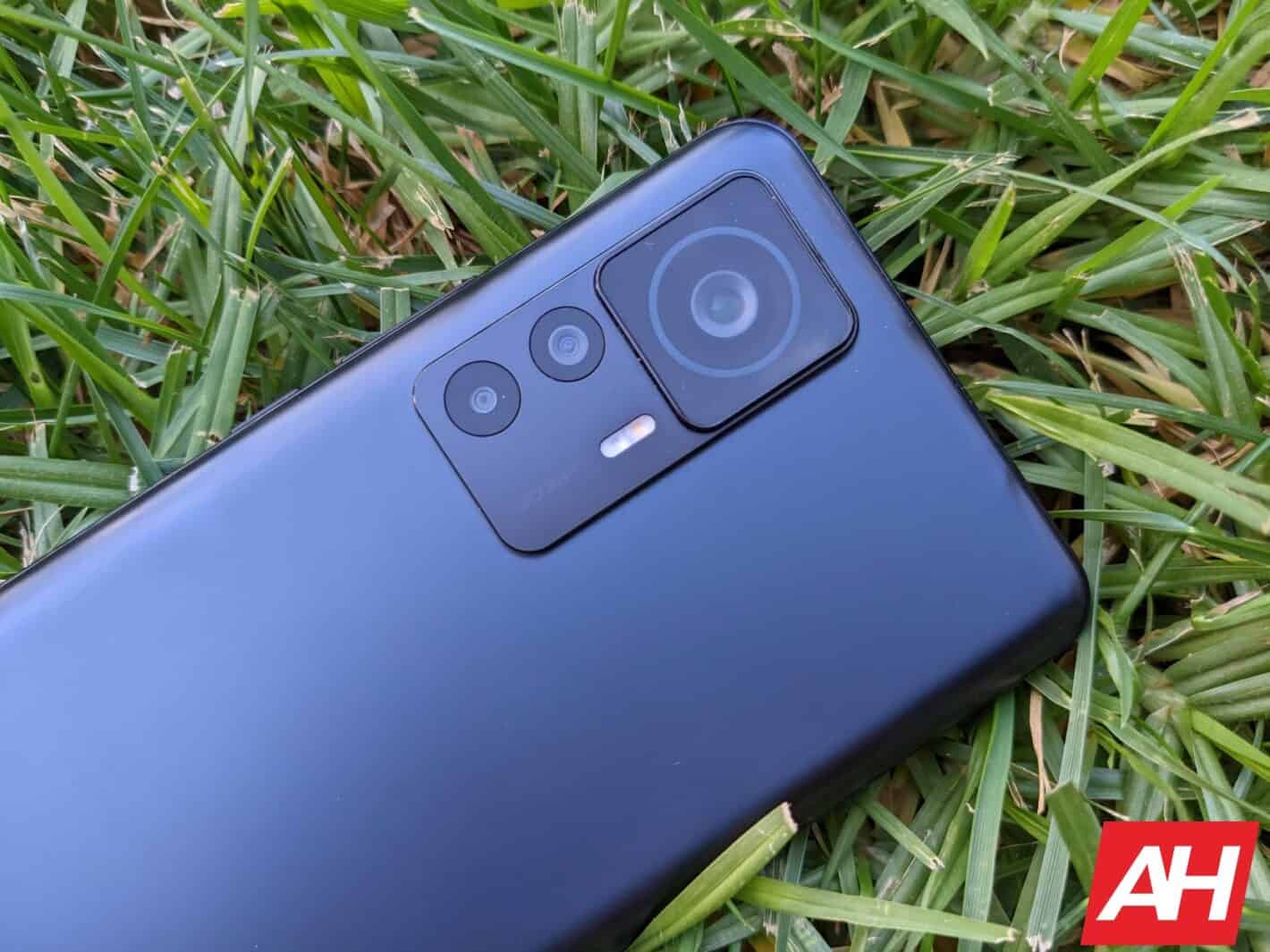 I am a big fan of the clean matte black finish on the rear cover which feels pretty similar to what we saw on the Xiaomi 12 Pro. This is a great improvement from the mirror finish that was on the 11T Pro last year. Another big improvement is the camera island which is inspired by the 12 Pro and looks quite good. Another huge improvement Xiaomi has made in the last year is the superb haptic motor which is now at par with what you get from Google and Samsung in the Android world. 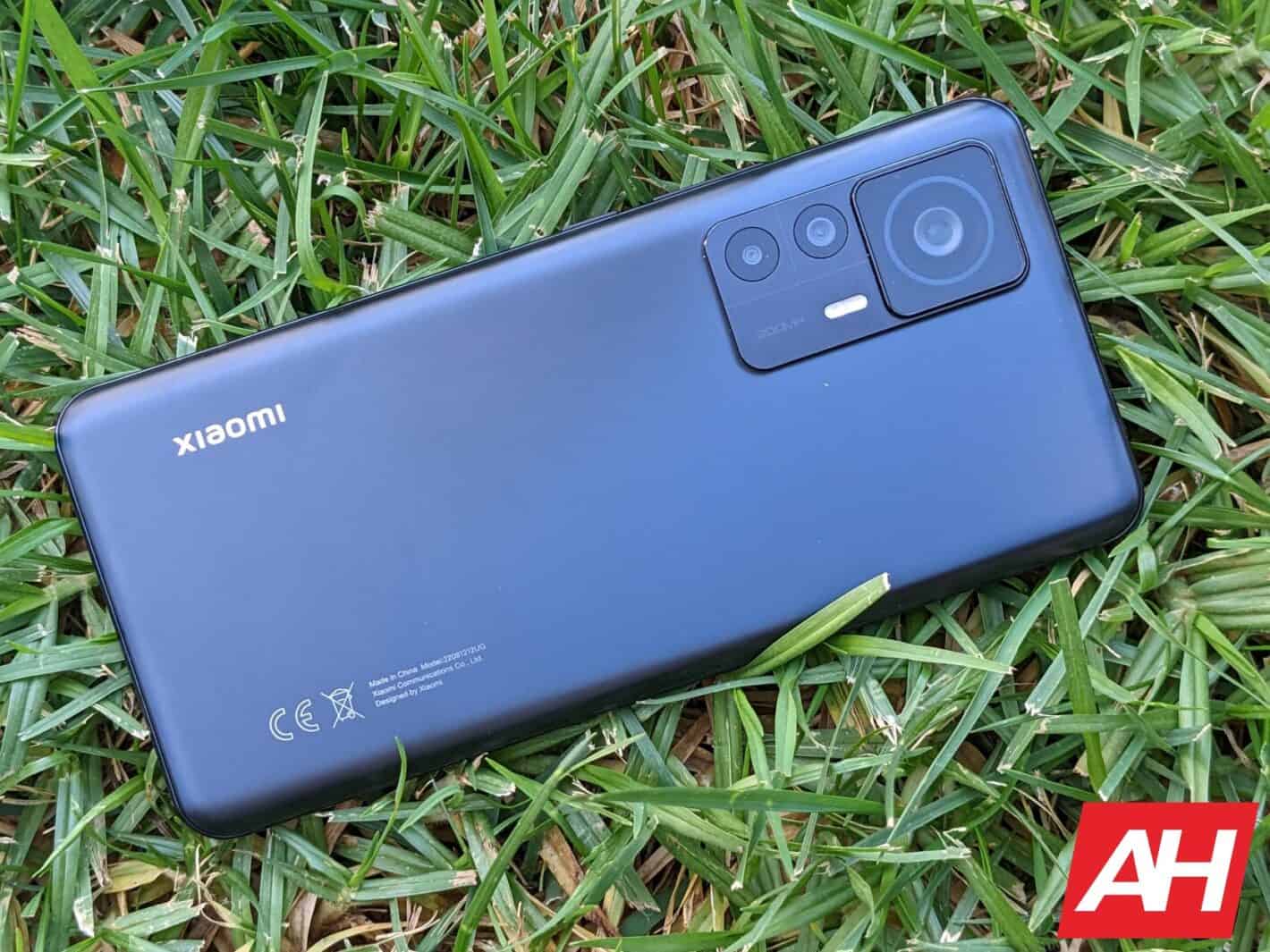 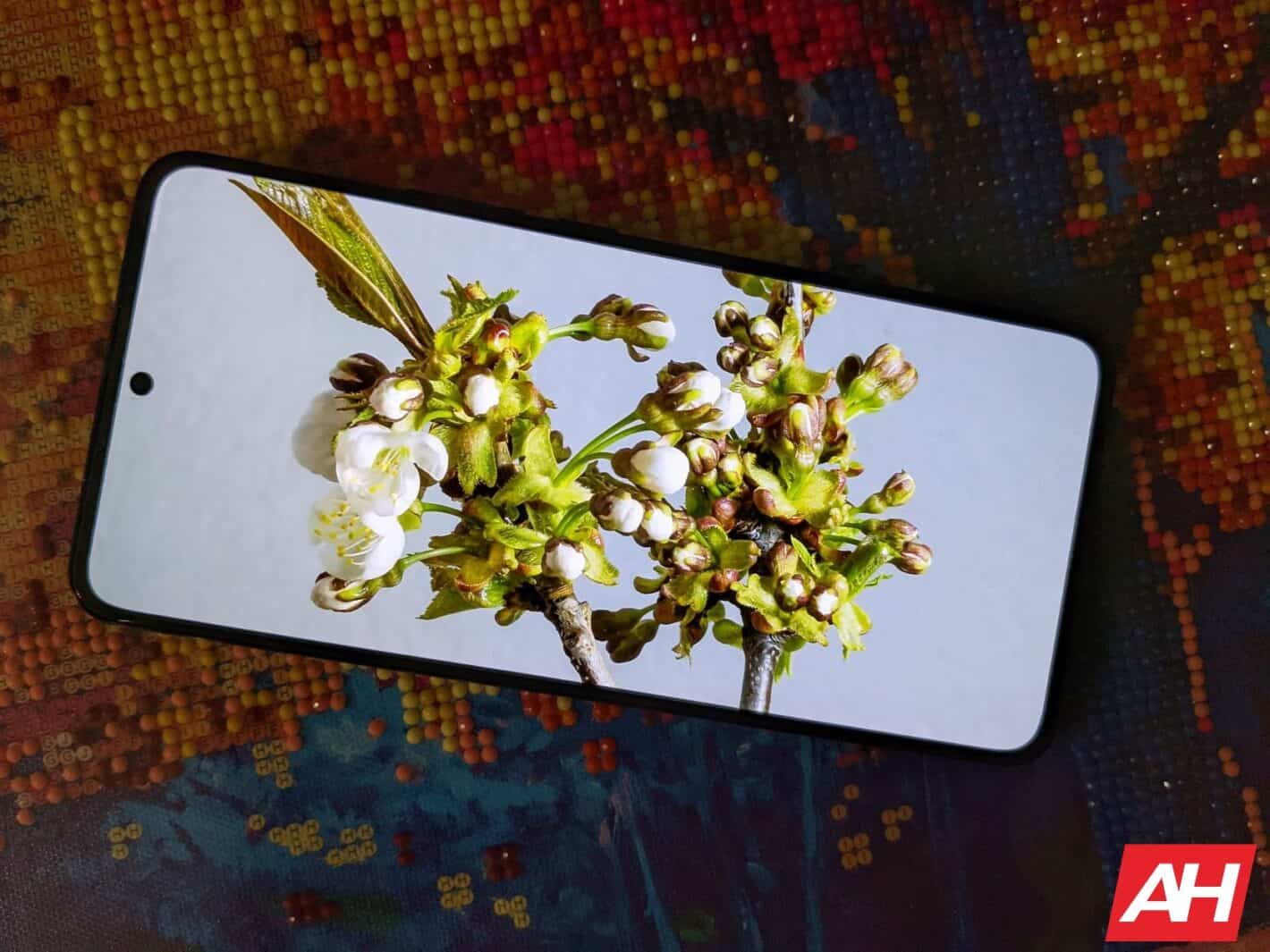 The display gets a bump up from the 1080p version we saw in last year’s model. Rather than a QHD panel, Xiaomi opted to go with a 1220 x 2712 pixel AMOLED display. The end result is a large 6.67-inch display with a 446 ppi pixel density. Specs aside, this display looks more color accurate and has greater clarity than last year’s model which looked to artificially saturated to my eyes.

For the review, I kept the refresh rate on auto to dynamically change the refresh rate depending on what was being displayed. I also went into the Display Settings and turned on every feature in the AI engine section. The end result is that colors are vivid and contrast is excellent on this display no matter what you are viewing. On paper, the brightness specs seem to have taken a hit but lab tests show that this isn’t the case. And in actual use, this display is far better than what was on the 11T Pro.

Okay, so there is one compromise Xiaomi made and that is with the glass that is above the AMOLED display. Last year we had Gorilla Glass Victus on the 11T Pro which was carried over to the 12 Pro. But for some inexplicable reason, the newer 12T Pro has Gorilla Glass 5 protection. I am not sure what the reason is but it is a head-scratcher for sure. 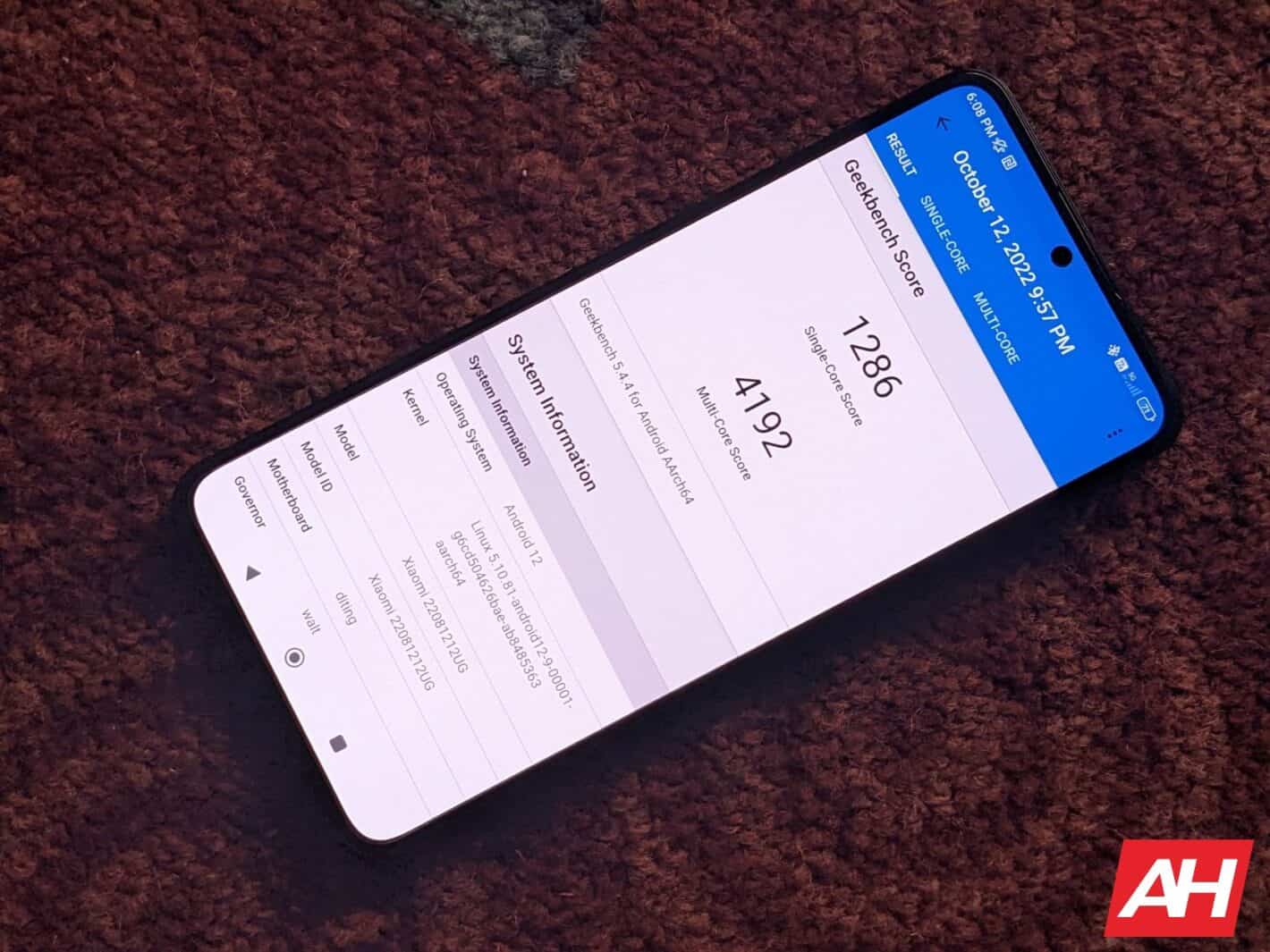 Geekbench 5 scores on the Xiaomi 12T Pro are absolutely at the top of the class.  This phone is running the latest Snapdragon 8+ Gen 1 with 8 GB RAM. My review unit of the Xiaomi 12T Pro shows a single-core score of 1286 and a multi-core score of 4192. So you can see that from a raw benchmark performance standpoint this smartphone is right up there with the gaming phones of 2022.

Qualcomm’s latest Snapdragon 8+ Gen 1 has 30% better power efficiency for both the CPU and GPU. The performance boost is about 10% primarily via higher clock speeds on the cores. This doesn’t quite show up in the single-core score but the multi-core score is about 10% better than the Xiaomi 12 Pro.

Phone doesn’t get hot while gaming or long videography sessions

Besides the increase in raw power, the Snapdragon chip comes from Taiwan Semiconductor fab instead of Samsung. So the newer fab and slightly better chipset design result in better thermal performance and better battery life as well.

Xiaomi also claims that the vapor chamber is now 65% larger than last year and there is 125% more thermal material (heat sink tape) on the 12T Pro. I took quite a few videos during this review, my kid played a lot of Genshin impact on a long road trip and there were no slowdowns or thermal management issues.

Battery, Charging and Audio hardware are unchanged from last year 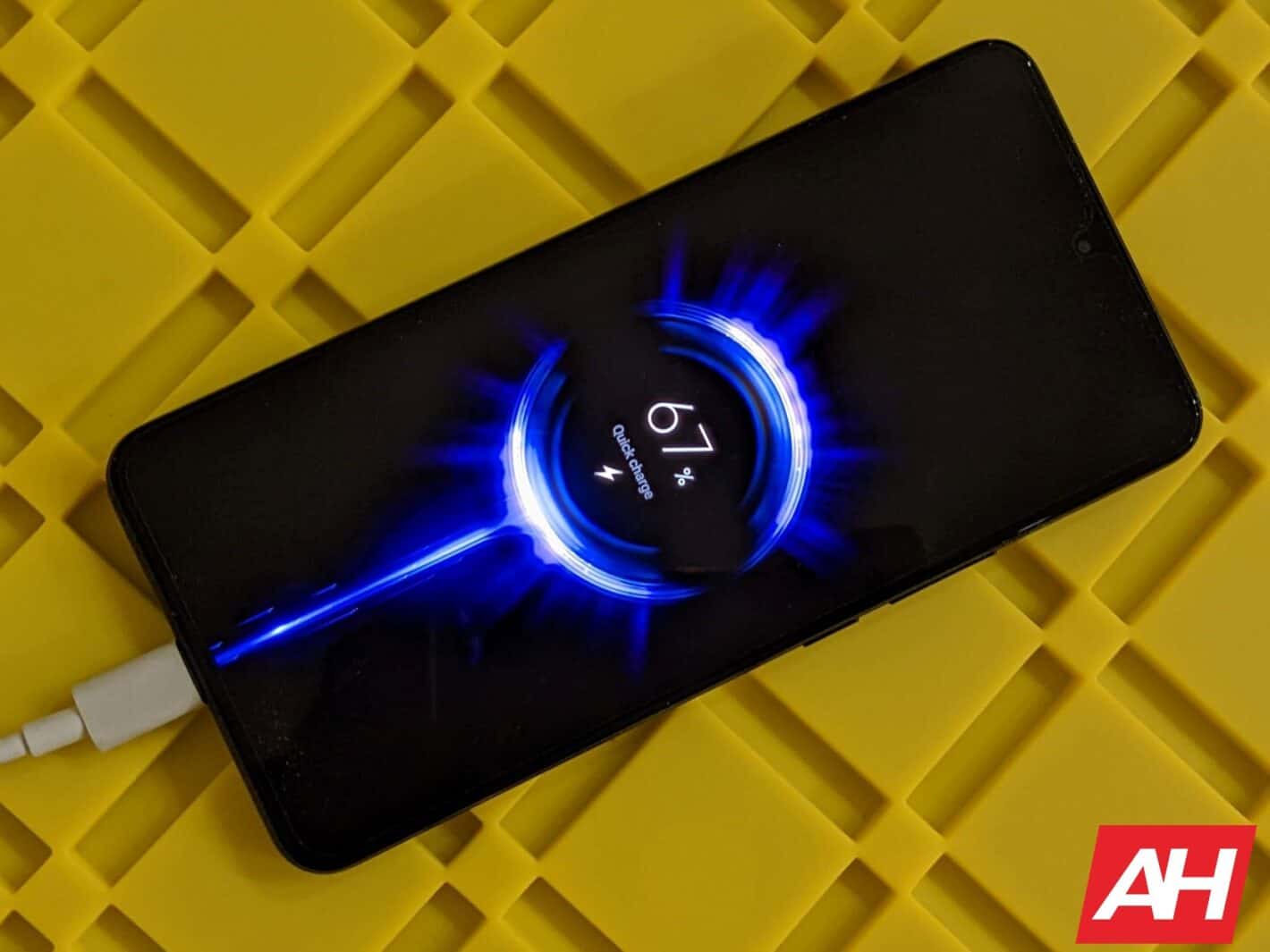 Xiaomi 12T Pro has a large 5,000 mAh battery and comes with a 120W HyperCharge brick in the box. Note that since Xiaomi uses a proprietary standard to communicate with the device, you need to use the USB-A to USB-C cable included in the box. This will help you get the maximum benefit and not have a negative impact on battery performance over time.

With a more efficient processor and display, the SoT on this device is consistently 6+ hours. This means you can go a full day without having to charge. If you decide to game for a couple of hours the 120W HyperCharge brick will get the phone up from zero to 100% in about 20 minutes. Bottom line, this phone will make sure you have zero battery life anxiety. 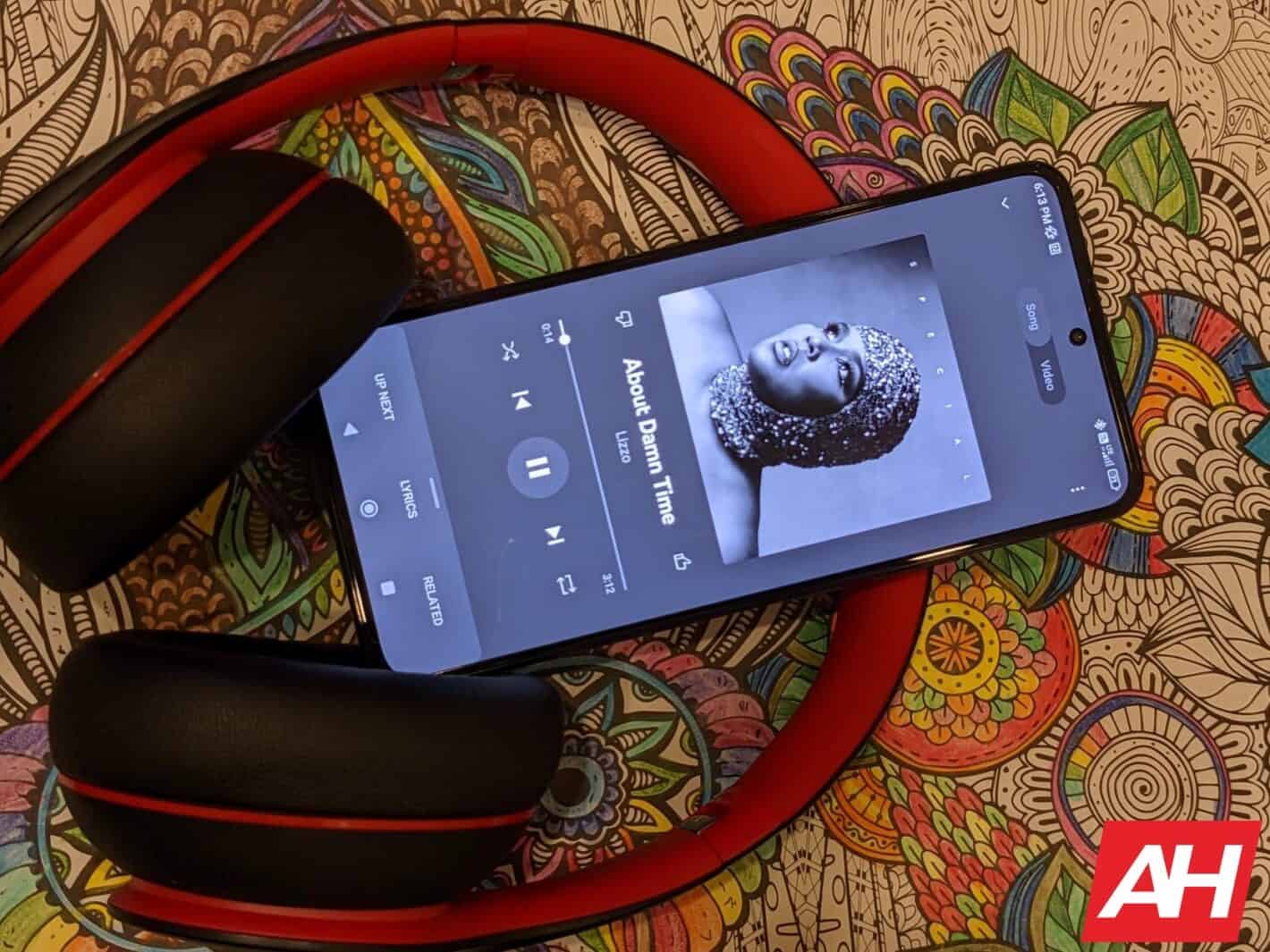 The Harman Kardon tuned dual speakers are loud and clear. Perhaps some of the best stereo speakers from the newer phones. Audio is same as last year but unlike the 12 Pro it only has dual speakers not 4.,

Dual stereo speakers tuned by Harman Kardon sound great. They are loud – in fact, louder than the Pixel series or iPhone 13. Only minor issue is that the bass is a bit lacking compared to the other devices. But you will probably never have to crank the volume slider up to 100%. I bet, most people will want to turn the volume slider down because the speakers are genuinely loud. Oh and these speakers support Dolby Atmos which is a nice bonus.

We have seen way too many Xiaomi devices here at AndroidHeadlines this year. So in terms of software, there isn’t much to add to our other reviews. A couple of things to note. This is a top-tier device so there aren’t any intrusive pop-up ads in the software UI which is great. Secondly, Xiaomi is now promising three years of OS updates and four years of security patches with the 12T Pro. This brings them at par with Google and just slightly behind Samsung. This is excellent news for people looking to buy the 12T Pro.

Our review unit came is running MIUI 13 on top of Android 12. There was an OTA update a few days ago and the latest version is MIUI Global 13.0.9 with the September security patch. In terms of software, I think it is clean without excessive bloatware and you can pretty much uninstall the few extra apps that come pre-loaded. Overall experience isn’t too different than a Google Pixel. And unlike Samsung, there aren’t a lot of duplicate apps which is nice.

Main story is the 200MP camera 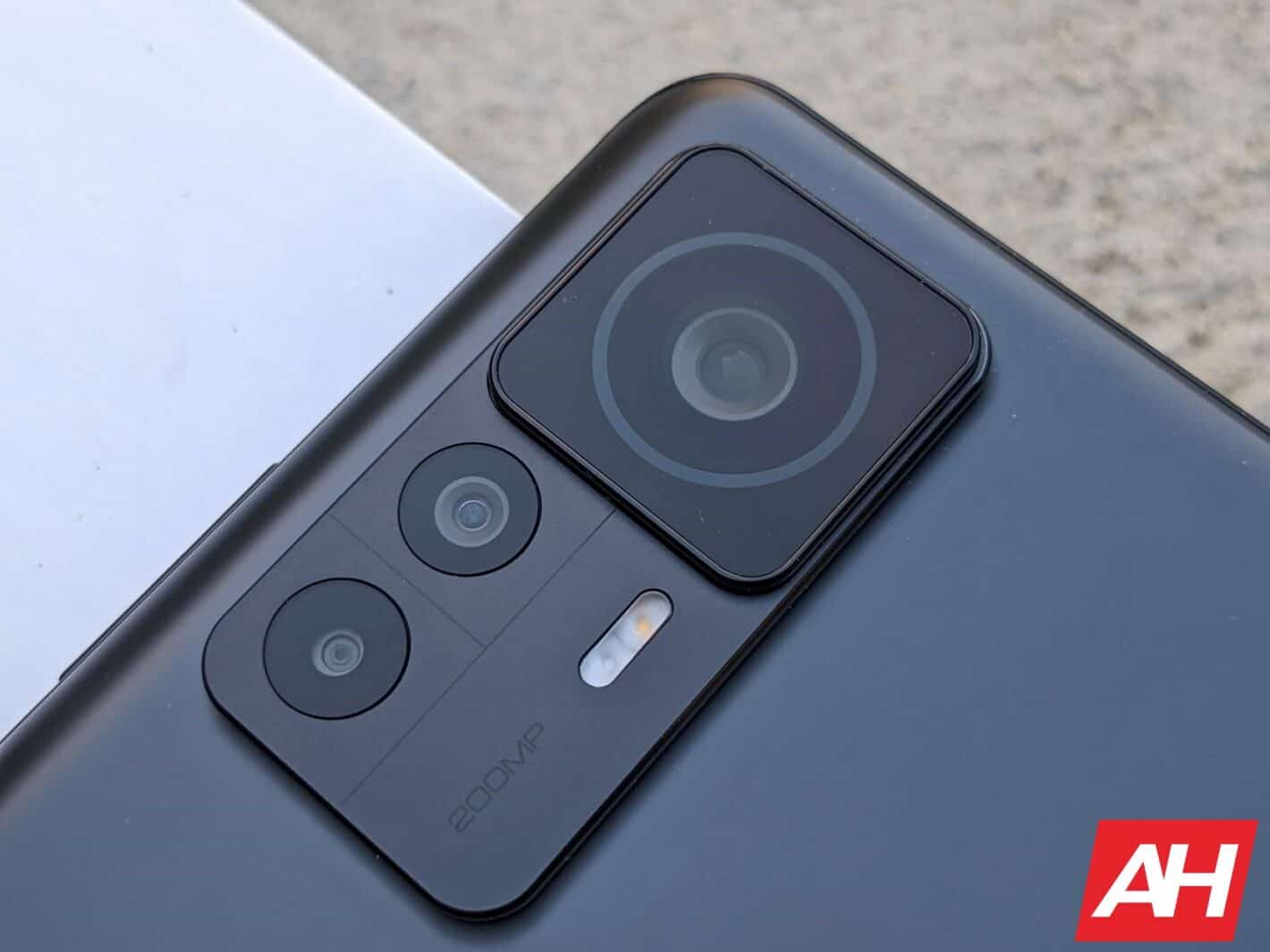 Xiaomi 12T Pro is the second device, after the Motorola Edge 30 Ultra, to use Samsung’s 200MP ISOCELL HP1 sensor. There is no telephoto camera on the 12T Pro because the massive 200MP main sensor is easily able to offer 2X zoom. For a phone that does not have a telephoto camera, you will be surprised at the 2X zoom from the 200MP sensor. Just check out the photo below. 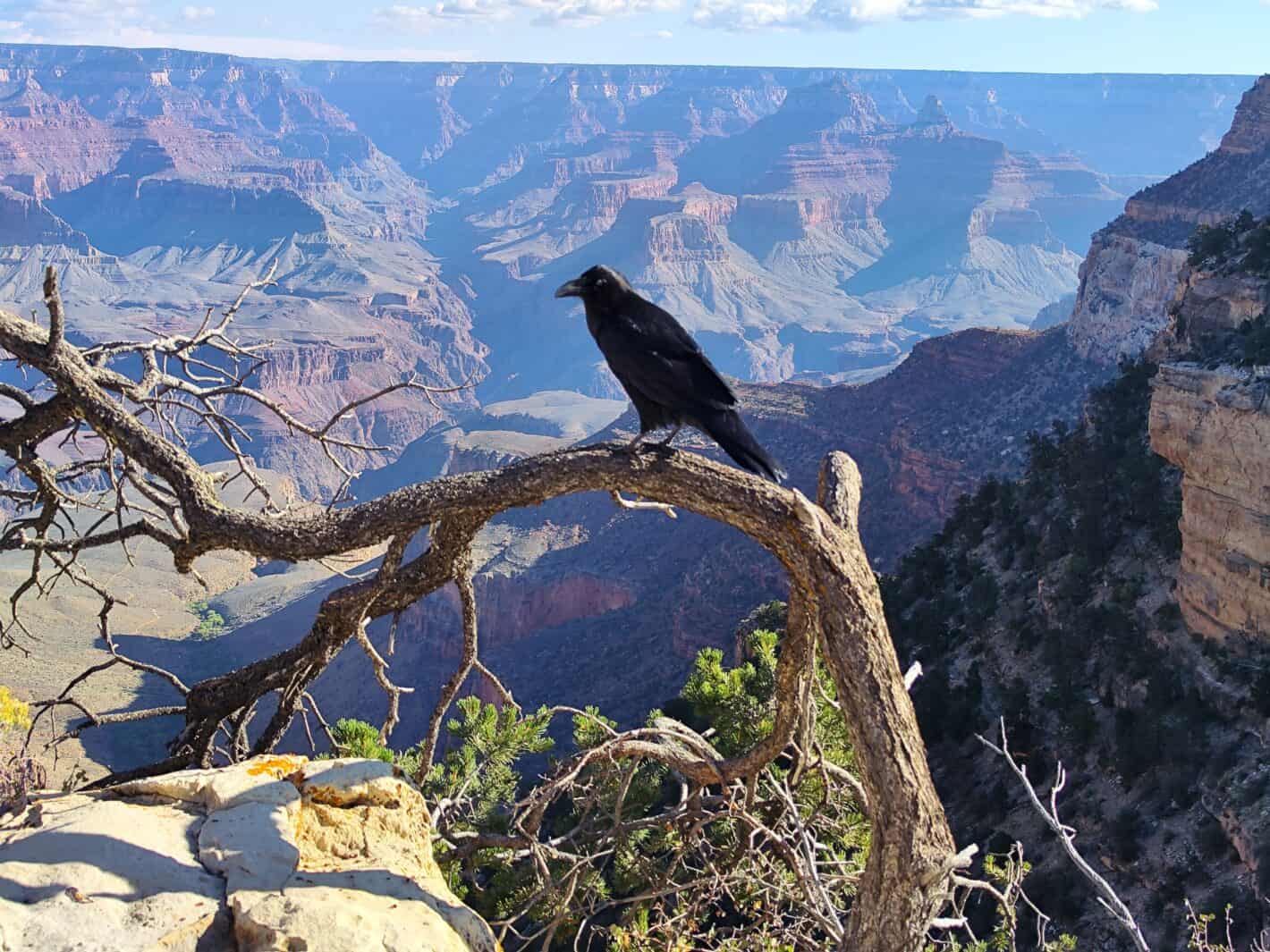 The 200MP sensor does an excellent job for daytime pictures and videos. Colors are vivid, white balance is excellent, good contrast and dynamic range. To keep the colors from being too saturated, I recommend you turn on the AI only when absolutely necessary. Check out some stellar shots of the Grand Canyon in our Flickr camera samples gallery.

The ultrawide camera produces good results in the daytime. The color science is slightly off compared to the main camera in my opinion. For better ultrawide results you may want to look elsewhere. However, the main camera is the reason to buy this phone.

Night time pictures are great from the main camera. But since this is a really good sensor you may want to keep Night Mode on only when the lighting is quite poor. In decently lit scenes Night Mode produces good-looking results at first glance but there is quite a bit of loss of detail.

The story is reversed on the ultrawide camera. I suggest you use Night Mode as much as possible to get some good-looking pictures.

Connectivity is excellent as usual on a Xiaomi device 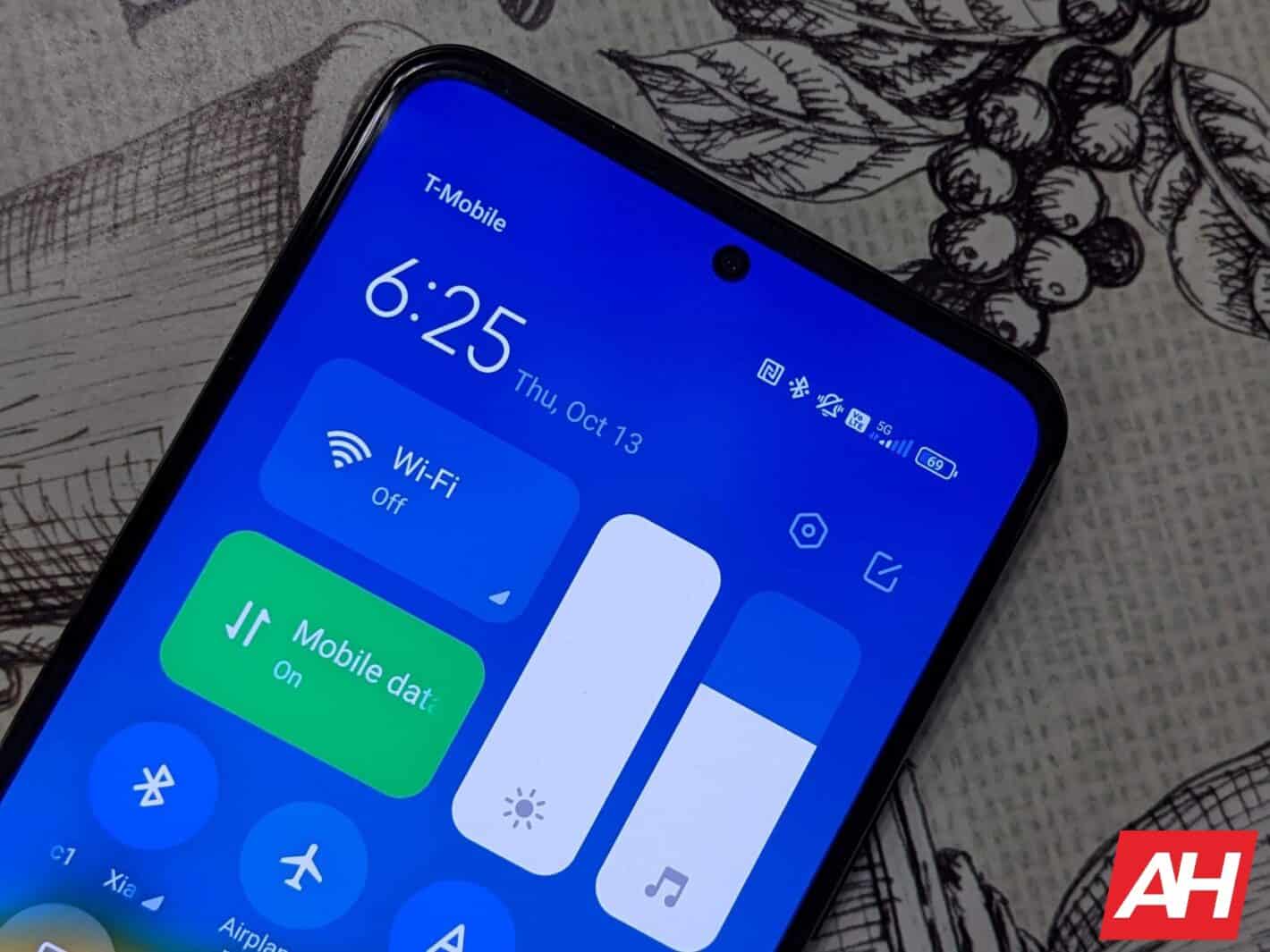 The nice thing about the Xiaomi 12T Pro is that it gets 5G VoLTE right out of the box. That is on T-Mobile here in Southern California. I believe Verizon and AT&T do not support Xiaomi or other Chinese devices.

Now data download speeds are horrible but they are equally bad on all my devices so nothing odd to report on that front. Besides 5G, you get NFC, Bluetooth 5.2 with aptX HD support, and an IR blaster. You can also access Nearby Share, Mi Share, and Cast right from the quick settings menu which come in handy in certain situations. 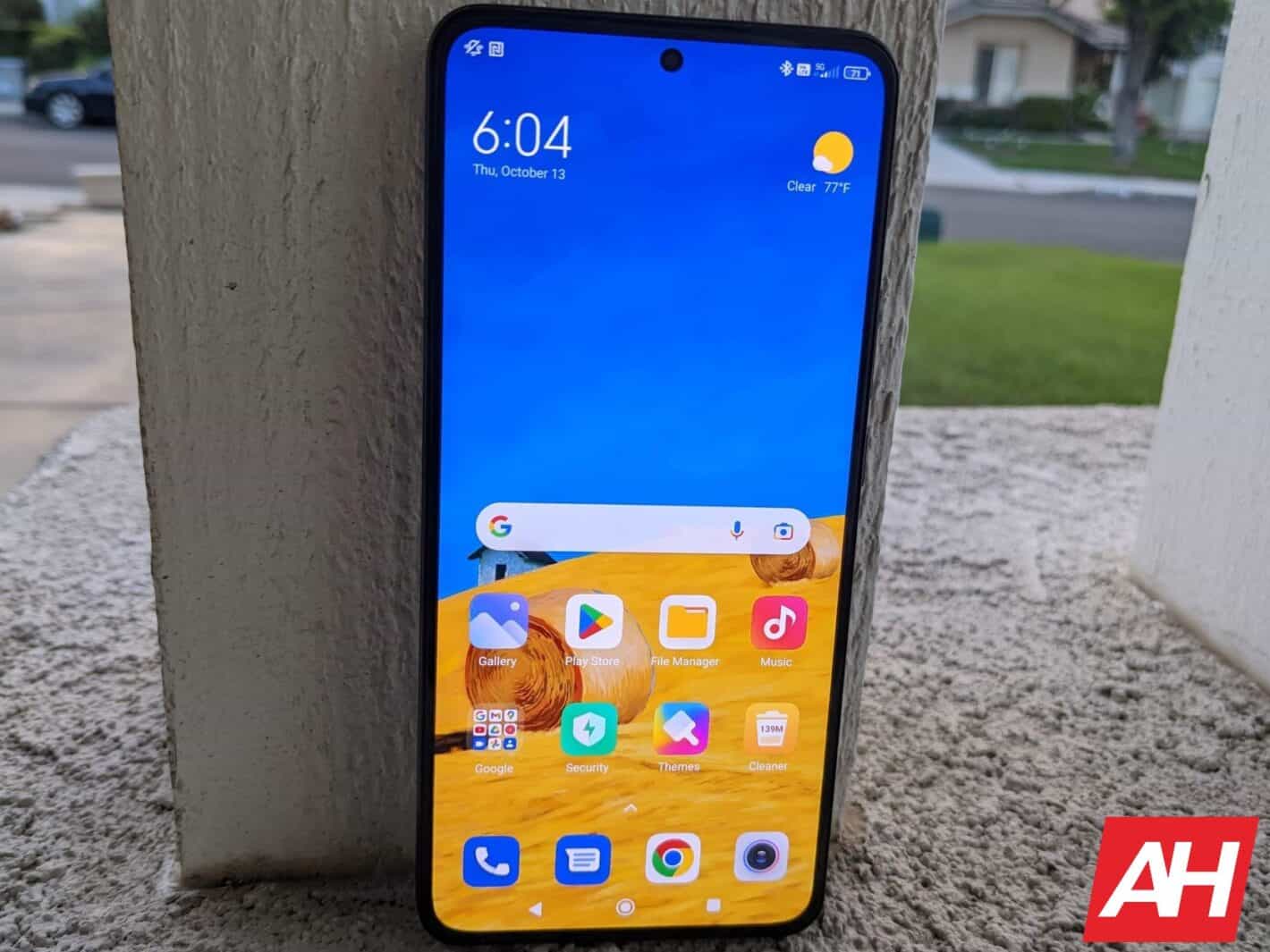 The question to ask here is, what are we getting for a bump of about €100 in base price from last year? Basically, the premium is for the latest and greatest Snapdragon processor. Followed by the superlative jump to a 200MP main camera sensor. Besides these two big upgrades, there’s a better display with an integrated fingerprint scanner. Not to mention an absolutely stellar haptic motor.

Xiaomi also didn’t mess with the battery capacity, the 120W HyperCharge support, or the excellent dual stereo speakers.  You also get 5G connectivity, a clean software experience, and 3 years of OS updates. Overall the 12T Pro has a lot of great things packaged in a great modern-looking design.

The 12T Pro starts at €750 for the 8GB / 128GB version. At first glance, it seems that it is priced quite well. But if you look closer, the pricing splits the difference between the Pixel 7 and Pixel 7 Pro. I would argue that for a little bit more the Pixel 7 Pro offers a better display, better software smarts, and a better overall camera experience.  And if you want to save a bit of money then definitely don’t overlook the base Pixel 7 if it is available in your country.

Alternatively, the Xiaomi 12 Pro from earlier in the year might be available on sale for a comparable price. That device offers a better display, better audio, and a better overall camera experience. So it is going to be up to you to decide if the 12T Pro is worth your hard-earned money.