NBCUniversal and the WWE announced in February 2021, that it had signed a deal to bring the entire WWE Network over to Peacock starting on March 18, 2021. Essentially killing the WWE Network in the US, and making it even cheaper for WWE fans to get all of the monthly PPVs, as well as WrestleMania. And still get access to a ton of non-WWE content too.

But as always, there’s a lot of questions surrounding this move, like whether or not everything from the WWE is included in the Peacock Premium plan. Or if you need to pay extra for each PPV like you would with UFC on ESPN+. So in this post, we’re going to aim to answer all of your questions.

When will the WWE launch on Peacock?

WWE officially launched on Peacock on March 18, 2021. That’s the Thursday before the first PPV that will be available on Peacock – Fastlane. Which is also the last PPV on the Road to Wrestlemania.

The entire WWE library won’t be ready for launch day though. Peacock notes that most of the recent PPVs won’t be available on Peacock until later on. Right now they are saying “by Summerslam” which takes place in August. Meaning that wrestling fans could go several weeks or months without some of the more recent PPVs from WWE.

How much will this cost me?

Here’s the beauty about this deal between the WWE and NBCUniversal, it’s actually going to cost you half as much as the WWE Network cost you.

You can get access to the full WWE library of content on Peacock Premium. Which is $4.99 per month, and if you’re a Comcast or Cox customer, you actually get that plan for free. Instead of the $9.99 per month that the WWE Network charged you for everything.

On top of that, you also get access to the entire Peacock library of content, which is pretty vast. Giving you a lot more content to watch, for a whole lot less. 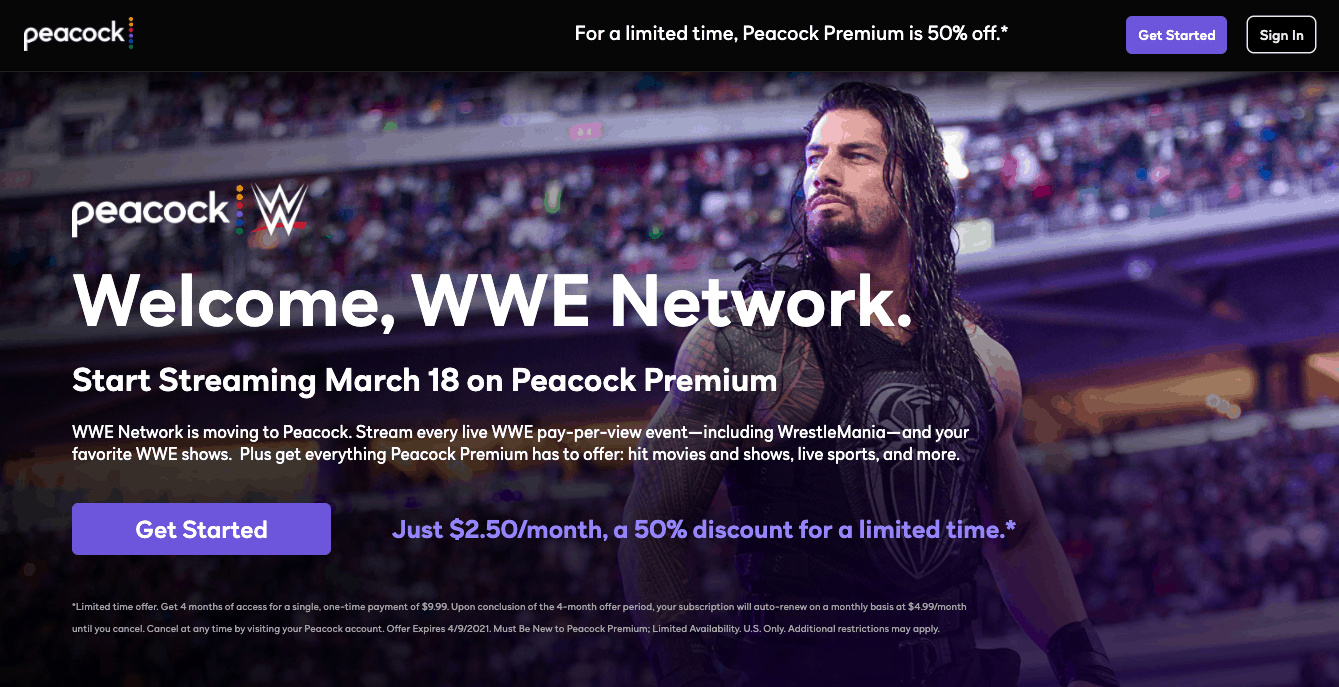 Switch to Peacock for half price – limited time only

For a limited time, Peacock is offering its service for half price, in time for the launch of WWE on its network. So if you switch over to Peacock now, you can get the service for just $2.50 per month for the first year. That’s going to make this a much sweeter deal to get all of the wrestling fans over to Peacock in time for Wrestlemania in April.

You can sign up for Peacock and take advantage of this deal by clicking here. And use promo code PEACOCKMANIA.

What happens to my existing WWE Network gift cards?

A very popular aspect of the WWE Network, was allowing users to buy gift cards and use it for their subscription. But with the Network sunsetting on April 4, those gift cards will turn useless. So what can be done with them?

The WWE hasn’t come up with a plan just yet on what to do with these gift card balances, but they will likely credit you, or turn them into WWE Shop gift cards, so you can buy some merchandise.

Will my account get credited for the remaining balance?

If your WWE Network subscription renews on April 1, and the Network shuts down on April 4, you’re definitely not getting your full $9.99 worth. And the WWE has said that they will credit users for a pro-rated amount.

The thing to do here, is to cancel your WWE Network subscription now, so you don’t have to worry about the pro-rated amount that the WWE might give you back.

What’s happening to the WWE Network?

The WWE Network will still be up and running in the US until April 5. So you can watch Fastlane on either Peacock or the WWE Network. However, Wrestlemania which is a two-day event once again, taking place on April 10 and April 11, will be exclusively on Peacock.

What WWE programming will be available on Peacock? 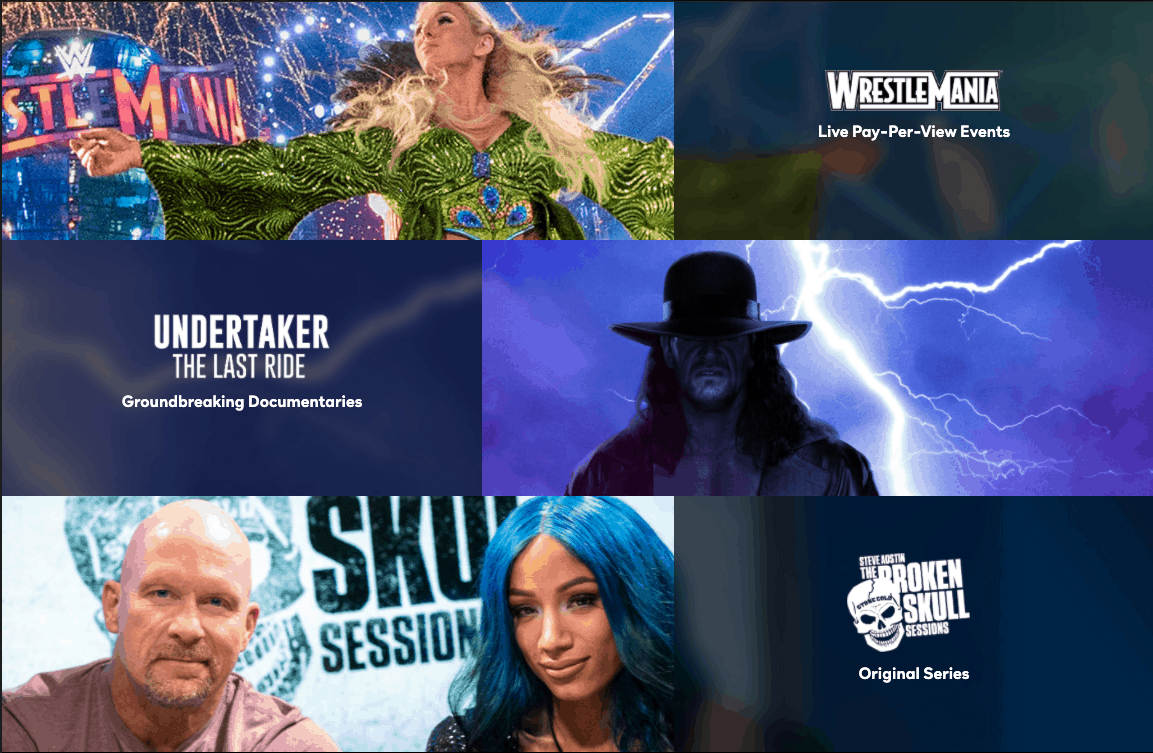 Just like on the WWE Network, Peacock will bring you every live WWE pay-per-vew event, along with every WWE, WCW and ECW pay-per-view in history. There’s also thousands of hours of on-demand programming. This includes original series, documentaries and your favorite shows from the WWE Archives.

Like with the WWE Network, you won’t be able to watch Raw or Smackdown on Peacock immediately. Replays will be added 30 days after they air on the USA Network and FOX, respectively. However, NXT episodes will be available on Peacock the next day.

Do I need to pay extra for PPVs?

Unlike ESPN+ and the UFC, Peacock is including all PPVs in the price of Peacock Premium. So that $4.99/month price you’re paying brings you all of the PPVs that WWE will put on each year. There are usually 12 PPV events per year (this does sometimes fluctuate though), roughly one per month. These would normally cost at least $60 per pay-per-view, and you’re getting it for about $5. That is a really incredible deal.

The WWE and Peacock have done a great job of making it easy as can be to switch over to Peacock to watch all of its content.

What devices are support for streaming Peacock?

Peacock is available to stream on most devices. Below, you’ll see the full list of supported streaming devices for Peacock.

Mobile and Tablet Devices:
Android: 6.0 or above
iOS: 12 or above

Android TV: Peacock is supported on a wide variety of Android TV-enabled Smart TVs, such as Sony Bravia, and set-top boxes, including NVIDIA Shield, running Android OS 5.1 and above.

Apple TV: Apple TV HD (4th Generation or above) with tvOS 13 or above

Chromecast: 1st Generation or above, including Chromecast with Google TV

Will WWE on Peacock look similar to the WWE Network?

And while we don’t yet know exactly what it will look like, Peacock has shared some images of what it’ll look like. There will be a new shortcut in the top navigation bar, for WWE. Click on that, and it’ll look like the WWE Network for the most part.

From there, you’ll see featured content, with recent PPVs, and then it’ll dive into other aspects of the WWE library from there.

The one thing that will be missing though, is the 24/7 streaming channel. When you log into the WWE Network now, there is always something that is “live” usually reruns, but it is actively streaming. That is not available on Peacock, at least not yet. Now Peacock does offer up some live streaming channels itself, so that might change in the future. We’ll have to wait and see on March 18 when it launches.

Because this is being done through Peacock’s interface, the search won’t be as extensive as the WWE Network’s search functionality was. So when you search for something that’s related to WWE, you may not immediately find what you were looking for. For example, if you search for a wrestler’s name like “Bray Wyatt”, you might not find a whole lot available on Peacock.

This should get refined over time. And when you search for shows, those should be pretty easy to find.

One of the best features of the WWE Network is the match markers. Basically when you open up a PPV, it’ll show markers for different matches. This is very useful when you open a longer PPV like Wrestlemania which is typically 6-8 hours long, with many, many matches on the card. So you can easily skip to the match you want to see.

That feature won’t be available on Peacock. Again, because this is using Peacock’s own user interface and not the WWE’s. Which is very unfortunate.

What else is available on Peacock? 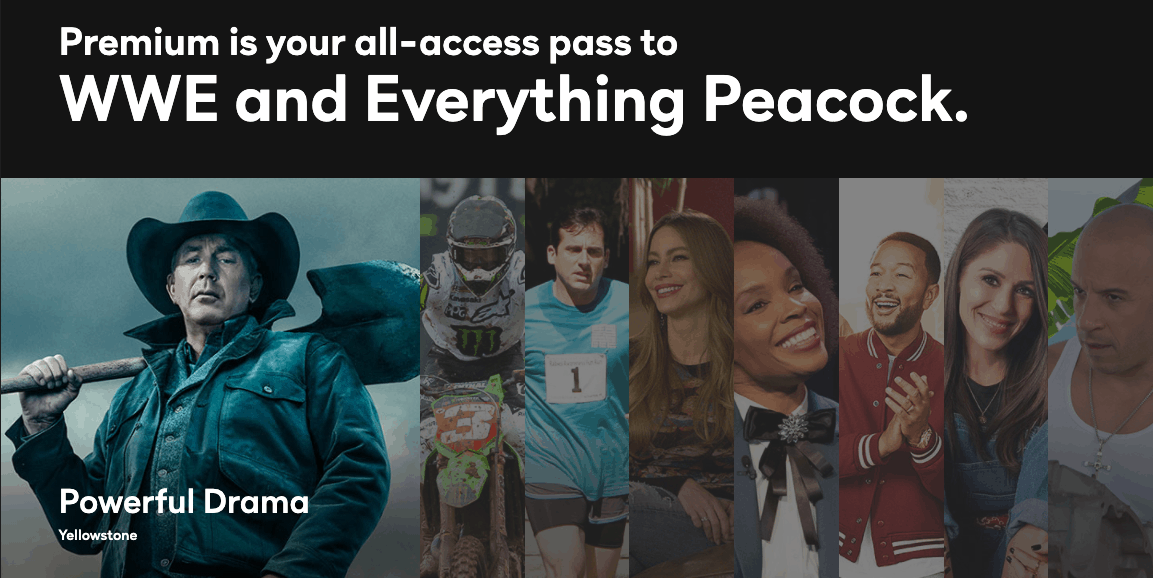 Peacock also has some themed channels. Which is what makes it a big differentiator from other streaming TV services out there. These channels are not actually live streams, but instead act as curated, themed feeds.

One of the more popular ones is the Today All Day channel. Which is an extension of its daily morning show. It combines show clips with Peacock-exclusive segments from Today show hosts.

There are also curated channels for The Office, SNL and Keeping up with the Kardashians. These channels are great for those that just want to watch these shows, and don’t really care about watching them in order.

Peacock has every episode of Saturday Night Live, The Office, Keeping up with the Kardashians, among many other popular shows. Here are some of the more popular shows that are available to stream on Peacock right now:

Here are some of the more popular movies available on Peacock right now:

As is the case with any streaming service, Peacock also has a ton of originals that are available to stream, exclusively on Peacock. Here are some of them.