Skip to content
Advertisement
Trusted By Millions
Independent, Expert Android News You Can Trust, Since 2010
Publishing More Android Than Anyone Else
37
Today
37
This Week
378
This Month
4297
This Year
121882
All Time
Advertisement 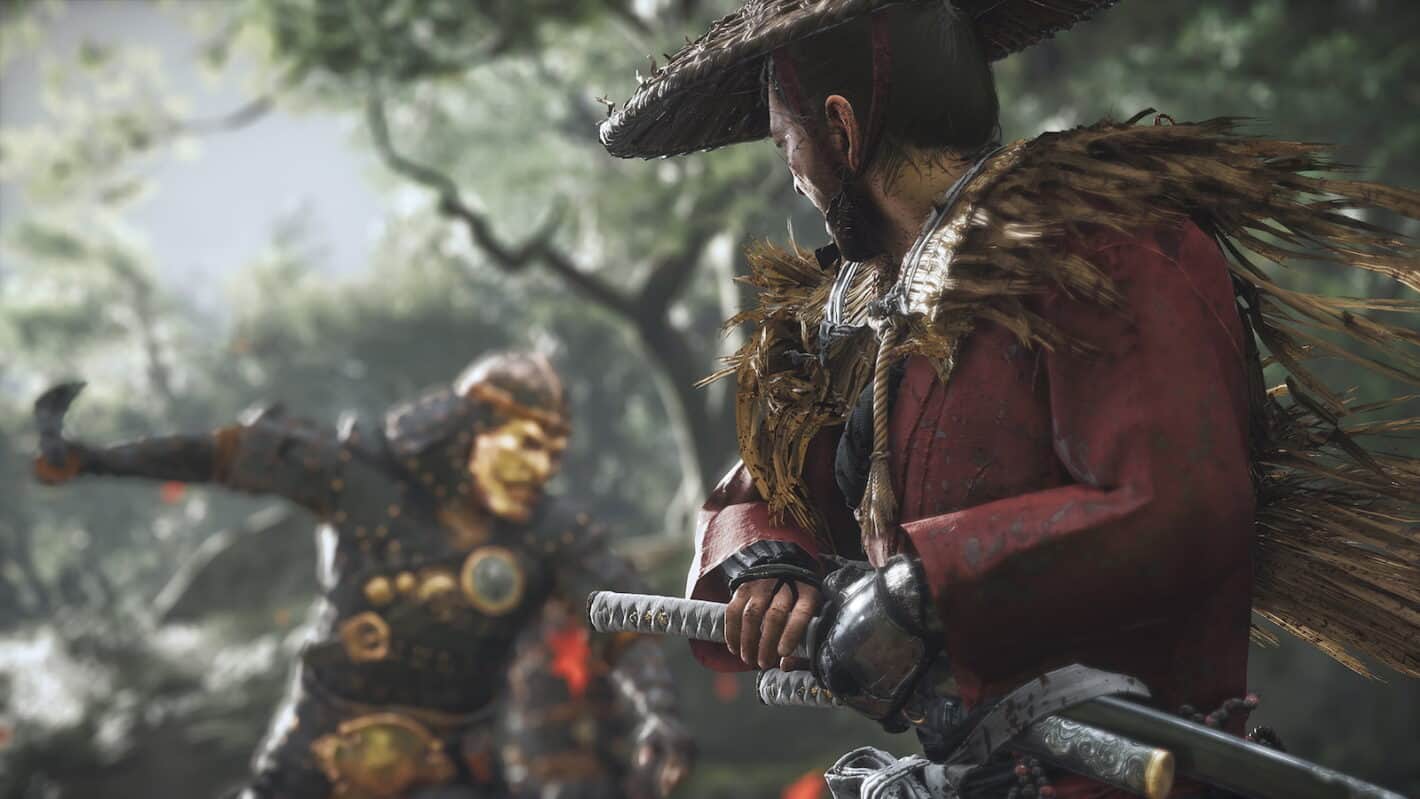 It comes with numerous benefits that you definitely want to be able to take advantage of if you own a PS4 or PS5. But what exactly is PlayStation Plus? In this guide we break the whole thing down. Explaining your different subscription options, pricing, features, and more.

What Is PlayStation Plus?

Sony’s PlayStation Plus is a service that you subscribe to for your PlayStation console. It’s available for both PS4 and PS5 owners, and serves as a way to get free games every single month just for subscribing to the service.

One of its other benefits is online play. PlayStation Plus is required for online gaming on PS4 and PS5. Meaning if you want to connect to the internet for multiplayer games like Call Of Duty: Warzone, Fortnite, and more, you need to be subscribed to PlayStation Plus.

Beyond being a prerequisite for accessing online gaming capabilities, PlayStation Plus will afford you at least one or two free games every single month. And as long as you stay subscribed you will get to keep access to those games.

What does PlayStation Plus cost?

For instance, if you go with 1-month subscription, the normal cost of the Essential plan is $9.99 a month. And will generally be the cost no matter where you get your subscription.

Even if you don’t find them on sale, the 12-month subscription is the best value. Because you’re spending $60 for 12 months worth of the service. If you buy that in 1-month amounts, you spend double that. So if you know you’re going to keep it for a year at the least, going with the 12-month option saves you the most money.

What are the free games PlayStation Plus gets every month? This will change from month to month. You have the whole month to claim them, as well. So if you don’t grab them right away, not to worry. As you won’t be rushed to claim your free games the moment they go live.

That being said, as long as you claim the title that’s being given away each month, you’ll have access to it forever. Even if you cancel your subscription at any point in the future, the games never leave your library. You won’t be able to play them however, unless your subscription is active.

You can read about the most recent games added to the service below.

PlayStation Plus monthly games for December, 2021

For the month of December, Sony announced at the beginning of this month that it would be adding Mortal Shell, LEGO DC Super Villains, and Godfall Challenger Edition to the service for free. All three games were made available on December 7.

PlayStation Plus monthly games for January, 2022

For January, Sony gave away DIRT 5, Deep Rock Galactic, and Persona 5 Strikers. The PS4 and PS5 versions are also available for both DIRT 5 and Deep Rock Galactic. So you can download whichever one is most appropriate for your console. You still have a few more days to claim these too. So don’t miss out.

PlayStation Plus monthly games for February, 2022

Sony recently announced the games coming to PlayStation Plus for February, and it includes three titles. UFC 4, Planet Coaster Console Edition, and Tiny Tina’s Assault On Dragon Keep: A Wonderlands One-Shot Adventure. All of these will be available starting February 1.

PlayStation Plus monthly games for March, 2022

Sony has a great lineup of games for March, and it includes three full games and one DLC that will act as a standalone title. First, the three games you can pick up if you subscribe to PS Plus are ARK: Survival Evolved, Team Sonic Racing, and Ghostrunner.

PlayStation Plus monthly games for April, 2022

The titles for April include Slay The Spire, Hood: Outlaws & Legends, and SpongeBob Squarepants: Battle For Bikini Bottom Rehydrated.

PlayStation Plus monthly games for May, 2022

May’s PlayStation Plus games include FIFA 22, Tribes Of Midgard, and Curse Of The Dead Gods. Both FIFA 22 and Tribes of Midgard will have PS4 and PS5 versions available. While Curse of The Dead Gods will only have a PS4 version available for download.

PlayStation Plus monthly games for June

This month, the monthly games for PlayStation Plus are God Of War, Naruto To Boruto: Shinobi Striker, and Nickelodeon All-Star Brawl. This is in addition to all the new games that are available to download and play from the catalog if you have the Extra or Premium plans.

Do I have to install free PlayStation Plus games?

No. You aren’t required to install the games onto your PS4 or PS5 to ensure they stay with you. Claiming them for your library is all that’s required to keep those games.

Then you can routinely play them as you see fit. As noted above if you ever cancel your subscription to PlayStation Plus, you lose access to the games that were offered for free as part of the subscription. But, once you start it back up again access to those games is immediately restored.

So, they stay with you forever. Which is especially important for those with a PS5 given the console’s lower amount of available storage space on the SSD. You can help offset that if you install an M.2 NVMe SSD in the expandable slot.

No. Some games will not require a subscription. Some will. For example, you don’t need a subscription to PlayStation Plus to play Final Fantasy XIV on PS4 or PS5.

You do need a subscription to that game specifically to play it. But for example if this is the only online game you play on PS4 or PS5, then you can simply pay for the sub to that game, and not worry about PlayStation Plus.

If you play other online games, like Call of Duty, Warframe, Destiny 2, The Division, Ghost Recon: Breakpoint, and others, you will need to be subscribed to PlayStation Plus if you want the online features for those games. Also worth noting is that Sony will generally list which games in the store require a Plus subscription and which ones don’t.

Does PlayStation Plus have a free trial period?

Sony does offer a trial period for PlayStation Plus. But there are a couple of things to know about that. First, the trial period lasts for 14 days. So you get the capability to test it out for two weeks before you need to pay for your first month of the service.

The trial period is also only available for first-time subscribers. That means if you’ve ever subscribed to it in the past, you won’t be able to utilize the trial when you re-sub.

Rather you will end up paying for the subscription to start up right away. And because these are tied to your PSN account, you can’t simply start up a new email account and sign up for the free trial that way like you can with some streaming services.

What are some of the other PlayStation Plus member benefits?

In addition to special discounts, free games every month, and availability of online play, you also get a few more benefits with PlayStation Plus. Though this will also change based on which tier of the new plans you choose.

One of the more useful benefits is the increase in cloud storage for saved game data. If you subscribe to the service you have 100GB of cloud storage at your disposal for your game save data. That is a lot for just game save files.

And it’ll come in handy if you have both a PS4 and a PS5 and end up with hundreds of games and saves for all of them. You also get exclusive in-game content that you wouldn’t normally get. Such as character skins and other loot. And there’s also a feature called Share Play.

As the name suggests, Share Play lets you share your gaming experience with a friend. A good example of how this works is inviting your friend to play a game you’re in with Share Play. You can then let them control the game. Which could be useful if you are stuck on a particularly challenging quest.

PlayStation Plus benefits per plan

As plan-exclusive benefits, this varies. PS Plus Essential is exactly what you have with the original PlayStation Plus. Monthly free games, cloud storage for game saves, online play, and game discounts. If you bump up to PS Plus Extra, you get all that and a catalog of 400 games to play including blockbuster titles from PlayStation Studios and third-party partners. These games can be downloaded for play.

PS Plus Premium meanwhile will give you the most features. You get the benefits of both previous plans, in addition to another 340 games in the catalog. This new set of games will include PS3 games for cloud streaming as well as PS1, PS2, and PSP games for download and cloud streaming.

On top of all this, Premium members also get cloud streaming for PS1, PS2, PSP, and PS4 games where PS Now is currently available. Streaming will be usable on PS4, PS5, an PC.

When do the new PlayStation Plus plans launch?

Sony will launch the newly announced PlayStation Plus plans starting this June. It will begin with a phased regional rollout in select Asian markets, followed by North America, Europe, and the rest of the world. It also plans to have most PlayStation Network regions up and running with these new plans by the end of the first half of 2022. So, likely by the end of June or July.

The new PlayStation Plus plans, which include Essential, Extra, and Premium, are now live in North America and South America. They previously launched in Japan on June 2, and Asia on May 23. They’ll also be launching in Australia, New Zealand, and Europe on June 23.

PS5 owners get the PlayStation Plus Collection

Inside the PS Plus collection you get 20 free games. All of which are always with you once claimed. As with the monthly free games though, you need to have an active subscription to play these titles. And they are only available on PS5. With that being said, it might be a good idea to hold off on buying any of the games that are included until you get a PS5. If you don’t already have one that is, and if you haven’t already purchased the games.

As there’s no reason in buying them if you’ll just be able to claim them for free.

Signing up for PlayStation Plus is relatively simple. You will need a PlayStation Network account first. So if you don’t already have one of those, either go to the PlayStation website, or set up a PSN account through your PS4 or PS5 console.