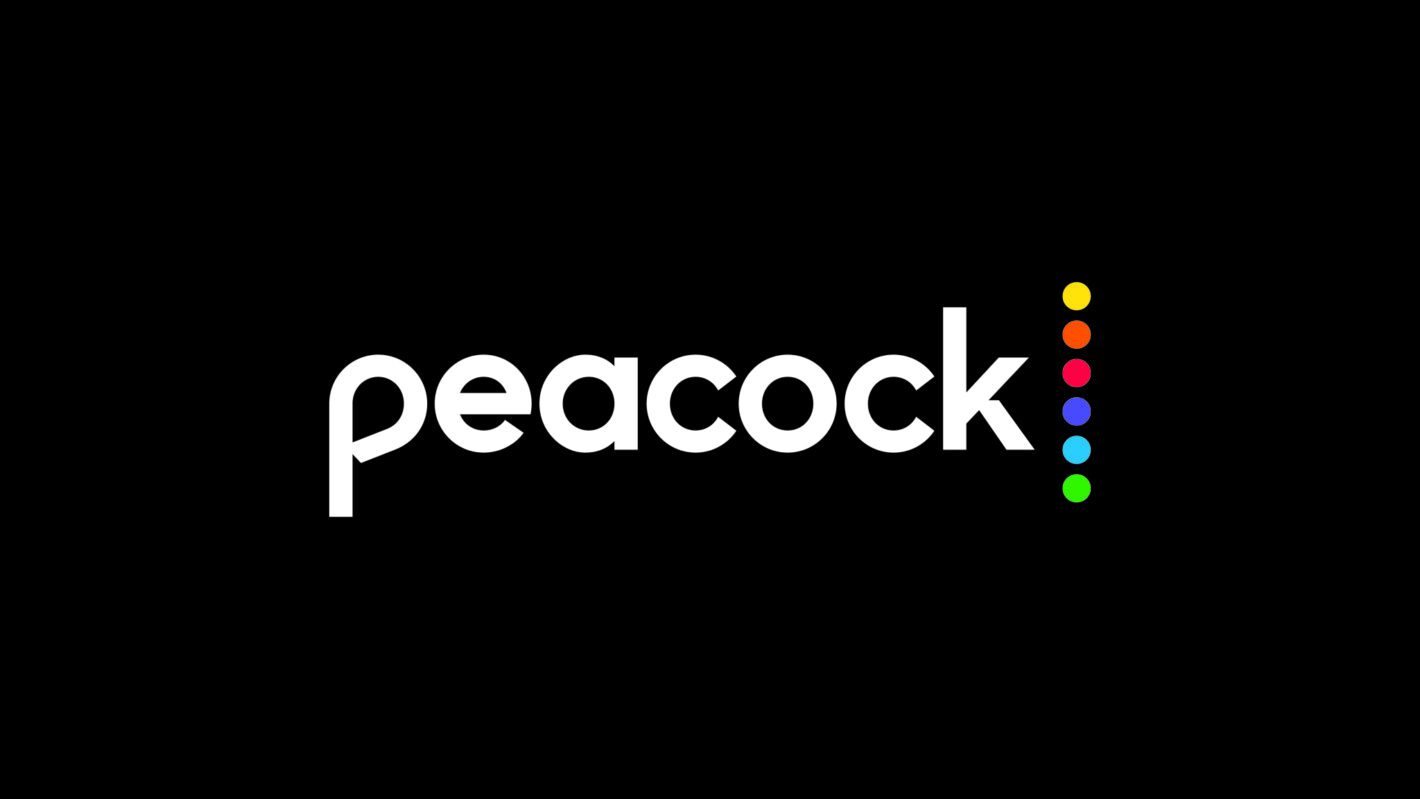 NBCUniversal’s anticipated streaming service has finally launched for everyone, starting today. Peacock, as it is known, is now available for $5 per month or $10 per month without ads.

So here, we’re going to tell you everything that you need to know about Peacock, NBCUniversal’s newest streaming service. And it’ll help you decide whether or not you should sign up.

Peacock is one of the newer streaming services to hit the market. It is owned by NBCUniversal and provides the majority of its content from the properties it owns. Like NBC, E!, USA and others.

Peacock launched in July 2020. And it has three plans. There is a free plan that is available for all users. Though the free tier does not have all of its content. There is about two-thirds of the Peacock library available on that free tier.

This is pretty inexpensive compared to Hulu and CBS All Access which are $6 per month for ad-supported. And Disney+ is $7 but there’s no ads there.

How much does Peacock Cost?

There is an ad-supported Premium tier that is $5 per month (this is the same tier that Xfiniy customers get for free). And then there is a $10 per month tier, called Premium Plus that does not have ads. It does also have a bit more content, like Premier League games. But the biggest reason to get the Premium Plus version is going to be the ads.

Additionally, Peacock Premium Plus gives you more content to watch, including some never-before-seen footage from The Office. Which is now exclusively on Peacock.

If you’re not a Comcast customer, you may be able to get Peacock Premium for free in the near future though. As NBCUniversal is looking to leverage similar deals with Cox and other ISPs. Which is a bit interesting for Comcast (NBCUniversal’s parent company) to try and do, as this could be a real selling point for switching to Xfinity.

It’s worth mentioning that at launch, if you sign up via an Android device – Android smartphone, tablet, TV or Chromecast – you can get three months free.

Where is Peacock available?

Currently, Peacock is only available in US territories (American Samoa, Guam, Northern Marian Islands, Puerto Rico and the U.S. Virgin Islands). NBCUniversal has not announced any plans to launch it in other countries, just yet. But that might change.

On November 15, 2021, NBCUniversal announced that Peacock is launching in the UK and Ireland on November 16.

What is available to watch?

At launch, Peacock will have over 20,000 hours of content available. This is drawing from the pretty large catalog of NBC shows that it owns.

Many of its more popular shows will be available in the free tier. That includes 30 Rock, Parks and Recreation, Saturday Night Live, Psych, Monk, Royal Pains, Columbo and much more. There will also be The Matrix series, the Bourne Films and Jurassic Park franchise.

Peacock Premium expands the library with more content. Which includes Two and a Half Men, House, Frasier, Cheers, Law & Order and much more. It also brings in some Peacock originals. Some of those major original  titles that are available at launch include Brave New World (based on the Aldous Huxley novel), Psych 2: Lassie Come Home, The Capture, and Intelligence. There’s also more on the way through out the year.

Peacock, as expected, is also focusing big on live content. NBC is going to be offering some curated live news and sports coverage. This includes a 24-hour NBC News channel, and there will be a big emphasis on the Olympics, whenever they take place again. It will also include Premier League soccer games, as well as early access to the late night shows. They’ll be available at 8PM instead of the usual 11:35PM and 12:35AM time slots. 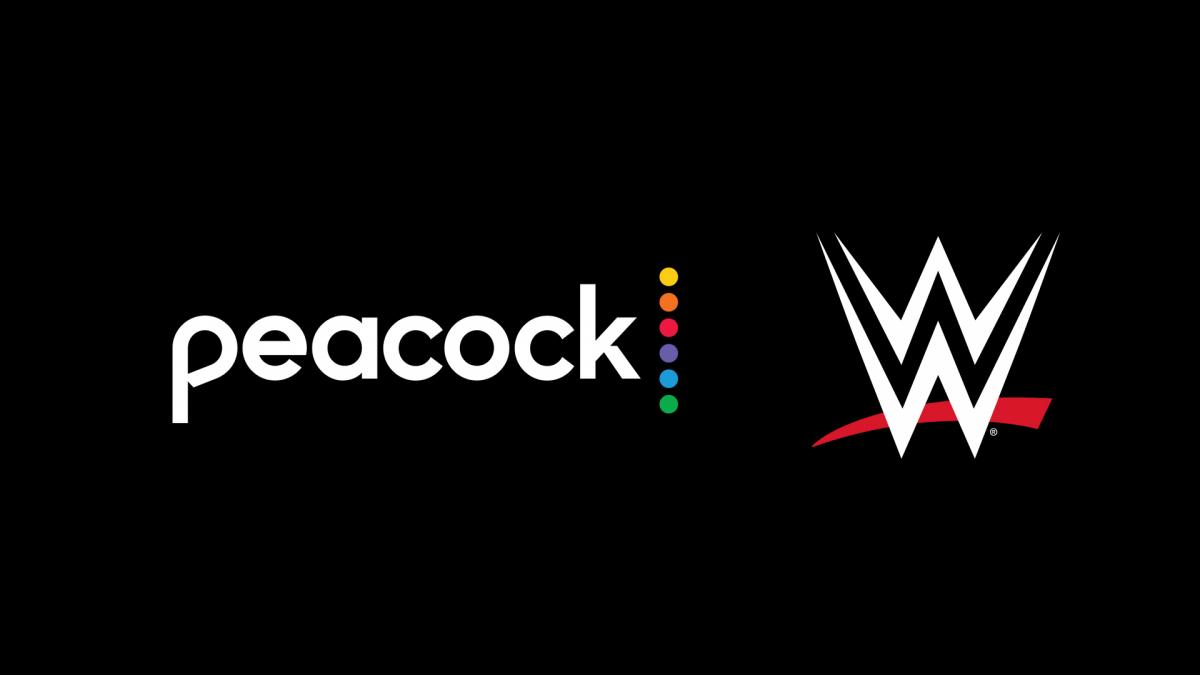 On January 25, 2021, NBCUniversal and the WWE Network announced that Peacock will become the exclusive streaming partner for the WWE starting on March 18, 2021.

With this new deal between WWE and Peacock, the WWE Network will be shutting down in the US in April. And for half the price, you’ll get all of the same WWE Network content on Peacock, plus the NBCUniversal library. Which makes this a really great deal for those that are WWE fans.

Peacock customers will get access to the full WWE library. This includes upcoming PPVs, which are not an extra charge, like the UFC is with ESPN+. So for $4.99 per month, you are getting at least one PPV per month (normally priced at $59.99, or $74.99 for WrestleMania), along with plenty of original content.

You’ll be able to watch plenty of sports on Peacock as well. With the Peacock Premium tier being the go-to streaming hub for sporting events. Including the Olympics, when those finally happen again. Since NBC has been the exclusive USA broadcaster of the Olympics for many years, there will be plenty of Olympic content available on Peacock. Both live and on-demand.

There is other sports-related content available on Peacock too. Including the Paralympics, the US Open, US Women’s Open, and Ryder Cup Golf.

However, as you might expect, the majority sports will be available on NBC’s channels, which are free, over-the-air. And that means Peacock is not needed.

Peacock also has some themed channels. Which is what makes it a big differentiator from other streaming TV services out there. These channels are not actually live streams, but instead act as curated, themed feeds.

One of the more popular ones is the Today All Day channel. Which is an extension of its daily morning show. It combines show clips with Peacock-exclusive segments from Today show hosts.

There are also curated channels for The Office, SNL and Keeping up with the Kardashians. These channels are great for those that just want to watch these shows, and don’t really care about watching them in order.

Update: On January 20, 2022, Peacock started adding local news channels from the NBC affiliates that it owns. That includes:

It is also planning to add NBC 4 New York (WNBC) and NBC 4 Los Angeles (KNBC) in the coming months.

Peacock has every episode of Saturday Night Live, The Office, Keeping up with the Kardashians, among many other popular shows. Here are some of the more popular shows that are available to stream on Peacock right now:

Here are some of the more popular movies available on Peacock right now:

As is the case with any streaming service, Peacock also has a ton of originals that are available to stream, exclusively on Peacock. Here are some of them.

On November 30, NBC local affiliate channels are available on Peacock. But only on the Peacock Premium Plus plan, which costs $10 per month. Here’s the complete list of every channel available:

After the initial launch of Peacock, NBCUniversal brought the service to Roku, Fire TV and the PlayStation 4. Covering just about every platform out there.

Update: On June 24, 2021, Peacock is officially available on Fire TV as well as Fire Tablets.

HBO MAX did something similar when it launched last month, skipping out on Roku and Fire TV. But there is a workaround. Since both of those platforms support Chromecast, and Peacock works with Chromecast, you   can simply Cast content to either Fire TV or Roku.

Peacock launched profiles on May 25, 2021. Allowing you to create up to six profiles on a single account. It’s very simple to setup and start using as well. There is also a kids profile that you can set up and control what content your kid(s) are able to watch on Peacock.

Peacock, does however support three concurrent streams. So you can still share it with your family. And there is also a PIN system available for parental controls, so you can keep kids from watching content they should not be seeing.

Is there 4K and HDR support?

While Peacock did not launch with 4K, it is slowly but surely adding in 4K titles. On August 29, 2022, a few 4K titles started appearing on the service. So it’s likely to add more in the future.

Here are the titles that are available in 4K:

Additionally, 4K Peacock only works on Comcast’s hardware (the X1, Flex and X-Class TV) as well as Roku and Android TV devices. Other platforms are left out for now. But we expect that to change in the coming weeks, as well as additional titles getting added.

It’s a bit odd that all of the 4K titles right now are older movies.

How many people can stream at once?

Peacock is available on most platforms, which means that multiple people can use it at the same time. But how many people can stream at the same time? The answer is three. Peacock allows for three concurrent streams at a time. Which is right on par with the competition. And it means that you can share it with others in your home (or outside of your home).

Unfortunately, as of right now, you can only create one profile per Peacock account. That might change in the future, though Peacock has not announced anything in regards to that happening.

Parents might be wondering about some parental controls for Peacock. And well, that’s not available. Peacock is advertised as a platform that is available for users age 13 and older. And does not give users a way to block contents from kids watching. However, NBCUniversal does say that it has the ability to notify subscribers when a child under 13 has viewed content on Peacock. Though it’s not quite clear how that works.

If you’re an Xfinity customer, you will need to sign up through Xfinity X1 or Xfinity Flex. Just enter your email address and you’re all set. That is the only way to get the service for free as an Xfinity customer though. So you are stuck using their hardware.

Otherwise, you can head to Peacock’s website or download the app and sign up from there. Remember, if you sign up from an Android device, you can get your first three months for free. Which is definitely worth doing.