What is Google Play Store? Well, from the mobile standpoint, it’s an app, though it’s actually a platform. So, it’s essentially far more than that, which is something we’ll get down to in a minute. In this article, we’ll talk about the Google Play Store, and try to answer quite a few questions, most of which are quite basic. That is the point of this article, to share as much information about Google’s Play Store platform as possible. So, let’s get started.

What is Google Play Store?

So, what is Google Play Store? As mentioned in the introduction, it’s a platform. It’s Google’s platform for offering various digital content to its consumers. Contrary to what some people may think, the Google Play Store is not just an app store, not at all. You will find all sorts of content available here. The Google Play Store is home to music, movies, books, and games… in addition to your regular Android applications. 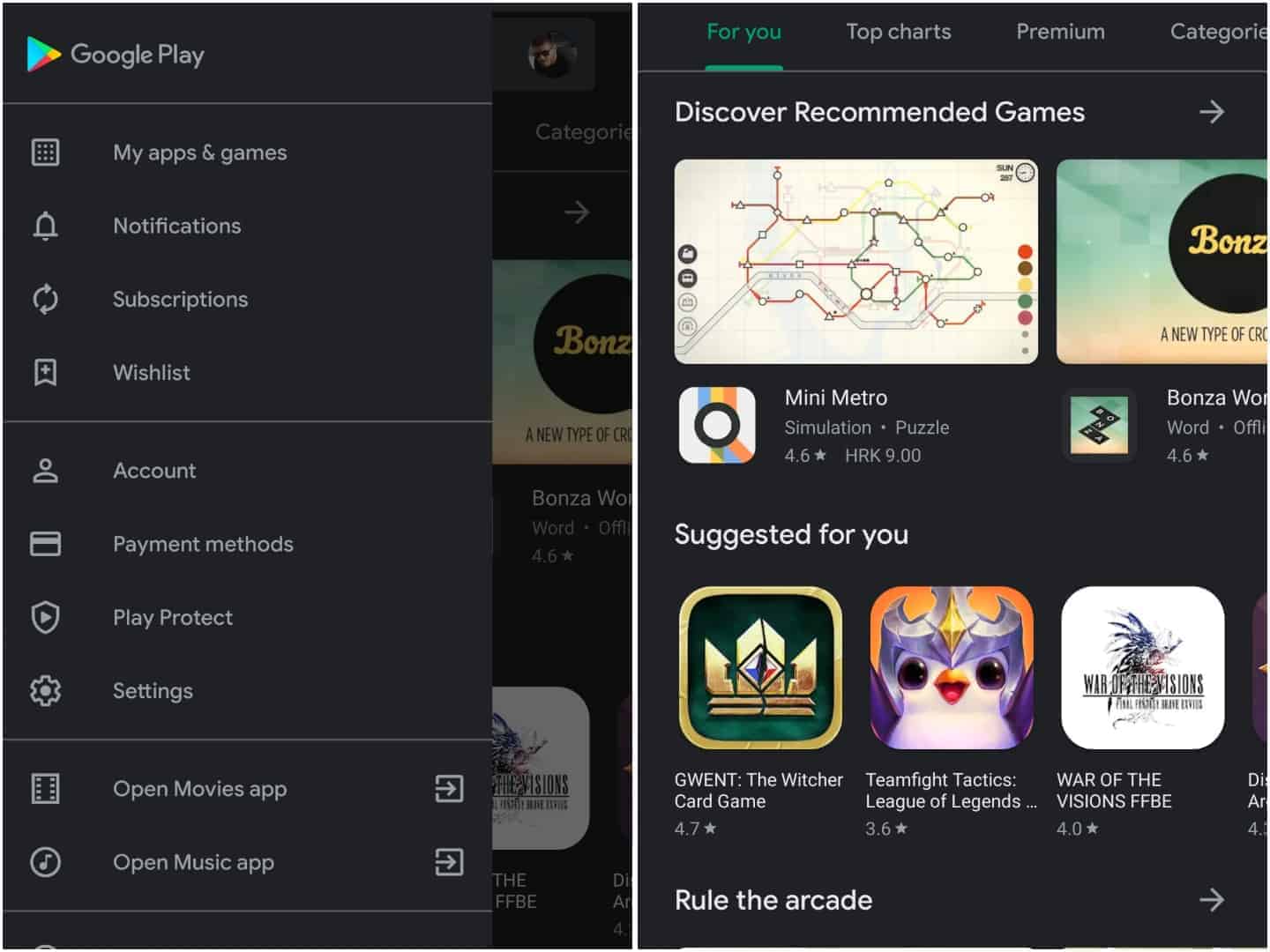 Google is offering a huge collection of music from all around the world, though that requires a subscription, or a one-time payment, as you can digitally purchase content. Movies and books are available to purchase, while there are tons of free apps and games available. Some of those apps / games require payment, some do not, but everything is clearly stated in app listings.

Do all Android smartphones come with Google Play Store pre-installed?

No, they do not. The Google Play Store is pre-installed on smartphones that ship with Google Mobile Services (GMS). Granted, those are the vast majority of phones out there, and the vast majority of phones you can purchase. We are talking about Android as a platform here, and Android is open-sourced. It’s free to use, and manufacturers are not forced to pre-installed Google Mobile Services if they don’t want to, not at all.

Consumers are used to Google Mobile Services, which include a number of pre-installed apps by Google. For that reason, pretty much every smartphone manufacturers which sells Android phones will pre-installed. There are some exceptions, though. Huawei, once of the largest smartphone manufacturers in the world is banned from pre-installing GMS on its phones by the US. There’s a long story behind it, but that was the case at the time of writing this article.

What sort of content can be found on the Google Play Store?

Many people are using the Play Store to get access to the newest music in the market, or get a book to read. Movies are still quite pricey, at least in the vast majority of regions, but that is an option as well. From this point on, the Google Play Store library can only grow further, and who knows, Google may even add TV shows to the mix at some point. The service has been around since late 2008, though it wasn’t called the Google Play Store at first. More on that later, though.

Do I have to download apps from the Google Play Store if it’s pre-installed?

We’ll talk about that in the next paragraph. But before that, let’s just say that the vast majority of users should use the Play Store, and only the Play Store. If you opt to use a third-party store, you should use a legit one. If you sideload Android applications, you should also use a source that is reliable. Otherwise you could get malware in the package with an app you’re getting, and that’s certainly something you want to avoid.

What are Google Play Store alternatives? 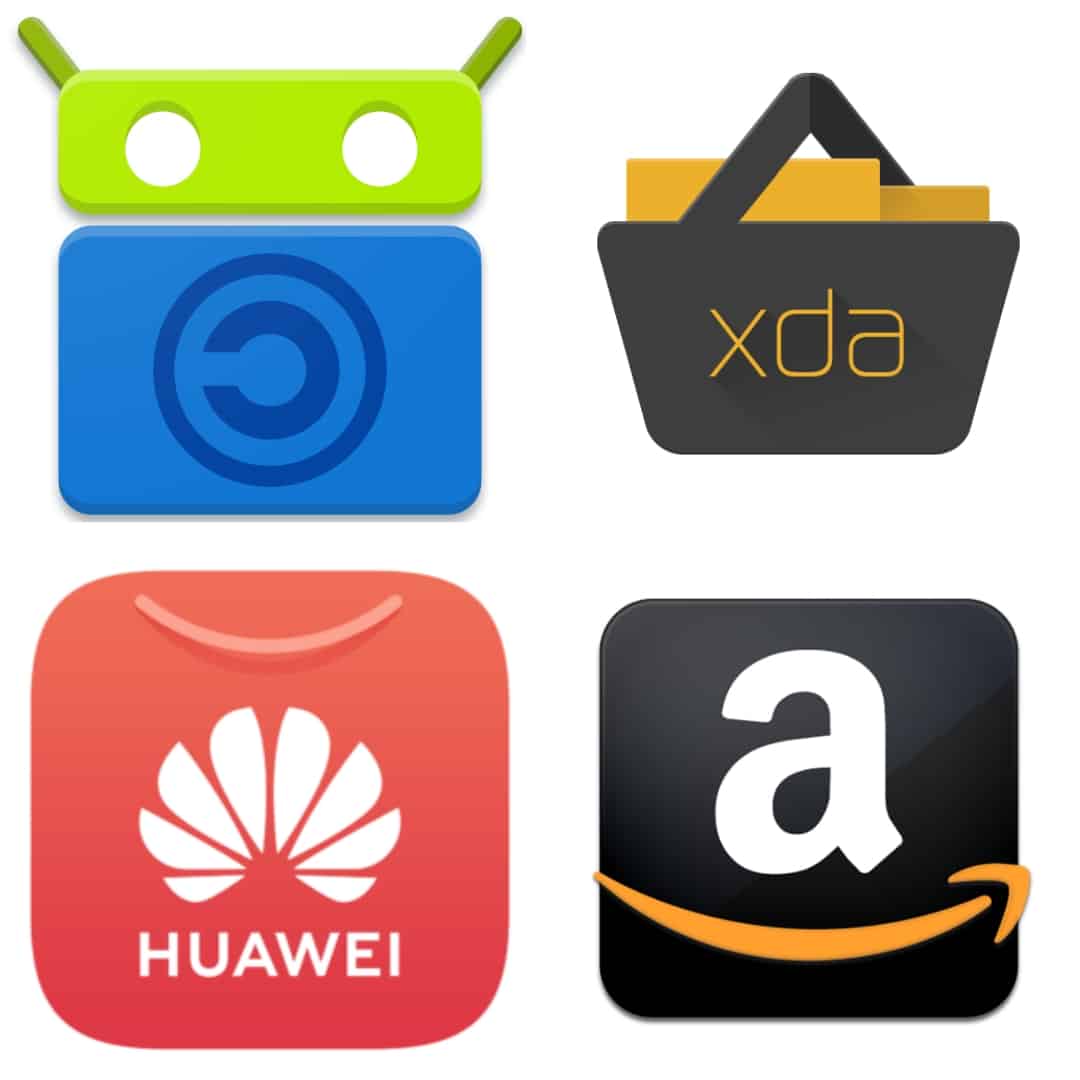 The main reason for that is because they’re breaking the rules, even though those specific apps are not dangerous. Some of them are allowing you to access features Google is blocking, like playing YouTube videos in the background, for example. Good examples of such app stores are F-Droid and XDA Labs. You’ll find a ton of interesting apps there, apps that are not available in the Play Store. The best of all, those apps have been vetted for security issues as well.

Well, sideloading is also an alternative to the Play Store, kind of. If you really want to get the latest version of an Android app that you know is out, but it still did not arrive to your phone, you can always sideload it. Or if you want to install an app that is not available in your region, and thus not visible in the Play Store. You can download the .APK file (Android app file), and install manually on your device.

The procedure is quite simple, as all you have to do is install it, enable your phone to install apps from unknown sources, and that’s it. Just make sure to download those .APKs from sources you trust. The best way to go about it is to visit APKMirror. That website has been around for a long time, and it always verifies signatures for specific Android applications. This is also a great way to get alpha and beta versions of some applications, if you want.

How do I update apps via the Google Play Store?

Updating applications via the Play Store is really simple, and you need to do that via your smartphone This is not even something you have to do manually, as your phone is set by default to update apps automatically. It will do so when you’re connected to Wi-Fi, and check if new updates are available automatically as well. If you’d like to keep it that way, you don’t have to do anything. 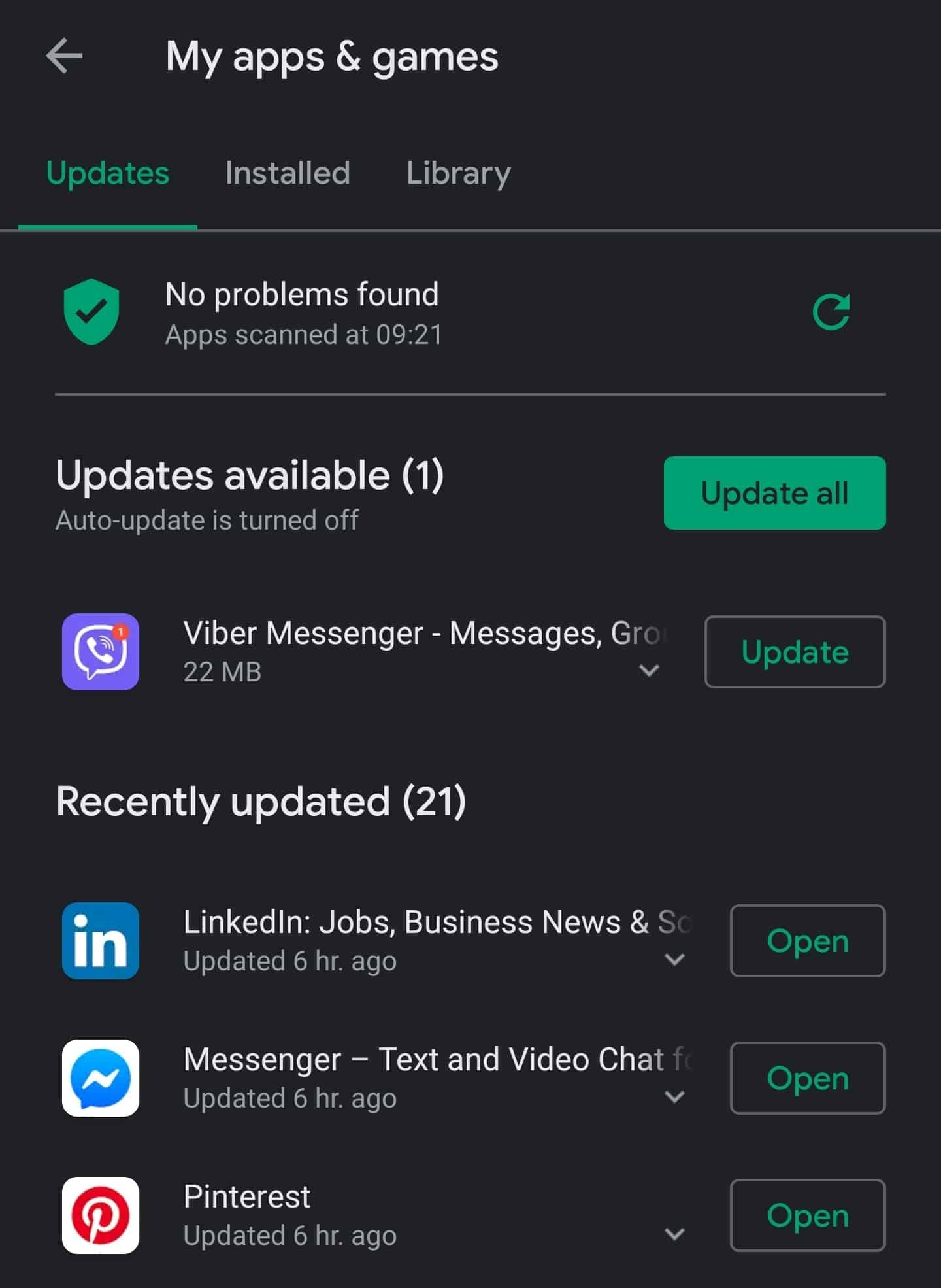 If, for some reason, you’d like to update manually, that is an option. Perhaps you’d like to see the changelog before updating, or something of the sort. First, you’ll need to go to the Play Store options on your phone, and disable automatic updates. Your phone will let you know when an update is available, if you do this, after which you can navigate to the hamburger menu of the Play Store, hit ‘My apps & games’ option, and you’ll see what updates are available. Alternatively, you can hit the notification that let you know updates are available.

How do I uninstall apps via the Google Play Store?

Chances are you already know how to uninstall apps from the app drawer, or your phone’s settings. Well, you can uninstall them via the Google Play Store as well. They can be uninstalled from the same menu that you’d use to update your apps. So, you need to open the app, open the hamburger menu on the left, and then hit the ‘My apps & games’ option. There you’ll see three tabs at the top, Updates, Installed, and Library.

You need to aim for the ‘Installed’ tab, where you can see all your installed apps. You can either open an app from here, or tap on it to be able to uninstall it. This will essentially do the same thing you’d do directly from your phone’s settings or the app drawer. You can even sort apps here to see which ones you’ve installed most recently, check out their reviews, check out how much phone storage your apps take up, and so on.

Yes, the Google Play Store does support a dark theme. It was first made available to Android 10 users only, in 2019. In March 2020, Google pushed it to everyone, basically. There is a physical switch in the Play Store settings. Once you enter settings, you will see the ‘Theme’ menu. Tap it, and there you’ll be able to select System default, Dark, or Light themes, depending on your preference.

The Google Play Store dark theme is now pitch black. It follows Google’s design from its other apps. Google opted to use a really dark gray color here, not exactly black. That’s Google’s choice, and it works, though perhaps it would be a better idea to go all black. It is what it is, though, at least there are options.

Can I uninstall Google Play Store from my phone?

Well, chances are you cannot. If the Google Play Store app came pre-installed on your phone, it’s quite possible that the device won’t let you uninstall it. You can do it if you root your phone, and get admin privileges by doing so, but that’s about it. That goes only if you’ve purchased a phone that is not pre-rooted or something of the sort. If it’s second-hand, it is possible that someone already messed with it. 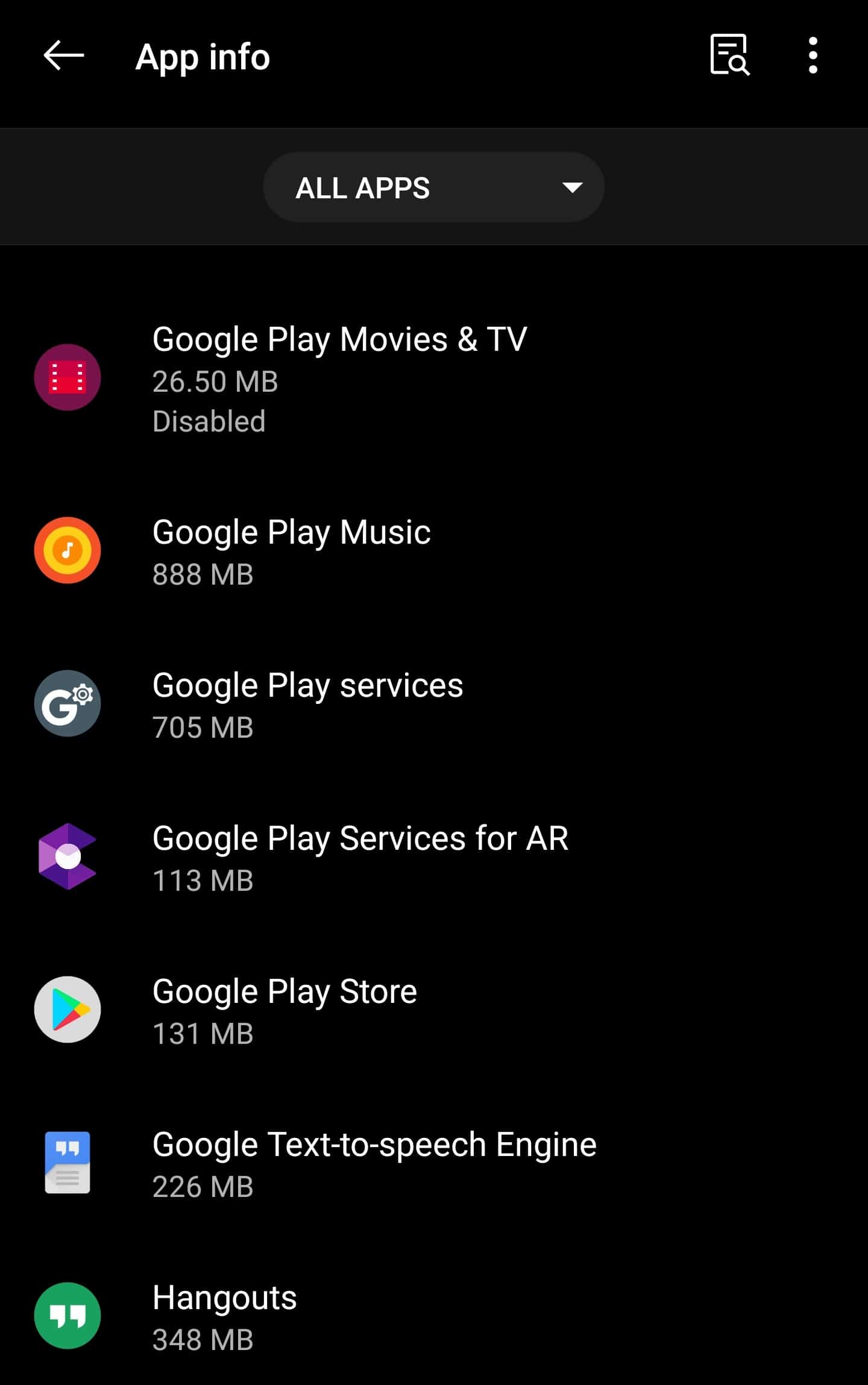 If you root your phone, you’ll be able to remove the Play Store, but that’s not exactly recommended. Before you do, however, make sure you have another app store on hand, so that you can download applications. That is not a requirement, but it sure is recommended, so that you don’t have to manually download them from the APK Mirror website, or something of the sort.

How does Android Market relate to the Google Play Store?

Google opted to rename the service years later, in 2012, when it started adding music, books, and so on. It considered that to be a more appropriate term, and that’s probably true, as it’s not focused on Android only.

Are non-Android apps available via the Google Play Store?

No, they’re not. The Google Play Store contains applications for the Android system only. As already mentioned, other content is available, but as far as applications and games are concerned, only Android is supported. You can utilize music, movies, and books on other platforms, though. Chances are that this will not happen, as the Play Store has been made mainly for Android.

How many applications are there in the Google Play Store?

As of March 2020, there are over 2.8 million applications available in the Google Play Store. At one point, the Play Store was home to over 3.5 million apps, but that changed in the summer of 2018. Google has decided to remove large quantities of applications from the Play Store at that point. Why? Well, mostly due to an updated version of the company’s Developer Policy. When the company did that, the number of apps dropped from over 3.5 million, to just over 2.5 million. Since then, however, the Play Store grew quite a bit, to its current numbers. So, in less than two years, it gained around 300,000 new apps.