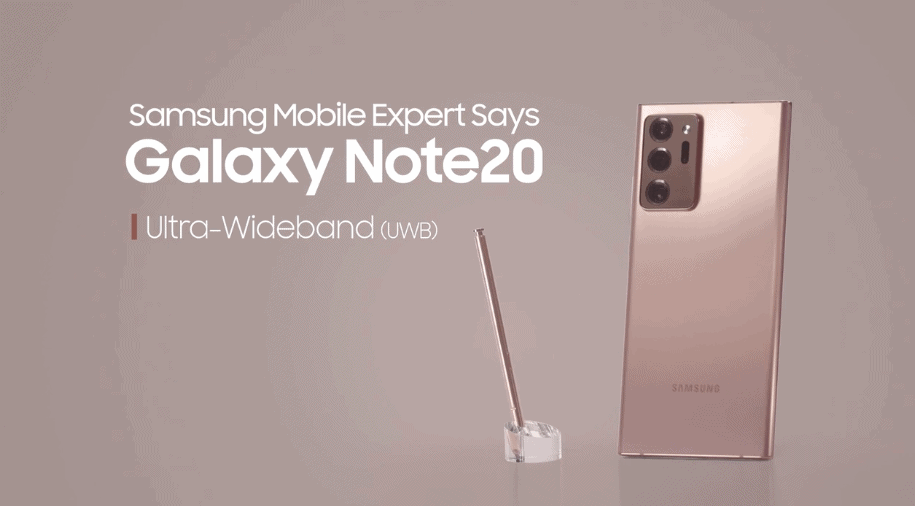 Since 2020, you’ve probably seen a new spec on the spec sheet of a lot of flagship smartphones (not just Android smartphones either). And that’s UWB or Ultra Wideband. Apple was actually first to put it in their devices, starting with the iPhone 11 in 2019. Samsung began adding it to its smartphones in 2020, with mostly only its “Ultra” devices getting this spec.

But the real question here is, what exactly is “Ultra Wideband”? Is this a must-have feature on my next smartphone? And what can I use it for?

We’re going to aim to answer all of those questions in this article. And as UWB evolves, we will be updating this post.

We’re going to get pretty technical here, so be prepared.

Ultra-wideband, also called UWB for short, is a short-range, wireless communication protocol. This operates through radio waves, at very high frequencies. Which allows it to be used to capture highly accurate spatial and directional data.

Basically, UWB can be thought of as a continuously scanning radar that can precisely lock onto an object. As well as discover its location and communicate with it.

We’ve already seen a few use-cases for UWB. For example, the new Galaxy SmartTag that Samsung announced in January 2021 uses UWB to help you find your phone, or whatever the Galaxy SmartTag is attached to. Because it works at very high frequencies, it can work a bit better than Bluetooth Low Energy (BLE) or even WiFi. 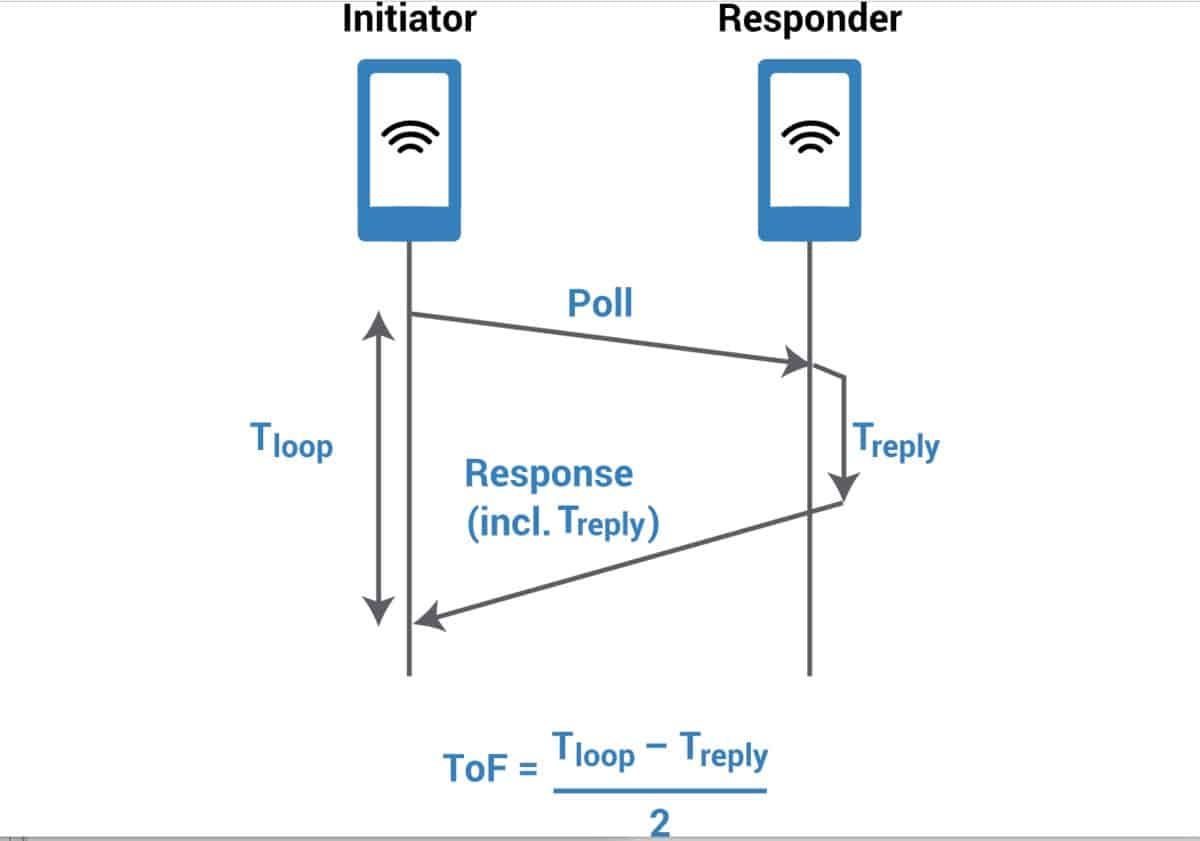 Apple has used UWB with the new HomePod Mini it announced in October 2020. Allowing you to bring your iPhone close to the speaker and it’ll automatically start playing your music, without any interaction from you. Among other things.

The iPhone 11 and iPhone 12 series both support UWB across the entire lineup. Unlike the Galaxy Note 20 and S21 series, were only the higher-end models support it.

We expect many more smartphones to add UWB in the very near future. Since the two largest smartphone makers are already on-board with adding it to their phones.

Samsung expects UWB to be as big as Bluetooth

In a blog post published in October 2020, Samsung stated that it expects UWB to be as big, if not bigger than Bluetooth. And given the features we know it can enable, that isn’t a big surprise. And also why we’ve been seeing it crop up in more Samsung phones.

This is why Samsung has been putting UWB in its most recent smartphones. But it is not available in all of its flagships, as you likely noticed from the list above. Instead, it’s in the most expensive models only. Not the Galaxy Note 20 or the S21. That is going to change in the future. Right now, it’s likely this way because UWB is still new, and quite expensive to add into a smartphone. And thus it is only in its most expensive devices, for now.

How does Ultra Wideband work?

It’s pretty technical, the way that UWB works. But essentially, once a UWB-enabled device is near another UWB device, the two will start “ranging”. Which refers to the calculating of time of flight (ToF) between the devices.

It uses larger channel bandwidth (500MHz) and short pulses (2 nanoseconds each). Because of this, UWB is able to achieve greater accuracy. The positioning process instantaneously tracks the device’s movements in real-time. This allows UWB-enabled devices to understand both motion and relative position.

This means that UWB-enabled systems know if you’re approaching a locked door and can determine if you’re inside or outside of the doorway. It can also decide whether the lock should be engaged when you reach a specific position.

Essentially, it provides a much more accurate positioning than other technologies that we currently use to do this.

How is it different from WiFi and Bluetooth?

A question you may have is, why don’t we use Bluetooth and/or WiFi to do this? Seeing as these are tried-and-true technologies we have used for quite some time.

The biggest reason is because UWB’s performance, when it comes to ranging, is far superior to Bluetooth or WiFi.

Ultra wideband operates in a separate section of the radio spectrum. Which is away from the congested bands of 2.4GHz and 5GHz, which is what WiFi uses. Additionally, UWB is able to coexist with other wireless technologies like WiFi, Bluetooth and NFC.

Finally, one of the most significant advantages that UWB has over other wireless technologies, is the physical layer (PHY) used to send and receive data packets. This layer, which is currently being specified in IEEE 802.15.4z, a critical security extension not available in other technologies, can be leveraged. This allows for security techniques like cryptography and random number generation that deter attackers from accessing UWB communications. And making things more secure is always a good thing.

Is this is the same UWB that Verizon uses?

Verizon uses the term “UWB” for its 5G network, specifically its mmWave 5G network. It is technically the same ultra wideband technology that Samsung and Apple are adding to their phones, but a slightly different flavor. And being used for a different usec-case. 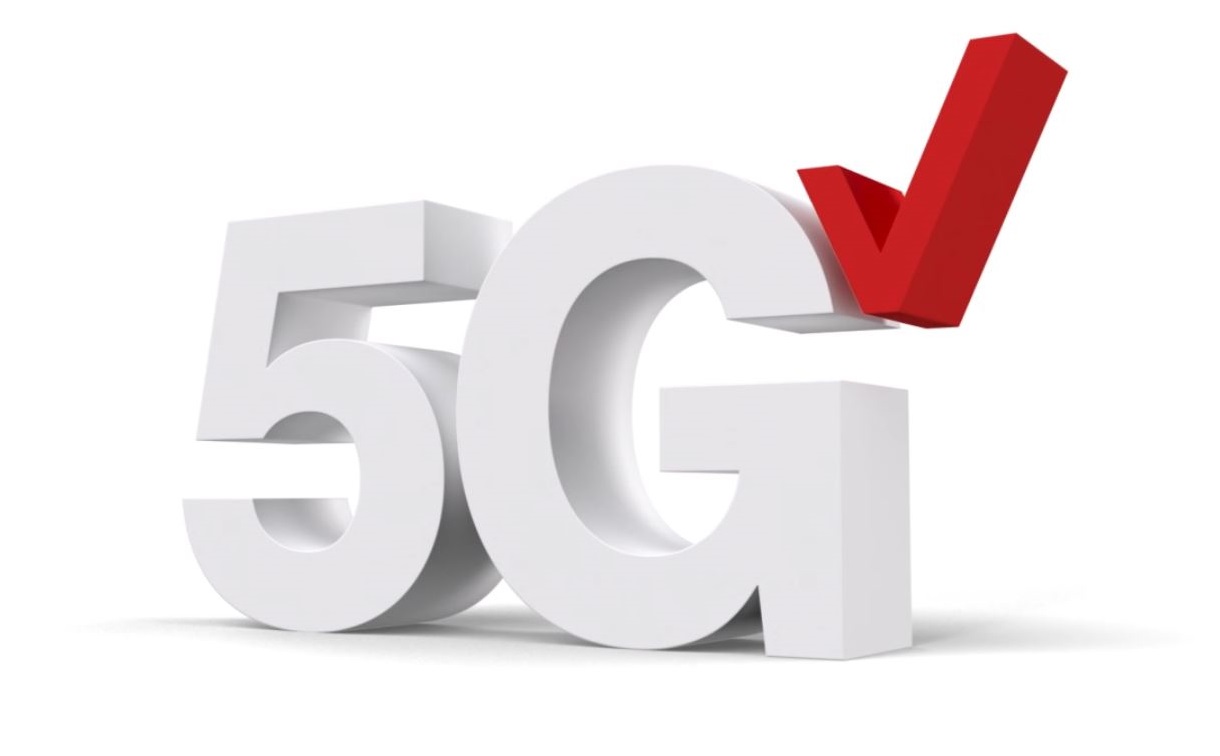 Verizon is using a different flavor of ultra wideband that is used for cellular. While Samsung and Apple are not using UWB for cellular activities.

The high frequency of ultra wideband works well for 5G, because it allows carriers like Verizon to offer insanely fast wireless speeds. But the flip side of such high frequency is that the coverage is pretty poor. Which is why Verizon’s ultra wideband network is only available on very few streets and street corners in the markets it is available in. And for the most part, it is not available outdoors.

Because UWB is being used by both carriers and smartphone makers, for very different things, you can expect plenty of confusion.

While it sounds like Verizon is only using UWB for branding, that’s actually not true. It is actually using UWB in its 5G network. And calling it “5G ultra wideband” is a way to differentiate it from the Sub-6 5G network that it also has and is much slower but covers a lot more area.

5G is pretty confusing already, and Samsung and Apple adding UWB to their smartphones, but not for 5G, is only going to make it more confusing.

To keep it simple, smartphone makers say mmWave and Sub-6 5G is supported, and don’t mention ultra wideband. However, on Verizon smartphones, you will see “UWB” in the status bar if you are in range of its mmWave network.

What use-cases can we expect from Ultra Wideband in the future?

Samsung has already announced a few ways that we can use Ultra Wideband with its newest smartphones.

With the new Galaxy SmartTag, and SmartThings Find, you can use UWB to find things you may have lost. And because of how precise ultra wideband is, you will get a more precise location as to where the item is. And making the ability to find it much easier.

Another use-case that Samsung showed off with the Galaxy S21 series, is the ability to unlock your car doors with your smartphone. This is one that is going to take some time to go mainstream. As you’ll need a phone that supports ultra wide-band, which right now, is about ten devices. And you’ll need a car that supports UWB. So far, only BMW has announced it will support it. And only in one model so far. Anything in the car industry takes quite a while to actually happen and change. So expect this to likely take at least a decade before most cars on the market support UWB for digital keys.

We will also see nearby file sharing features like AirDrop, Samsung’s Nearby Share and even Android’s own version of Nearby Share, will get updated with UWB. This is going to allow you to more easily share larger files, quicker. And while being further away, potentially, then you would be with NFC. If you remember Android Beam from nearly a decade ago, think of that, but without touching phones to transfer files.

The future of UWB is pretty incredible. But the first step to making UWB mainstream, is getting more smartphone manufacturers on-board. That is likely to happen pretty fast, since the two biggest smartphone makers are already on-board – Samsung and Apple. Typically, competitors copy those two. So it shouldn’t be long.

UWB could be the answer to getting rid of keys

UWB could also be the answer to getting rid of physical keys. And using your phone as your key. Yes, that does sound a bit scary. Imagine how many people are going to be stuck because they locked their phone in the car. They can’t call AAA for help, since their key is their phone.

But a way it could, and likely would work, is that the car would only lock, when the phone is not inside your car. And with the super precise positioning of ultra wideband, that could actually happen. Without any real changes to the way things work.

Something many of us likely haven’t thought about, is UWB with mixed reality. It could really help bridge the gap between physical and digital worlds.

UWB could finally realize the promise of high-precision of indoor mapping based on LiDAR and/or WiFi. This could be combined with 3- or 6-DoF orientation trackers. Among many other things.

How much will UWB accessories cost?

One big question mark about UWB is the accessories. How much will those cost? Considering they are going to be using new technology, which is typically not cheap.

So far, we only have a few accessories available.

The Galaxy SmartTag was announced in January 2021. And is priced at $30. But this is one of the “dumb” UWB accessories that you could buy in the future. It’s just a location tracker with UWB, as well as Bluetooth and WiFi inside. Which works with SmartThings Find.

It’s a lot similar to the Tile trackers that have been super popular in recent years. But with UWB inside (and if you are using a UWB-enabled device like the Galaxy S21 Ultra), it’s going to perform a whole lot better than Tile. We wouldn’t be surprised to see Tile add UWB to its trackers in the coming years either.

Apple is supposedly launching its own location tracker, called AirTags. Which sounds like they will work much the same, and even have a similar price. However, Apple has reportedly delayed the launch of AirTags a few times now. So it’s unclear when they will launch.

Really the only other UWB accessory that is on the market right now is the HomePod Mini. Using the U1 chip that Apple started adding in its iPhones starting with the iPhone 11, it’ll be able to track your movements in your house (or just indoors period). This works well for Find My.

With the HomePod Mini, it means you can easily transfer music to the speaker to start playing. Without needing to use AirPlay 2 to start playing versus from your smartphone.

Given Apple’s closed ecosystem, it’ll be able to innovate on ultra wideband a lot faster than Google and Samsung will. But it’s still cool to see the possibilities here.

We don’t know what other products exactly are coming, though we did hear about Apple’s AirTags. We are likely to see others like the new Apple TV, possibly new Samsung TVs (though that would be 2022 at the earliest). Get ready for UWB to be a very popular technology in the 2020s.