Skip to content
Advertisement
Trusted By Millions
Independent, Expert Android News You Can Trust, Since 2010
Publishing More Android Than Anyone Else
18
Today
132
This Week
597
This Month
6564
This Year
124091
All Time
Advertisement

If you’re an avid Twitter user, then you might find some utility in Twitter Blue. This is the company’s way of offering its users more useful and fun features to those who subscribe to it. However, a lot of people don’t know what the Twitter Blue subscription is, so this article will explain everything that you need to know about this service.

Twitter Blue is a subscription service that grants you some additional features. These features include different ways to view and interact with your posts along with early access to new and experimental features coming to the platform. It’s basically like Twitter+.

As time goes on, you’ll see more features make their way to the subscription service, so you’ll be able to try them out before other users. That’s one of the main benefits of this service. 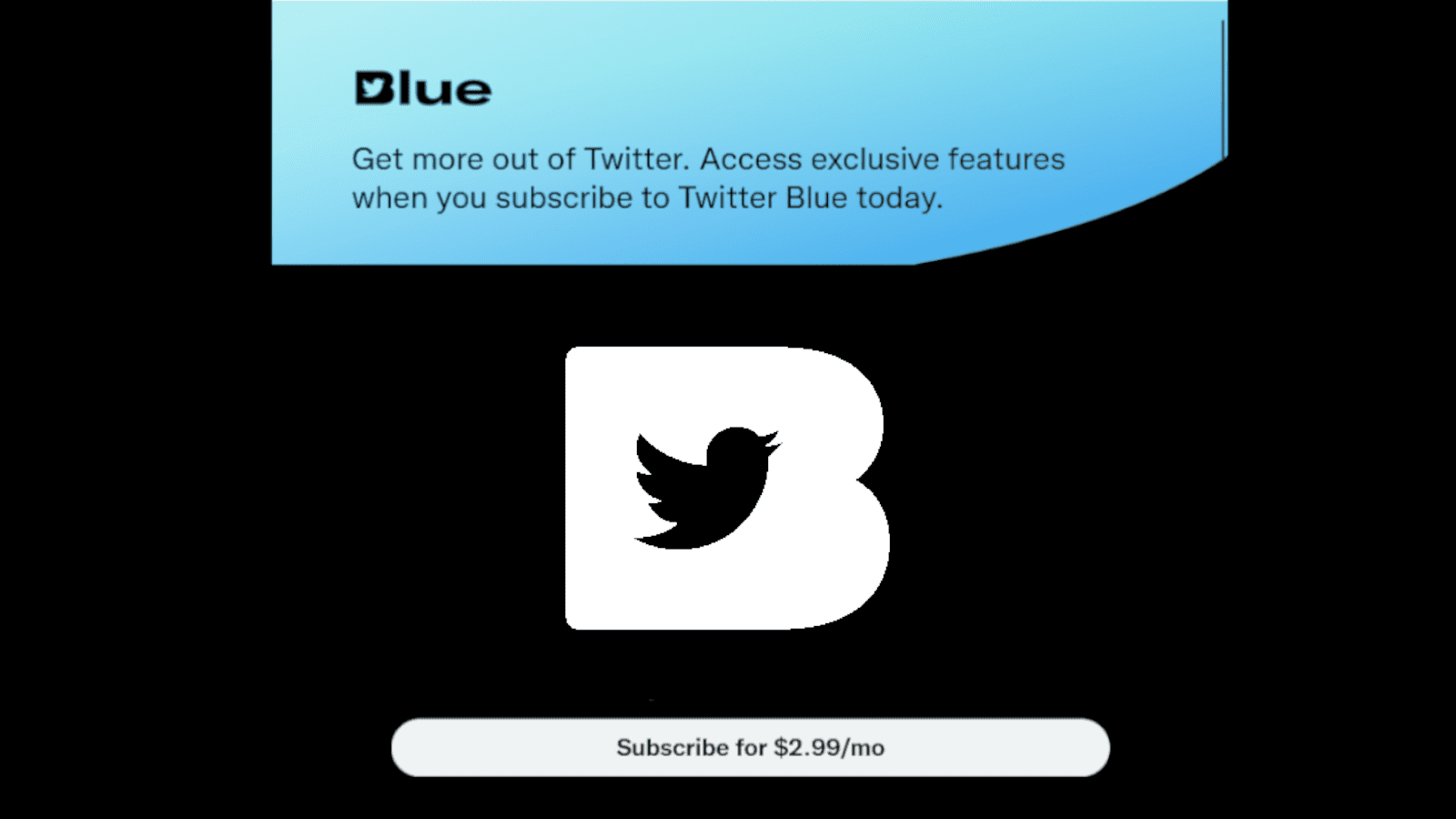 How much does this service cost?

If you’re considering getting Twitter Blue, the price is not too bad. You’ll pay a $2.99 monthly fee for the service.

At the moment, there is only one payment plan, and that’s the $2.99. Twitter hasn’t indicated any plans to add a yearly plan at the moment.

Will I still see ads on Twitter with the Blue subscription?

Yes. Even though you have the premium subscription, you’ll still see ads on your feed and in your comments.

Will I still have the 280 character limit with the subscription?

Yes. At the moment, Twitter is working on a feature called Twitter Notes that could let people type longer posts. However, a subscription to Twitter Blue does not, intrinsically, let you type messages longer than 280 characters.

There’s a handful of fun features that you can enjoy with Twitter Blue. And, as stated, you’ll see more features arise over time.

If you’re a Twitter Blue user, you’re able to test out the ability to edit tweets before other users. After you post a tweet, you’ll have 30 minutes to go in and make any changes you think are necessary.

After you edit a tweet, it will show the users that it was edited. Not only that but it will also give users a link to the original tweet so that they can see what you originally said.

No ads when reading articles

We’re used to seeing ads all over our favorite publication sites, and that can be an annoyance. With Twitter Blue, you’ll be able to read articles on those popular sites and not have to worry about seeing ads.

Just know that a subscription to Twitter Blue won’t knock down any paywalls that you’ll see on the publication sites. You’ll still need to pay for the subscription to each respective site that requires it. 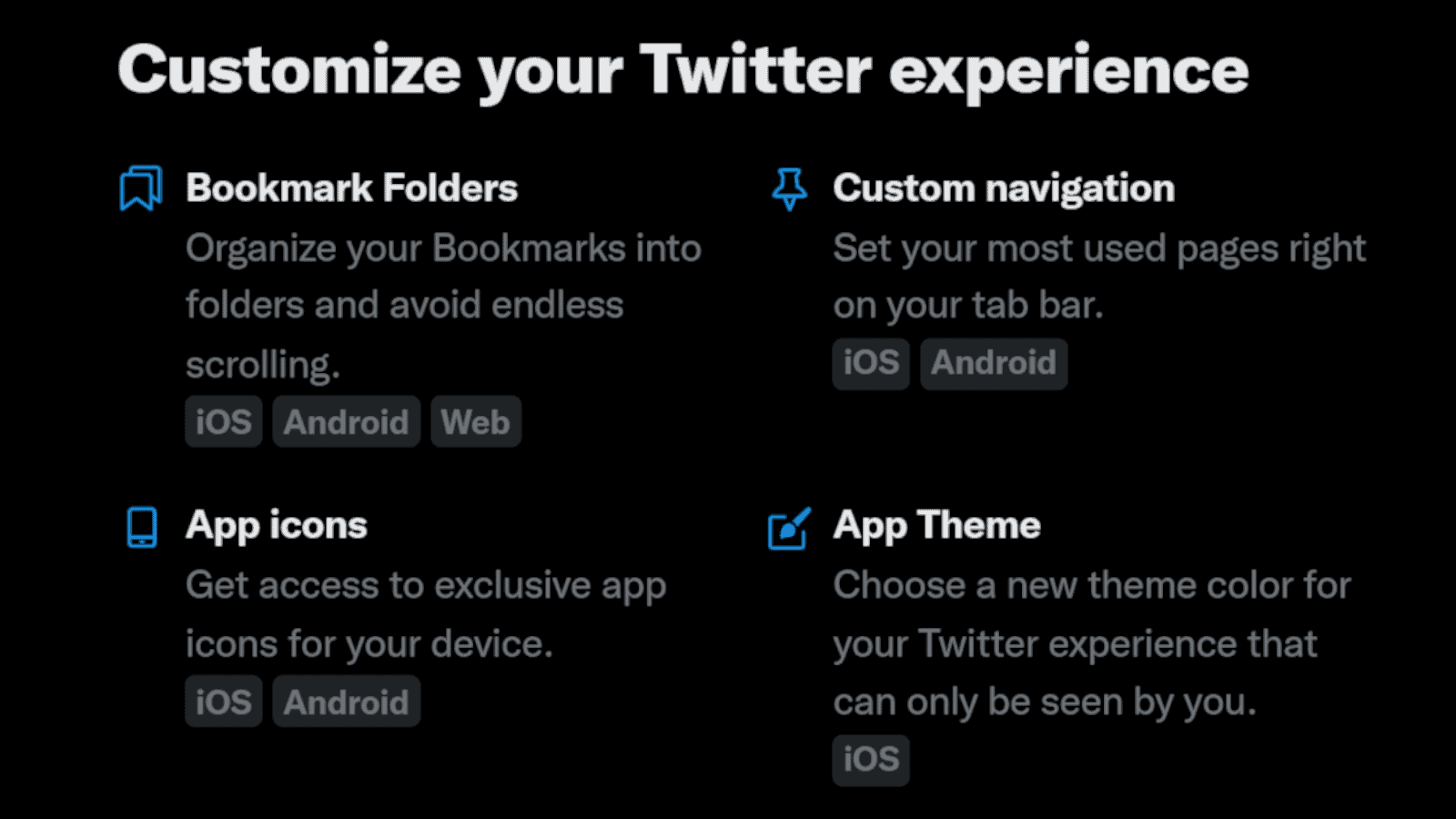 If you’re into reading the latest news articles, then you’ll love this feature. A Twitter Blue subscription will get you the Top Articles tab. This way, you’ll be able to see all of the latest articles from the people who you follow.

A subscription will let you read through long threads without any interruptions. Instead of having to select each entry in the thread and avoid the comments, you’ll be able to read the thread just like a regular page of text. 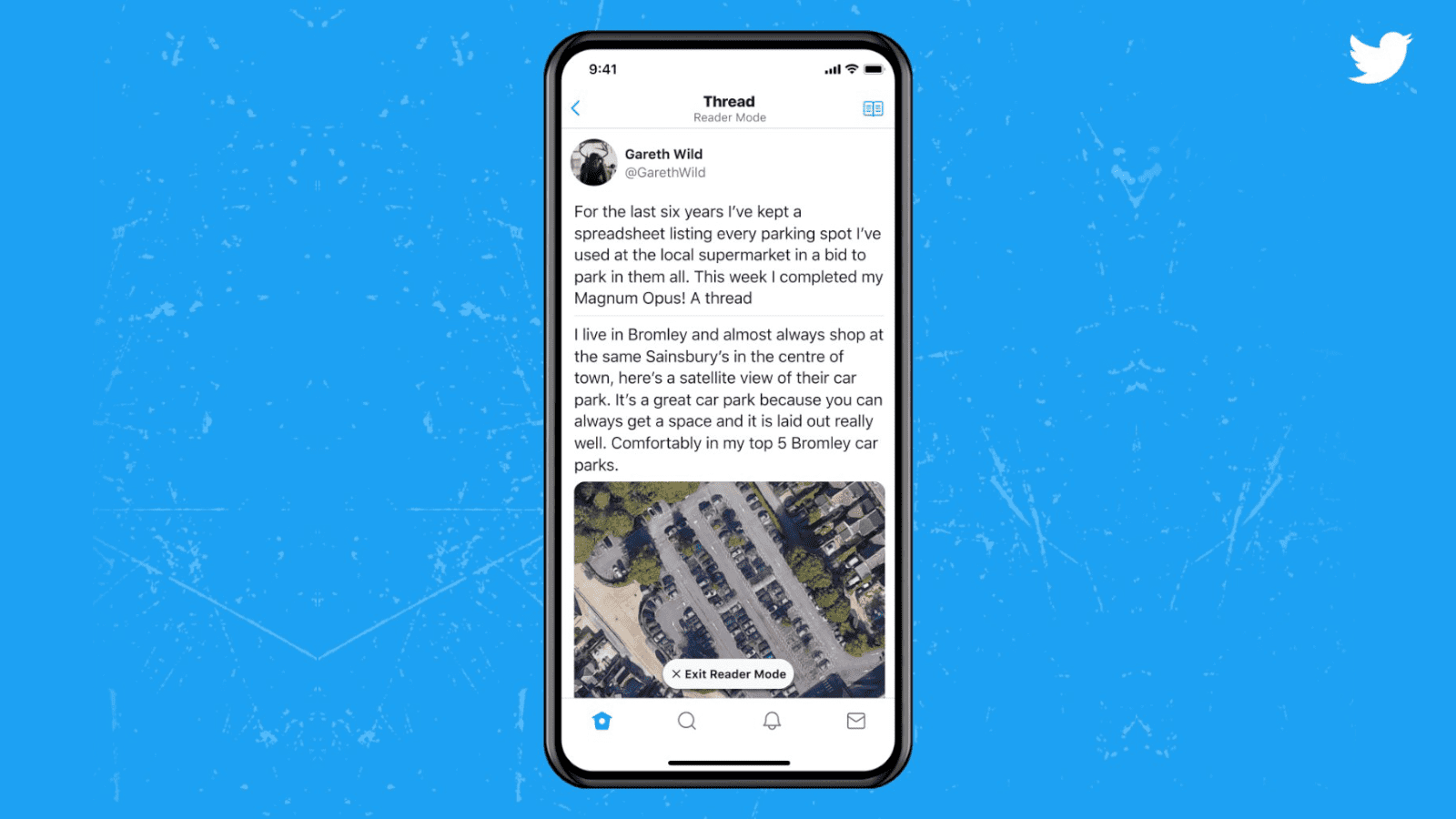 It helps make it easier when you’re reading a long thread of tweets. You can toggle the feature on and off if you want.

A lot of the time, we instantly regret sending a tweet. This could either be because we stated something we didn’t mean, we wanted to change what we typed up, or we made a typo in the tweet. If you’re a Twitter Blue user, you’ll be able to undo a tweet that was just sent. 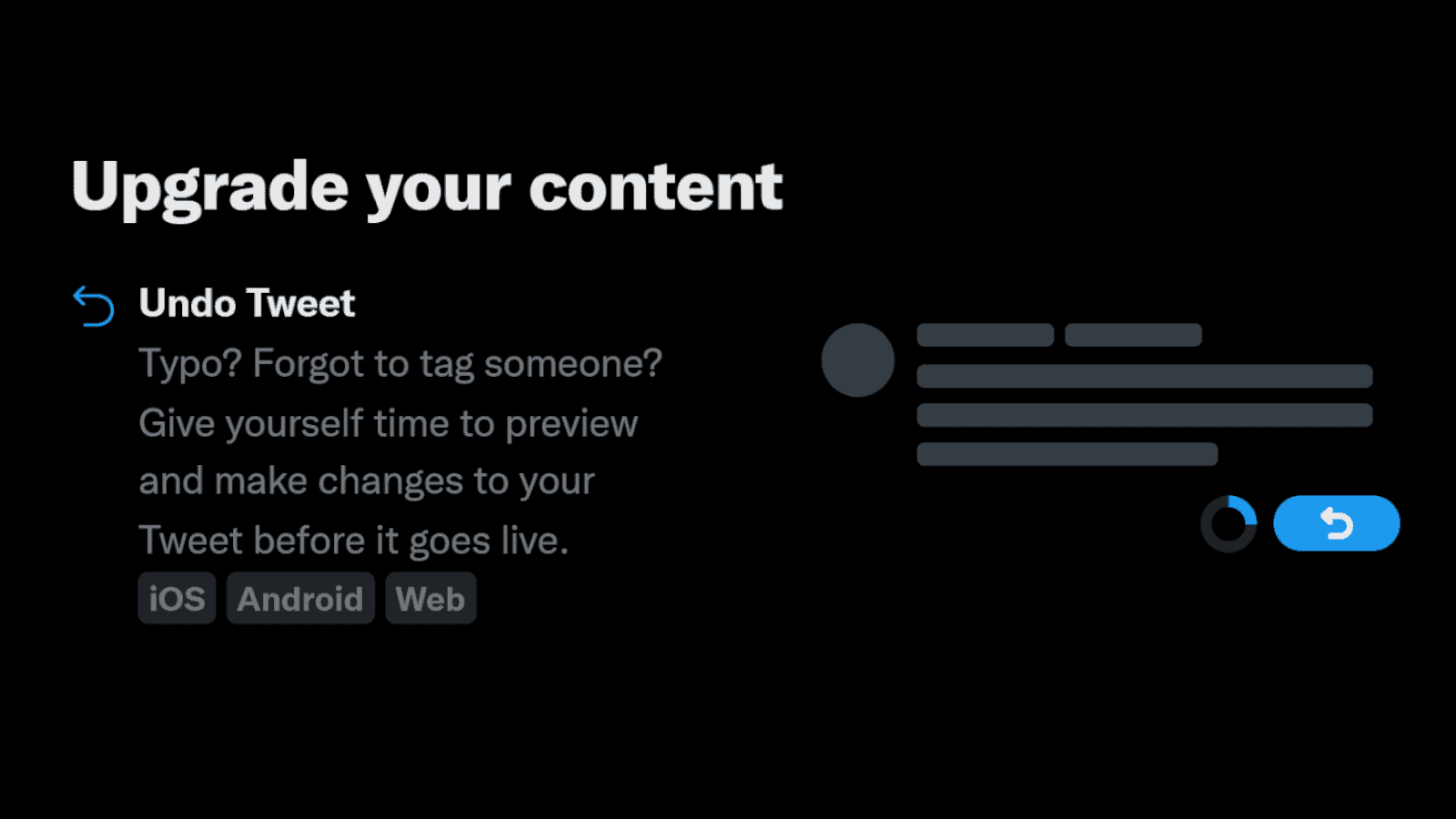 When you send a tweet, you’ll have 60 seconds to review your tweet and undo it if need be. Once that 60-second window is up, you won’t be able to make any changes to the tweet. You’ll need to delete it and repost.

With Twitter Blue, you’ll also be able to change how your UI looks. There are several ways that you can go about doing this. For starters, you’re able to better organize your bookmark. The subscription gives you the ability to put your bookmarks into folders.

If you’re using the Twitter app for Android or iOS, you’ll be able to put your favorite pages right on your tab bar. This lets you customize it and tailor it to your tastes.

This next one is also for people using the app. If you’re a subscriber, you’ll have access to different app icons that show up on your phone’s home screen. This is for if you want to change things up visually on your phone.

Next, there’s a feature exclusively for iPhone users. There is a feature that will let you customize the theme of the app. We’re used to the blue theme present throughout Twitter. However, you will be able to pick your own accent color.

Right now, Twitter is testing some features on its Blue users. This means that you can try experimental features that may never actually reach the public.

The first feature is the ability to upload longer videos. Twitter has a limit to how long your videos can be. Without a subscription, you can upload videos up to 2 minutes and 20 seconds. That’s much longer than the 45 seconds that we had before, but it’s still pretty short.

With the Twitter Blue subscription, you’ll be able to test uploading videos up to 10 minutes long. That’s more than quadruple the length.

Right now, Twitter doesn’t allow people to upload videos in 1080p quality. It’s been a gripe among users for a while, but Twitter Blue users will be able to test that out as well. 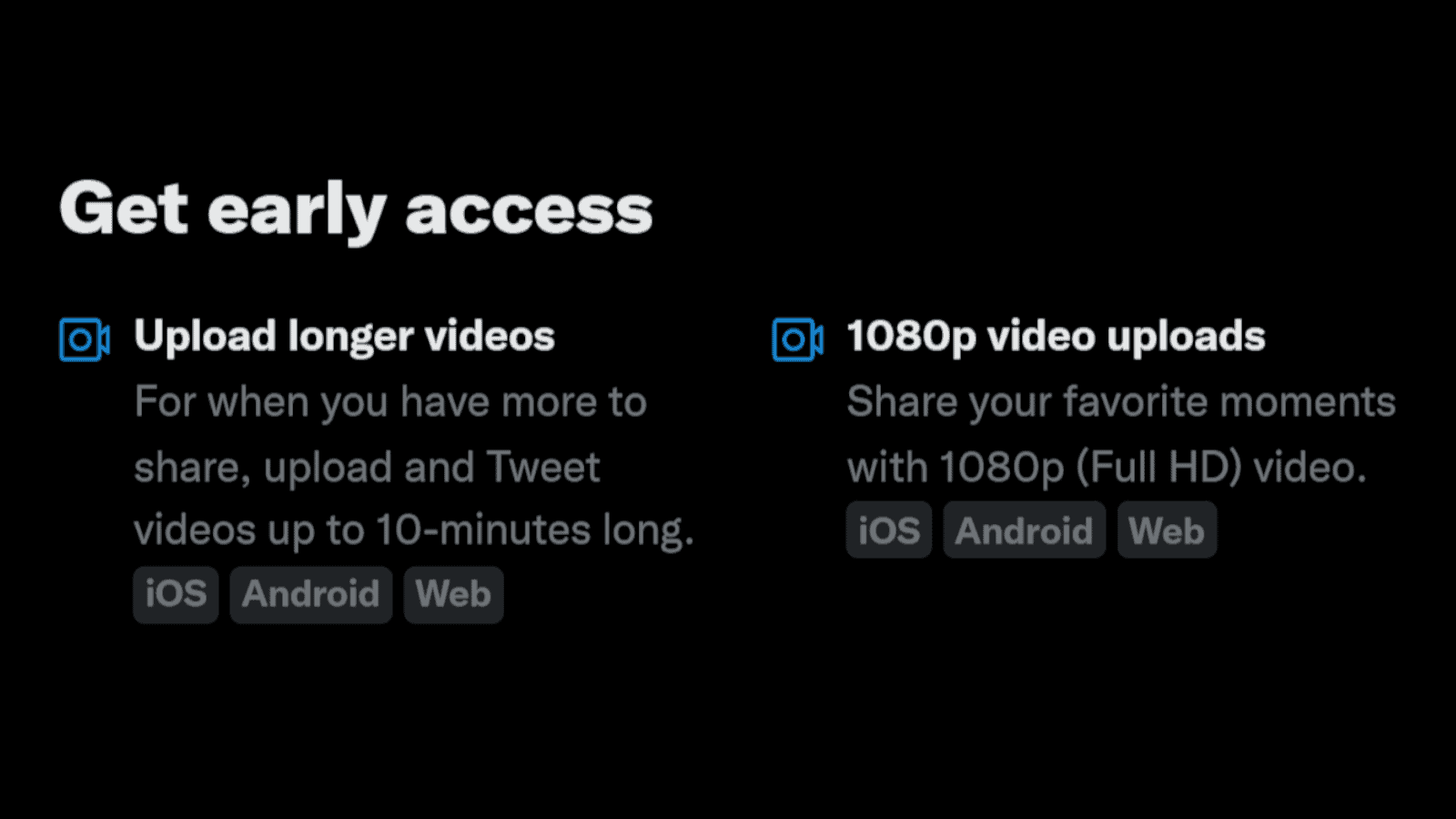