Millions of people visit Twitch every single day. But what exactly is Twitch? Is it something you should concern yourself with? There’s a good chance that you may have heard of Twitch before, but aren’t exactly sure what it’s all about.

In short, Twitch is a video streaming site. But there’s a lot about Twitch that you may not know. And that’s where this guide comes in. For all intents and purposes, this will be a post that attempts to cover everything about Twitch that is worth knowing. Whether you’re interested in streaming or simply want to be a spectator. 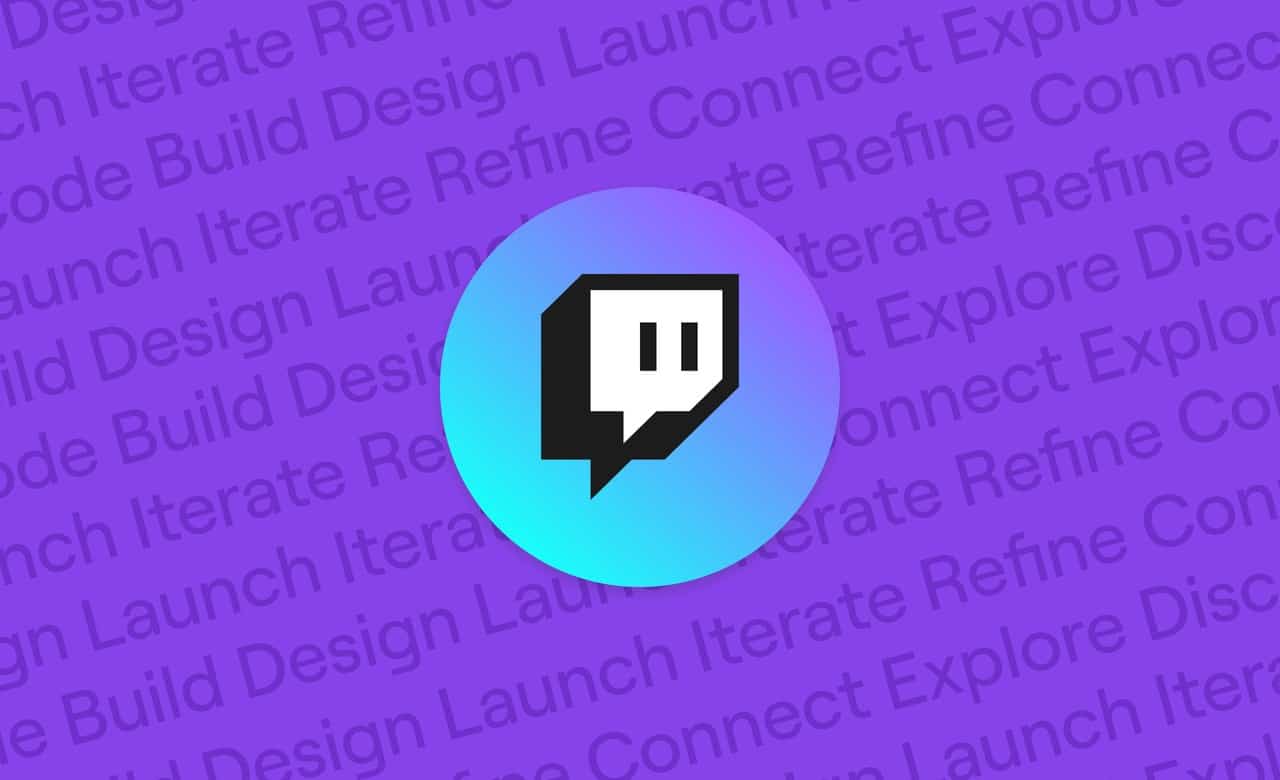 Twitch is a video streaming website that, initially covered just games. Whatever you played, you could likely find people streaming gameplay of it over on Twitch. These days, Twitch is still very much that, but it also now has streams for a wide array of interests.

It’s more than just video games and includes broader categories. Making it possible for Twitch to become a home for anyone to stream about, well almost anything. Within reason of course.

This makes Twitch the go-to location for many people who enjoy watching streamers do what they do. Twitch is also related to Prime Gaming, as Amazon owns Twitch. You can find out more about Prime Gaming (formerly Twitch Prime) here.

What platforms is Twitch available on? 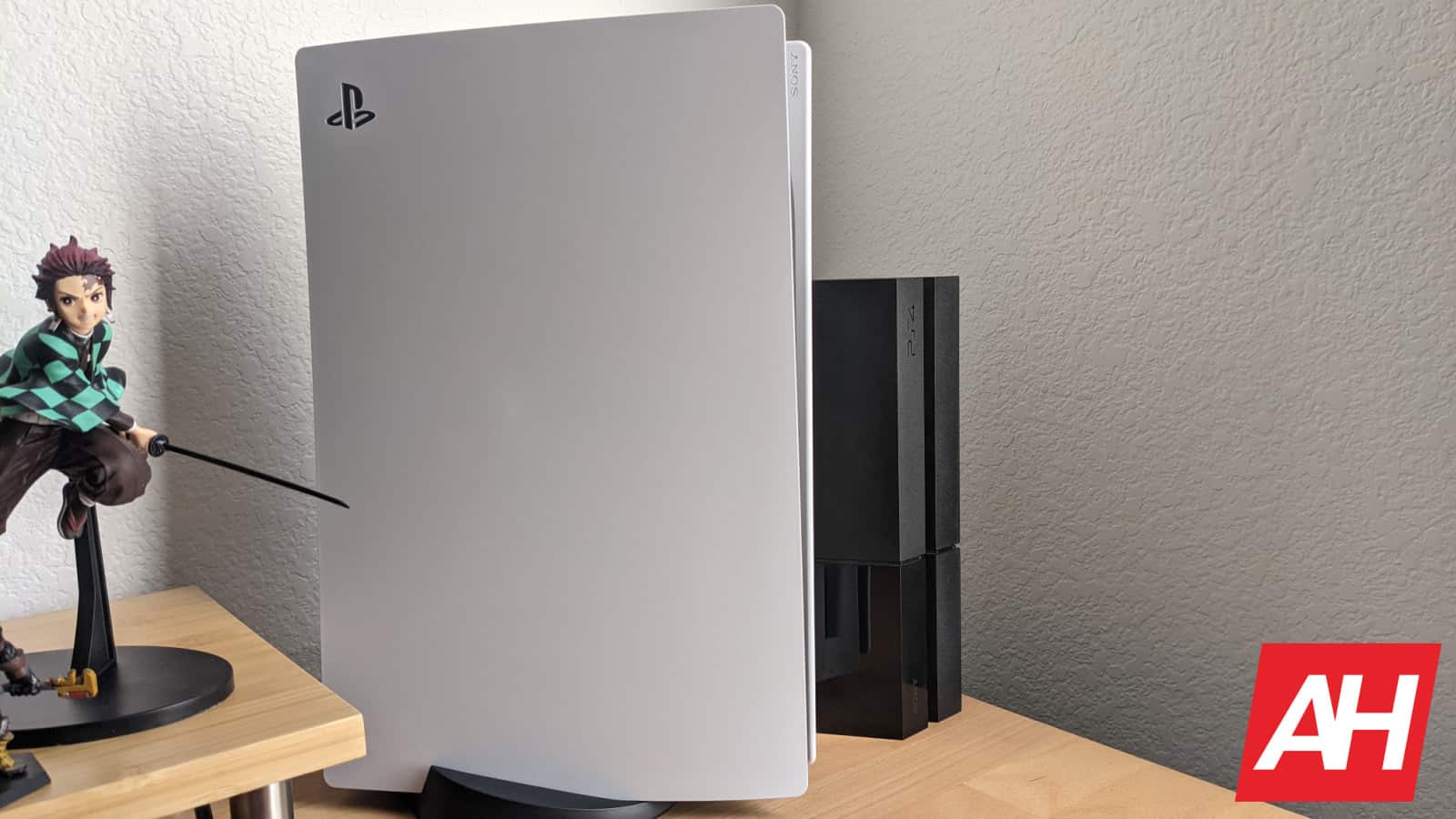 Pretty much every platform you can think of. You can view everything on PC and Mac via the browser using the Twitch.tv website. But you can also watch streams using the mobile app. Which is available on both Android and iOS.

Additionally, you can find apps on Fire TV, PS4, PS5, Xbox One, Xbox Series X|S, NVIDIA SHIELD, Chromecast, and Apple TV. There’s even an official app for some smart TV brands. Vizio for instance has an official app you can install.

So wherever you plan to consume most of your content, there’s likely a Twitch app available to watch streams. There is no official Twitch app for Roku. 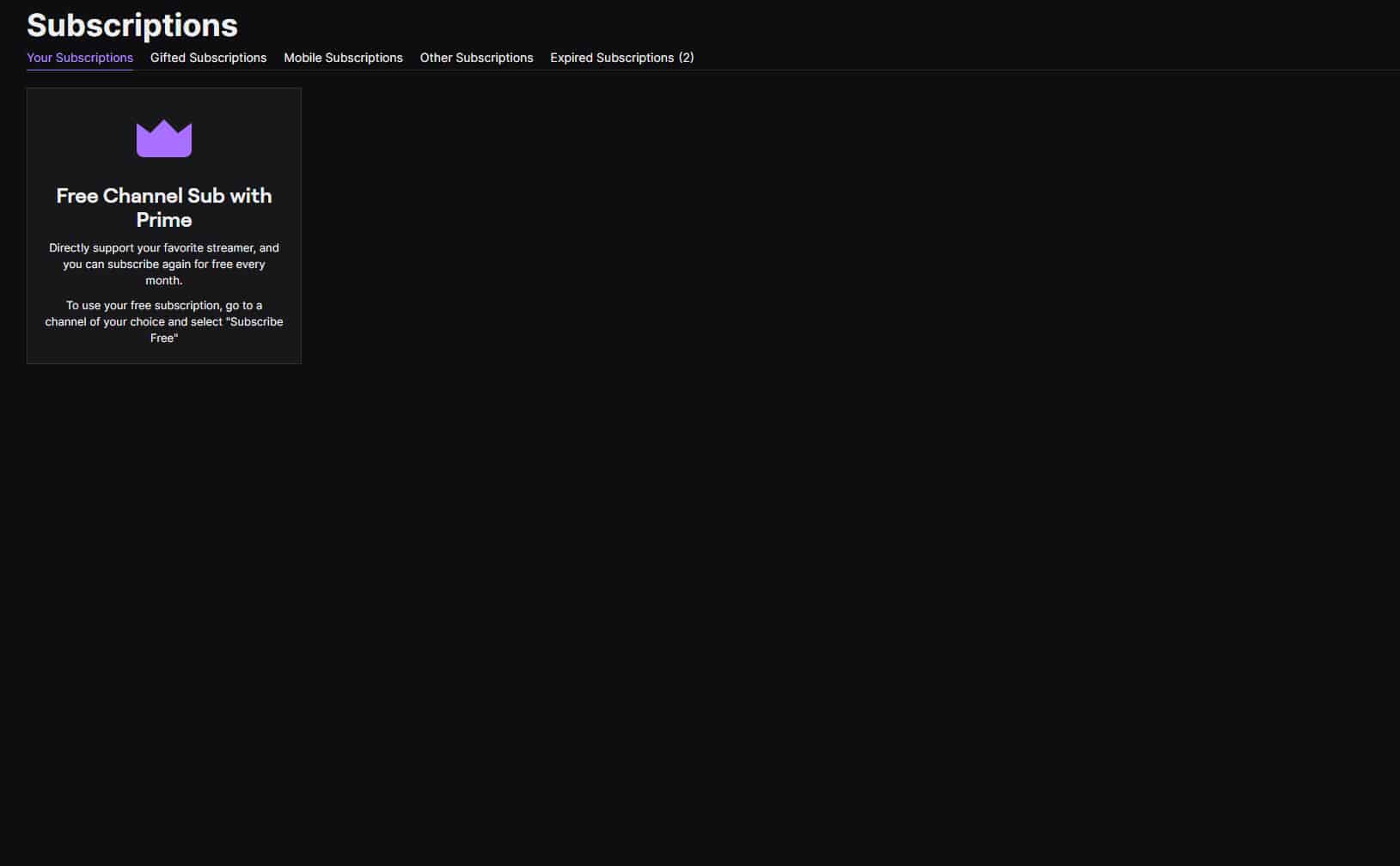 The answer to that is yes and no. To sign up and have an account, it doesn’t cost you anything at all. You can create an account, log in, and use the site as much as you want without having to pay a dime. But there are sections of it that can cost money.

These are completely optional though, and they’re less related to a Twitch subscription itself and more related to a particular streamer. So, yes, Twitch does cost money if you choose to spend it. It also doesn’t cost money as you could simply choose to view stuff for free.

Though, being a paying subscriber of someone you enjoy watching create content does have its benefits. So there is incentive to spending money if you visit the site regularly and consume content from the same streamer all the time.

You can even buy Twitch gift cards on Amazon and send them to friends or family. And, if you’re an Amazon Prime member you get one free Prime sub per month to use on your absolute favorite streamer.

What are the subscription costs?

That will depend on what type of subscription you decide to pay for. The monthly subscription for any streamer is $4.99. Although, right now as of October 27, 2021, most or all subscriptions are 20% off and only cost $3.99 for the first month. With monthly renewals bumping to $4.99 thereafter.

If you decide to subscribe for more than one month at a time, then the cost will go up based on that. In addition to monthly, you can also subscribe on a three-month or six-month basis. The upfront cost will be more, but by subscribing to a streamer with one of these two options does also include savings. So you do end up saving money when the cost is broken down to the monthly amount.

There are also additional subscription tiers. With tier 2 subs costing $9.99 a month and tier 3 subs costing $24.99 a month. These should be the same across all streamers. And they come with extra special rewards too. Though these rewards will vary from streamer to streamer as well.

What are the benefits to subscribing?

This will vary from streamer to streamer. Most streamers will have a series of rewards that can be unlocked based on your amount of time subscribed. For most streamers these rewards will include exclusive emotes that can be used in chats, custom badges that appear next to your name, and the ability to earn extra channel points.

Some streamers will also have rewards for sub-only chats and subscriber streams. And of course, the crème de la crème of rewards, ad-free viewing.

What sorts of features does Twitch have? 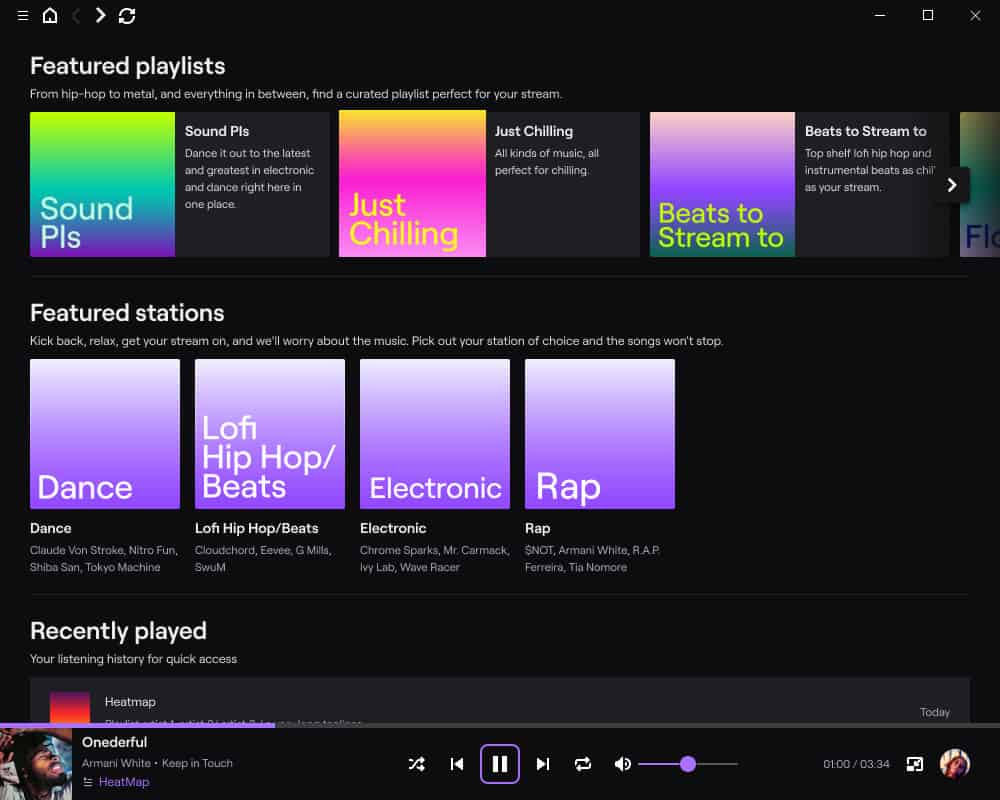 Twitch has features geared towards both creators and users. There’s a chat for each channel on the platform so everyone talk during streams. You can send emotes in chat, earn rewards by watching streams, and as a creator you can utilize the new Soundtrack by Twitch feature. Which lets you have access to a whole collection of rights-cleared music to have playing in the background during your streams.

There’s also all sorts of channel moderation tools for moderators, new tags to label channels correctly, and there’s new categories too. One of our favorites is the popout player so you can keep viewing a stream as you browse other parts of the site.

Other features include Dark Mode (this should be available in most of the app versions in addition to the website), and theater mode for streams.

Does Twitch have ads?

Twitch does have ads. But as mentioned above it is possible to get rid of ads. To do so you will need to subscribe to a channel. Though keep in mind, this only gets rid of ads for that particular channel. And any channels you watch will still show ads unless you subscribe to them too. 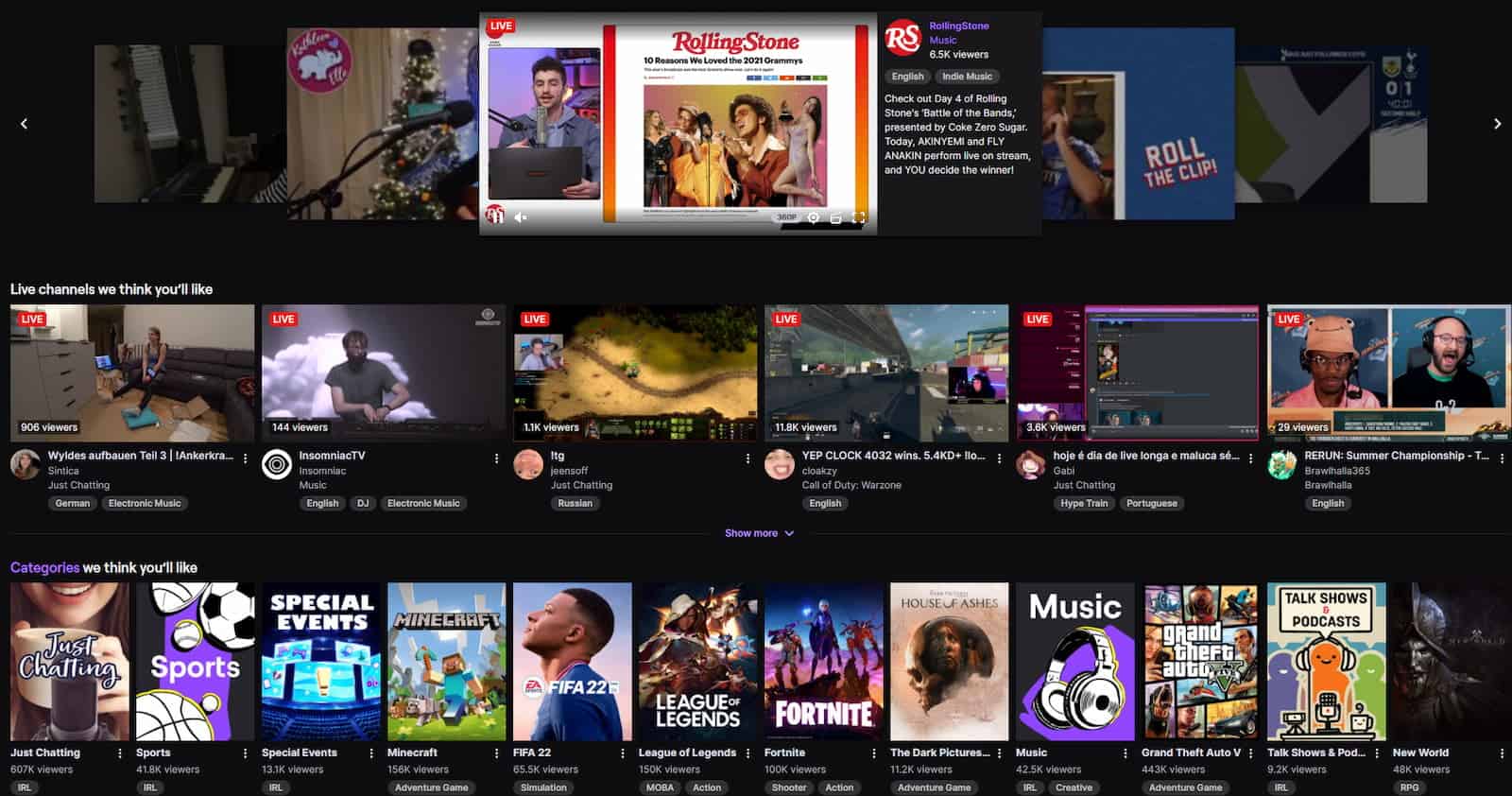 There’s a lot of different categories of content to view. Although, everything is broken down into four major categories. This includes Games, IRL (in real life), Music, and Esports. For the games category, you’ll find streamers covering everything from the biggest hits to the smallest, niche titles. Hidden gems we’ll call them.

For instance, you’ll see people streaming Amazon’s newest game endeavor, New World. An MMO about settlers making their way to a supernatural island to discover the mysteries of the land. There’s also plenty of streamers for Minecraft, FIFA, League Of Legends, and of course Fortnite. But you can also find people streaming much smaller games like Russian Fishing 4.

Then there’s the IRL category, which contains genres of content that cover almost anything that isn’t games. Like Just Chatting, which often includes streamers who are sitting in front of the camera just having conversations with viewers as they do random stuff.

It also includes streamers who are doing nothing but sleep. You can find genres for Food & Drink, Science & Tech, Sports, Podcasts and more too. There’s even a genre called Pools, Hot Tubs, & Beaches to cover everything from the infamous hot tub streams.

Esports and music should be pretty self explanatory. Music includes streams of live events as well as everyday people playing instruments. And Esports basically covers everything from Esports competitions to highlights and streams from pro players.

Does Twitch have rewards for watching specific streams?

All. The. Time. In fact, you can easily find all of the drops available that are current and upcoming. This includes when a specific drop started and when it ends, as well as what game it’s for.

Alongside that you can see any drops you’ve received from prior or current campaigns. You can view this by clicking on your Twitch avatar in the top right corner of the web page, under the Drops section of the dropdown banner that appears. Tabs for drops you’ve earned and claimed will have its own tab separate from the All Campaigns drops. All Campaigns also lists current campaigns as well as campaigns that have recently ended. 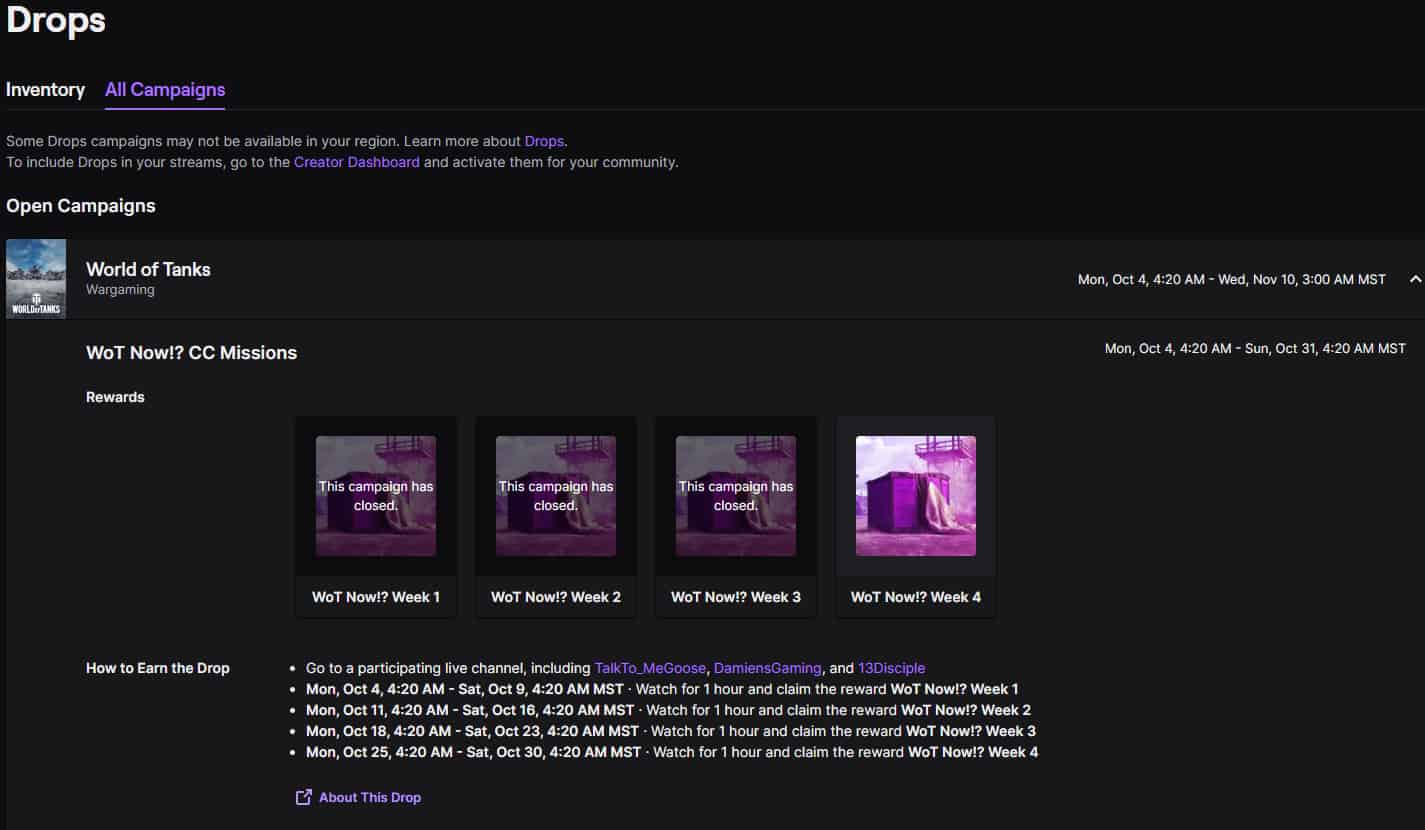 Drops are basically incentives for viewers to watch certain streams. They can also be a great way for streamers to boost their viewership and subscriber counts. Which can in turn earn them more money. For viewers, drops are usually rewards in the form of in-game loot.

They will always be for the game that drop campaign belongs to. For instance, Naraka: Bladepoint has a drop campaign that started on October 24 and goes until October 31, with the reward being an ‘Immortal Treasure’ chest that can contain items and other goodies for use in that game.

How do I earn drops?

Usually to earn a drop you’re required to watch a particular stream for at least one hour. Some campaigns will have additional rewards you can earn if you watch those same streams for longer. But when you get right down to it to earn drops all you usually have to do is watch a stream.

Sometimes the drop may give out extra goodies to viewers who gift subscriptions. As was the case with the Destiny 2 shader.

How do you communicate on Twitch?

There are a couple of ways to communicate on Twitch. The main way people communicate is via the chat system on any given channel. The channel’s chat will allow generally anyone to talk with the others watching the stream (including the streamer), though sometimes you may need to meet specific requirements to talk. Like subscribe to the channel.

You can also send Whispers to other users. And this is like Twitch’s direct message system for user to user communication. You can easily send whispers to your favorite streamers, or if you have friends on the platform who are also viewers, you can send whispers to them too.

Worth noting is that it is possible to enable a Do Not Disturb mode if you don’t want to get notifications from these and if you just don’t want to be bothered. 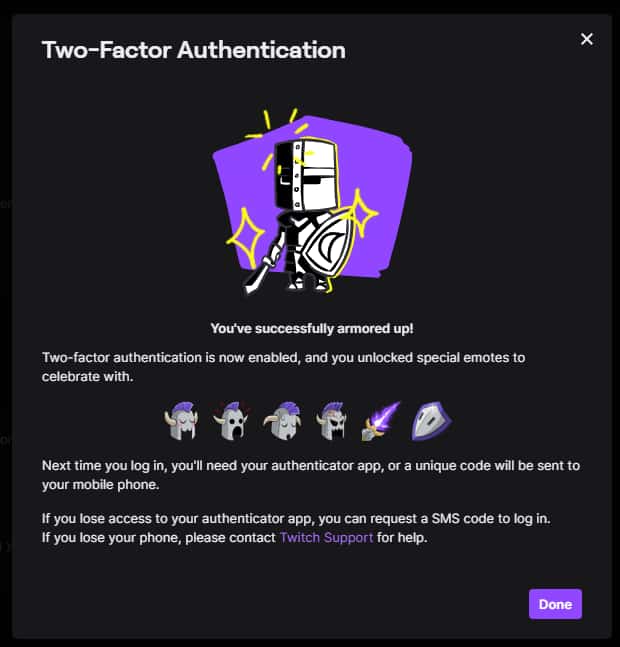 Yes. There is a 2FA protocol in place for better security. And like anything else that offers this, we’d highly recommend that you enable it as soon as possible. Because you can never be too careful these days when it comes to your online privacy and security. Obviously, it’s not a bad idea to change your password from time to time either. But with 2FA enabled, you can at least worry about having to do that a little less often.

Can you add friends?

You sure can. To do this, just look for the search bar at the bottom left corner of the website. It should say “search to add friends” right in the omnibox. Simply click on the box and type in a friend’s name then add them to your friends list. That’s all there is to it.

It goes without saying that you’ll need to know your friend’s Twitch username before you can add them. As there’s no system in place to add them based on real names like there is for some accounts.

You can sort and filter streams

When you’re looking for something to watch on Twitch, you can easily just scroll through the website’s front page, where everything you see will be recommendations. You can also browse streams based on categories, but if you want to narrow things down further you can apply the sorting and filter options.

You can sort results two ways. Either by current viewership numbers, which is from high to low, or by “recommended for you.” Which is more or less the same as the recommendations on the front page but with all of the different categories.