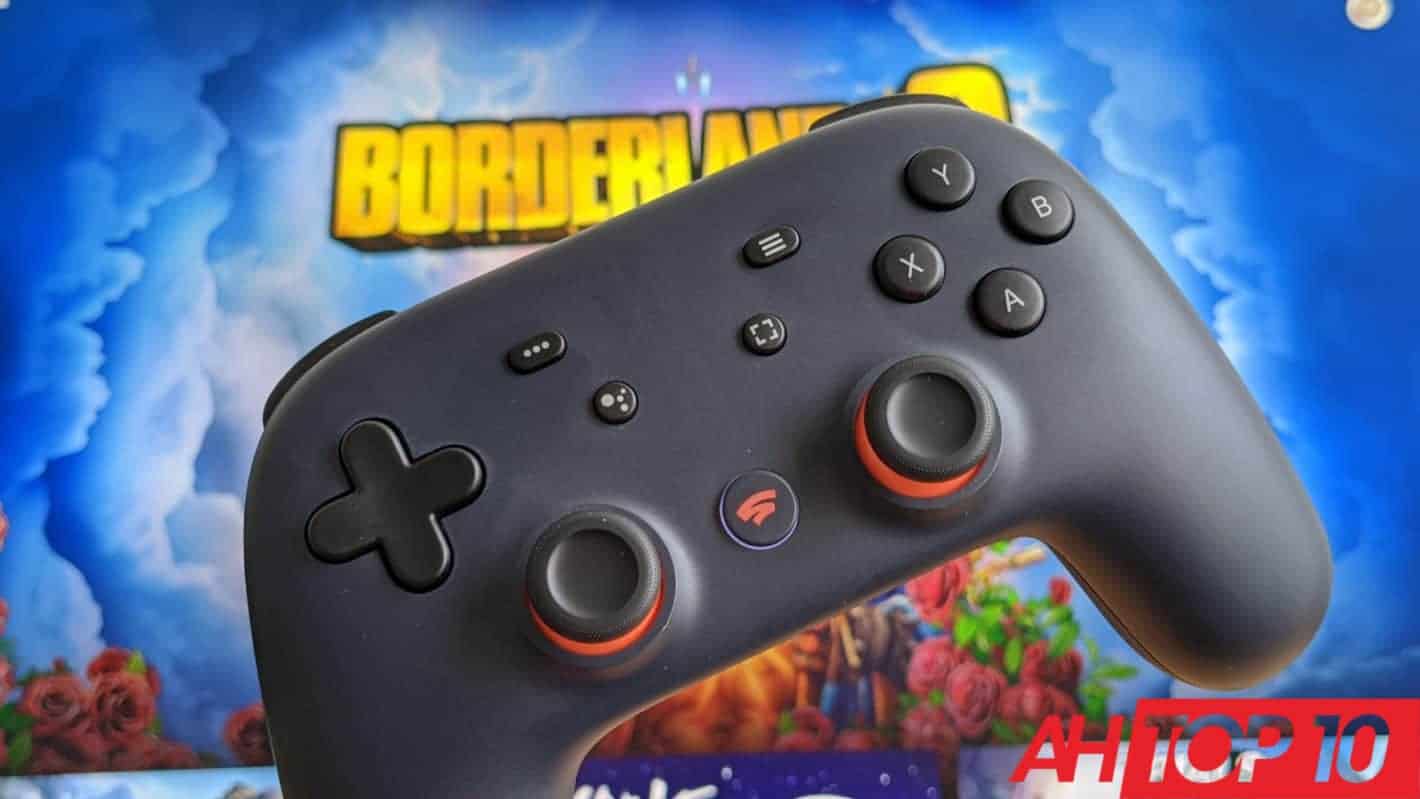 Google Stadia is still a fledgling service/platform for gaming but over the last few months it’s been coming more and more into its own by releasing more games and announcing others that are coming to the platform, so we decided to list the top 10 games you can pick up for it.

Worth keeping in mind is that this is list is entirely subjective. Everyone’s top 10 may be different. Some may not even like ten games that Stadia has to offer. But that’s partly why this list is fun. Because it gives a chance to see which games people like best.

With that being said, read on below to see which games were picked for our list. This list will change regularly and we’ll update it as more games come out, and any games on it currently are games which are available.

We won’t be including any games that have not yet been released.

Far Cry 6 is the latest game in the franchise, delivering up a brand-new open world experience filled with quests, a new story, and a whole lot of guns and interesting weapons. Far Cry 6 is set in the Caribbean island nation of Yara, which is inspired by Cuba.

You play as a local named Dani Rojas, who joins a guerilla movement to liberate Yara from the dictatorship of Anton Castillo. For the most part, this is the same sort of gameplay you would expect from any other Far Cry game. Vast swaths of land to explore. Hundreds of quests. Weapon upgrades. Skill upgrades. And a story that is fun to follow. If you like the giant open world layouts of many Ubisoft games, you should find this fun to play.

Child Of Light is a JRPG style game from Ubisoft that follows the story of a young girl who wakes up in a fairytale land. The land is ravaged and ran by an evil dark queen, and as the child of light it’s your duty to bring light back to the world.

Visually the game is a stunning piece of artwork. With hand-drawn watercolor-like graphics. As for gameplay, the camera angle is sidescrolling, and you’ll need to progress through the game to unlock more powerful abilities and outfit your character with better gear and skills.

Right now this is probably one of the best experiences on Stadia you can have, especially at its low price. And if you subscribe Ubisoft+ through Stadia, then the game is free as are all the other Ubisoft games.

PUBG is universally loved as one of the best battle royale games on the market, and understandably so. With its recent launch on Stadia, players are able to bask in the game’s glory in more places than ever before making this a worthy pick for the top 10 Stadia games.

And first-time players on Stadia even get a bunch of cool free loot with the Stadia logo on it.

The base game is free, but if you grab as a Pro member this month, you’ll get a bunch of freebies at no charge. Including the Survivor Pass: Cold Front, and themed skins. The best part about it though is that PUBG on Stadia supports cross-play with consoles.

So if your friends play on Xbox One or PlayStation 4, you can play with them while you play on Stadia. You don’t have to be left out just cause you aren’t playing on the same platform. Get out there and get that chicken dinner.

Few games are satisfying as Destiny 2 in numerous ways. It has some of the best gunplay of any FPS game out there, and there’s just so much to do.

There’s a huge universe to explore with plenty of backstory both through in-game cinematics and story missions as well as through lore books.

The game is best played with friends, and it’s true that the Destiny 2 community on Stadia is at its lowest point ever in terms of player numbers. But that should hopefully change when Stadia Base hits.

When that happens, there’s a lot to look forward to. Even now it’s a game worth playing. Not only cause it’s free with Stadia Pro, but also because the gameplay is just fun.

Whether you want to traverse all the solo campaign content or party up and join a strike or raid, there’s a lot to acquire and achieve. If you love FPS games and you love loot, dive into this one.

Probably one of the greatest Star Wars games of all time, and certainly one of the best in a long while. This is a single-player experience in an action-adventure setting, where you play as Padawan, a Jedi who barely escaped the clutches of Order 66.

The game takes place chronologically after Star Wars Episode III: Revenge Of The Sith. It’s fraught with danger and plenty of challenging encounters, boss battles and more. You can use your lightsaber to dispatch enemies or take them down with one of numerous Force powers once you level up your character and unlock them.

Cyberpunk 2077 catches a bad wrap, and perhaps rightfully so thanks to the numerous launch bugs and left out content, but no matter how you slice it, it’s a great game. It’s extremely fun to play, the story is engaging, and there are what feels like endless build combinations for your character.

Night City is a sprawling behemoth of a map to explore. So there’s no shortage of little adventures to stumble upon. From simply exploring Night City to gathering a wide collection of vehicles, to taking down mega corporations, you’re bound to have fun here. Do yourself a favor and check it out.

Square Enix has spent many years mastering the craft of the JRPG. And Octopath Traveler is a testament to this effort making it an easy pick for our top 10 Stadia games list.

Sure, for many the Final Fantasy series is and will always be the pinnacle of what Square Enix has to offer in the RPG genre. I’m certainly included in that group. But Octopath Traveler is a very good game and a JRPG unlike any other.

In it you’ll get to experience the adventures of eight different adventurers and play each of their roles in this harrowing saga. It features retro-style graphics but with more of an HD look.

Whether you grew up playing JRPG games or not, this is an excellent title in the genre and a great one to get your feet wet with if you’re new to the space.

It’s also one of the largest if not the largest game in the series in terms of explorable space. You also get the option to choose between playing a male or female character. Opening up some of the gameplay narrative a little.

It features some of the best combat the AC games have ever had, without straying too far from the type of gameplay you would know and love from earlier titles.

It definitely isn’t required to play earlier Assassin’s Creed games before diving into this one, but it is fun to play them at some point as there will be little callbacks to those earlier games.

PixelJunk Raiders is an action-adventure roguelike with some awesome visuals (as you can see from the trailer above) and a whole lot of challenging fights. Travel through an alien world attempting to save survivors while trying to survive yourself.

It comes with some of Stadia’s exclusive features like State Share, making it a fun game to play with friends. As you’re dropped onto the planet with basically nothing on your person, you’ll need to scavenge for resources and weapon blueprints to stay alive. Lest you be caught with your pants down so to speak and face the wrath of the planet’s invaders.

DOOM Eternal arrived on Stadia in all its glory back on March 20, the same day it launched on other platforms.

If you played DOOM 2016, then this is everything that game was and more. Complete with even more gory combat and graphics, harder levels, even more demons, and loads and loads of ways to kill them.

Plus, DOOM Eternal on Stadia is included in the Twitch Prime loot that Bethesda is releasing every month. So you can get some of those cool skins, like the Doomicorn Slayer that launched alongside the game, or the upcoming Mullet Slayer that lands at the end of May.

If you want a challenge when it comes to a first-person shooter, look no further than DOOM Eternal. It’s full of wicked encounters that will test your mettle.

Stadia is finally starting to get a larger library of games, and so far DOOM Eternal is the best one that’s on offer and why we chose it for the number one spot on our top 10 list.

This is a game you do not want to miss and, you can pick it up on a deal right now for just $44.99. Keep in mind that these Pro member deals don’t last forever, so that could change rather quickly. If you want to save some cash, grab the game now while it’s less expensive.