Update: On August 26, 2021, AT&T completed the rebranding of AT&T TV (NOW) to DIRECTV Stream. This post has been updated to reflect that change.

For some, the local channels are the most important part of a channel lineup. As these are the ones that they should all have, and also bring you the local news.

What we’ve found is that most of them offer all the local channels, except for Sling TV. Which only offers NBC and FOX in select markets on the Sling Blue plan.

Of course, these channels will depend on where you are located, as not all of the affiliates are owned by the company. For example, Sinclair owns quite a few local channels, instead of CBS or FOX owning them. Speaking of Sinclair, let’s talk about the local sports channels. It’s really fuzzy, but for the most part, almost no streaming service has the FOX Regional Sports Networks. Check out the table below for more.

Much like local channels, these regional sports networks will only be available in the area that they serve. So AT&T SportsNet Pittsburgh is only available in the Pittsburgh area, unfortunately. Meaning if you are a Pittsburgh fan, you won’t be able to get all of their games in Boston, or another city.

For the most part, the Fox regional sports networks are only available on DIRECTV Stream. This is due to the fact that Sinclair bought them from Disney (when it bought Fox), and has started being very greedy about how much they charge for licensing. Causing YouTube TV, Fubo TV and Hulu + Live TV to drop their channels. And we’d expect to see that happen soon with DIRECTV Stream as well. 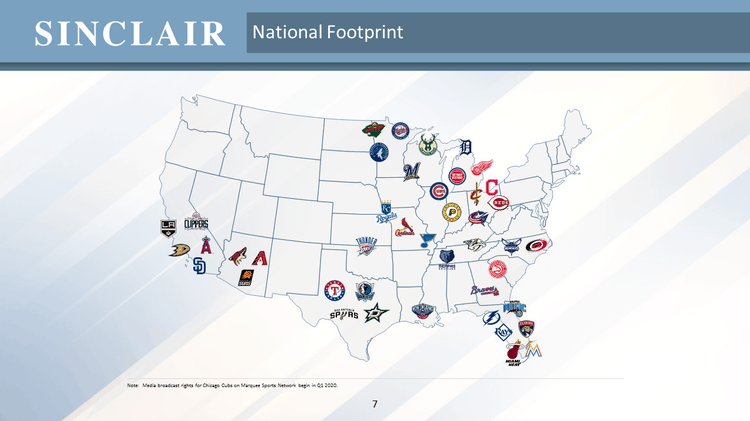 Most streaming live TV services do offer the usual sports channels that you’d expect. Like the ESPN suite of channels, in addition to FS1 and FS2. Fubo TV of course offers a lot of other channels that you won’t find elsewhere. Here’s how they stack up.

Currently, only YouTube TV and Hulu + Live TV have all of these channels. DIRECTV Stream has most, but you will need to upgrade your plan for FS2. Fubo TV has most of these, except for the WarnerMedia channels. That will be changing in the near future, and FuboTV also has a lot of other smaller sports channels available too.

In addition to those national sports channels, there are a lot of college sports networks out there too. And this list is a bit tougher, with YouTube and Hulu offering the majority of these channels.

Premium channels include Cinemax, EPIX, HBO/HBO MAX, Showtime and Starz. These are channels that you almost always have to pay extra for, and that’s the case here. None of these are available included in the base-packages from any of these streaming TV services. Here’s how they stack up.

Keep in mind that AT&T does own HBO MAX and does provide it for free (for one year) if you subscribe to its Choice Plan or higher.

Now for the moment you’ve all been waiting for. This is the list with all of the top cable channels, and which streaming service has them. Most of these services do offer up at least 25-35 of the top Cable channels from Disney, Discovery, NBCU, WarnerMedia, ViacomCBS, Hallmark, A+E and AMC. The lineups are fairly similar but can differ a bit.

DIRECTV Stream Now has around 23 of the top 35 cable channels. And you’ll need to upgrade to the “Choice” plan for $84.99 per month to get the regional sports networks.

FuboTV has around 30 top cable channels, and they recently added the Disney family of channels, which was the only real missing piece in its lineup.

Meanwhile Hulu + Live TV offers around 26 of the top cable channels. And the ViacomCBS channels are on their way to the service, which will bump that number up to 32.

Finally, we have YouTube TV which has around 31 of the top cable channels. Really the only ones that are missing here are the A+E channels like A&E, History, Lifetime and Hallmark.

Without further ado, here’s the full list of the top cable channels.

As you can see, the channel lineups are pretty much the same across the board here on DIRECTV Stream, FuboTV, Hulu + Live TV, Sling TV and YouTube TV. There are a few channels that are different, which makes it even tougher to decide which one to get.

For sports lovers, FuboTV is definitely the best bet. As it does have a ton of sports channels available, as well as many in 4K. Giving you a really incredible looking picture here. Unfortunately, regional sports channels are still very hit or miss, especially when it comes to the Fox Regional Sports Networks. And that comes down to Sinclair being unfair with negotiations, forcing most streaming services to drop their channels. Currently, only DIRECTV Stream has the Fox Regional Sports Networks, and we’d expect that to change once their contract comes up for renewal.

One thing we do need to mention about DIRECTV Stream though, is the fact that it is not allowing new customers to sign up right now. You’d need to sign up contract free, which will cost you a bit more per month. Hopefully this is not a sign of AT&T getting ready to ditch this service (too).