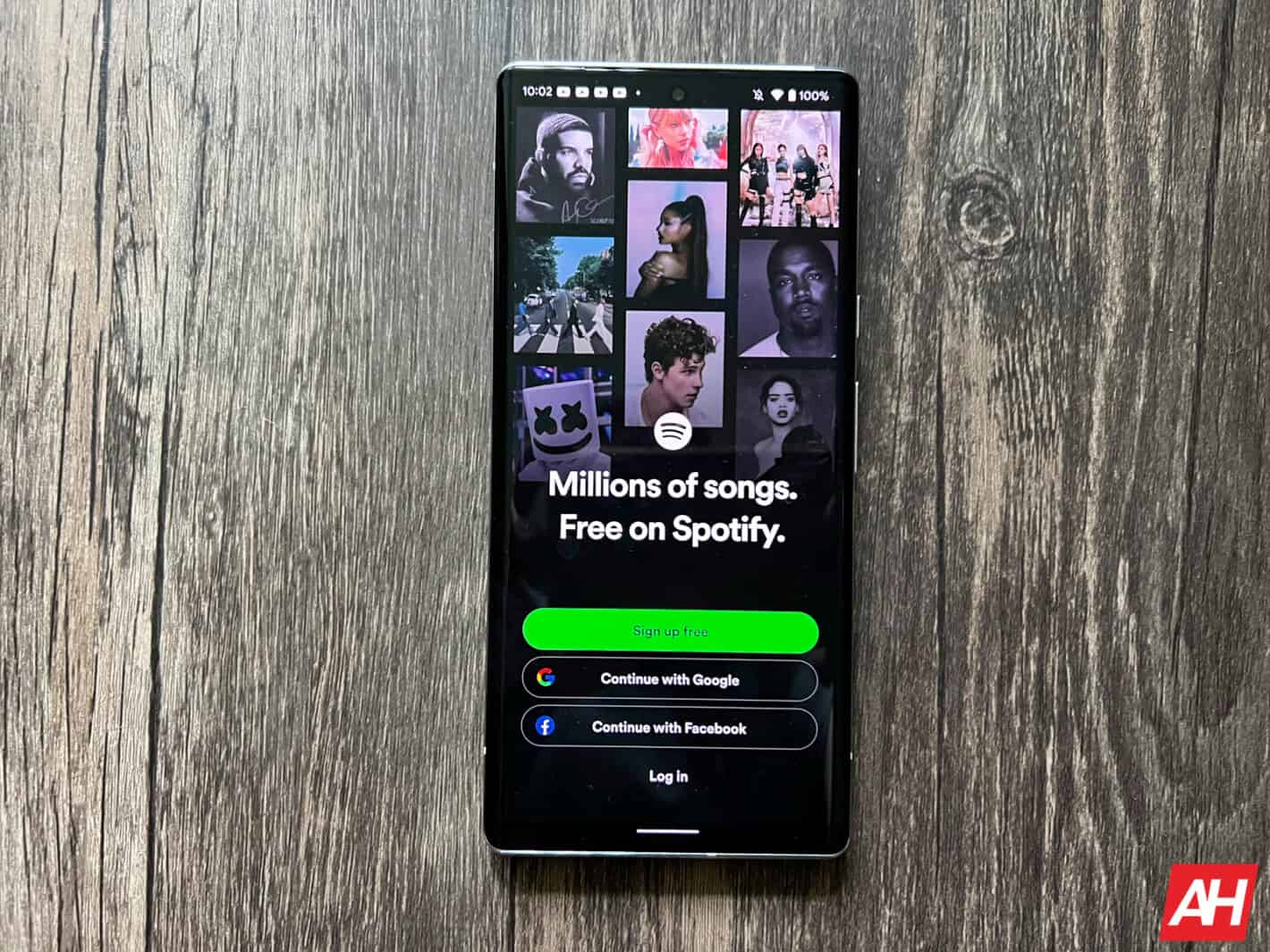 Believe it or not, Spotify was one of the first streaming music services that offered more than just a personalized radio service – like Pandora. It actually launched in 2008, ahead of YouTube Music (or Google Play Music), Apple Music, Amazon Music and even Tidal.

It’s also the most popular music streaming service in the world right now, which is pretty surprising, considering we have Amazon, Google and Apple all in the streaming music race. But are you getting the most from your Spotify subscription, whether that’s free or premium? Let’s find out and go over everything that you need to know.

Spotify is a streaming music service, which is based in Sweden, surprisingly. It came to fame in the late 2000s and early 2010s, thanks to offering a free plan. Making it easier for people to get their favorite music, without having to buy albums or individual tracks. Which was really the only way to do it back in the day. Now, that seems very archaic.

Currently, Spotify boasts about 70 million songs in its catalog, that might sound like a lot, but Apple Music has more. Apple Music boasts around 75 million. While YouTube Music is around 40 million, and Amazon Music is a bit less. This means that you’ll have plenty of songs to choose from on Spotify, even if it doesn’t have every song.

In recent years, Spotify has aimed to move past just offering streaming music. It has added podcasts to the platform, and even signed an exclusive multi-year deal with Joe Rogan worth around $100 million. it also purchased podcasting networks like Gimlet Media and Parcast.

The company has also debuted Spotify Live, which is basically like Twitter Spaces, but on Spotify. It’s a cool place for people to record a podcast live, or just chat with their followers. It obviously, works better for artists who already have a lot of followers on Spotify and can bring in a huge audience.

How does Spotify work?

Spotify is probably the simplest streaming music service out there, and that might explain its dominance. Simply open the Spotify sign up page to sign up and get started. After you have signed up, you’ll be directed to download the Spotify app for whatever platform you are on. Spotify has apps for basically every platform. Windows, macOS, Android, iOS, Android TV, Apple TV, and everything in between. So you can use it on every platform.

On the home page of Spotify, you’ll see playlists that you’ve played recently, followed by your own curated mixes which is based on your previous listening. Below that, you’ll find other playlists that Spotify thinks you’ll like to listen too. Of course, all of this will improve the more you listen to Spotify. As it sees what you like and don’t like. Even though in the initial setup, you did select your favorite artists and genres. 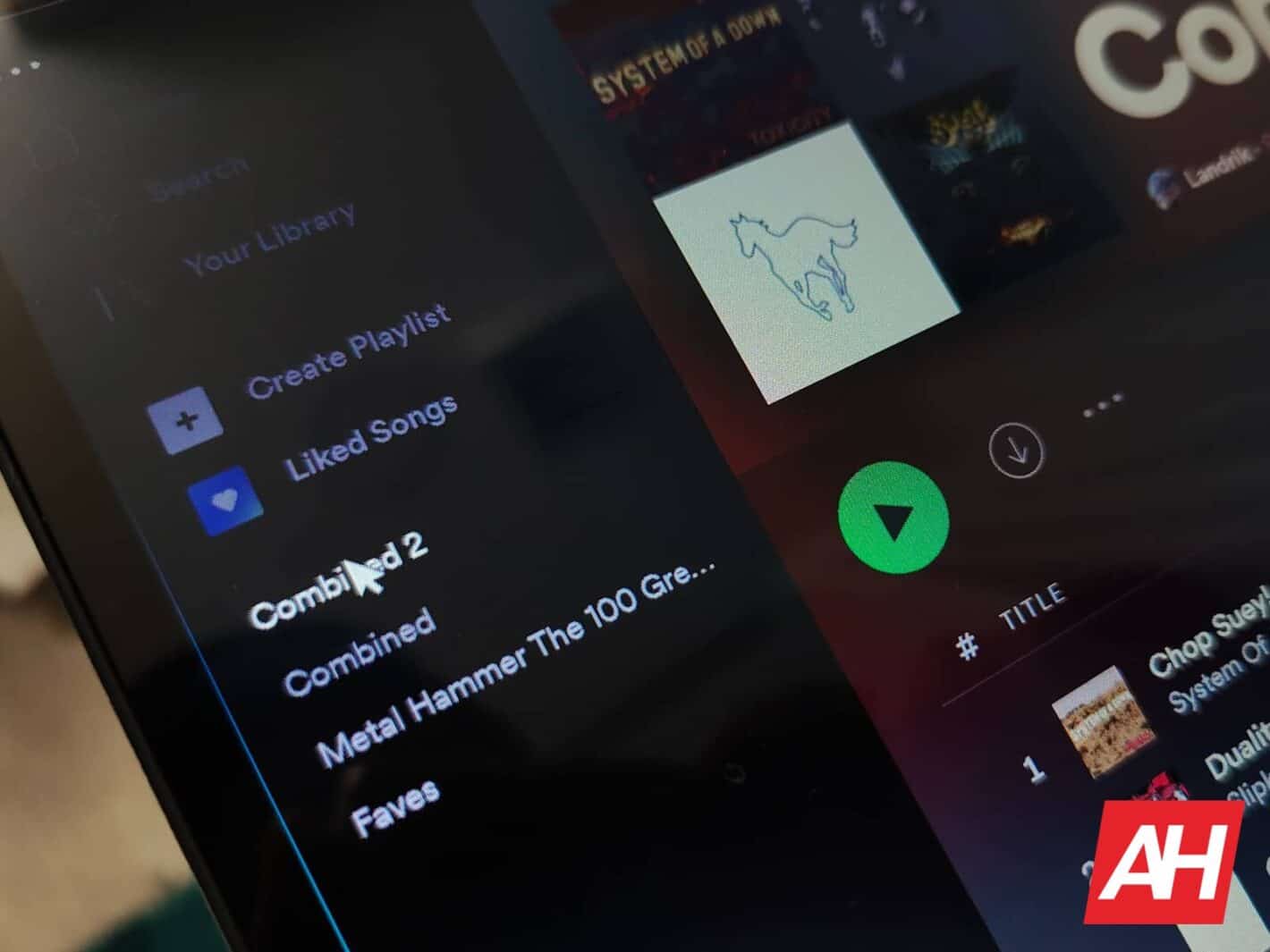 Is Spotify available in my country?

Spotify is currently available virtually everywhere. That includes Europe, Africa, North America and more. There are a couple of countries that do not have Spotify, and they probably don’t surprise you. That’s Russia and North Korea. Here’s the full list, by continent:

How much does Spotify cost?

Are there student discounts?

Spotify actually offers a really incredible deal for students. You can get Spotify Premium for just $4.99 per month, which is already half off. But it also bundles in Hulu (ad-supported plan) and SHOWTIME for that price. That would normally cost you around $28 per month for all three, and students can get it for $5. That’s really not bad at all.

Now you will need to prove that you are a student at a “Title IV accredited institutions in the US”, according to its page. You can see all of the terms and conditions here.

With Spotify Free, you will get a basic, ad-supported experience with the service. You’ll get unlimited access to its catalog of music, and podcsts. But there are frequent ad breaks. Spotify will typically play five to six songs before playing an ad. So it’s not super intrusive, but can be annoying. You can still play any playlists, but you can’t create your own playlists. So you’ll have to stick with the pre-made ones from Spotify, or ones that others have made.

Otherwise the experience is identical. With the same social features and the same curation for music based on your tastes.

Now with Spotify Premium, you’ll get no ads at all. You also get better audio quality, if that’s important to you. The free plan does up to 160kbit/s, while the premium version doubles that to 320kbit/s. You’ll also be allowed to download songs to play offline. But there are a couple of caveats there, if you cancel your subscription, those downloaded songs will no longer be available. And you can only download 10,000 songs across five devices. You likely won’t run into that issue, but good to keep in mind.

Finally, Spotify Premium also gets you unlimited skipping. Of course, that really matters for radio stations within Spotify. But it’s a good feature to have. 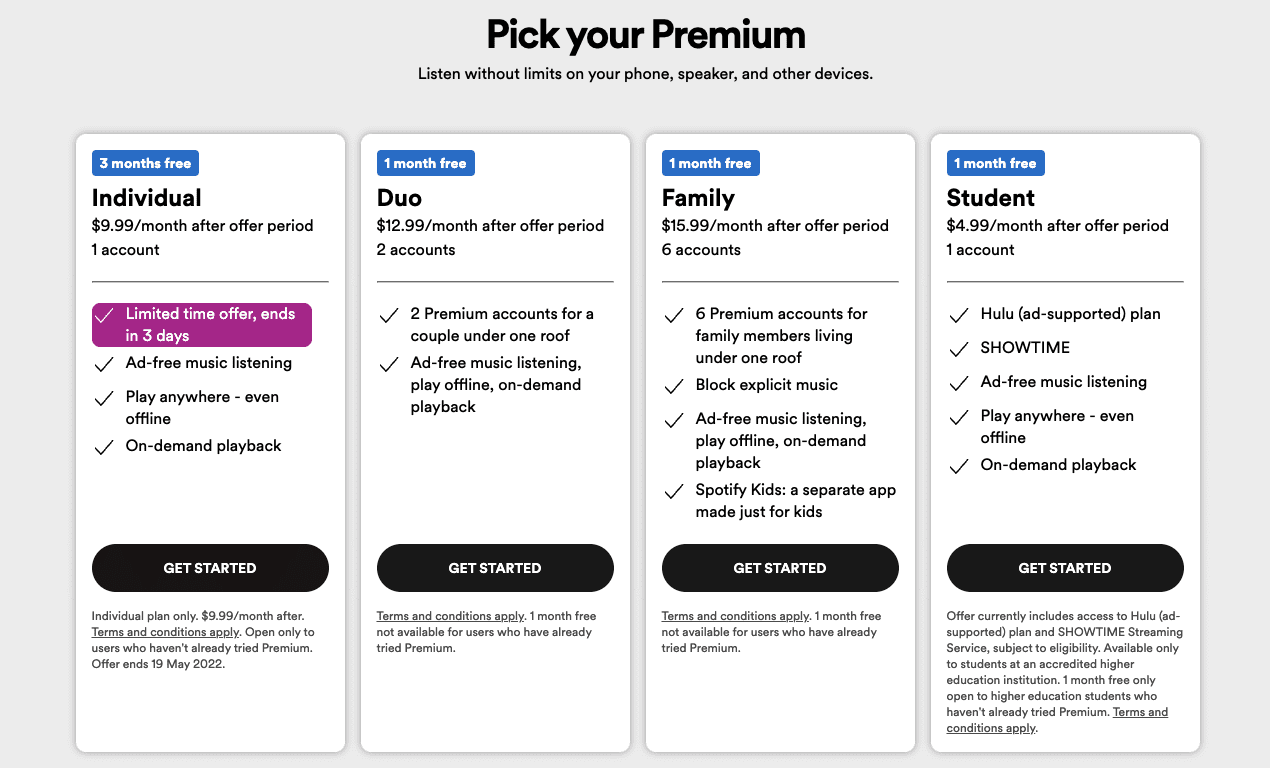 Spotify offers regular free and premium plans, but it also has a few others available. Here’s a rundown on those other plans:

Spotify will also routinely run specials where you can sign up and get three months of Premium for free, or for the price of one month.

What is Spotify Connect?

If you’ve talked to any Spotify user, they probably mentioned Spotify Connect as a killer feature that no other platform has. It’s honestly, a very simple feature that Spotify has had built into its platform for almost a decade now.

Basically on the music screen, or down by the playback controls you’ll see an icon that looks like a computer with a speaker over it. If you click on that, you’ll see every device on your WiFi network that can play music from Spotify. These include smart speakers, smart displays, Bluetooth speakers, smart TVs and even other mobile phones. Which makes it super easy to start playing music on a Sonos Roam, or a Nest Audio, without having to go through the Google Assistant. 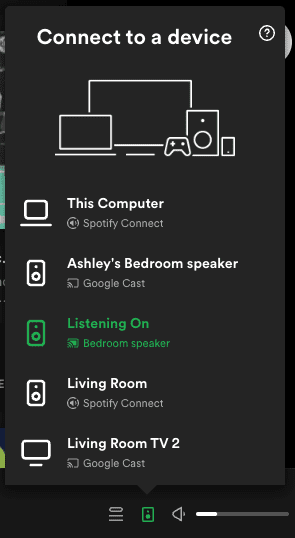 It’s a very simple feature, like I mentioned already, but no other platform has anything close. YouTube Music has something somewhat similar, but it is not very stable and does disconnect quite often.

Another killer feature for Spotify is its recommendations and discovery. It’s among the best in the business. Spotify will generate a handful of playlists just for you, each week. There are six Daily Mix playlists, which follow different genres and artists, based on your recently played tracks. One might be more Rap based, while another is more Pop based, and another be more Country. So you can choose what you want, and even discover new music in that playlist. 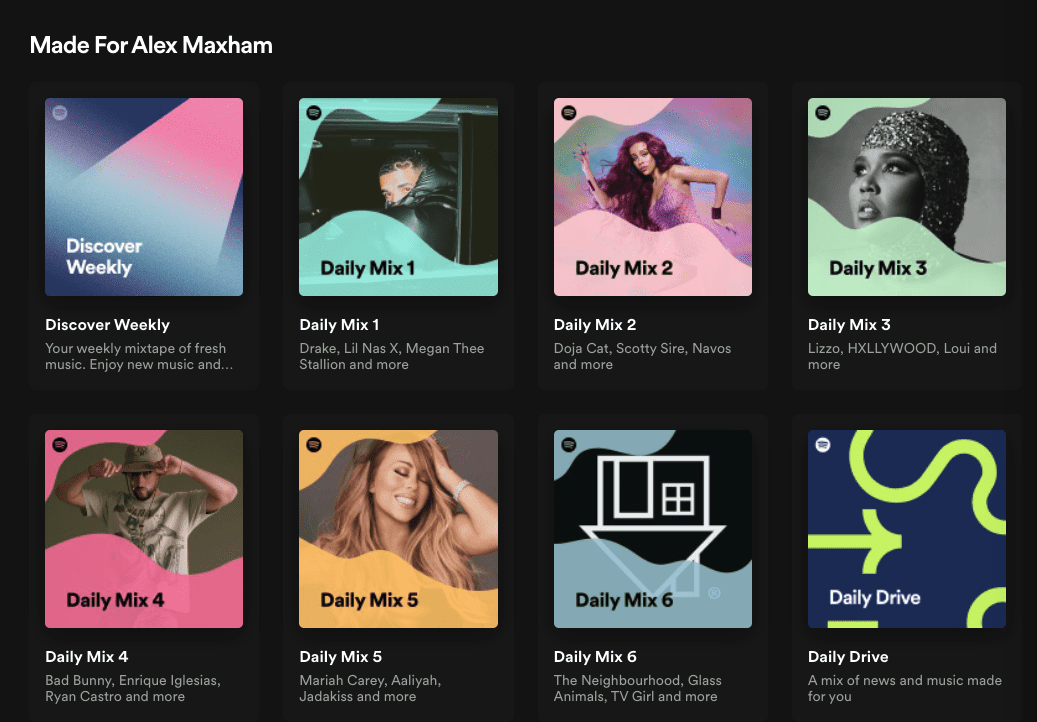 All of these playlists are updated weekly, some are at the beginning of the week, while others are at the end. As with other features of Spotify, the more you listen to music on Spotify, the better these will get. It’s also a good idea to skip songs you don’t like and thumbs down songs you don’t like, while thumbs up-ing those you do. As that helps improve the algorithm too. 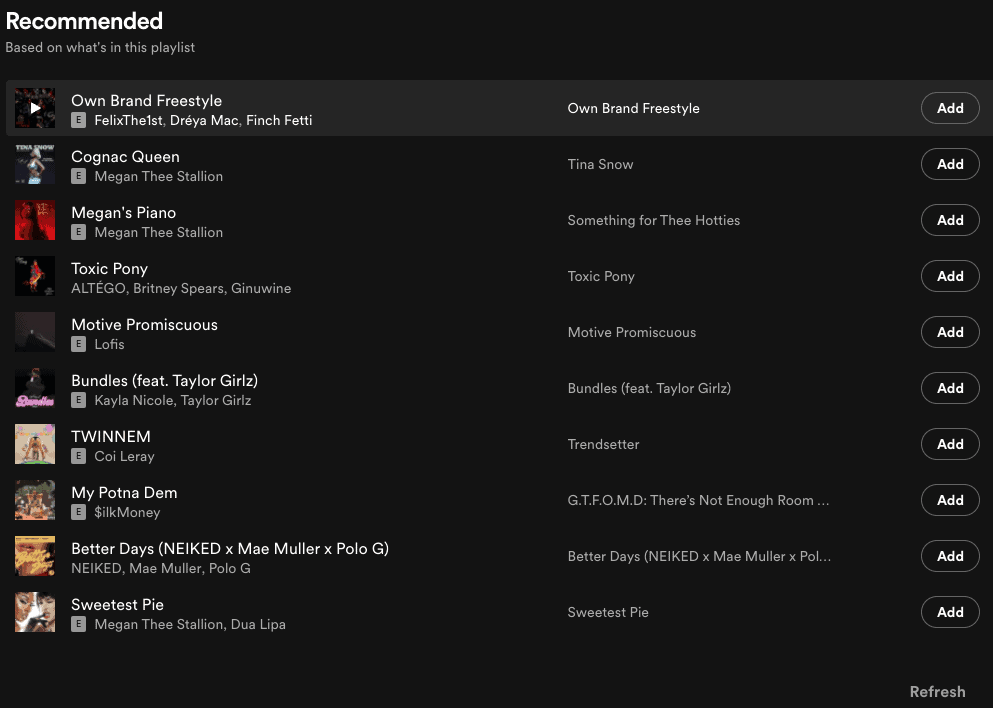 With your own playlists, Spotify does a great job of helping you find more songs to add to your playlist. At the bottom, there’s a “Recommended” section with about 10 songs to choose from. You can play them, and/or add them to your playlist. There’s a refresh button at the bottom that you can use to refresh the list. This list is curated based on what is in the playlist already, and what kind of music you’ve been listening to.

Every year, usually around the first week of December, the streaming service will unveil Spotify Wrapped. This is a way to visualize how much music you listened to for the year. While also showing you what were your favorite artists, genres and tracks. Spotify will also create a playlist for you based on your most listened to songs from the year. Which is cool playlist to have automatically created for you.

In recent years, it has overhauled Wrapped a bit so it’s set up more like an Instagram Story. And it makes it super easy to share some of these stats on Twitter, or other social media. Here’s how you can access Spotify Wrapped.

If you’re looking for a good streaming music service, then Spotify is the way to go. I’ve actually tried Amazon Music, Apple Music, and YouTube Music over the past year, after using Spotify for almost a decade, and found that while some were good, none were as good as Spotify. And the good thing is, they are all the same price, however Spotify is the only one with a legit free tier.

The Spotify music streaming service has over 70 million songs, it has the exclusive rights to the Joe Rogan Experience, and has really great discovery available. Making it a great one-stop shop for everything that you might need. Not to mention the fact that its apps are much better than most other services, since it isn’t relying on just web apps like some other services.

You can sign up for Spotify by clicking here.