Skip to content
Advertisement
Trusted By Millions
Independent, Expert Android News You Can Trust, Since 2010
Publishing More Android Than Anyone Else
41
Today
223
This Week
558
This Month
4436
This Year
122017
All Time
Advertisement Sony has announced a new smartphone, the Xperia PRO-I (mark 1). This is the world’s first smartphone with a 1-inch camera sensor. In fact, this phone is all about the camera, and that’s what Sony teased prior to its launch. The company actually refers to it as “The Camera”.

The phone uses a 1.0-inch Exmor RS image sensor with phase detection autofocus. This is actually the same sensor used in the Sony RX100 VII camera, though this one is optimized for a smartphone. 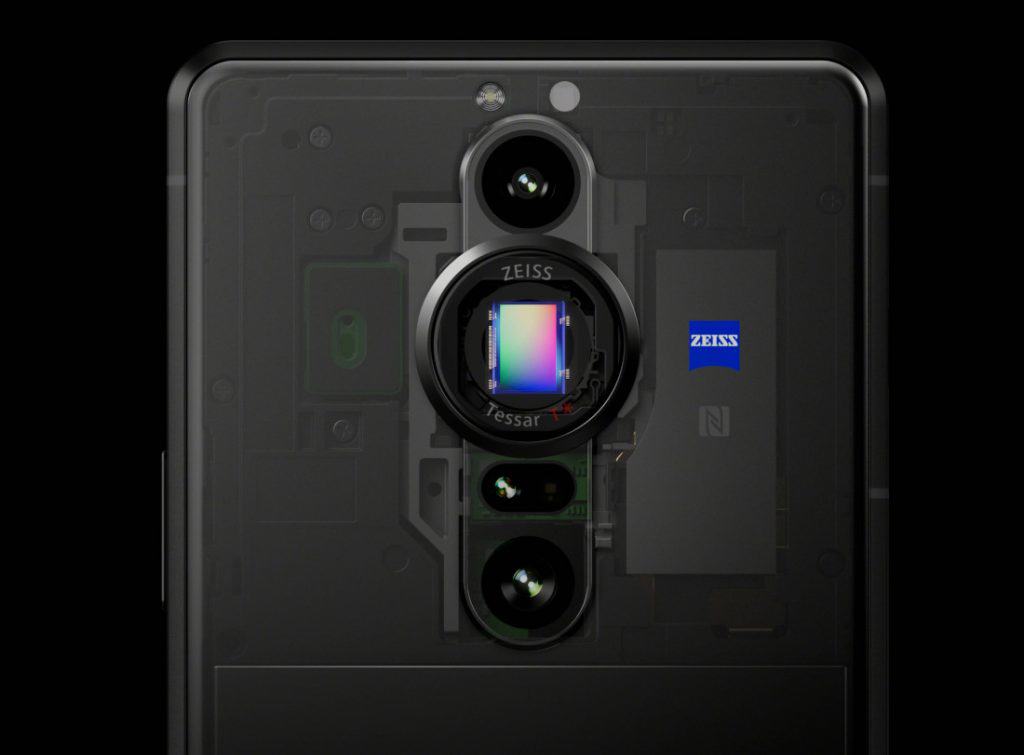 This sensor has a 2.4um pixel size, and it supports RAW 12-bit shooting. On top of that, you’re getting dual aperture (f/2.0-f/4.0) here, so you can easily change the depth of field as you see fit.

On top of all that, the Xperia PRO-I features a BIONZ X for mobile image processor, and a front-end LSI for improved image quality in a wide range of scenes.

It has three cameras on the back

There are actually three cameras sensors on the back of this smartphone, plus a 3D iToF unit. All three of those cameras come with lenses that contain ZEISS T* anti-reflective coating. This is something Vivo used on its flagship devices. 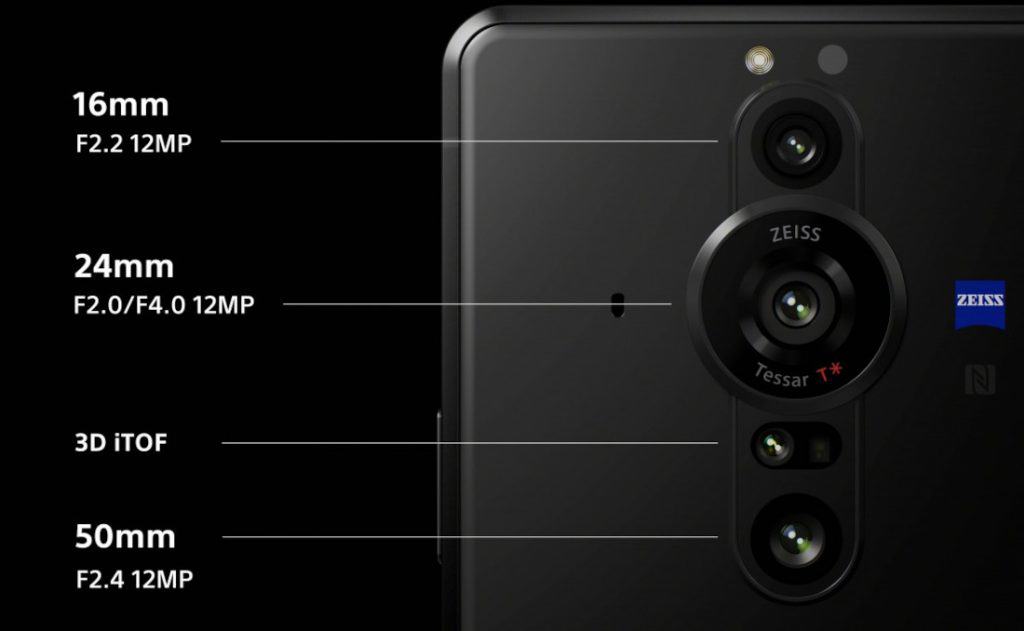 This smartphone offers 315 phase-detection autofocus points that cover 90-percent of the frame. Real-time tracking is included as well, as is 20fps AF/AE burst shooting. An Anti-distortion shutter for cleaner capture of fast-moving objects is also a part of the package.

A dedicated shutter button is included

The phone does deliver a dedicated shutter button, in case you’ve been wondering. It has the same shutter switch as Sony’s RX100 series cameras. You can also long-press that shutter button to quickly launch Photography Pro. 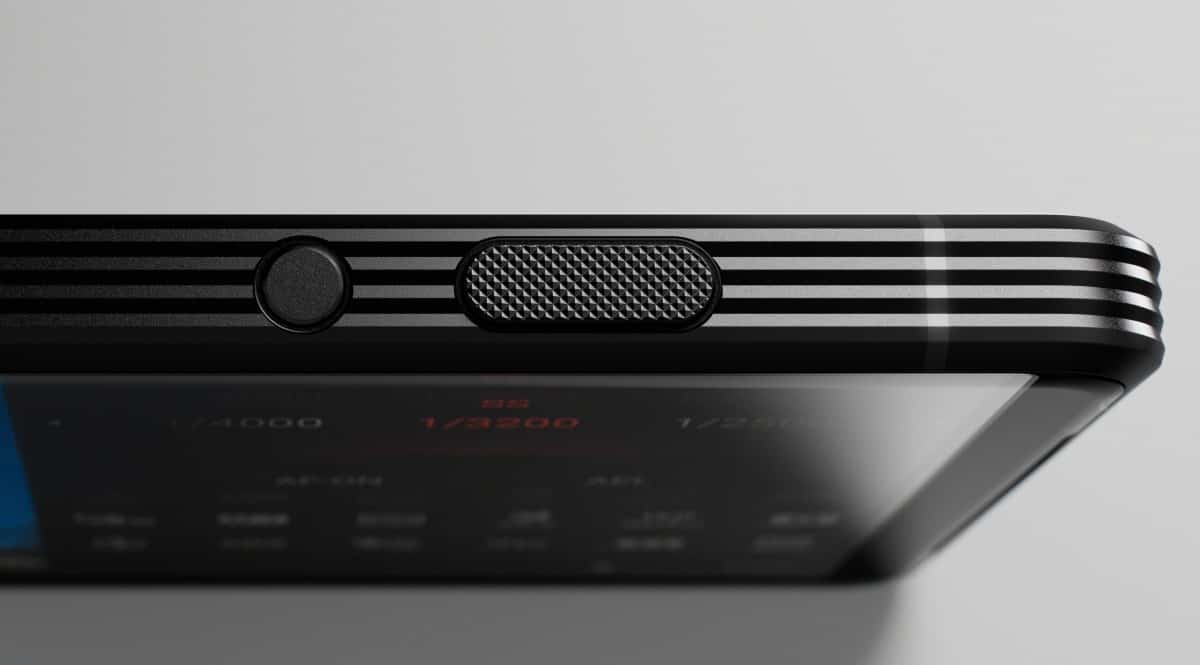 Sony also included stereo microphones inside this phone, and it has a built-in monaural microphone next to the main camera. Sony’s audio separation tech should be able to filter wind noise properly as well.

A new videography feature is included here, and the device has a high-precision Level meter. A single 8-megapixel camera (1/4-inch Exmor RS sensor, f/2.0 aperture, 1.12um pixel size, 84-degree FoV) can be found on the phone’s front side. We’ve talked a lot about its cameras, as they’re its main selling point, but what about the rest of its specs? Well, other than the camera setup, it delivers pretty much the same specs as the Xperia 1 III.

The Sony Xperia PRO-I features a 6.5-inch 4K OLED display. The device is fueled by the Snapdragon 888 SoC, while it includes 12GB of RAM as well. On top of that, Sony included 512GB of storage (expandable up to 1TB), which you’ll definitely need if you choose to shoot video content with the device.

A 4,500mAh battery is built-in, while 30W charging is supported 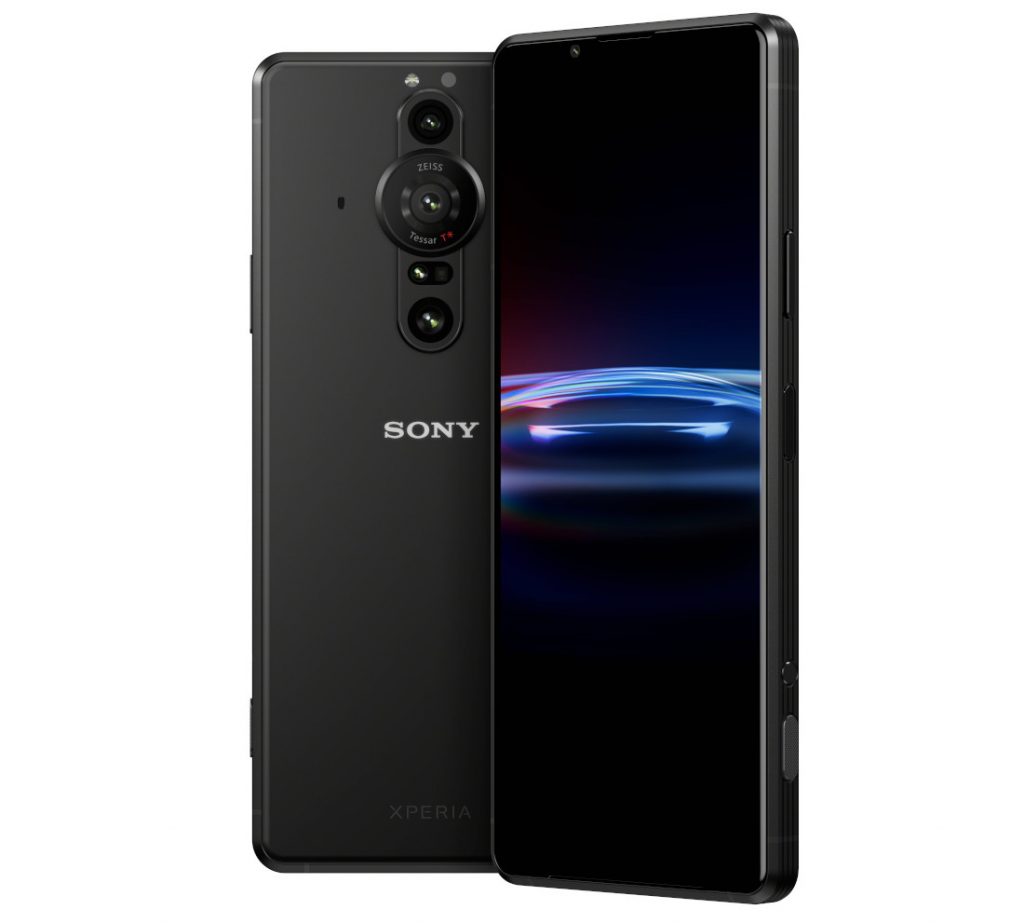 This phone is water resistant and dustproof, while it has a 3.5mm headphone jack. 360 Reality Audio is included, and 360 Reality Audio hardware decoding. 360 Spatial Sound is a part of the package, and so are full-stage stereo speakers, and Dolby Atmos support.

A fingerprint scanner sits on the right-hand side of this smartphone, while the device measures 166 x 72 x 8.9mm, and weighs 211 grams.

Pre-orders kick off on October 28

The Sony Xperia PRO-I is priced at $1,799.99 / €1,799 and will become available in the US, UK, France, Germany, the Netherlands, and the Nordics from early December. Additional European countries will get it next year. Sony will kick off pre-orders from October 28.