Skip to content
Advertisement
Trusted By Millions
Independent, Expert Android News You Can Trust, Since 2010
Publishing More Android Than Anyone Else
17
Today
214
This Week
214
This Month
5495
This Year
123043
All Time
Advertisement 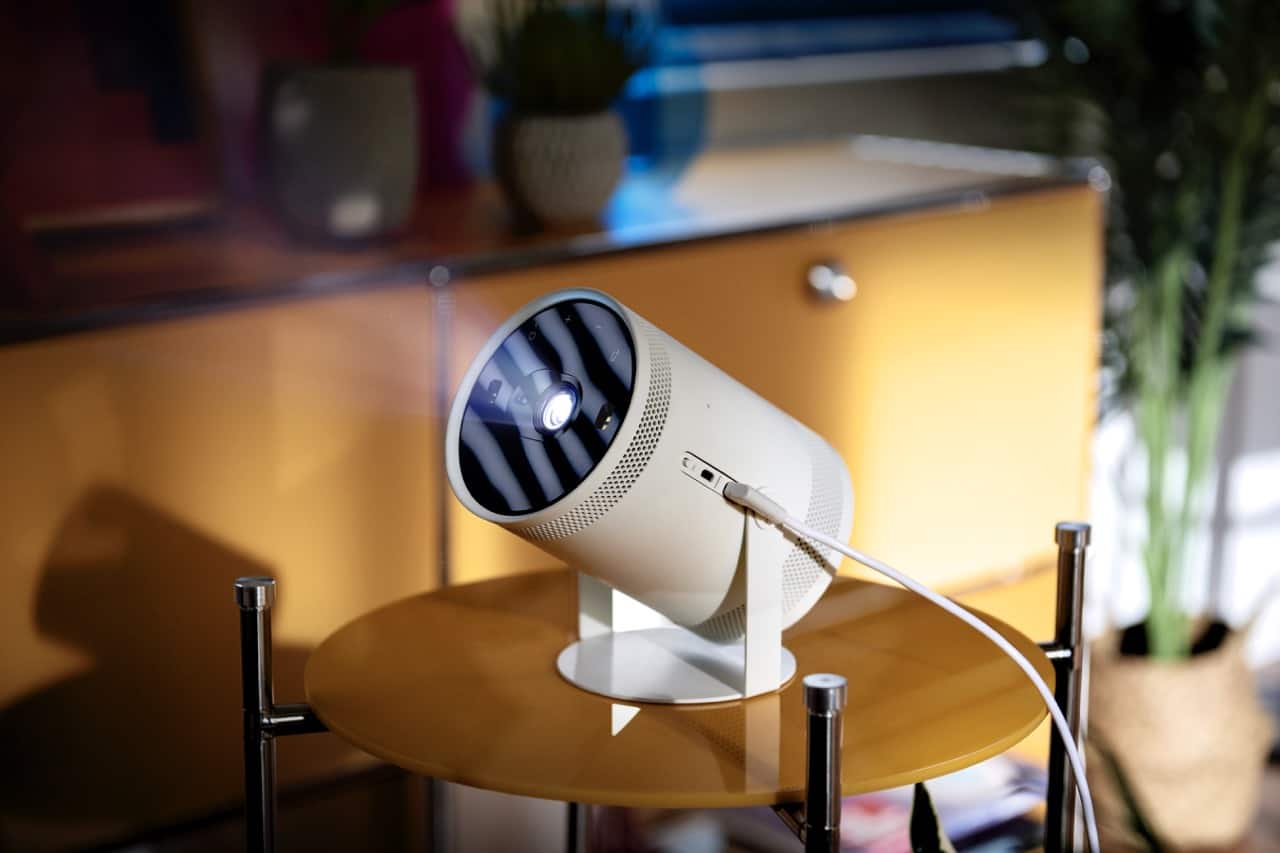 Amazon has the Samsung The Freestyle on sale today for $797, that’s going to save you $100 off of its regular price. That’s a pretty good price on The Freestyle, to be quite honest. Though, it’s not an all-time low, as Woot had it down to $647 back in April.

The Freestyle is a smart portable projector that is also pretty small. Now there is no battery inside, it’s called “portable” because of how easy it is to move around to other areas of the home or even use outside. Samsung touts this as showing you a 30-100 inch display. So you could use this outside for movies in the summer. But it can be used with an external battery pack – like one from Samsung or Anker that you use to power your phone.

Because of the unique stand on The Freestyle, it makes it easy to tilt it up and down to adjust the height of the picture. You’ll also get premium 360 sound from this little projector. It’s good enough to fill an entire room with sound. You’ll be surprised at how good the sound can be, from such a small projector.

Inside, The Freestyle runs Samsung’s Tizen TV operating system. So you’ll get access to Bixby, Amazon Alexa and Google Assistant here. Also access to a lot of your favorite apps like Netflix, Hulu and much more.

The only downside with The Freestyle is the brightness. It comes in at 550 lumens. Which is not very bright and means that you will need to use it in a very dark room, preferrably with no windows.

You can pick up The Freestyle from Amazon by clicking here.