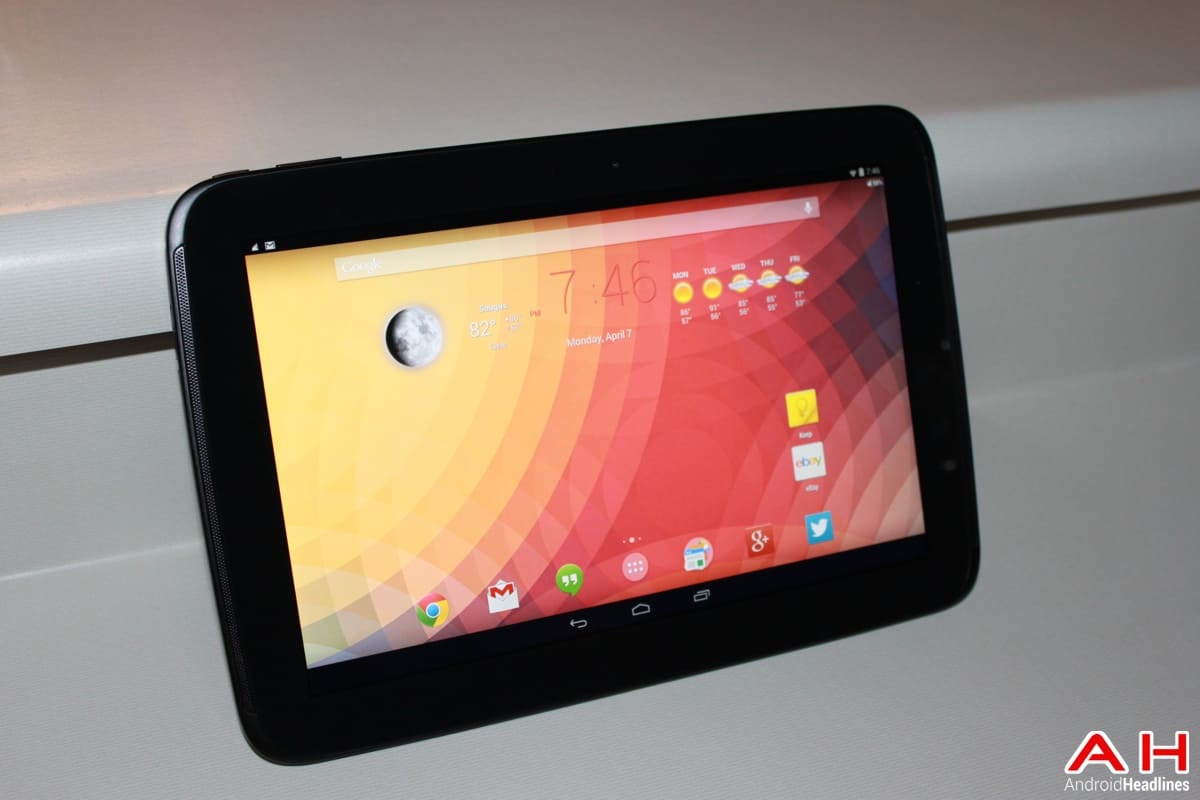 Samsung Google Nexus 10 is Google's first shot at a big(ger) Nexus  tablet. This is company's first 10-inch device manufactured by Samsung. The device sports a beautiful and unique 10.1-inch 2560 x 1600 panel which is flanked by front-facing speakers which are always a useful addition to any device. You'll notice that the tablet itself sports a rather industrial look, just like every other Nexus device thus far, which some people greatly appreciate. The device comes with Android 4.2 OS and really does offer a lot for the price.

Samsung Google Nexus 10 features a 10.1-inch 2560 x 1600 Super PLS display along with 2GB of RAM and either 16 or 32GB of non-expandable internal storage. The device is powered by Samsung's very own Exynos 5250 dual-core Cortex-A15 chip clocked at 1.7GHz which comes with Mali-T604 GPU. 5-megapixel is located at the back of this device and flanked by a LED flash while the device also has a 1.9-megapixel front-facing shooter available. 9000mAh non-removable battery is also a part of the package and the device is shipped with Bluetooth 3.0. NFC is also present here and as far as sensors go you get accelerometer, gyro, proximity, compass and a barometer. The device measures 263.9 x 177.6 x 8.9mm and weighs 603 grams.

Galaxy Nexus 10 is a great tablet. Of course, this device is not for everyone, but if you're looking for a media consumption device this device will do great. You can't beat that beautiful 10.1-inch 2k display and front-facing speakers as far as media consumption goes. Same thing can be said for games and music I guess. Soft touch back is also a nice addition and it will make your grip nice and safe. The device is a bit hefty, but you have to expect that considering this is a 10-inch tablet after all. The device, of course, has its downsides, such as rear-facing camera, but who takes pictures with a tablet camera anyway? You'll, of course, be the first to get updates straight from Google considering this is a Nexus device.