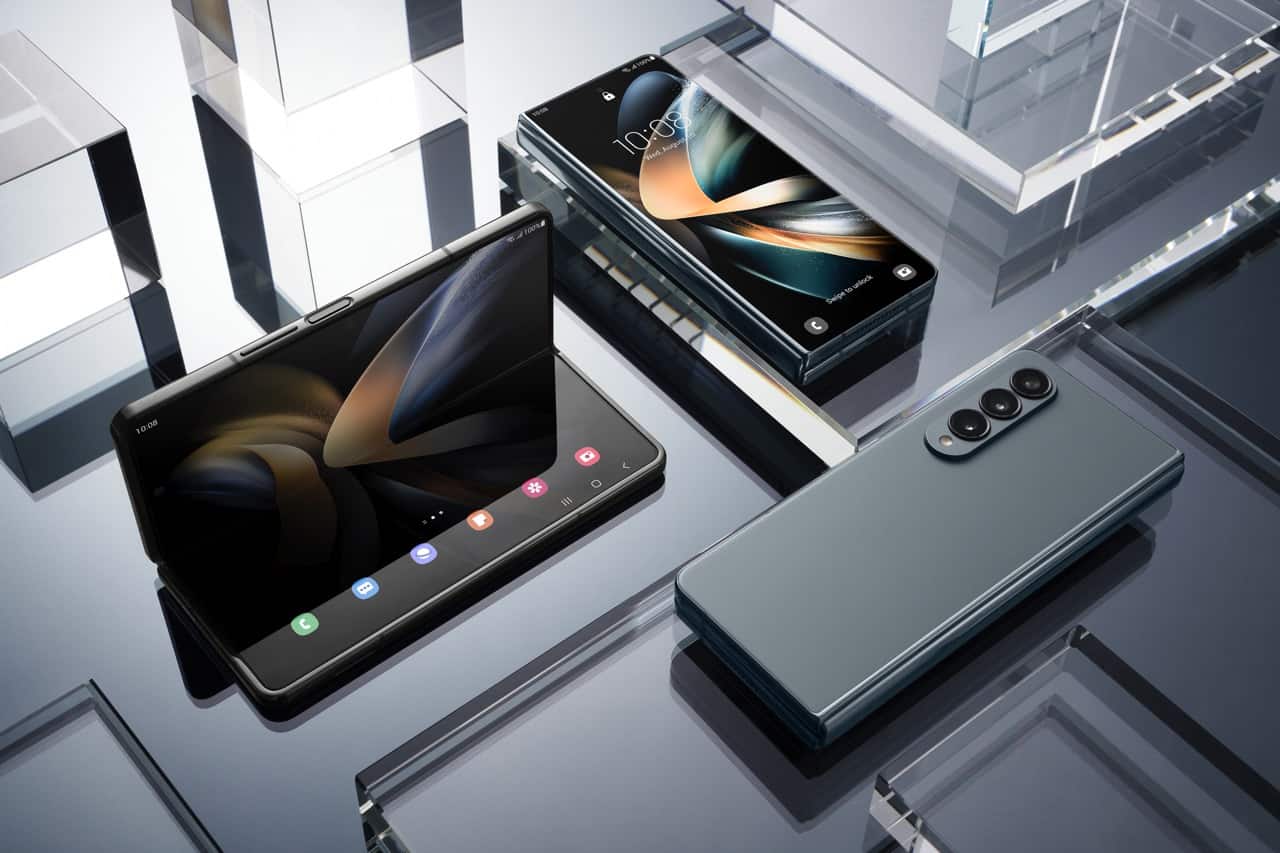 On August 10, Samsung announced a bunch of new products. The Galaxy Z Fold 4 was arguably the most popular amongst them. This is the company’s new foldable flagship. it is not the only foldable smartphone that got announced during that event, but it is the most powerful one. As per usual, there’s a lot to talk about when it comes to this phone. We already have a ton of content on the site, but this article will come in handy if you’d like more information about the device.

In this article, we’ll try to squeeze as much information about the Galaxy Z Fold 4 as possible. You’ll be able to read about its price, general availability, specifications, features, accessories, and more. The Galaxy Z Fold 4 surely is not a cheap smartphone, but if you’d like to experience a foldable smartphone properly, this is one of your best options. Let’s see what the phone has to offer.

When does the Samsung Galaxy Z Fold 4 come out?

The Galaxy Z Fold 4 pre-orders start on August 10, the same day the phone launched. The phone will become available to purchase starting on August 26.

How much does the Samsung Galaxy Z Fold 4 cost?

The Samsung Galaxy Z Fold 4 comes in three variants, all of which include 12GB of RAM. The phone is available in 256GB, 512GB, and 1TB storage options. The phone’s pricing, for an unlocked variant, is set at $1,799. So, as you can see, its price is the same as last year. That was the price tag of the entry-level Galaxy Z Fold 3 when it launched a year ago. This time around, the options go all the way up to 1TB. 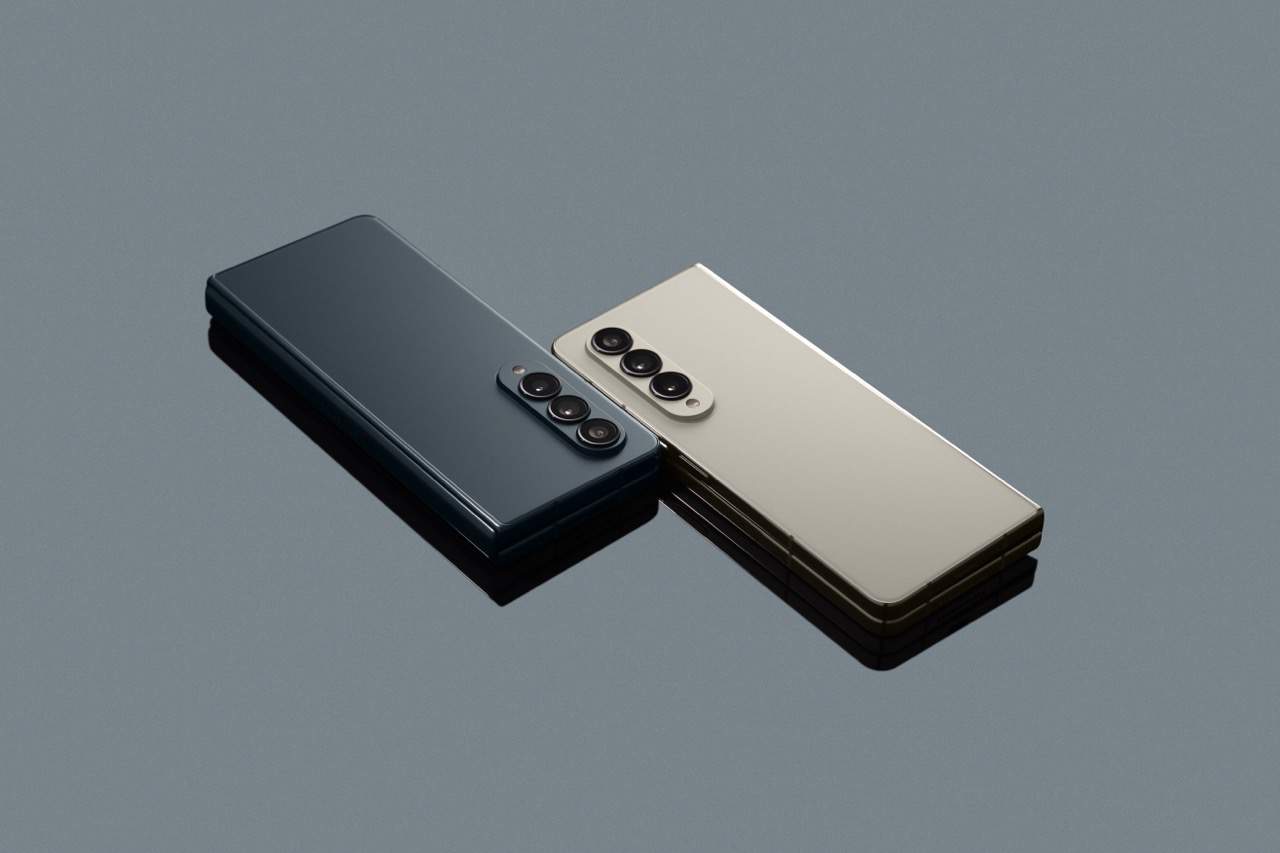 There are plenty of offers in the US for the Galaxy Z Fold 4. Do note that Samsung has some really neat offers, as do the US carriers. So, we’ll talk about those separately.

Samsung has some pre-order offers in place for the Galaxy Z Fold 4. If you opt to pre-order the device between August 10 and August 25, you will receive a complimentary memory upgrade to double the storage. On top of that, Samsung will give you up to $1,000 off with an eligible trade-in, and a Standing Cover with Pen case. You’ll also get a $100 Samsung Credit.

Samsung also offers Samsung Care+ if you purchase this device, You’ll get 24/7 Samsung expert support, cracked screen repairs for as low as $29, protection against drops and spills, and more. Do note that coverage is available for $8 or $11/month.

AT&T offers up to $1,000 off the retail price for the Galaxy Z Fold 4. You can get such a discount if you trade in your Galaxy phone. The discount will depend on the device you trade in, of course.

If you pre-order the phone from AT&T, you can get some added perks. Those perks include a free memory upgrade (double the storage), and a Samsung case.

Verizon offers up to $800 off the Galaxy Z Fold 4 with select trade-in on a qualified 5G Unlimited plan. You’ll also get a $200 Verizon eCard in that case, if you opt to sign up.

Where can I buy the Galaxy Z Fold 4?

The Samsung Galaxy Z Fold 4 will become available on August 26 from Samsung.com, Samsung Experience Store, and all major carriers and retailers. You can, however, already purchase the device, and some links are provided below.

Which carriers will sell the Galaxy Z Fold 4?

The Galaxy Z Fold 4 will be sold by all major carriers in the country (US), and the world. In the US that goes for AT&T, T-Mobile, and Verizon.

Can I get an unlocked Galaxy Z Fold 4?

Yes, you can buy the unlocked Galaxy Z Fold 4. Both Samsung.com and Best Buy will sell it unlocked. Best of all, you’ll be able to use that device on any US carrier, and as well as MVNOs that run on those networks. So basically anywhere in the US.

The Samsung Galaxy Z Fold 4 comes in three color variants. The company is using its semi-fancy names for these colors, which are Phantom Black, GrayGreen, and Beige. The first and last are kind of self-explanatory. You’re getting black and beige colors here. The second, well, that’s not the name we’d use for that color, but there you have it. The GrayGreen color is way more gray than green, it actually seems like a gray color with just a little bit of blue in it. In addition to those three colors, however, the Burgundy model is also available, but only exclusively from Samsung.com. 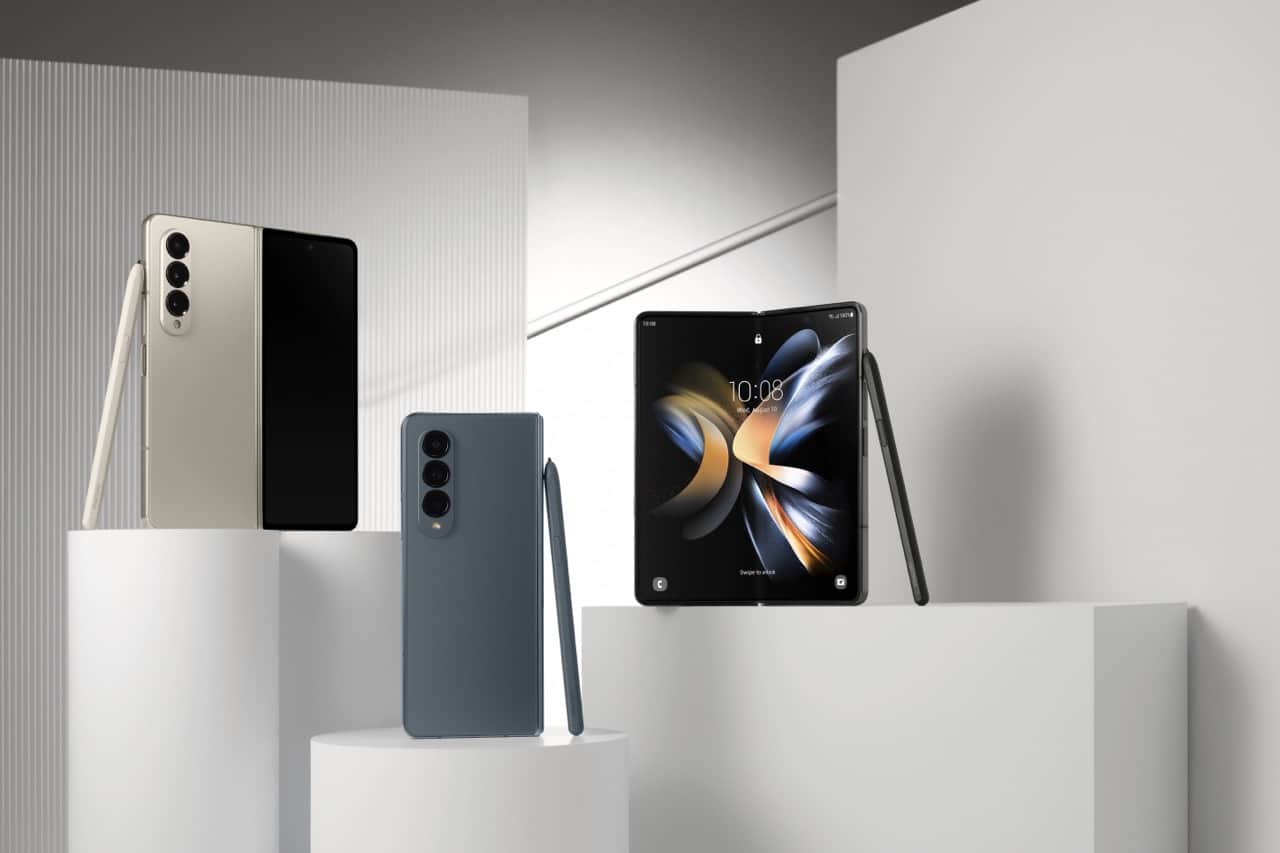 What are the specs of the Galaxy Z Fold 4?

Below are the specs for the Galaxy Z Fold 4.

The Galaxy Z Fold 4 is a smartphone packed with features. Samsung’s One UI skin comes with plenty of added features, on top of what Android delivers on its own. We’ll talk about the most notable ones here, and do our best not to repeat some existing features/changes you’re quite familiar with.

Android 12L comes pre-installed on the Galaxy Z Fold 4. This is actually the very first smartphone to ship with Android 12L, in case you’re unaware. Google created Android 12L as a specialized version of its OS for large-screen devices. That includes both foldables and tablets.

With the Galaxy Z Fold 4, Samsung introduced a brand new ‘Taskbar’. Taskbar actually provides you with a layout similar to your PC. It allows you to quickly access your favorite and most recent apps, making you more productive in the process. Do note that this feature is supported on the main screen only.

Multitasking has also been improved on the Galaxy Z Fold 4. Not only because of the ‘Taskbar’, but the new swipe gestures Samsung introduced. You can instantly switch full-screen apps to pop-up windows or enter the split screen mode. In order to use the new swipe gestures for multitasking, though, you’ll need to activate ‘Labs’ in the phone’s settings.

The Galaxy Z Fold 4 got announced with the improved camera hardware. The main improvement is in the main camera, as a newer 50-megapixel sensor is used here. It comes with larger pixels, and this sensor allows for 23-percent more light to enter a scene. Samsung also says that image processing has been improved, and that is especially true for low light scenarios.

The Galaxy Z Fold 3 was the company’s first smartphone with an under-display camera. That camera was still kind of visible, though, and looked quite odd at the same time. Well, Samsung decided to improve things in that department, and claims that the under-display camera is now less visible than before. You can still see it, though.

What accessories are available?

Samsung launched several accessories alongside the Galaxy Z Fold 4, one case, and two S Pen accessories, at least in the US. You can read more about them below. 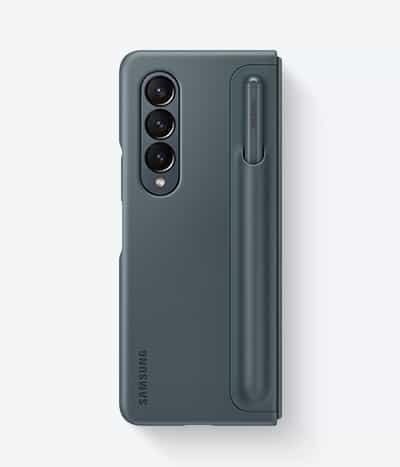 The Standing Cover with S Pen is the only case currently available for the Galaxy Z Fold 4. It comes with the S Pen, and a holster for it. It also has an adjustable kickstand to hold your screen up to a comfortable angle of 55 degrees. Graygreen, Black, and Sand color options are available, while the case is priced at $89.99. 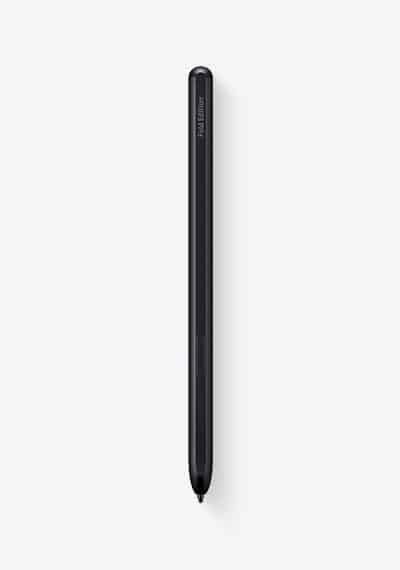 The S Pen Fold Edition is Samsung’s S Pen stylus which is optimized for the Galaxy Z Fold 4. It has a precise 1.5mm tip, and low latency for easy and accurate writing, sketching, and drawing. It’s available in a black color only. This S Pen is priced at $49.99. 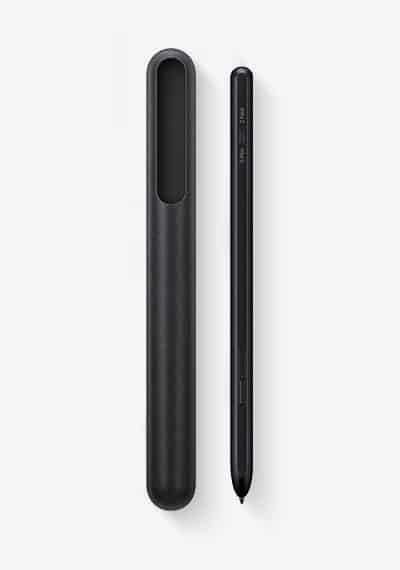 The S Pen Pro is a more advanced offering from Samsung, in comparison to the S Pen. How? Well, this one comes with Bluetooth built-in. That way, you can use it as a remote as well. The S Pen Pro can be yours for $99.99.