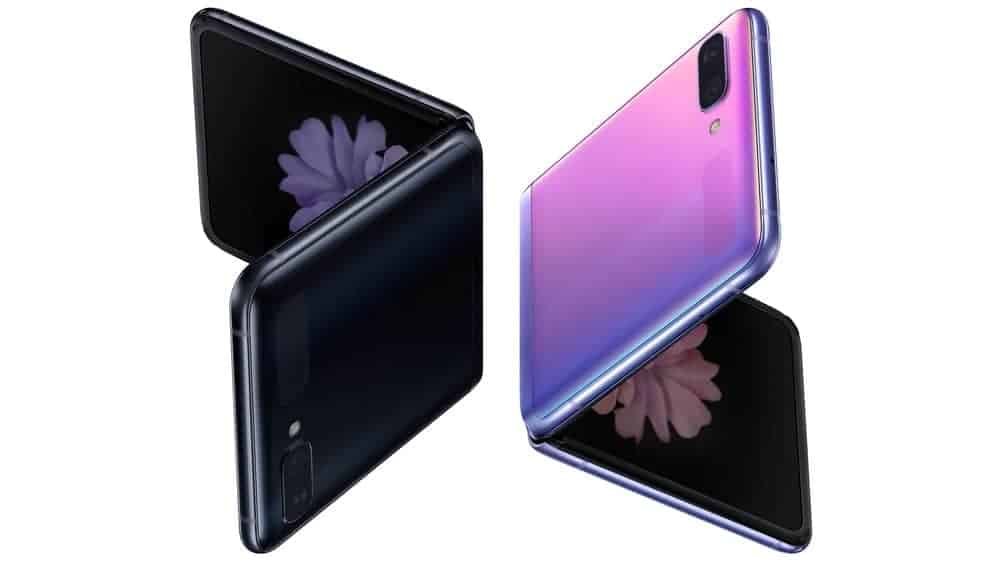 This article will be regularly updated with new information on the Samsung Galaxy Z Flip (this is a preview article) – both official teasers and credible leaks, rumors, and insider claims – as it becomes available in the run-up to the release of the upcoming Android smartphone. The last update was made on February 3.

Samsung is planning to announce its second foldable smartphone in the near future. Based on the info we have at this point, that phone will be called the Galaxy Z Flip. This will be the company's first clamshell foldable smartphone, a device that folds vertically. The very first foldable handset that the company announced, the Galaxy Fold, folded horizontally. The Galaxy Z Flip will also look sleeker overall, though we'll talk about that later on.

We've been seeing both rumors and leaks regarding this smartphone for quite some time now. The device is expected to launch along with the Galaxy S20 series, about a year after the Galaxy Fold's arrival. The Galaxy Fold was announced alongside the Galaxy S10 series back in February 2019.

It looks like a regular phone, but it folds

The device will feature a centered display camera hole, just like the upcoming Galaxy S20 series of devices. It will have relatively thin bezels, but on top of them, you'll get some plastic or rubber, it seems. That material is used to protect the phone's display when folded. If you take a look at the bottom-left and right parts of the front side of this phone, you'll notice that it features some extra protection for folding.

The device will fold right down the middle, as you can see in the provided renders. The phone will be made out of metal and glass, and it will include two cameras on the back. Those cameras will be horizontally-aligned, and next to them, on the right, you'll notice a really tiny display. That display will be called the 'Focus Display', if tipster's info is accurate.

On the right-hand side of the phone, all of its physical buttons can be located. The volume up, down, and power / lock buttons are placed there. A fingerprint scanner will also be placed on the right. A 3.5mm headphone jack is not included in this package, while the Type-C USB port is located at the bottom. Next to that port, you'll notice a loudspeaker grille. A SIM card tray will be accessible from the left-hand side of this handset.

Here's the Galaxy Z Flip in a hands-on video

The Samsung Galaxy Z Flip actually popped up in a hands-on video. That video reveals the phone's extremely tall display. On top of that, it gives you a look at its 'Focus Display' on the outside. You'll get to see the phone both fold and unfold in this video. This is essentially the best look at the phone we have thus far. The video is embedded down below, and if you'd like to know more, click here.

It will have high-end specs, but not the latest Snapdragon SoC

In addition to the Snapdragon 855+, and a 6.7-inch Dynamic AMOLED display, the phone is expected to include plenty of RAM, 8GB, if the rumor is accurate. On top of 8GB of RAM, the Galaxy Z Flip will also include 256GB of UFS 3.0 flash storage (non-expandable). Android 10 will come pre-installed on the phone, along with Samsung's custom UI, One UI 2.

In terms of its battery, the Z Flip is reported to sport a 3,300mAh battery. That battery will support 15W fast charging, while wireless charging is also expected to be included (9W). Reverse wireless charging may be a part of the offering as well, but we're still not sure.

It is also worth noting that some of its specs got confirmed via Geekbench listing. Not many of them, but we do now know for sure that the phone will include 8GB of RAM, and the Snapdragon 855+ SoC.

A 12-megapixel main camera will be used, not a 108-megapixel one

In addition to a 12-megapixel main camera with an f/1.8 aperture, a secondary ultra-wide camera will also be included. That secondary camera will ship with an f/2.2 aperture lens (123-degree FoV). Optical image stabilization will be included for both cameras, as far as we can tell.

The Z Flip will include a 10-megapixel camera on the front, if rumors are to be believed. That will be the same camera that will ship on the front of the Galaxy S20 and S20+, well, at least as far as the sensor is concerned. It's actually the very same unit that was included on the Galaxy Note 10 and Note 10 Pro. Instead of an f/2.2 aperture lens, it seems like Samsung will opt for an f/2.4 aperture lens here.

What will set this phone apart from the Galaxy Fold is its display. The Samsung Galaxy Z Flip is rumored to ship with the Ultra Thin Glass (UTG) display. Yes, you read that right, a display made out of glass. The Galaxy Fold included a plastic display, and quite frankly, it was one of the most pronounced weak points of that phone. It felt mushy on the touch, and it didn't look that great considering all that plastic. It looked a bit weird.

Well, the UTG display is supposed to not only feel better, but look better as well, and we're not talking about the image quality. This display is also expected to be more durable than the one before it. Samsung is, however, rumored to include a plastic layer on top of that glass, just to protect it even more. All that will cover a 6.7-inch fullHD+ (2636 x 1080) Dynamic AMOLED display (22:9 aspect ratio).

Getting announced on February 11, going on sale only three days after that

The Samsung Galaxy Z Flip will become official on February 11, along with the Galaxy S20 series. The phone is rumored to go on sale only three days after that, on February 14, at least in the US. The device will, allegedly, become available via both AT&T and Sprint from day one. T-Mobile and Verizon will probably offer the device as well, but we're still waiting for more information on that.

The phone was rumored to be available from AT&T only, as an exclusive, but that won't happen, it seems. The Galaxy Z Flip will launch in four color variants, according to rumors. The phone will be available in black, gold, purple, and silver variants. In case you're wondering how much will it cost, well, it's rumored to be priced at around $1,500. It will probably be a bit more expensive in Europe, though, as that price tag will be presented in euros.