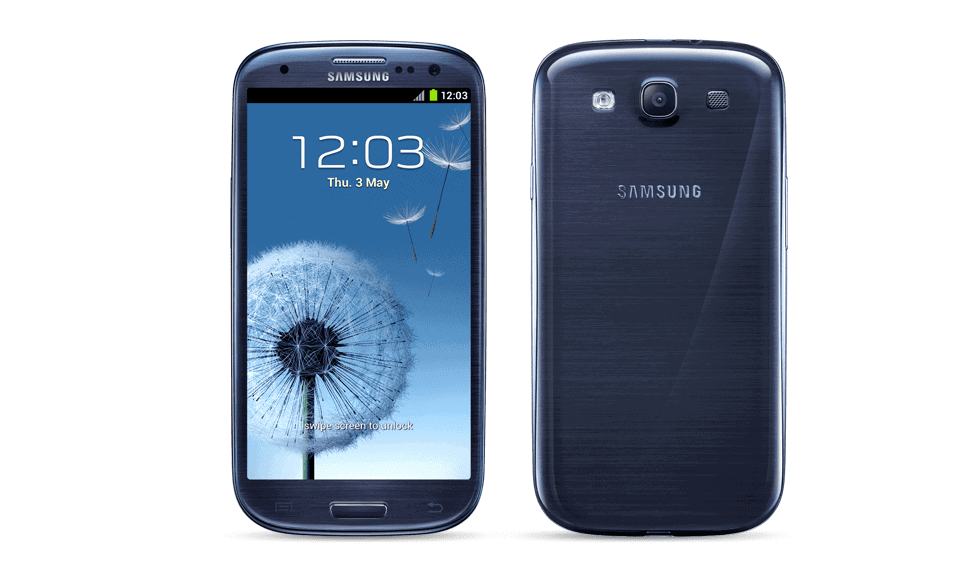 Galaxy S3 (I9300) had big shoes to fill following its predecessor, the Galaxy S2. That device was recognized worldwide and Samsung really had to up their game with the S3. Galaxy S3 packs a lot of features and a somewhat different design that the S2. This time around Samsung decided to go with the rounded corners and differentiate the design of the S3, though it still packs that recognizable home button, that has been redesigned as well. Samsung brought eye tracking ability to this phone as well as its personal voice assistant called S Voice.

Samsung Galaxy S3 features a 4.8-inch 720p (1280 x 720) Super AMOLED display along with 1GB of RAM and 16, 32 or 64GB of internal storage (expandable via MicroSD card up to 64GB). The device is powered by Samsung's very own Exynos 4412 Quad processor, which is a quad-core Cortex-A9 chip clocked at 1.4GHz which comes with a Mali-400MP4 GPU. On the back of the device, you'll find an 8-megapixel camera flanked by a LED flash and a speaker while there's a 1.9-megapixel shooter located on the front of the device. The device ships with a 2100mAh battery which you can remove at any time and comes with Android 4.0.4 ICS out of the box.

Samsung has also announced the US variant of this device (I747) which ships with Qualcomm's Snapdragon S4 dual-core processor clocked at 2,5GHz which comes with Adreno 225 GPU. This version of the device also packs 2GB of RAM, unlike the international variant and has 4G LTE capability.

Galaxy S3 is a good device, some would even say great. It does its job admirably, though the device would be even better if Samsung opted for a different build materials considering that the polycarbonate plastic is covered with a shiny finish and it really looks and feels cheap. Also, they could exclude some of its feature considering some of them could be considered gimmicks. That aside, this is a great phone. It offers great performance, camera, screen and it is overall a device for pretty much anyone. Exchangeable back covers and battery along with expandable memory are just a plus.