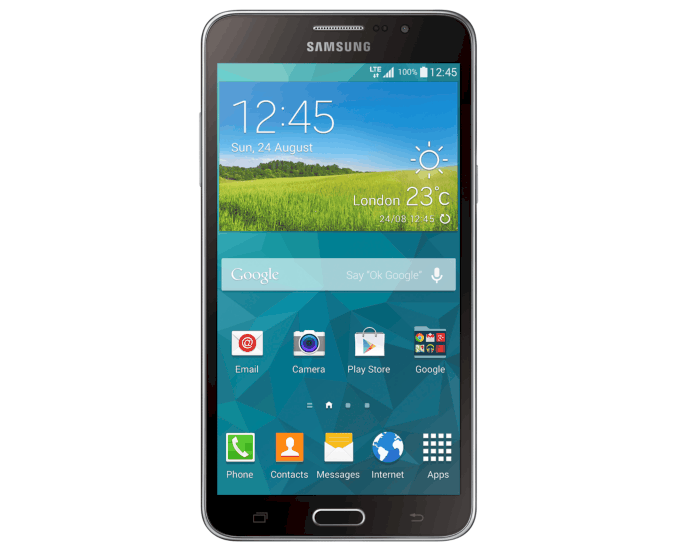 There were many objections to the Galaxy Mega 5.8 and 6.3 devices which Samsung announced last year. The main one was pointed towards the screen size to resolution ratio(s). This device came in 5.8-inch and 6.3-inch variants, both of which had rather poor screens (considering the size). 5.8-inch came with a 960 x 540 resolution, while the 6.3-inch one had a 720p resolution screen. Many people who generally liked those devices were hoping Samsung is going to fix that, but the Galaxy Mega 2 comes in a 6-inch variant with 720p screen. Samsung didn't even raise the amount of RAM, the device is still sporting 1.5GB of RAM on the inside.

Talking about specs, let's go over them. As I've mentioned above, this device comes in only 1 screen size variant. 6-inch 720p (1280 x 720) display can be found on the front of the device along with a 2.1-megapixel front-facing camera and the usual array of sensors. The device does however comes in 2 different processor variants. One variant sports Samsung's Exynos 4415 quad-core processor clocked at 1.5GHz while there other variant is powered by Qualcomm's Snapdragon 410 quad-core processor clocked at 1.2GHz. The device comes with 1.5GB of RAM and 16GB of internal storage (expandable via MicroSD card up to 64GB. 8-megapixel main camera is located on the back of the device and is flanked by a LED flash. The device measures 163.6 x 84.9 x 8.6mm and weighs 194 grams.

This device definitely has a purpose. This is a mid-range phablet which some people will greatly appreciate. Some people (a lot of them) appreciate a big screen device but are unwilling to buy one of the Note devices, not only because of the price but because they don't need it. Vast majority of people don't need a top-notch smartphone and this device fits in that category just fine I believe. Tech-savy people would find a lot negatives when it comes to Mega 2 and I believe I'd even agree with most of those, screen comes to mind first though. Either way, Mega line isn't going anywhere it seems and this is not a bad device at all, though if you're able to get something better for the price… go for it. Trusted By Millions
Independent, Expert Android News You Can Trust, Since 2010
Publishing More Android Than Anyone Else
0
Today
248
This Week
759
This Month
3765
This Year
121377
All Time