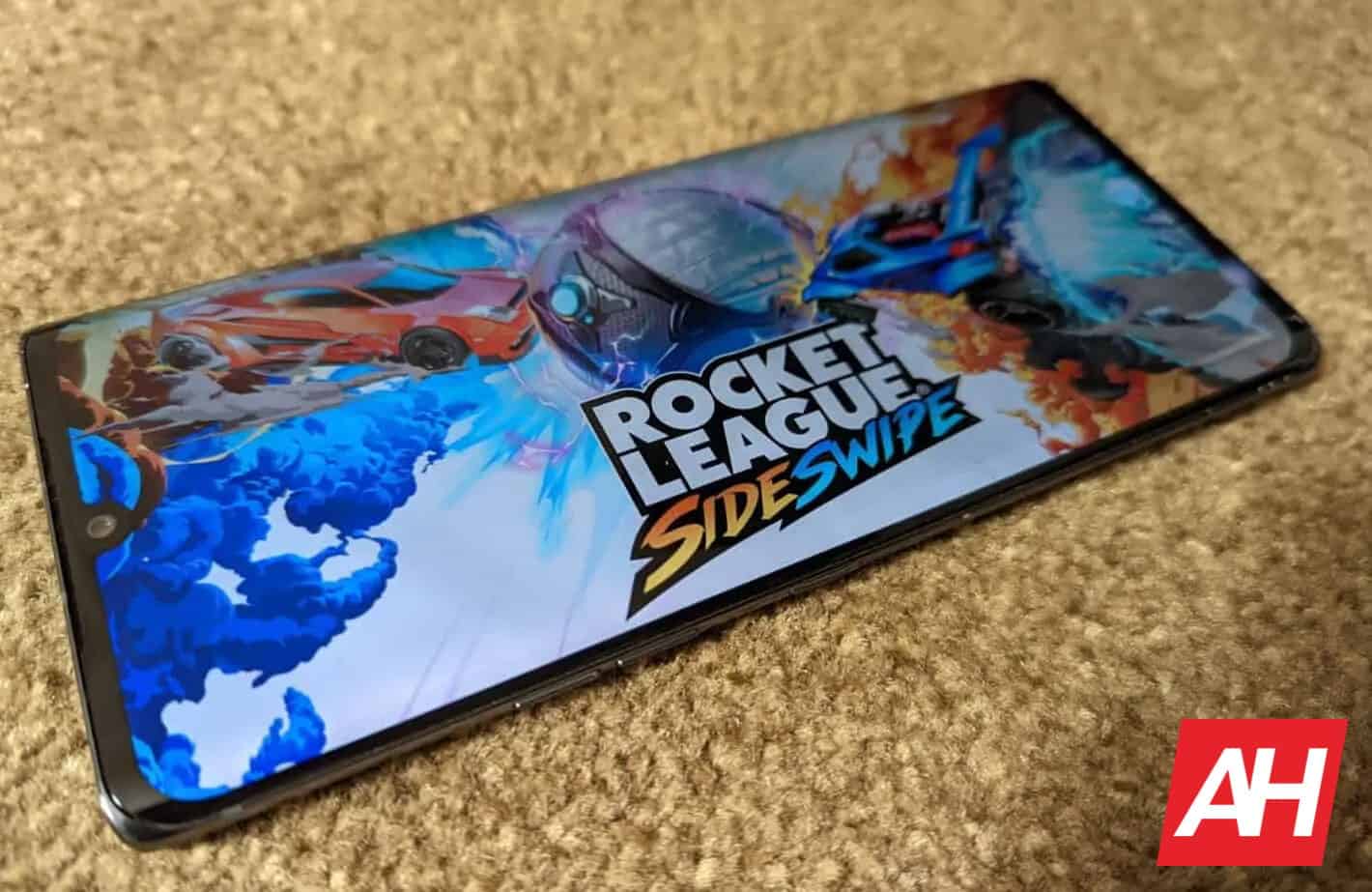 Rocket League is one of the most popular multiplayer games out there with its crazy fun-filled futuristic soccer gameplay. The mobile version, Rocket League Sideswipe, brings much of that same spirit to the small screens.

Sideswipe is, in a few ways, a different beast from Rocket League proper, as it brings some different gameplay mechanics. This makes it a distinguished title; however, veteran Rocket League fans can still enjoy it.

If you have questions about this game and what it has to offer, then you’ve come to the right place. Here’s a rundown of everything you need to know about Rocket League Sideswipe.

What is Rocket League Sideswipe?

Rocket League is a multiplayer game that has you piloting a rocket-powered racecar on a giant soccer field, and Rocket League Sideswipe is the same thing. It’s the mobile version of the game, and it follows the same basic formula.

In Sideswipe, your cars and environment are all rendered in 3D, but the perspective is in 2D (think of Super Smash Bros.) You drive and fly left and right across the field trying to get the ball into the goal. Just like the original game, you have the ability to boost and jump to lunge your car at the ball to make goals.

Is the gameplay really different from the original game?

In terms of gameplay, there are some notable differences between Sideswipe and the original. For starters, it’s a bit more simple and straightforward than in the original game. You have the 2D perspective, which means that you can only move up, down, left, and right. That’s not necessarily a bad thing, as the gameplay is still pretty fast-paced.

Also, it introduces a lot more air-borne gameplay as you use your rockets to fly straight up. In fact, as you play, you’ll notice people being able to pilot their cars in the air to basically carry the ball into the goal.

How much storage does this game take up?

Sideswipe is a relatively hefty app, but it’s no Genshin Impact. The actual download itself on the Google Play Store is about 670MB. After it’s been installed and used, it will inflate to just under a gigabyte of storage used in all.

Most of your progress is saved in the cloud which is why it doesn’t inflate that much. If you plan on getting this game, you’ll want to make sure you have at least 1.5 GB- 2GB of free storage.

Is this game online only?

Technically no, but if you play offline, you’ll be missing out on about 90% of the game. After you finish the tutorial, you’ll be prompted to either sign in with your Epic account or continue offline.

If you continue offline, you will be able to play the training level, the tutorial, and set up matches with bots. However, you’ll be missing out on all of the season pass rewards, online matches, challenges, and vehicle customizations.

Can I customize my vehicle in Sideswipe?

Yes! In Sideswipe, you have a host of different customizations to help personalize your car. You have almost as many customization categories as in the original game; the only missing one is the antenna category.

You can change your car’s paint job by changing the color sliders. These let you fine-tune the colors to your preference. There’s a primary color and a secondary color that you tune. Also, there are sliders at the bottom that adjust the color’s glossiness and metallicity; these are great if you like your car super shiny.

If you want to change other things about the car, you can change its tires, the trail it makes when you boost, and the explosion it makes when you make a goal. If you want to add items to your car, there are also a few options. You have the option to add on a large hat and add on decals (when you apply decals, their colors change when you change the secondary color on the car).

Do I need a powerful phone to run it?

Not really. The latest and greatest flagship phones can run this game with no sweat, but even less powerful phones will be able to run it without an issue. There are graphic settings that you can adjust to fit your phone’s needs. You can choose low, medium, and high and you can also adjust the max frames per second.

Using my LG Velvet (Snapdragon 765 G, Adreno 620, 6GB of RAM) which is a solid mid-range phone, I had the graphics cranked all the way up, and I was able to play it perfectly smooth with flawless 60fps. On underpowered phones, you will want to turn the graphics down to get smoother gameplay. Using my LG Stylo 5 (Snapdragon 450, Adreno 506, 3GB of RAM) which is a midrange phone from 2019, I had to drop the graphics to the low setting. After that, I got smooth gameplay at 30fps.

What game modes are there?

Right now, there are only a handful of different game modes you can play both online and offline. For offline playing, you have a training mode where you can practice your moves on an empty field. There’s also an Exhibition mode where you can design your own match against bots.

As for online gameplay, you have your standard 2v2 match, just like in the original game. If you’re looking to duel someone, there’s a 1v1 mode. With season 2, we got the new Volleyball mode. In this mode, you will need to make sure that the ball does not hit the ground on our side of the field.

Are there a lot of in-app purchases?

There are not a lot of in-app purchases; in fact, there are NONE. The only currency you use to purchase cars and customizations comes in the form of gold “SP” coins. You earn these coins by just playing the game.

You get free access to the season pass (Season 2 has just started), and every time you level up, you will get a reward. These rewards are either vehicles, customizations, boxes, or gold coins. Along with the season pass, you can also earn coins, boxes, and EXP from doing weekly and seasonal challenges.