Roborock has actually announced a handful of new robot vacuums in 2022. Though the Roborock S7 MaxV and the Q7 Max are the highest end of the ones that have been announced. And even though there is a $260 difference between the two, they are still going to be compared quite a bit.

So we thought we would compare the Roborock S7 MaxV and the Q7 Max, both of which we have reviewed (so we actually know what we are talking about), and help you decide which is the better fit for you. 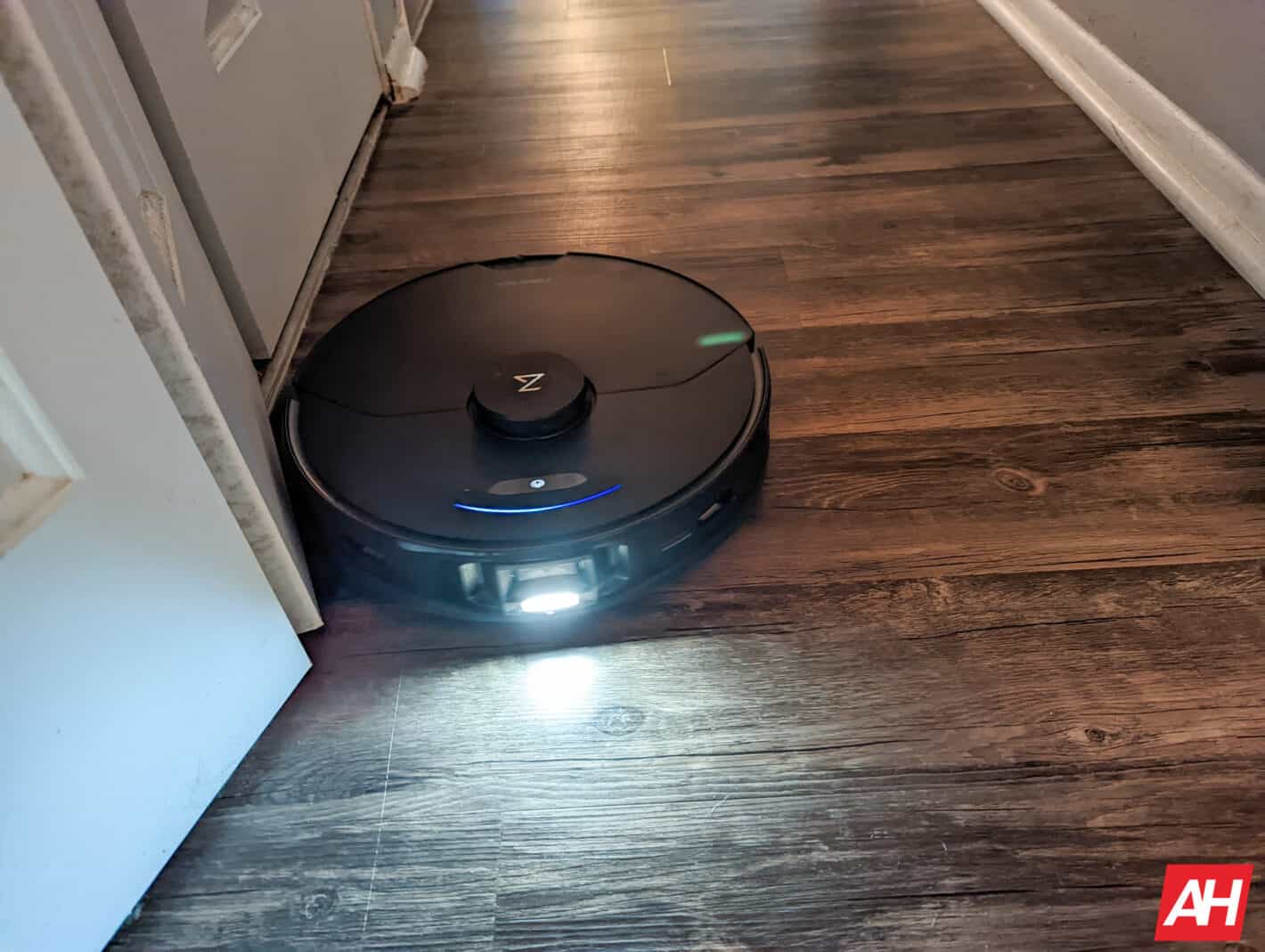 The Roborock S7 MaxV is currently the best of the best, as far as Roborock’s robot vacuums go. Hence why it is the most expensive. It starts at $859, without any dock option, which can bring the price as high as $1,399. And you’re getting a lot with the S7 MaxV, but is it worth that price? We’d say yes.

There are a couple of features that really make the Roborock S7 MaxV stand out. That includes VibraRise, and of course the Ultra Dock, which we’ll talk about a bit later. VibraRise is a really impressive feature and one that I wish other robot vacuums would copy. The gist is simple, the vacuum will lift the mopping pad off of the ground when it is on area it has already mopped. Or when it is on carpet. This means that you won’t need to remove the mop to have it vacuum carpeted rooms like bedrooms. Which is the case with almost every other robot vacuum that does mopping.

Another big feature is Reactive AI 2.0. This debuted on the S6 MaxV in 2020. Basically, it uses the two cameras on the front, a light and AI to identify objects and avoid them. It actually does a really good job at avoiding them as well. With the S7 MaxV, Roborock added an LED light to the front, which the vacuum will use when it is in dark areas. Like under a couch, or under a bed. Giving it better vision.

The S7 MaxV also has the most powerful suction of any robot vacuum to date. That is 5,100Pa which is really impressive. Roborock has always pushed the boundaries when it comes to suction power, forcing the industry to move to 2500Pa, and now it looks like the same will be true for 5,100Pa. This means the S7 MaxV is able to pick up more dirt, dust and other debris, without needing to run a second time.

Finally, we can’t forget that the Roborock S7 MaxV is also the first robot vacuum from Roborock that you can use with soap. But not just any soap, they worked with Omo (a brand owned by Unilever) to create their own solution that is safe for Roborock robot vacuums. You can just pour it into the tank and clean your floors. This is actually a really big deal, as now you can really throw away your mop and bucket.

This robot vacuum is perfect for those that have pets and kids, especially with that extra suction. 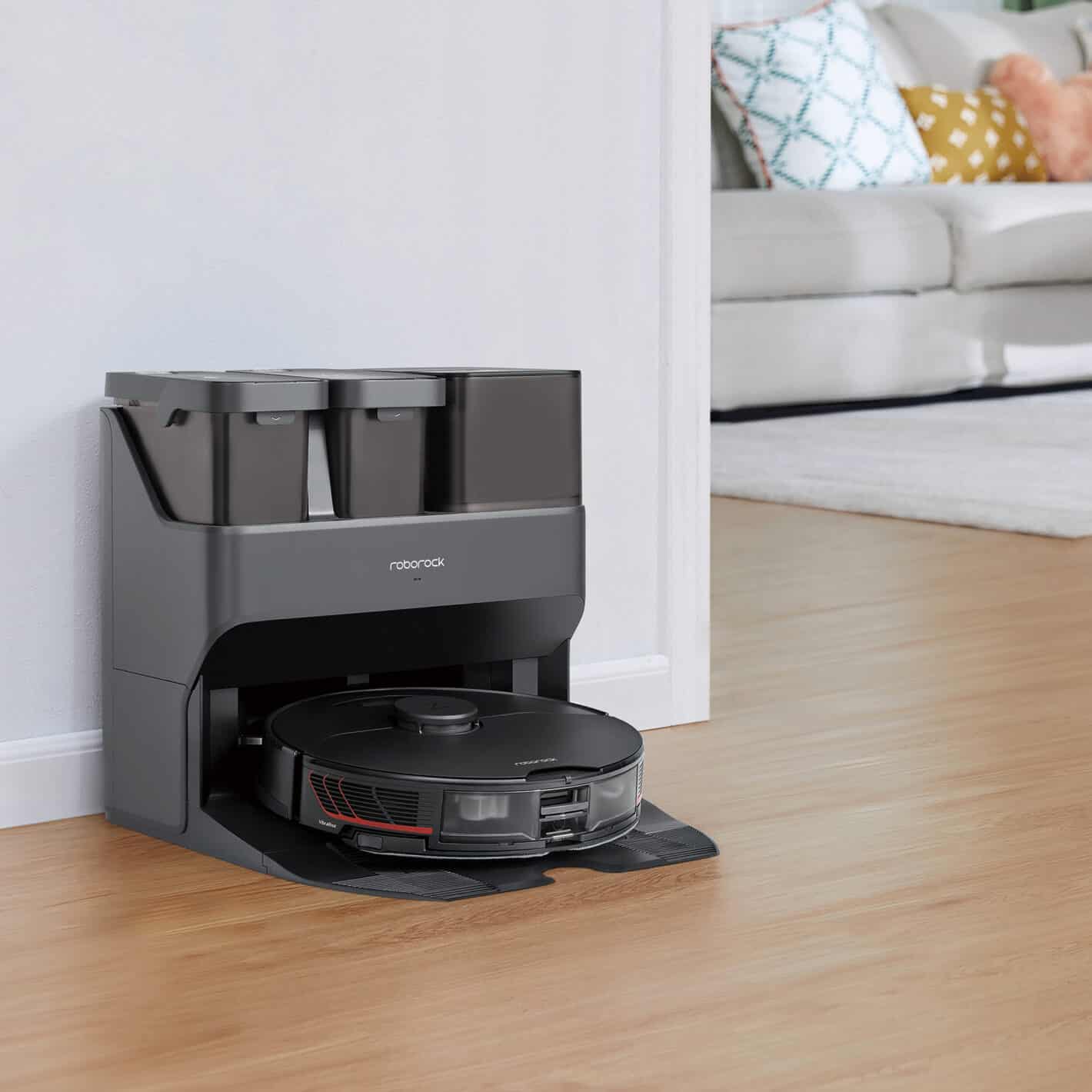 The all mighty Ultra Dock. This is by far my favorite feature of the S7 MaxV. And while I have reviewed 3 other robot vacuums since the S7 MaxV Ultra landed on my doorstep, I keep going back to it.

The Ultra Dock is pretty simple actually. It can empty the dustbin, as well as clean the mopping pad and refill the water tank. So there are three tanks on the top of the dock. The larger one is for dirt and dust. While the other two are clean and dirty water. You will want to empty that dirty water tank pretty often, otherwise it will start to stink.

The dustbag is said to be able to hold about seven weeks of dirt and dust. However, that’s going to depend on a number of factors. Like how often you are cleaning, how big your home is, and how dirty your home is. It could last longer, or last less time.

The Ultra Dock is fairly expensive, coming in at $540. That’s basically the price of the Q7 Max. But it is worth the money, seeing as the other auto empty docks from Roborock are around $270. 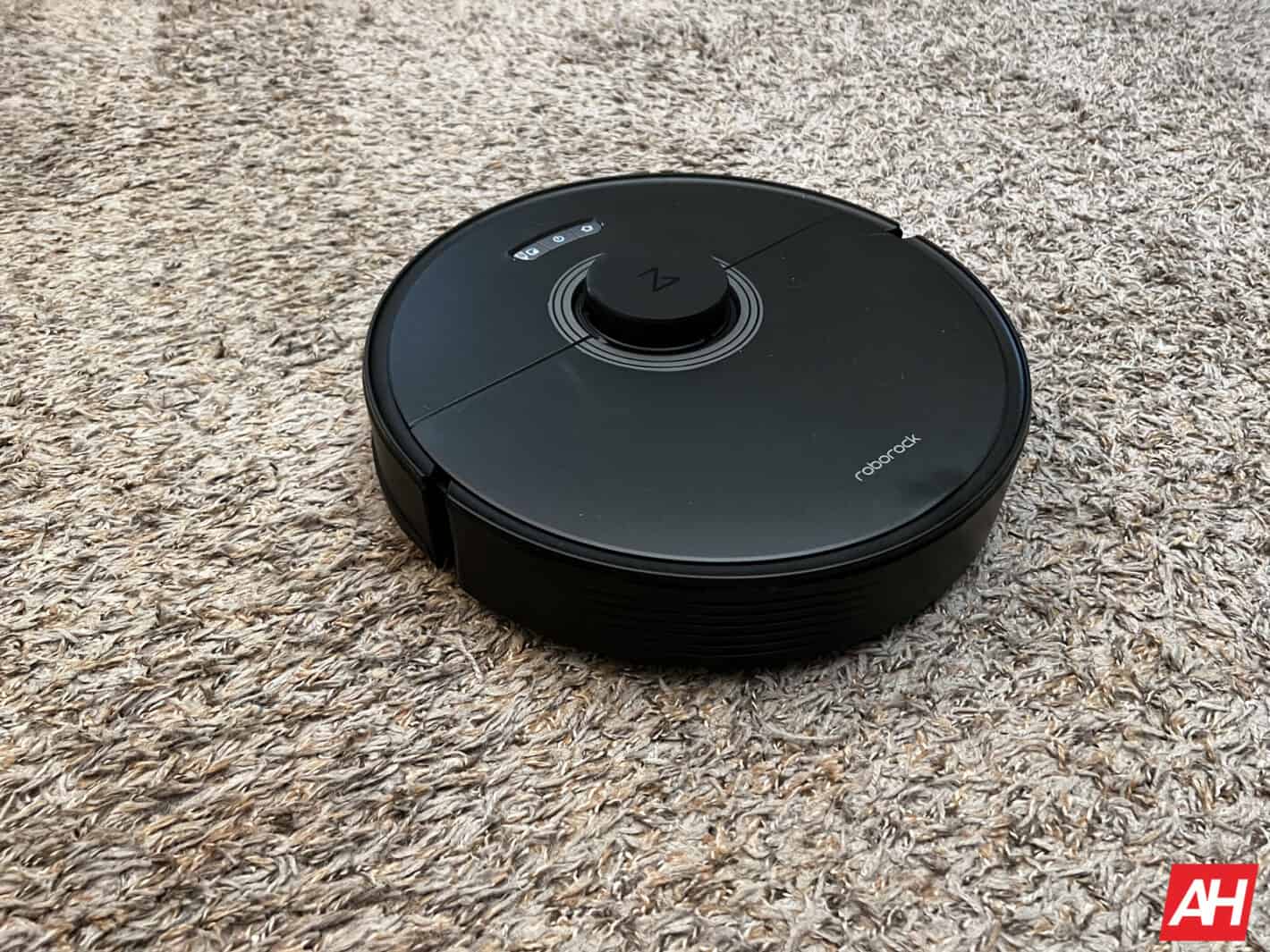 The Q7 Max is the higher-end vacuum in Roborock’s new Q-series of robot vacuums. The Q-series is meant to be value robot vacuums, with some of the flagship features. For example, the Q7 Max does have improved suction at 4,200Pa, but lacks things like VibraRise. It can still mop, it just doesn’t do as good of a job, nor does it lift the mop when its on carpet.

It uses precision LiDAR to map out your home, like virtually every other Roborock vacuum (aside from the E4, which uses a gyroscope). But it does lack the Stereo Camera and Reactive AI 2.0 that the S7 MaxV has. So it may not avoid objects as well as it should. It’ll create a 3D Map in the Roborock app, for you to see what parts of your home have been cleaned.

Interestingly, the Q7 Max features a combo water tank and dustbin. So it’s one unit, which allows it to be larger, than the competition. The Dustbin is 470ml and the water tank is 350ml, compared to 400ml and 200ml on the S7 MaxV. Which is a big advantage for the Q7 Max, especially if you have a larger home.

Roborock redesigned its auto-empty dock for the new Q-series of robot vacuums. It’s called the Auto-Empty Dock Pure. It’s pretty slick looking, however it only has a dustbag inside for collecting dust. There’s no HEPA filter like on the original dock had. That means it takes up less space, but may not be as good for those with allergies.

The Q7 Max, like the S7 Max and S7 before it, will have the dirt and debris sucked out through the main rolling brush and into the dock. This method isn’t perfect, but it does work pretty well. iRobot has this down better than Roborock at this point.

Honestly, with the larger dustbin on the Q7 Max, you don’t really need the auto-empty dock. You could save your money and just empty the bin yourself every time. But if you really want automated cleaning, then the dock is a great buy.

Which should I buy?

As someone who has used both and currently has both in his home, it’s hard to recommend one over the other. On the one hand, the Q7 Max is much cheaper, and will be much more attainable for most people. But on the other hand, the S7 MaxV is like the perfect robot vacuum. So the conclusion I’ve come to is this.