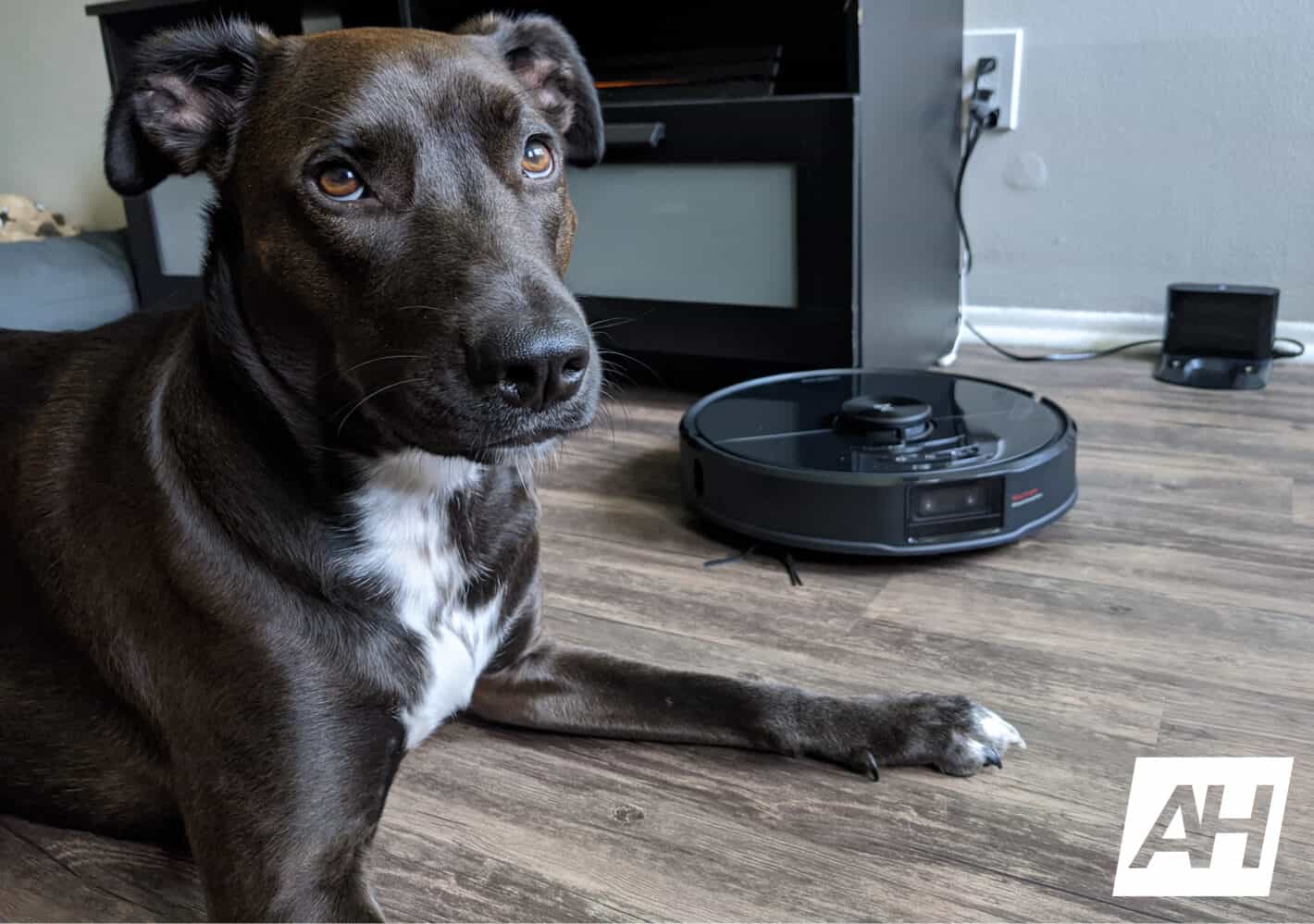 Robot vacuums have always struggled with those of us that have pets in our home. From the hair that our best friends shed, to them leaving their toys out, or even having an accident on the floor, the robot vacuuming experience was just not entirely fuss-free for pet owners, until now. The Roborock S6 MaxV is THE robot vacuum that pet owners should consider buying.

Not only does the Roborock S6 MaxV offer the most powerful suction in the industry at 2500Pa, but it also uses its new ReactiveAI features to avoid things like cords, shoes, and even pet poop.

More suction for a deeper clean

The S6 MaxV boasts 2500Pa suction, which is powerful enough to pick up even the most stubborn dirt and dust from your floors.

With this extra suction, you’re going to get an even deeper clean, particularly in carpeted rooms.

So why is this important? Well, with even better suction, this robot vacuum is going to get up every bit of dirt, dust, pet hair and other debris on the floor of your home. Even those that you do not see. Sometimes when I run the S6 MaxV in my home, and then go to empty the dustbin, I wonder where all this dirt came from. As my house did not look that dirty before it started vacuuming.

This extra suction power will give you even less of a reason to pull out a regular vacuum to clean your home. 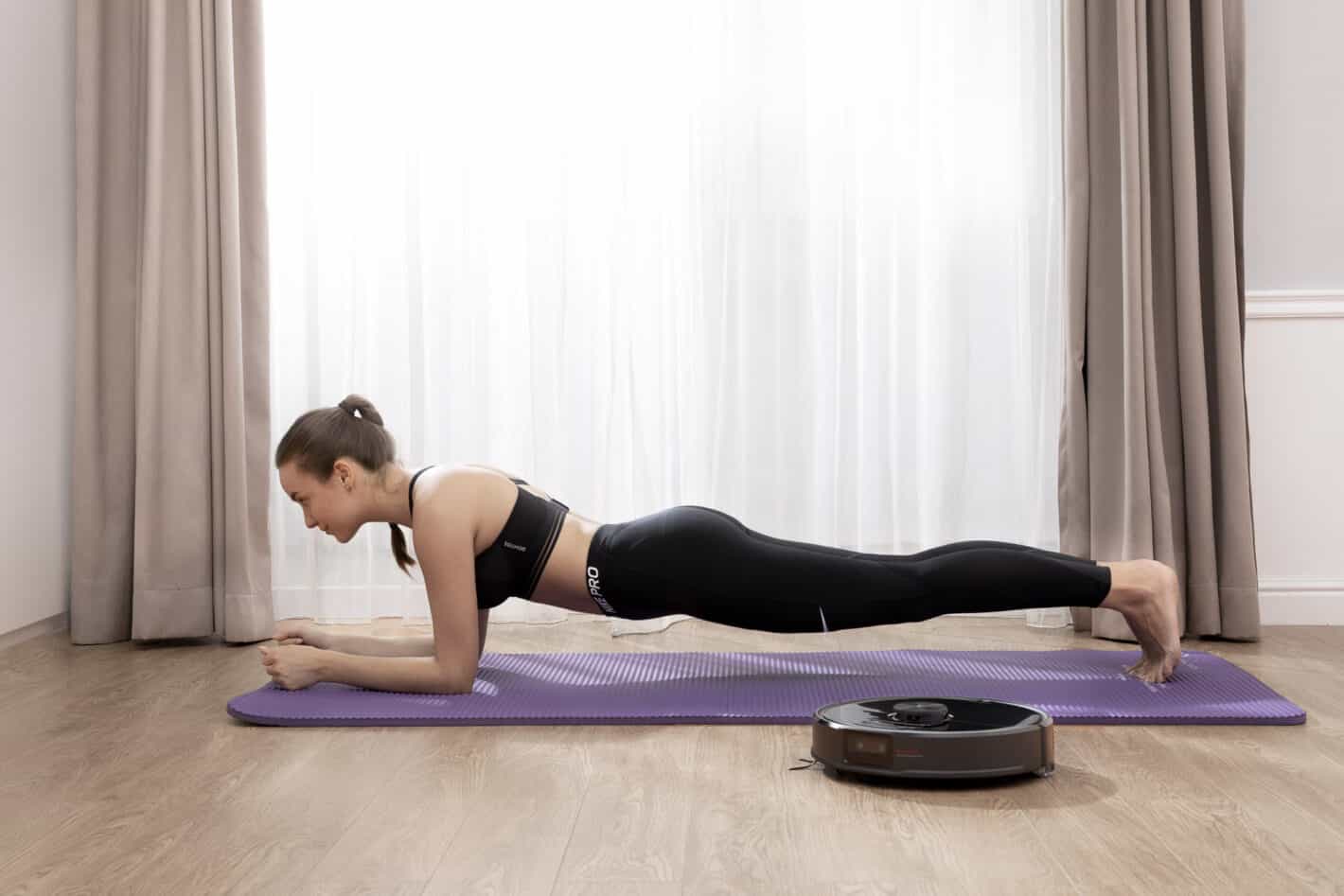 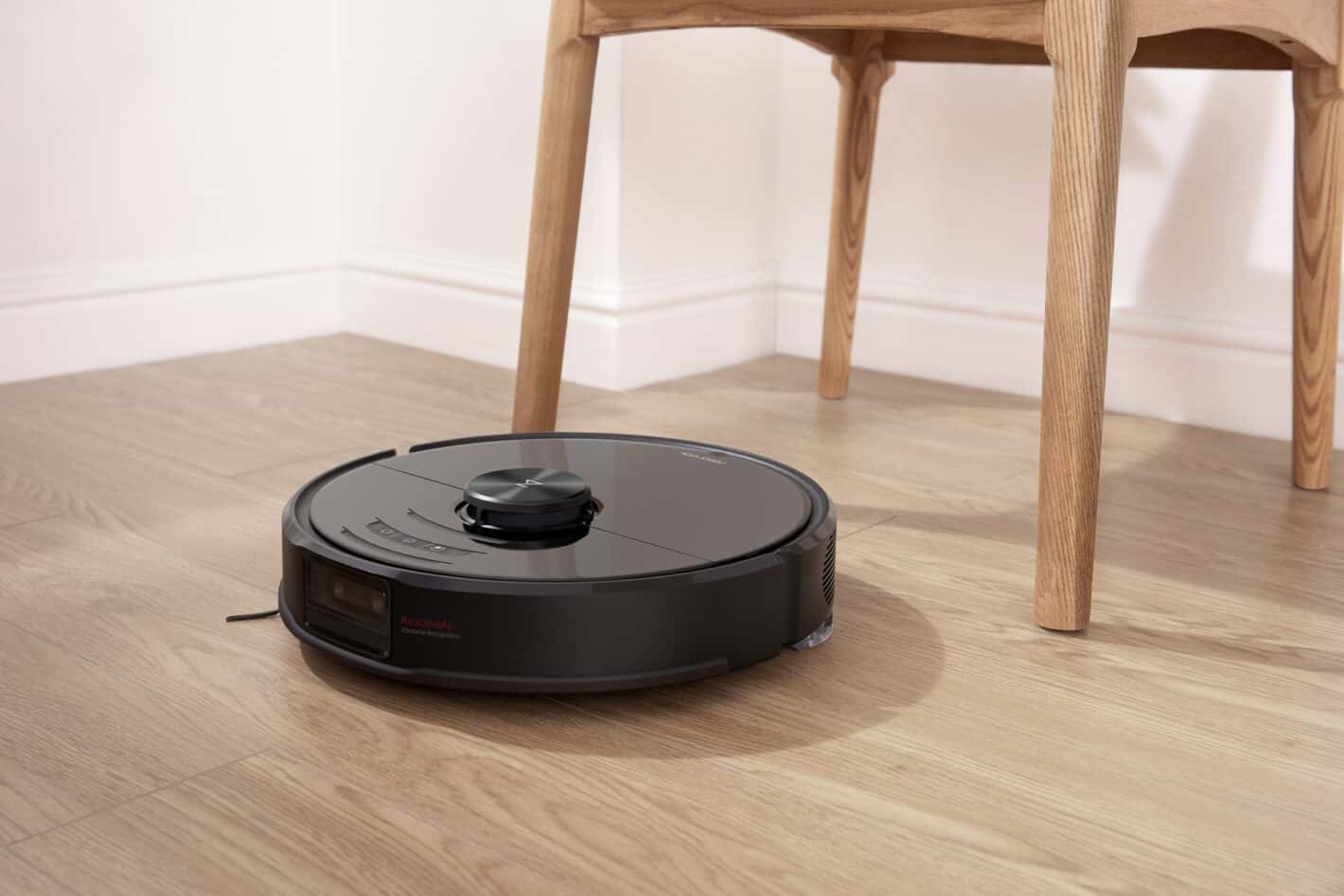 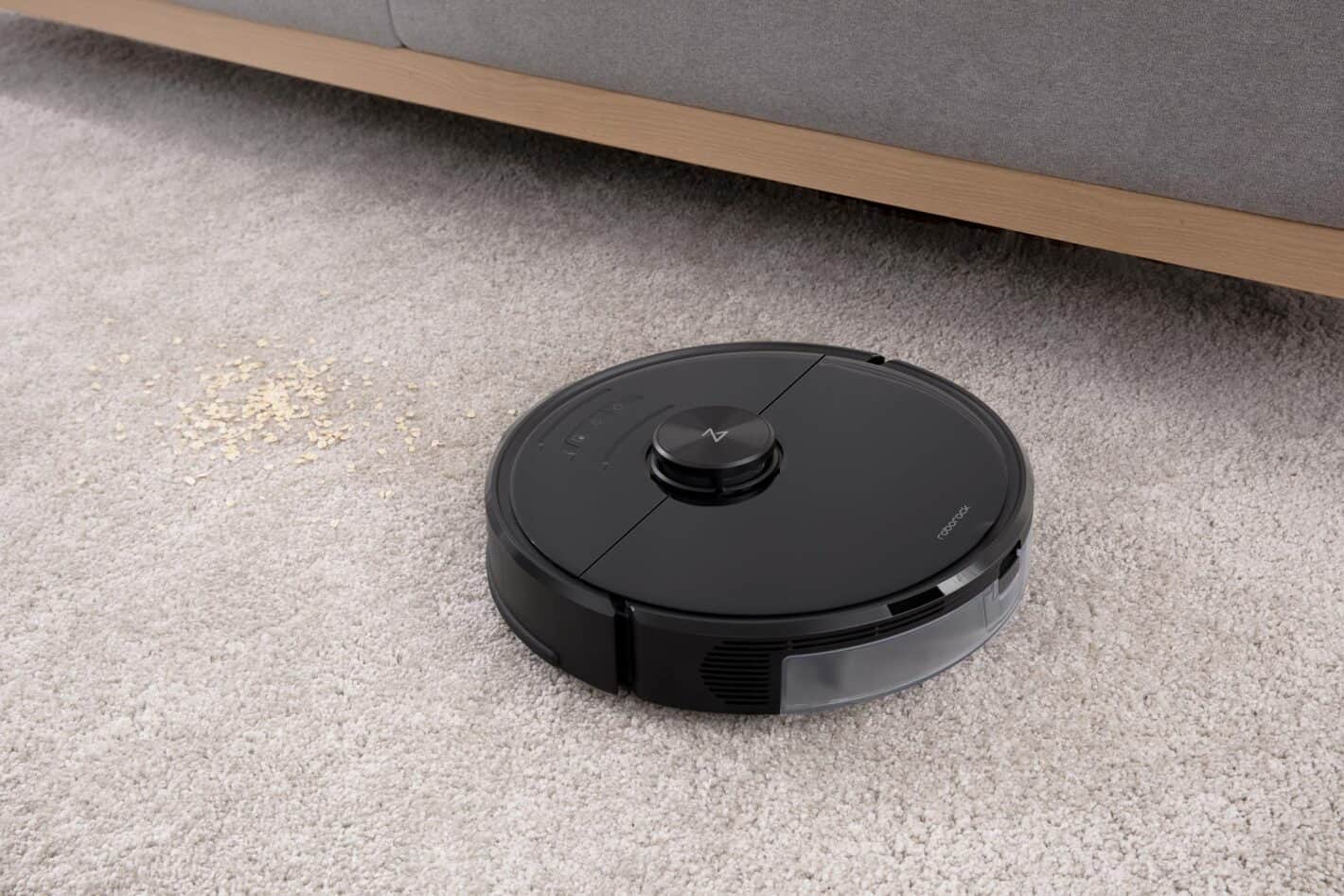 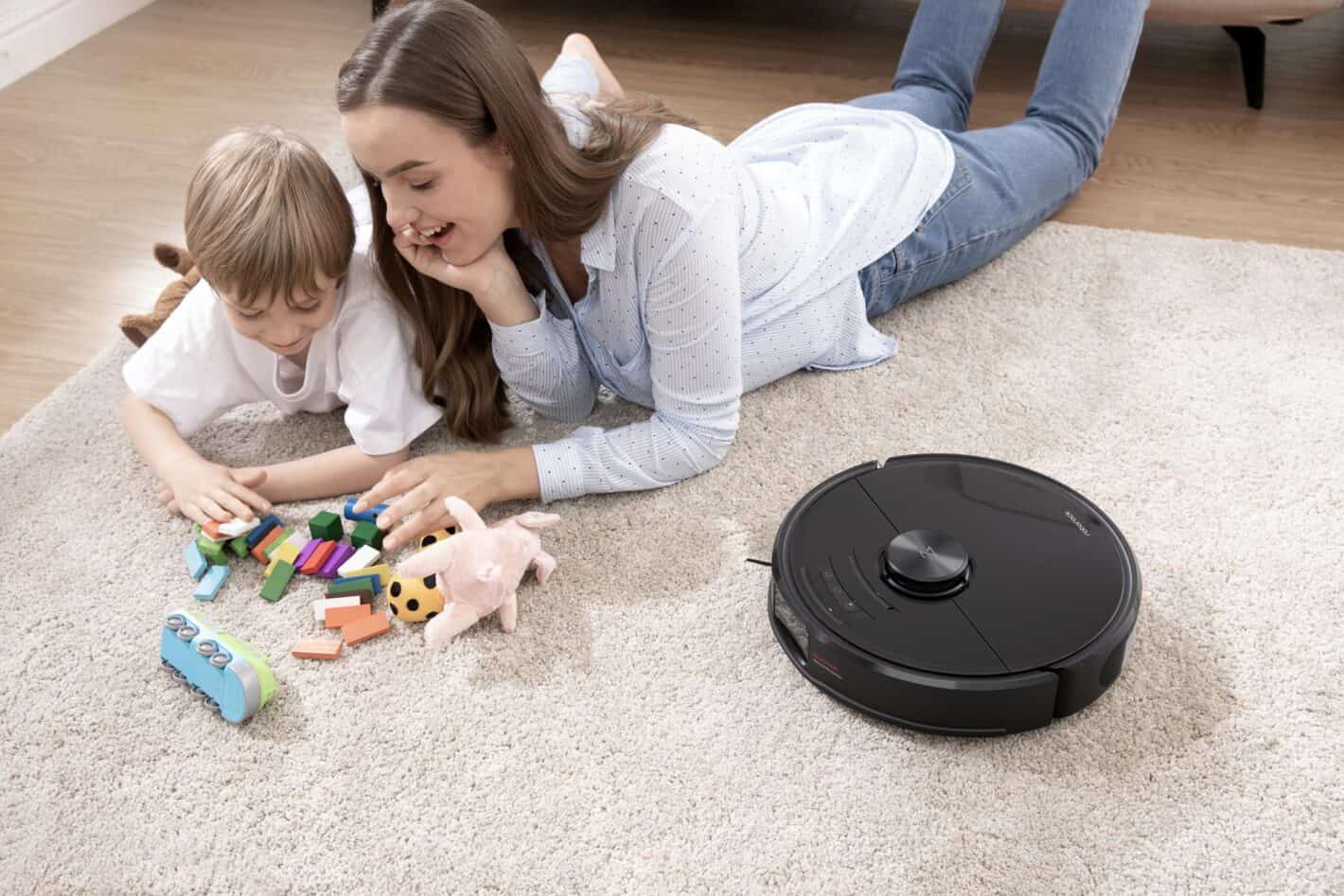 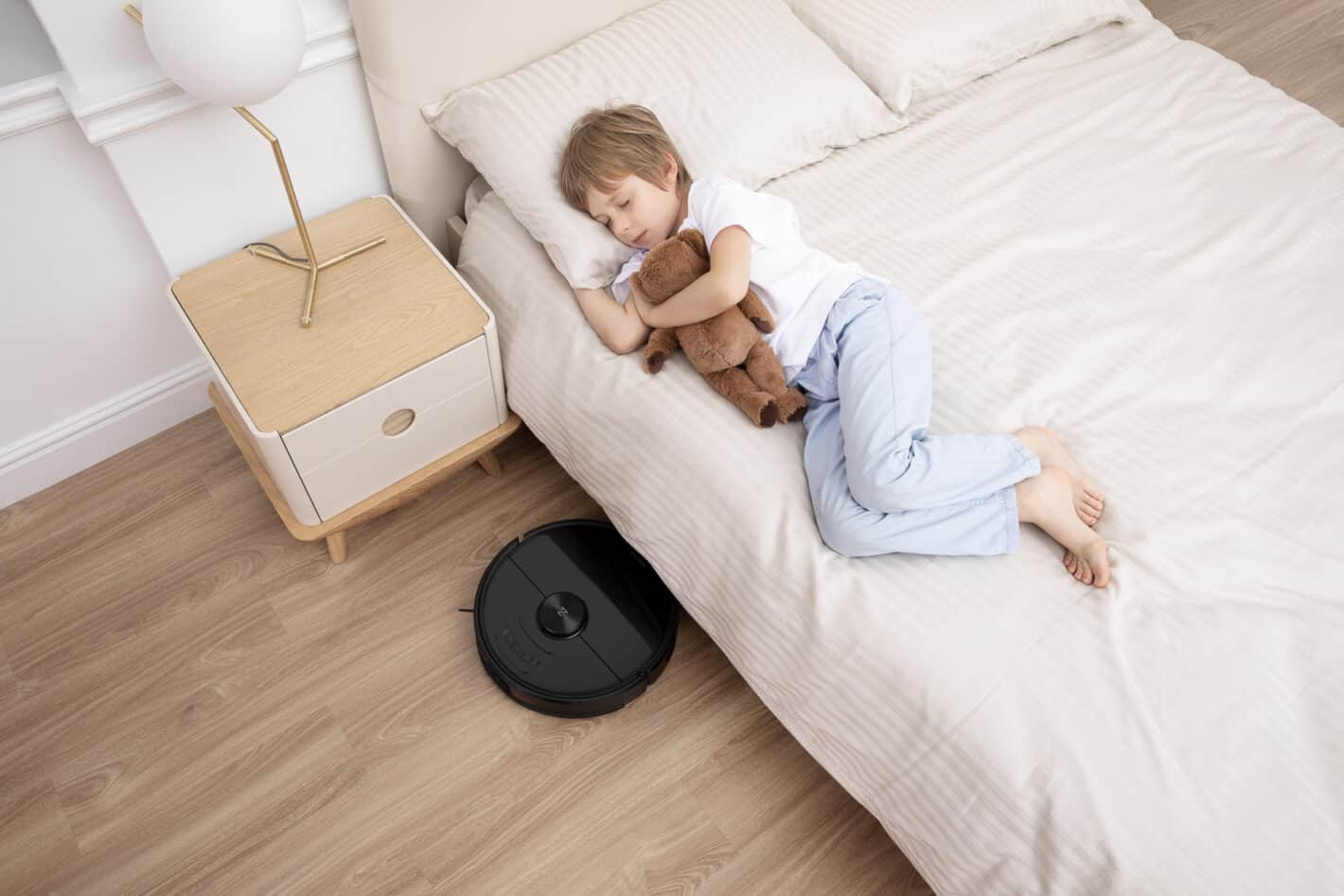 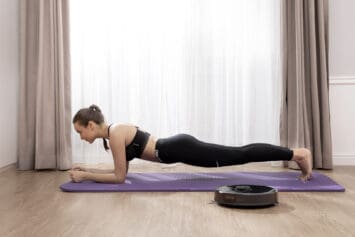 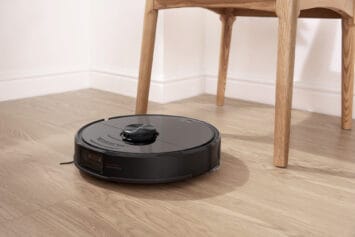 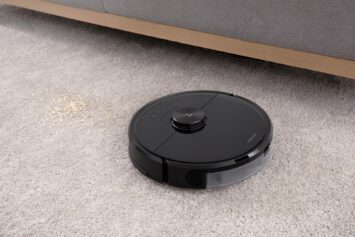 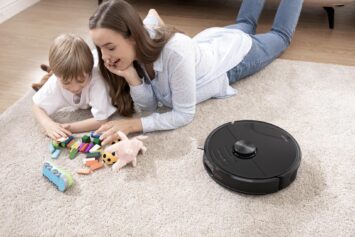 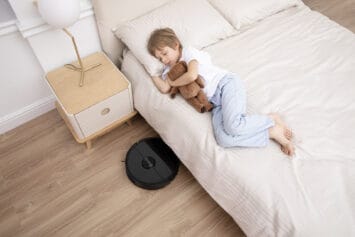 The S6 MaxV has eyes

These days, there are cameras everywhere, including on your robot vacuum. The Roborock S6 MaxV sports a stereo camera on the front, which is used for obstacle avoidance.

Roborock S6 MaxV sees obstacles like shoes, scales, cords, pet poop, and anything else that might be on the floor. Basically anything that is two inches by one inch, or larger, the S6 MaxV is able to see and will avoid it.

The app will ask you, when you first start running the S6 MaxV, if you have pets in the working area. This will let it know whether it should look out for pet poop or not. So it doesn’t think that there is poop on the floor, when it’s actually just a mess that the vacuum should be cleaning up.

The way the S6 MaxV is able to avoid these obstacles is with these two cameras, Artificial Intelligence and the Qualcomm APQ8053 processor.

The APQ8053 is one of Qualcomm’s newer chipsets, that is specifically aimed at IoT devices, like robot vacuums. It works with the cameras (which run at a maximum speed of 30fps) on the S6 MaxV and artificial intelligence to let the vacuum know to avoid obstacles that it might run into.

It was trained by tens of thousands of images and the processing power of the Qualcomm APQ8053. Which is why it is so accurate at avoiding these obstacles.

With the artificial intelligence baked into the S6 MaxV, Roborock is continuing to improve this robot vacuum. It is not learning after every run in your home, but rather being trained by Roborock at its headquarters. When improvements are made to the recognition function, Roborock will roll that out in a firmware update to all S6 MaxV users. After the update is applied, the S6 MaxV will perform even better.

ReactiveAI is also paired with Roborock’s brilliant LiDAR Navigation System. Which has continued to improve over the years, and is the best in the industry. Roborock uses a LiDAR setup on the top of the vacuum, which maps out your home. So that the vacuum knows where the walls are, and how big the room is, that it is cleaning. Additionally, it also knows where it has cleaned already. And where it still needs to clean. This is important for spot cleaning or zone cleaning. Making it easier for you to tell the vacuum that you only want it to clean a specific room, instead of it cleaning the whole house.

Those that have a multi-floor home, or apartment, can have multiple floor plans with the S6 MaxV. But, it still has not mastered how to get up the stairs to that second floor (or down to the first). So you will need to place it on each floor. But once it is there, it’ll locate itself, and know which floor plan to use to start cleaning.

The S6 MaxV can remember up to four levels. With 10 no-go zones, no-go lines and no-mop zones per level.

No longer do you have to decide which floor you want your robot vacuum to clean. As it can now clean it all. With the no-go zones, you have more control over where the S6 MaxV vacuums and where it doesn’t.

Mopping is nothing new for a Roborock robot vacuum, but it has seen some great improvements in the S6 MaxV.

Roborock has a new electric water tank, which is app-controlled. Now that might sound odd, since the whole unit is app-controlled, but what’s new on the S6 MaxV is that you can control the amount of water it puts on the floor for mopping and when it mops.

This is super helpful if you have the Roborock S6 MaxV cleaning your entire home and you have a mix of carpeted and laminate/tile/hardwood floors.

The Roborock S6 MaxV is one of the best all-in-one robot vacuums on the market, that can mop and vacuum your floors.