Holidays are right around the corner. Which means family and friends, getting-together. That also means that you want to keep your home nice and clean. Of course, you don’t want your family coming over to a dirty home. But with all the other things you have to do, do you really have time to run a vacuum around? No. No, you don’t.

That’s where the Roborock S7+ comes in. This is the bundle that includes the Roborock S7 and the Auto-Empty Dock. Now it’s not cheap, coming in at $949. But it will save you a ton of time. And that is valuable. Let’s talk about why you need the Roborock S7+, and why it’s worth it, particularly if you are hosting Thanksgiving or Christmas this year.

Save time, have the robot vacuum your home

What’s easier than saying “Hey Google, tell Roborock to start cleaning” or the same for Alexa or Siri. The answer is nothing. Roborock makes it super simple to start cleaning. You can use your voice, your phone through the Roborock app, or by simply pressing the button on the robot vacuum.

Robot vacuums have gotten really good. No longer do you need to babysit it and make sure it doesn’t get caught on any cords, cables, shoes, or anything else. Now it can still get stuck in corners from time to time, but it’s still pretty unlikely. Meaning that you can tell it to start vacuuming and let it do its thing.

The Roborock S7 is really good at cleaning up on laminate, hardwood floors and even carpet. This is thanks to two major changes here. One, is the new floating rubber brush. This allows it to get closer to the floor and pick up more dirt. It also gets tangled less, which is a really great thing.

Secondly, the Roborock S7 also has additional suction power. It’s rated at 2500Pa. That’s about 25% more than most other robot vacuums on the market, and even more than the S6 was. This means that it can pick up plenty of dirt off of your floor, including dirt you don’t see. 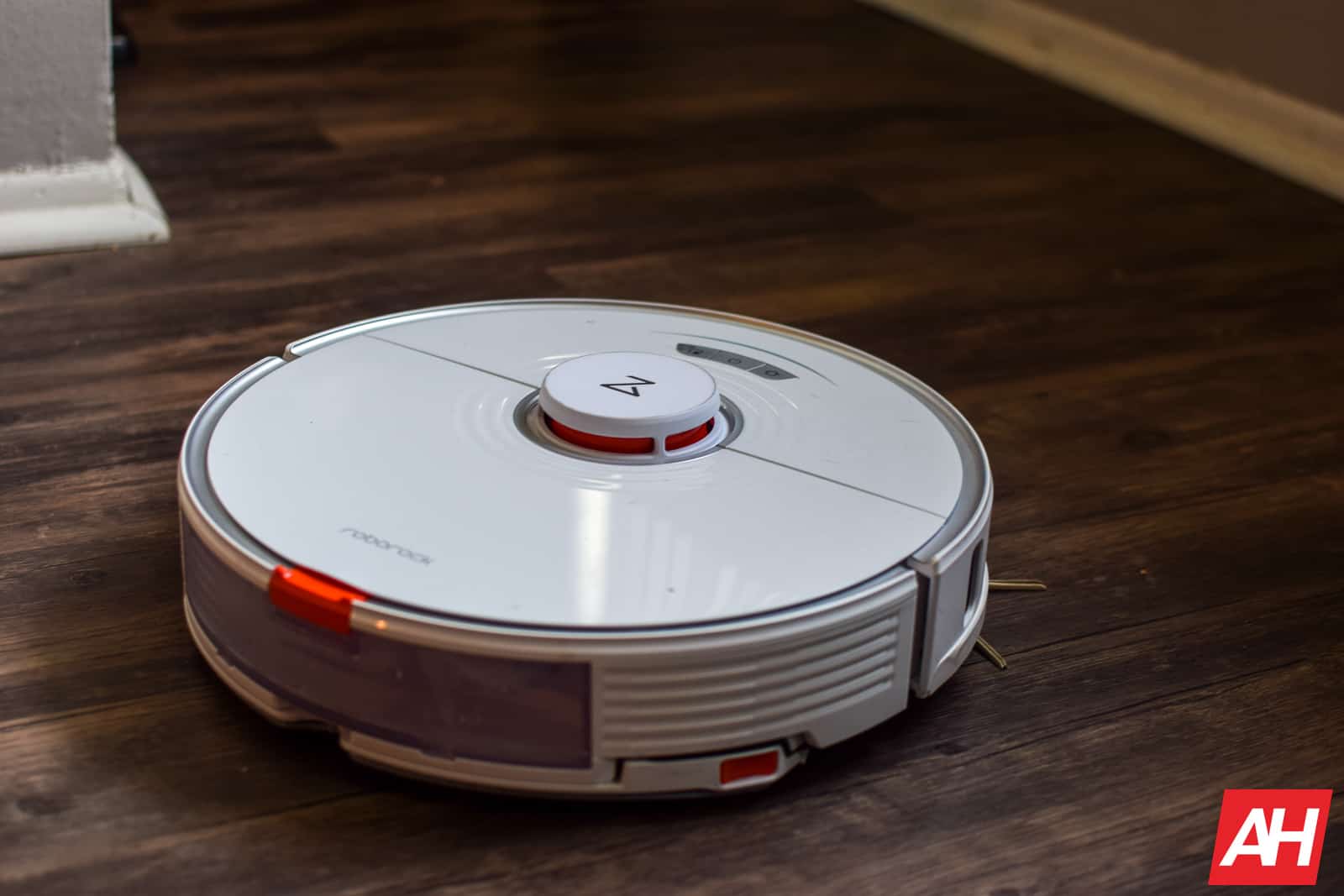 And, mop your home!

Let’s not forget that the Roborock S7 does more than just vacuum your home. It can also mop your home. And this year, Roborock did some major upgrades to the mopping capability of the S7.

First of all, the S7 sports a larger water tank, so it can mop more of your home than it could in the past. There were also two major upgrades here. That includes the Sonic Mopping and VibraRise.

Let’s start with Sonic Mopping, because this is super important. Sonic Mopping allows the mopping pad to agitate more on the floor. That lets it scrub your floor more, and get those tough, dried-on messes up. And it can also mop in a criss-cross pattern, having it mop the same area up to 3x. This lets you have a nice clean kitchen, or other area of your home that might have been a mess.

The other big upgrade is VibraRise. In the simplest sense, this allows the S7 to lift the mopping pad off of the floor. Allowing it to continue cleaning your home, instead of returning to the dock, after it has cleaned all of the non-carpeted rooms in your home. Which is what most robot vacuums do. This also means that the dirty mopping pad won’t be dragged across your cleaned floors.

The Auto-Empty Dock saves you even more time

So, we’ve talked about how the Roborock S7 can save you time, by cleaning your home for you. But when you add in the Auto-Empty Dock (hence the Roborock S7+), you can save even more time.

Once your robot vacuum is finished cleaning, the Roborock S7 will return to the dock and empty itself into the bin. With the Auto-Empty Dock, it can empty the S7 for about two months, possibly longer depending on how often you run your robot vacuum.

Now, the Auto-Empty dock doesn’t just suck the dirt and dust out of the S7, it also runs it through a couple of filters and into a dust bag. This allows it to capture about 99% of allergens. This is important for those that are allergic to dirt and dust that it might have picked up.

Once the bag is full, take it out, close it up and toss it. And you’re all set. Super easy. 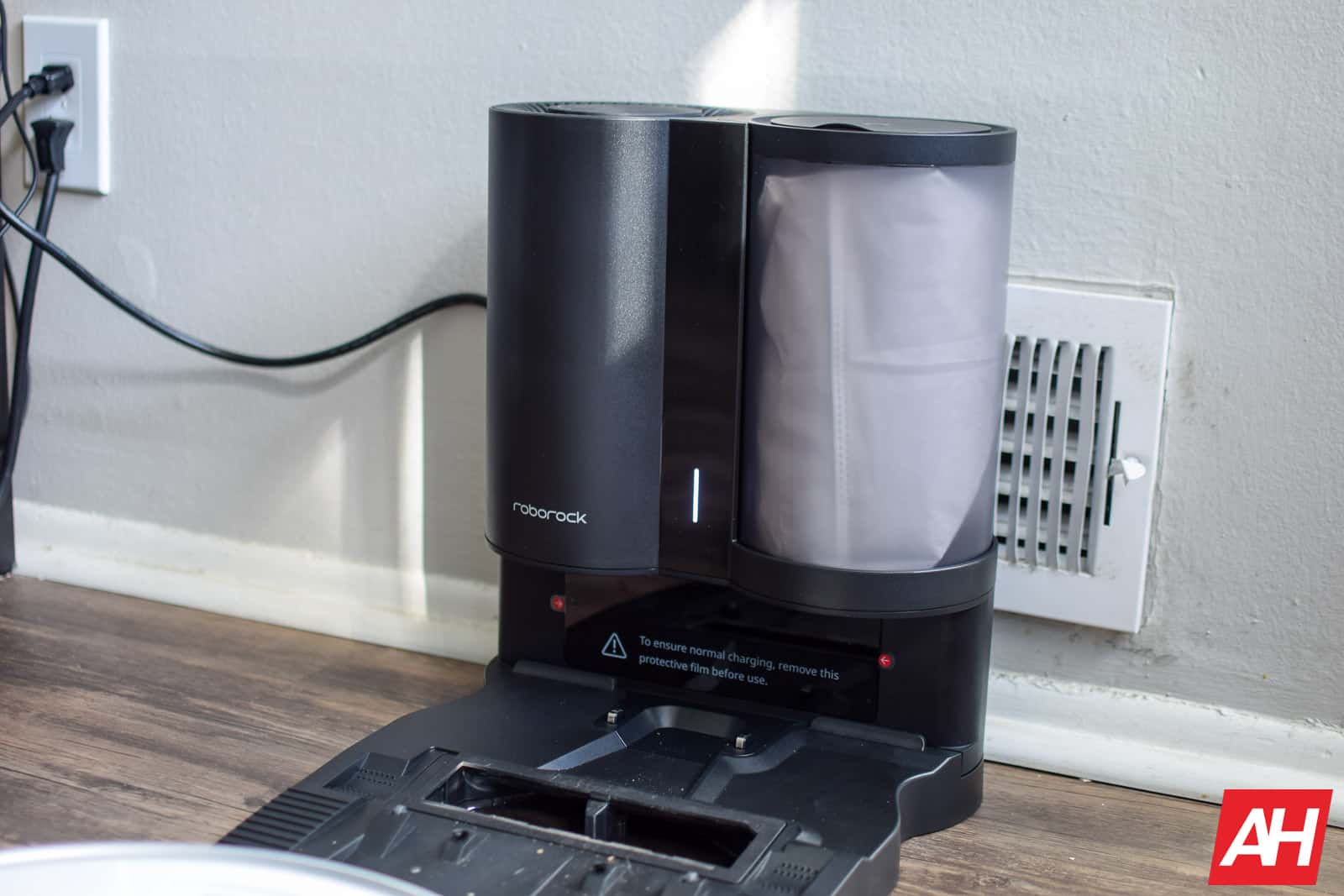 Make a mess while cleaning? Roborock can clean it up

This isn’t new, but Roborock can also clean a specific room. This is because the S7 and other Roborock robot vacuums are able to map out your home, so it knows what room is what. So you could set the Roborock S7 up to clean up the kitchen specifically.

When you have your Roborock S7 clean a specific room, you can opt to have it run through the room up to three times. That’s a good idea to use if you made a particularly big mess while cooking. Say, you spilled some flour, you’re going to need to it to run through the kitchen at least twice, since flour is such a fine ingredient. And you can do that with the S7.

All of this can be done, while you continue cooking. Not bad at all.

Here’s where you can buy the Roborock S7+

The Roborock S7+ is available from Amazon right now. Since it launched, it has not really gone on sale much – outside of the launch sale. It’s priced at $949, which is basically the price of the S7 and Auto-Empty Dock if you were to buy them separately.

Like we said, it’s not cheap, but it is going to save you a lot of time. And you can’t put a dollar sign on that.