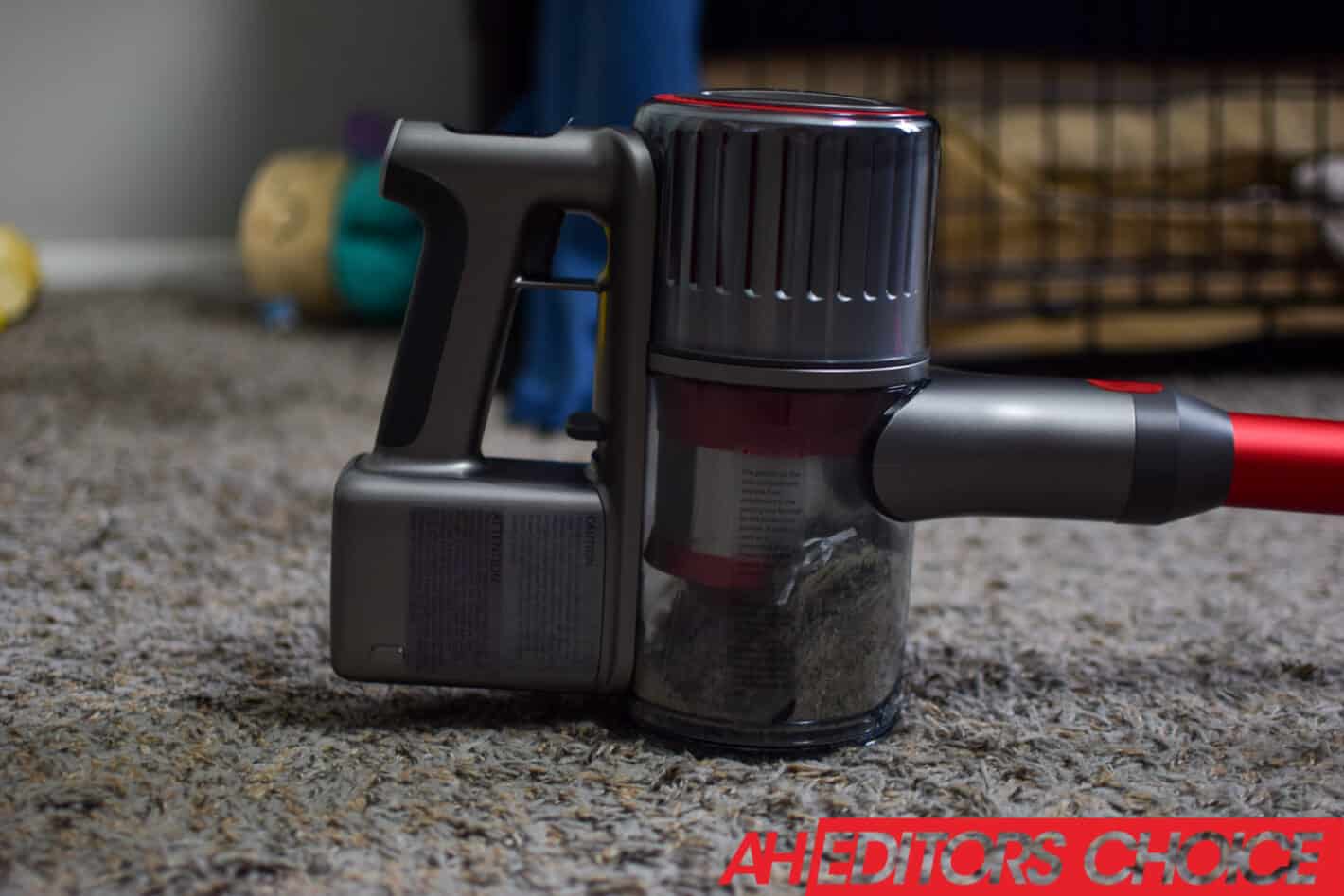 Roborock is known for producing incredible products that compete with the bigger brands, but at a cheaper price. And the H7 is no different.

Roborock provided AndroidHeadlines with a review unit of the H7. We have been using it for a little over two weeks, prior to this review.

Roborock announced the H7 last month, its’ second-generation cordless stick vacuum. After releasing the H6 last year, it had some big shoes to fill. As the H6 was really impressive in just about every area. Including its price point. Now with the H7, Roborock has raised the price by $50, but also improved its suction, added a new magnetic dock, and there are a few other upgrades here too. So the real question is whether that $50 price increase is worth it. Let’s find out in our review of the Roborock H7 cordless stick vacuum.

If you hold the H6 up to the H7, you will not be able to tell the difference. Which is fine, as the design is quite nice as it was. And it’s a vacuum, it doesn’t need to have some crazy design change every year. There are a few minor differences that you might notice. Like the lever to open the dustbin. It’s now easier to open and empty the dustbin. And that’s really the only difference here.

The Roborock H7 comes with plenty of accessories

As with its predecessor, the H7 does also come with a slew of accessories. This includes the dusting brush, a crevice tool, a flex tube, a carpet brush, and a motorized mini-brush, in addition to the dock. Which is now magnetic. So the accessories attach much easier, and take up less space.

However, the self-standing dock that we’ve seen in some pictures from Roborock, is not available in the box. Roborock told us that it was just to big to put in the box. So it will be sold separately. And that also goes for the mop attachment. There’s no word yet on when these will be available, or how much they will be, unfortunately. 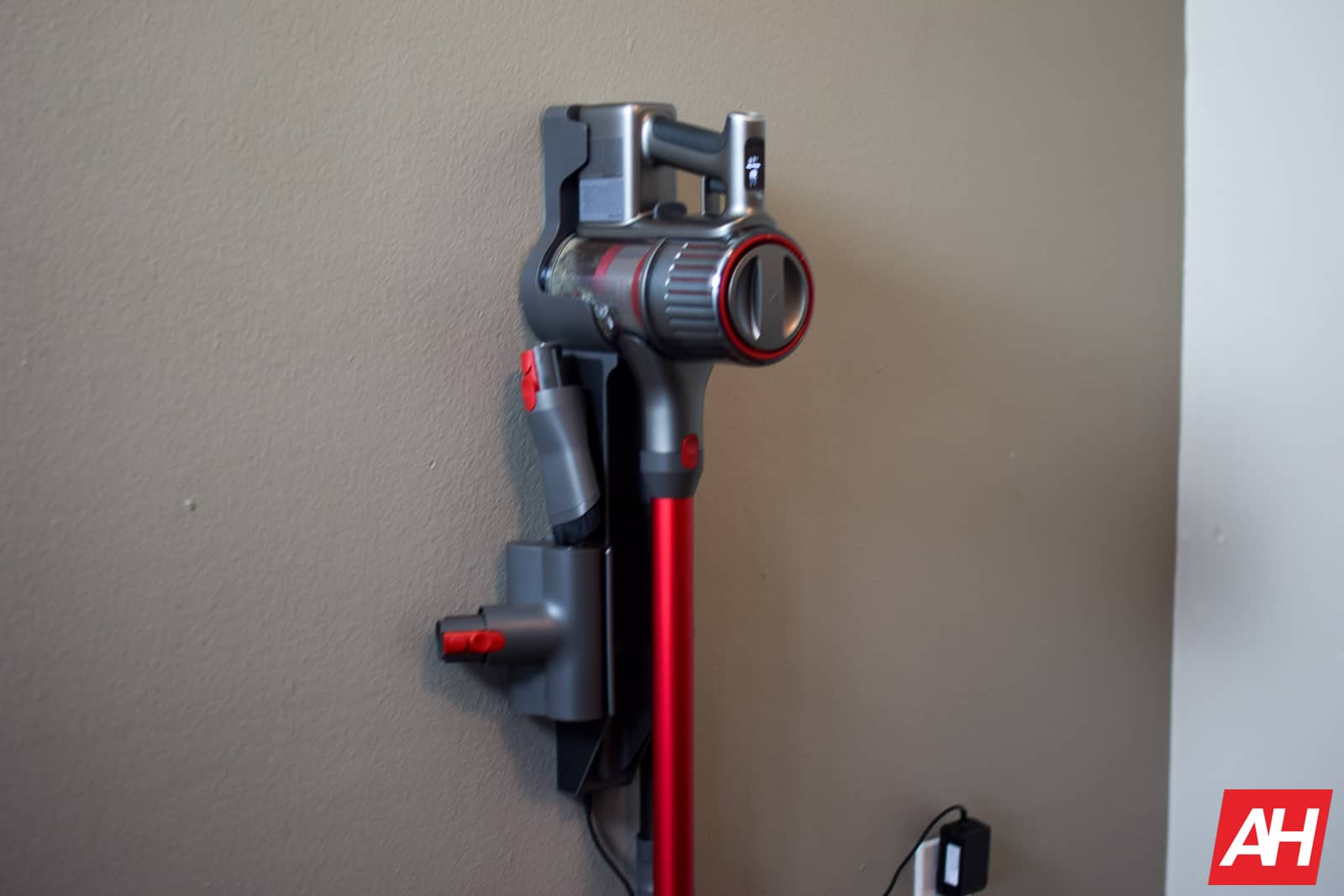 Why is this important? Well, because it’s next closest competitor is Dyson, which is charging about $700 for its comparable cordless stick vacuum. So we’re looking at $200 more, though it does come with all these same accessories. So good on Roborock offering all of these included at a much cheaper price tag. Something they’ve done well with robot vacuums and are now doing with cordless stick vacuums.

With the H6 last year, Roborock added a 1.3-inch OLED display in the handle of the vacuum. Which might seem odd and not necessary. But once you use the H6 and even the H7, you’ll realize how incredibly useful it is. While other vacuums don’t show you how much battery life is left, or how much time you have left to vacuum, this screen allows that to happen.

The H7 will show you which mode you are cleaning in, how much time you have left on the battery, and even if you have it locked. As you can lock it so that you don’t have to hold down the button (or the trigger) the entire time you are cleaning. Which is another nice addition. Also while it is charging, it’ll show you how charged it is. And that is very neat. 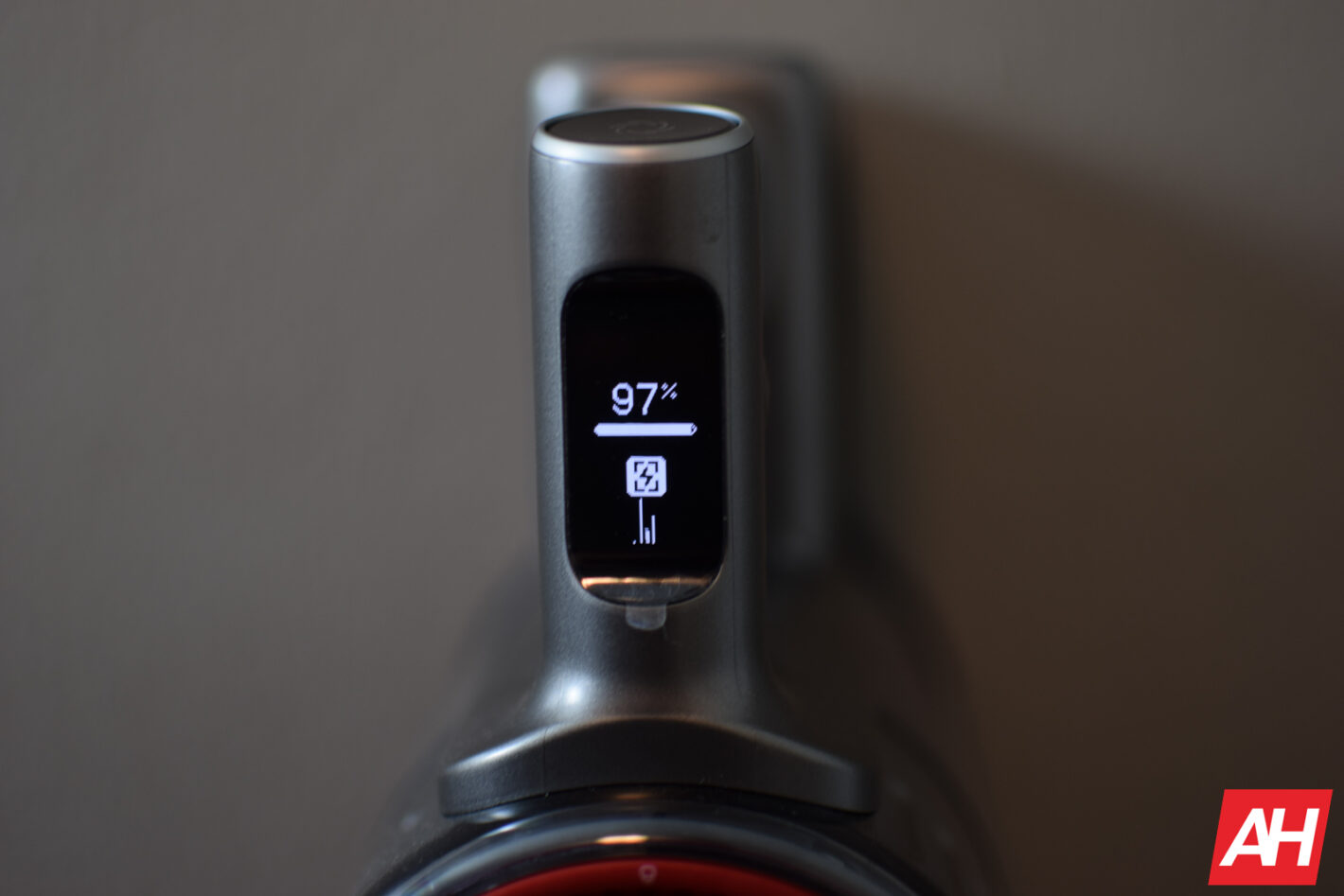 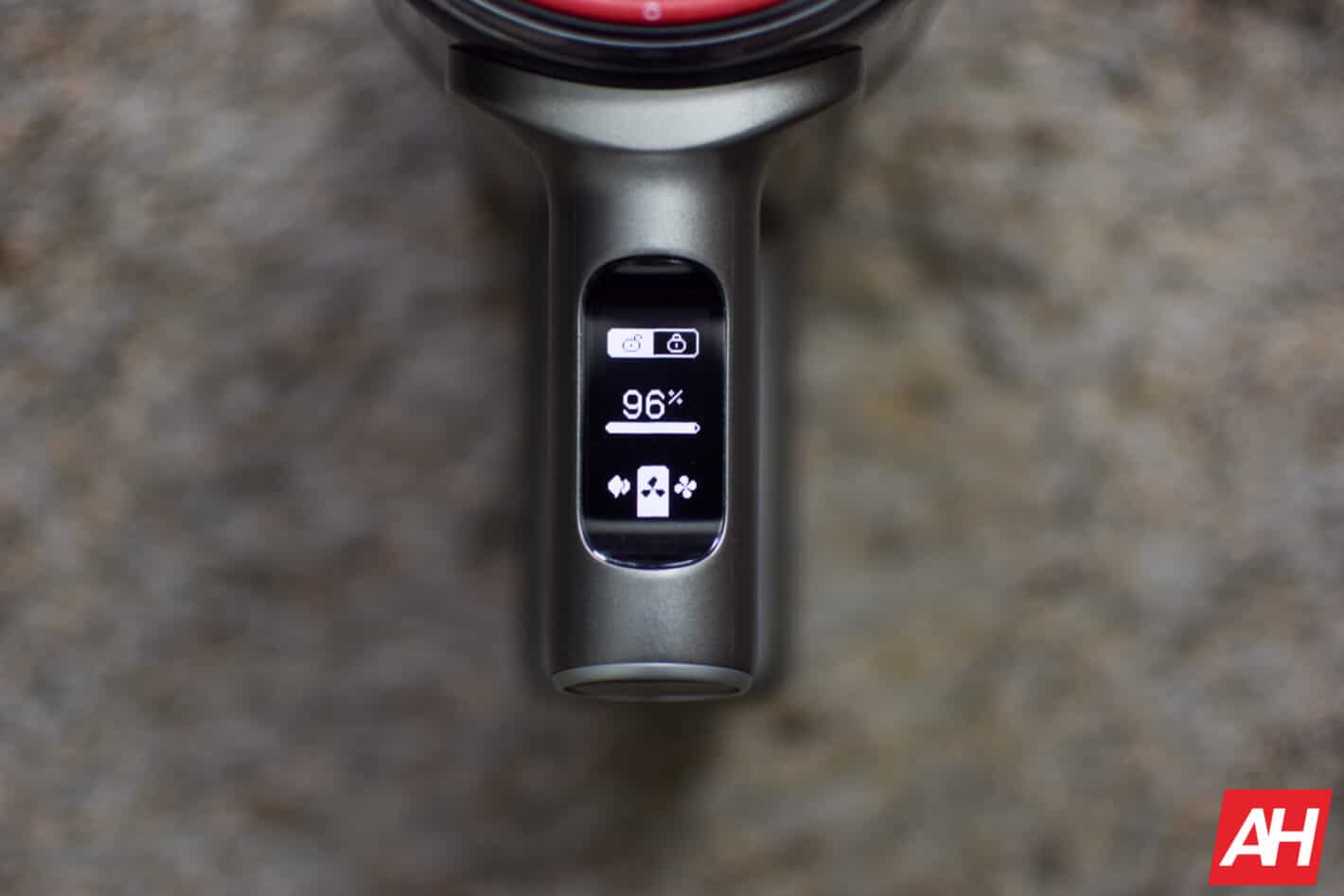 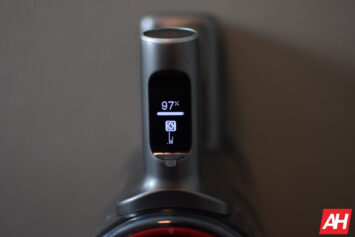 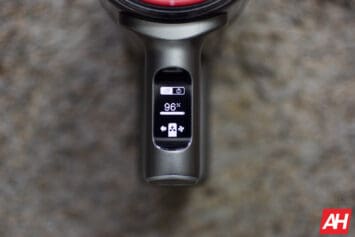 Once you’ve used this OLED display on the H7, you won’t want to go back to not having one. It’s small enough so it’s not in the way and making the vacuum larger than it needs to be, but large enough to still be useful. It’s almost like Roborock stuck a Xiaomi Mi Band on the H7.

Considering the fact that suction and the motor’s power were both improved on the H7, as well as the dustbin getting larger, it’s incredible that it is still so lightweight. It is a bit heavier than the H6 was, at 3.2lbs (the H6 was 3lbs). But it’s not so heavy that your arm gets tired after vacuuming a room. 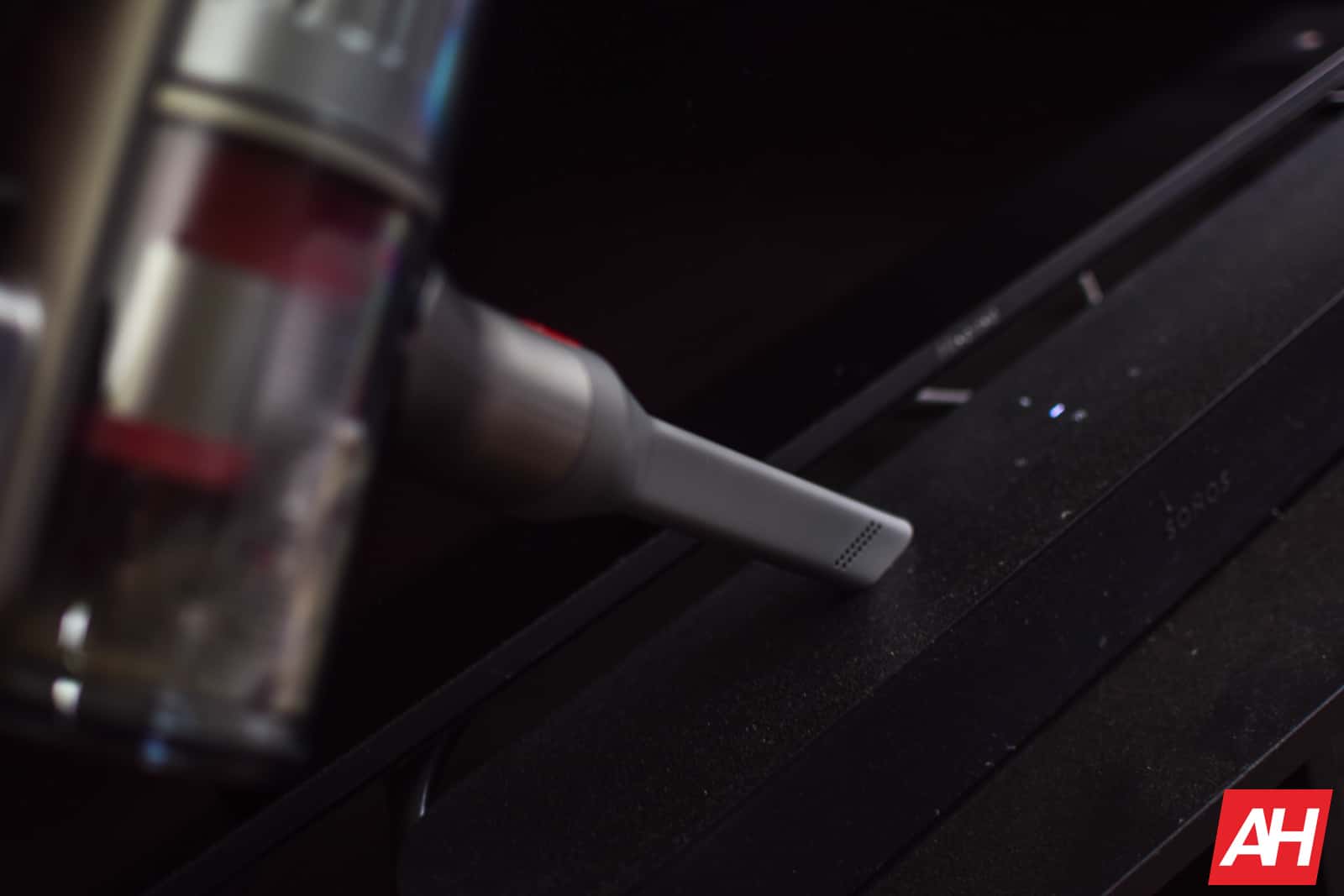 With a cordless stick vacuum like the Roborock H7, companies need to balance the power with the weight, and Roborock has done a good job here. Now, I don’t use the H7 to clean my entire apartment, as it is mostly laminate flooring and then carpeting in the two bedrooms. So I use it mostly in the bedrooms. And even then is pretty sparingly, outside of working on this review of the Roborock H7. Because their robot vacuums do so well. Making the H7 a good compliment to the S7 robot vacuum.

The Roborock H7 is perfect for those with pets

Just like how the Roborock S6 MaxV is perfect for those with pets, the H7 is the perfect cordless stick vacuum for those with pets. I have a dog that seems to be always shedding. Some robot vacuums do well with picking up her hair, but really only the S6 MaxV does a good job of getting it all. And that now extends to the H7. The H6 did a decent job with dog hair, though not perfect. The H7 with its improved suction does an even better job.

I used the Roborock H7 to vacuum my bedroom after the S7 had already cleaned in here. I didn’t see any dirt on the floor at all. But somehow the H7 picked up a ton of dust, dirt, pet hair and other debris. Even after the Roborock S7 had cleaned up. Which just goes to show how powerful the H7 is. It’ll pick up stuff you won’t see. Which Roborock says it will pick up debris as small as 0.3 microns. 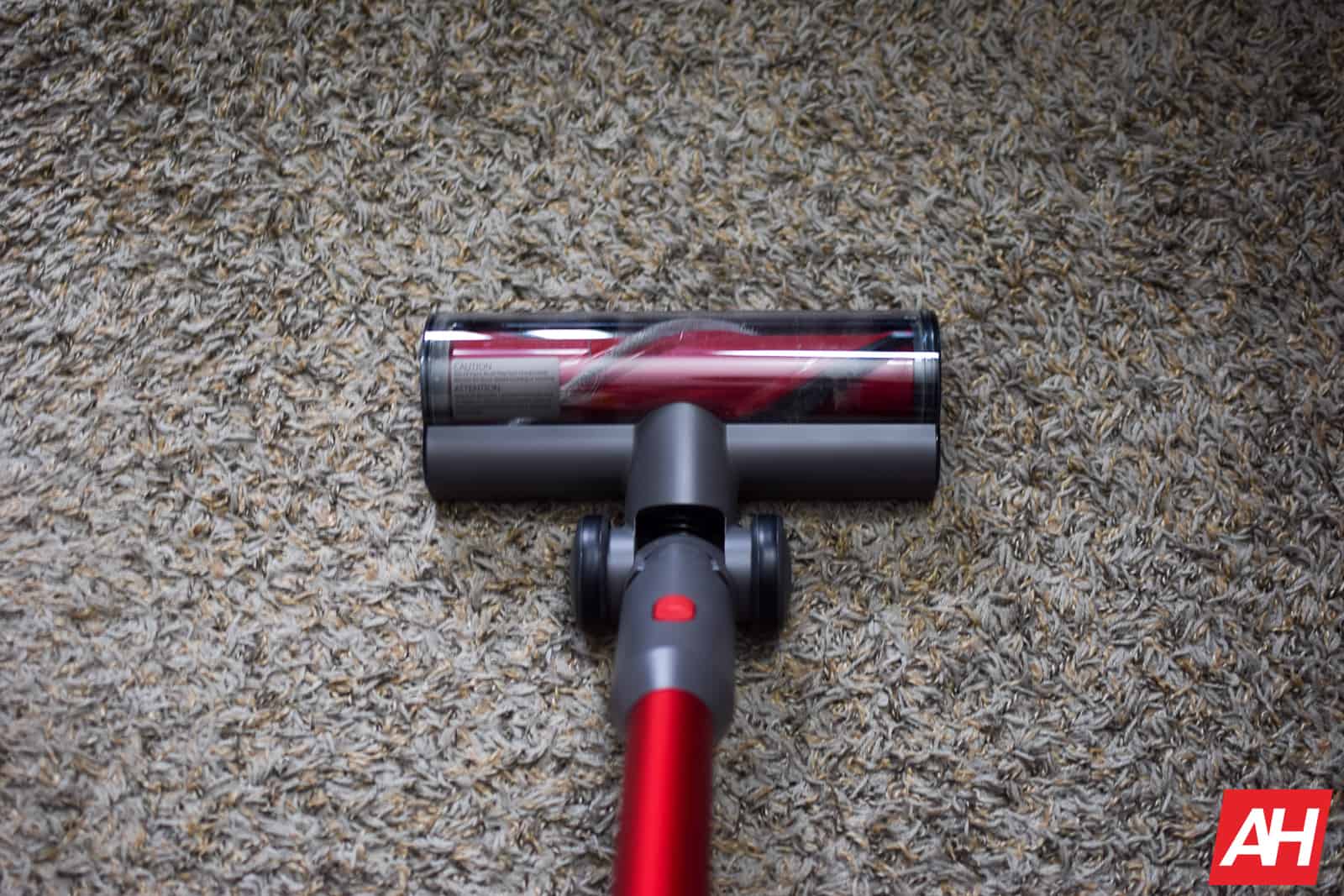 The extra accessories that are available make it easier to use the H7 for things other than just cleaning your floors. You can use it to clean the vents in your home – which is really important as we move towards summer and will start using the AC more. And other surfaces too.

One of the new features with the Roborock H7 this year, is the fact that it can use a dust bag. There is a new dust bag holder that you can put inside and attach a dust bag. Roborock includes two dust bags in the box, so you can use one instead of just opening the dustbin to empty it. This is primarily for those that don’t want the dust to go everywhere when they empty the dustbin, or maybe have allergies. And the dust would kick up those allergies.

The filter in the H7 is still washable, and it’s a good idea to wash it often. But of course, make sure that it is dry before you use it again. Otherwise, it can really damage the vacuum.

Unless you have a mansion, you will be able to clean your entire home on a single charge, with the Roborock H7. It is rated at 90 minutes on a full charge, and on eco mode. I used it for around 35 minutes cleaning and it was around 70% after I was finished. So that 90-minute mark sounds like it is true, and if not a bit underestimated. Which isn’t a bad thing.

Now on Max mode, which is what I typically clean on, it is rated for 8 minutes. And the OLED screen will actually start to tick down from 8 as soon as you start cleaning. I don’t think this is necessarily because the battery can only last that long, but the motor will likely overheat if you use it for more than 8 minutes in Max mode. As I was only down about 45% after using it in Max for the 8 minutes.

There is also a Normal mode, which will last you around 45 minutes on a charge. This is what it defaults to, and I’d wager that most people will use this mode. As you don’t always need to use Max. Unless you do have pets like myself, then Max is better for getting up that pet hair.

It’s still pretty portable, and can be moved around very easily, without much of a hassle. As we’ve stated, this is only about 3.2lbs, so it’s super lightweight.

The cordless stick vacuum to buy

This is the cordless stick vacuum to buy. If you’re in the market for one, don’t even think about looking at Dyson. For one, they are more expensive, and two they don’t clean as well. We already know how great Roborock’s robot vacuums are at cleaning, and now it is doing the same thing with cordless stick vacuums. 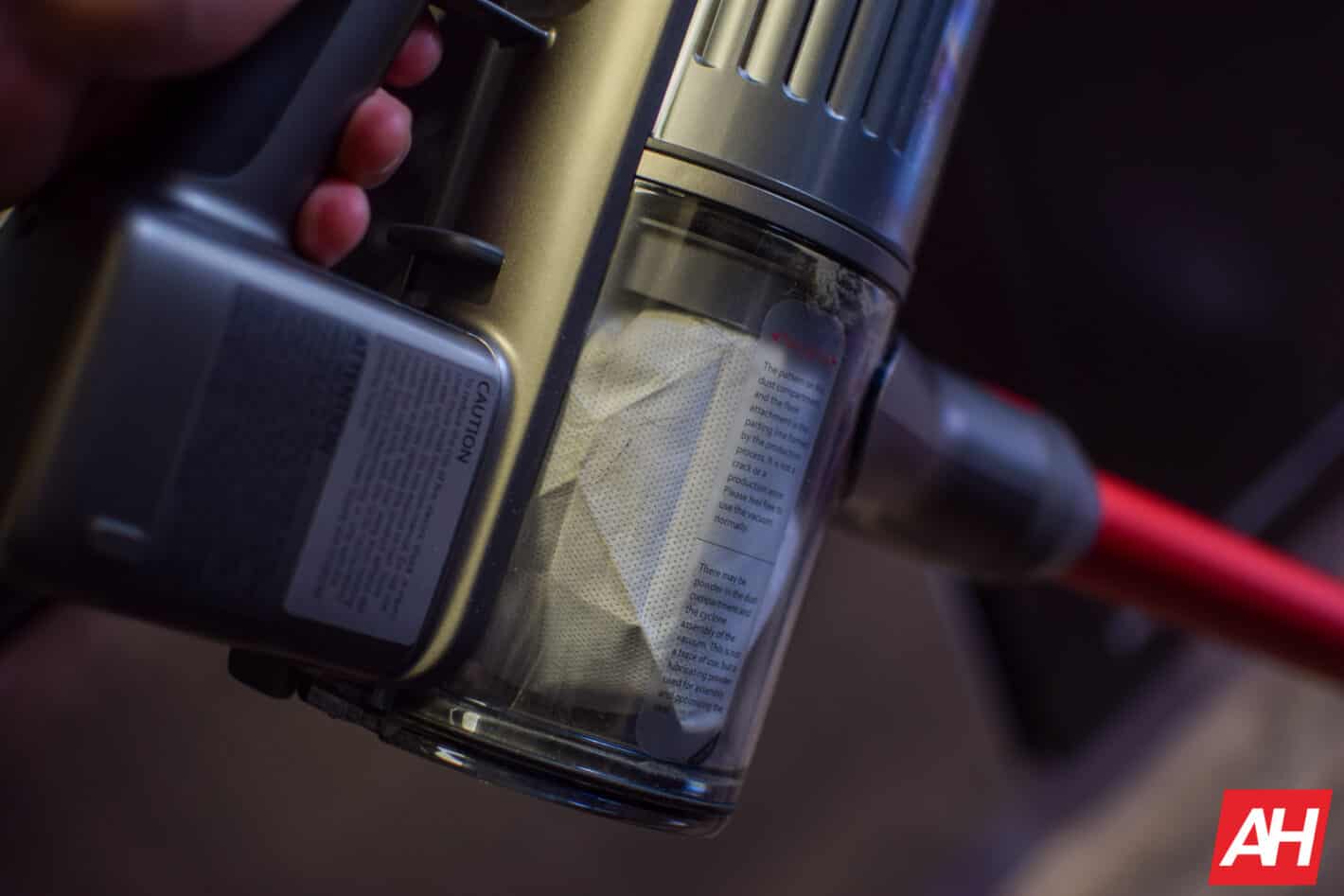 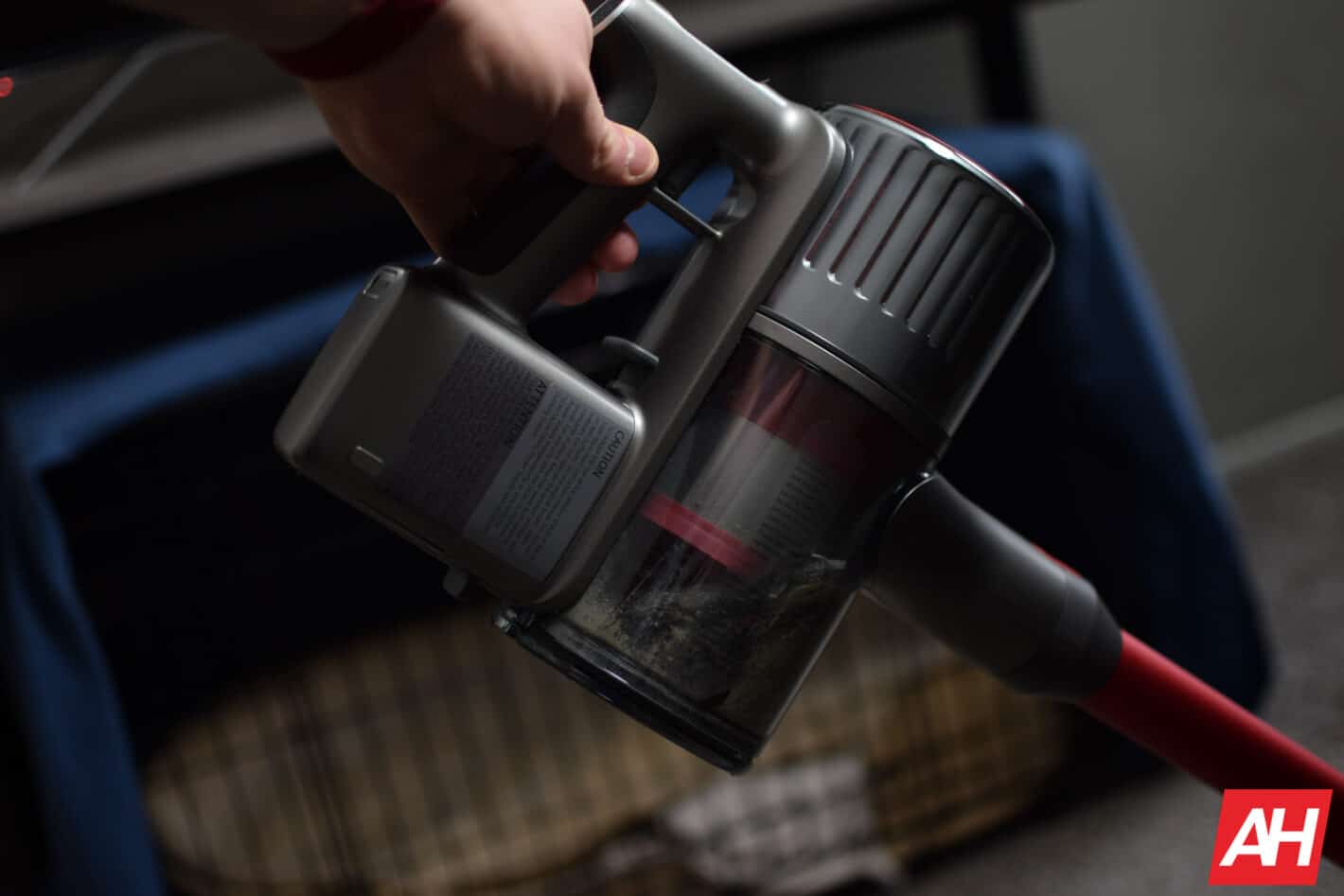 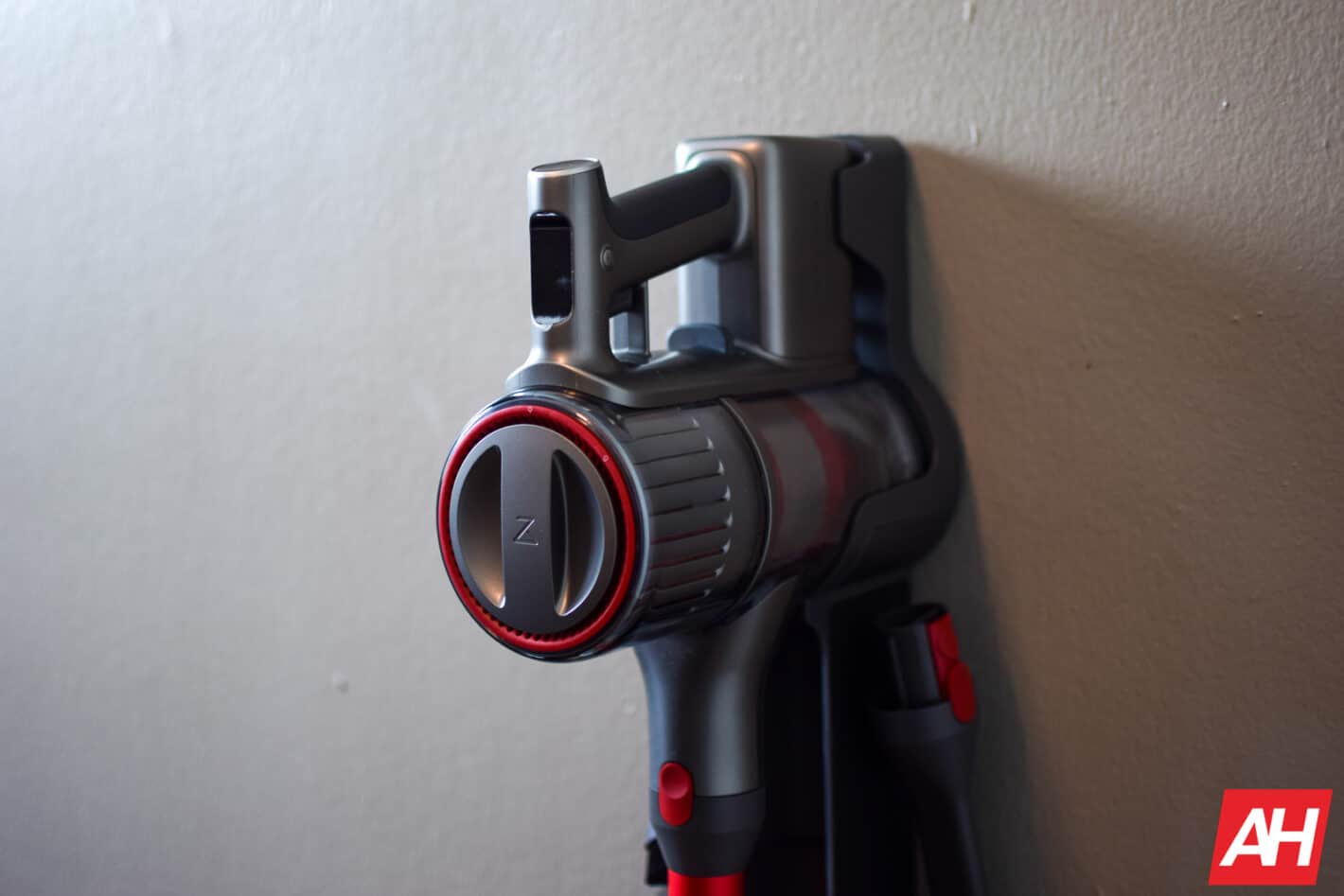 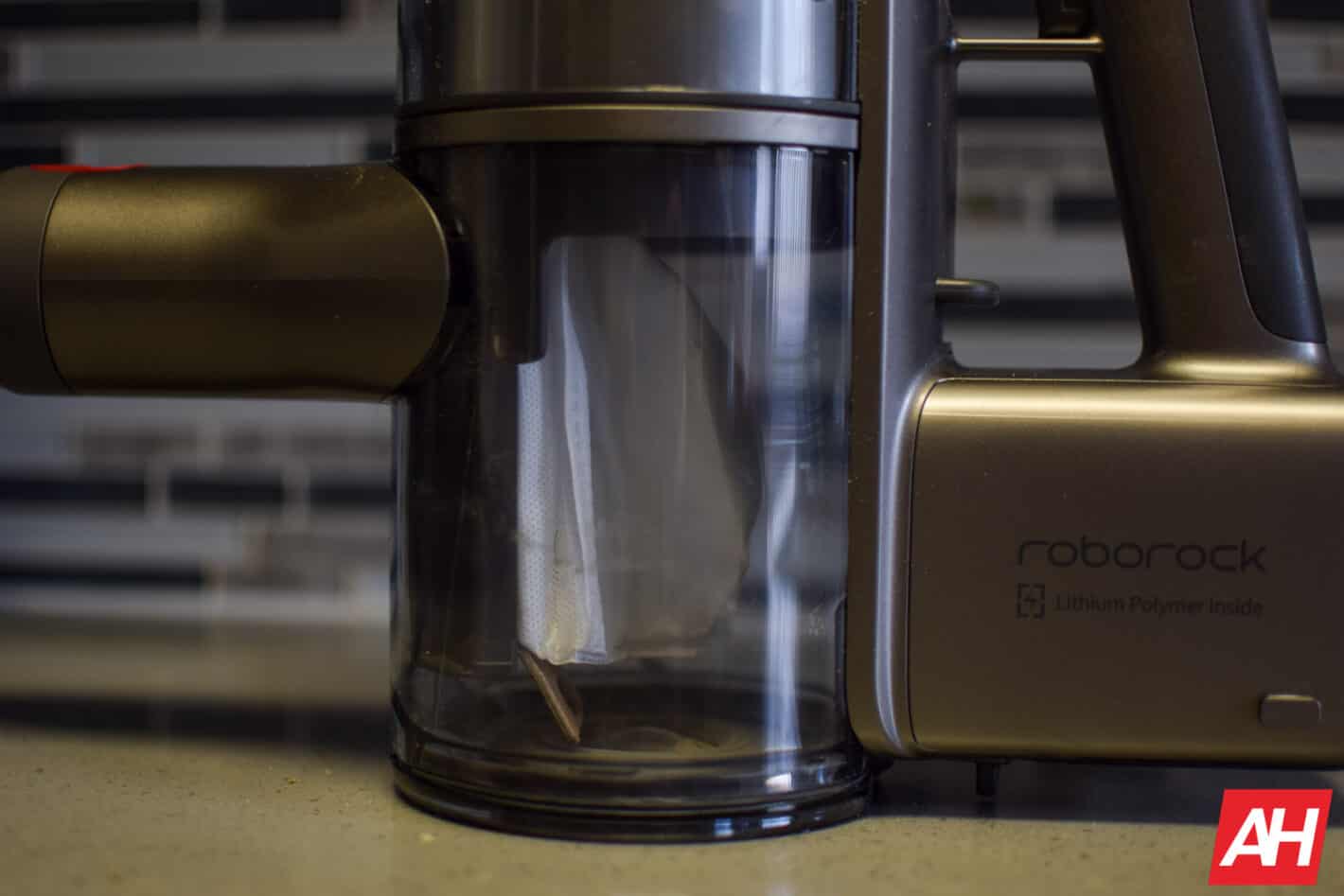 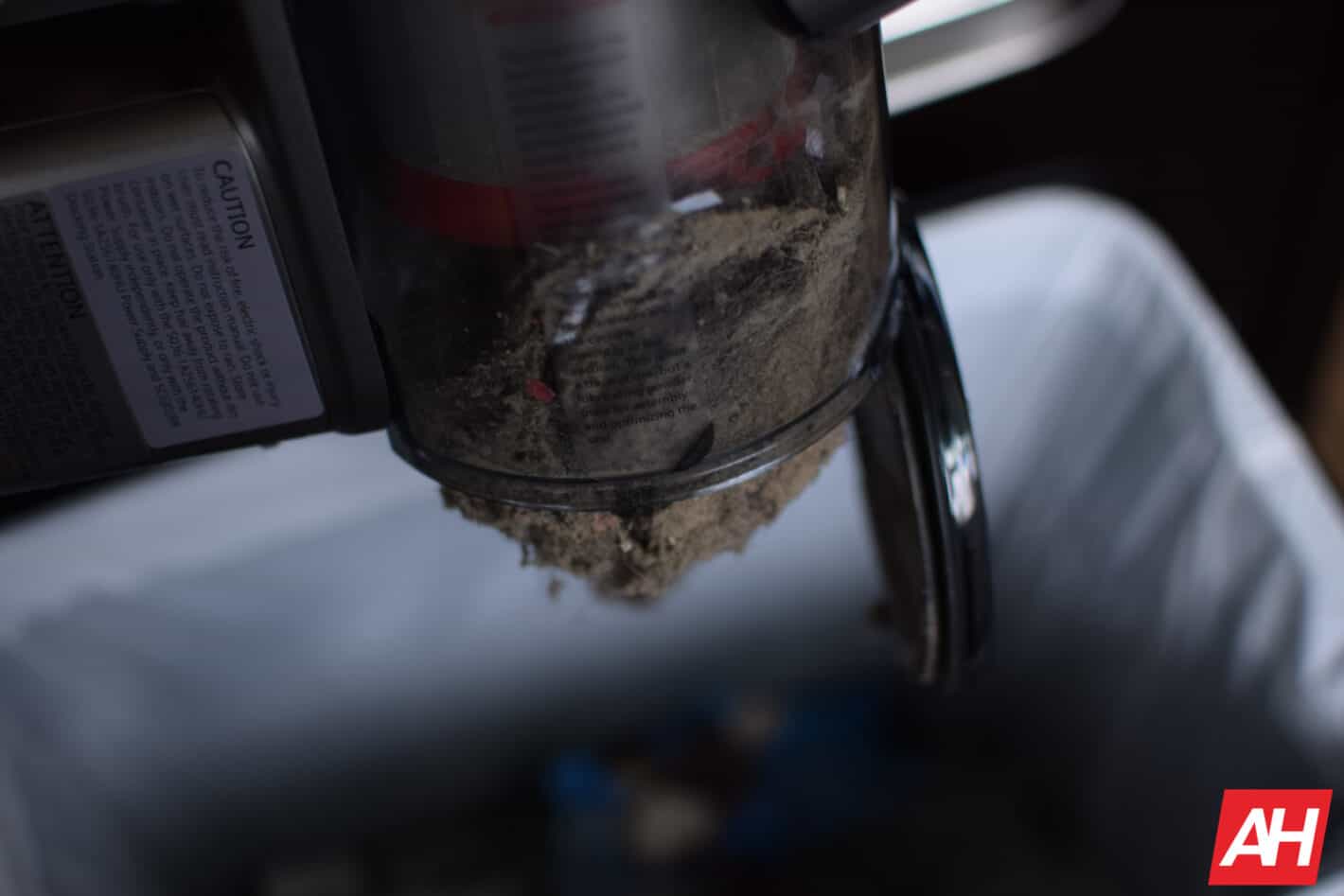 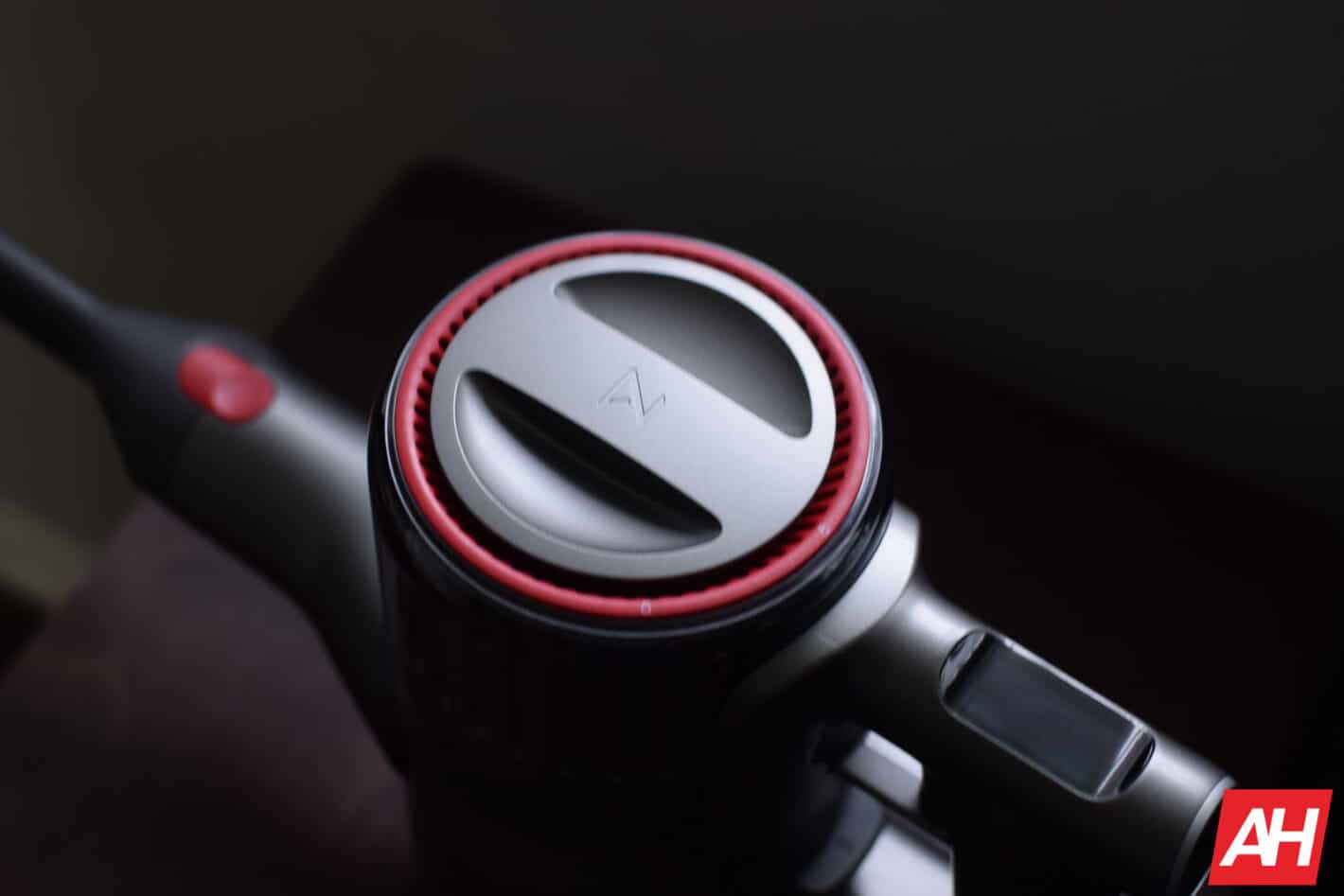 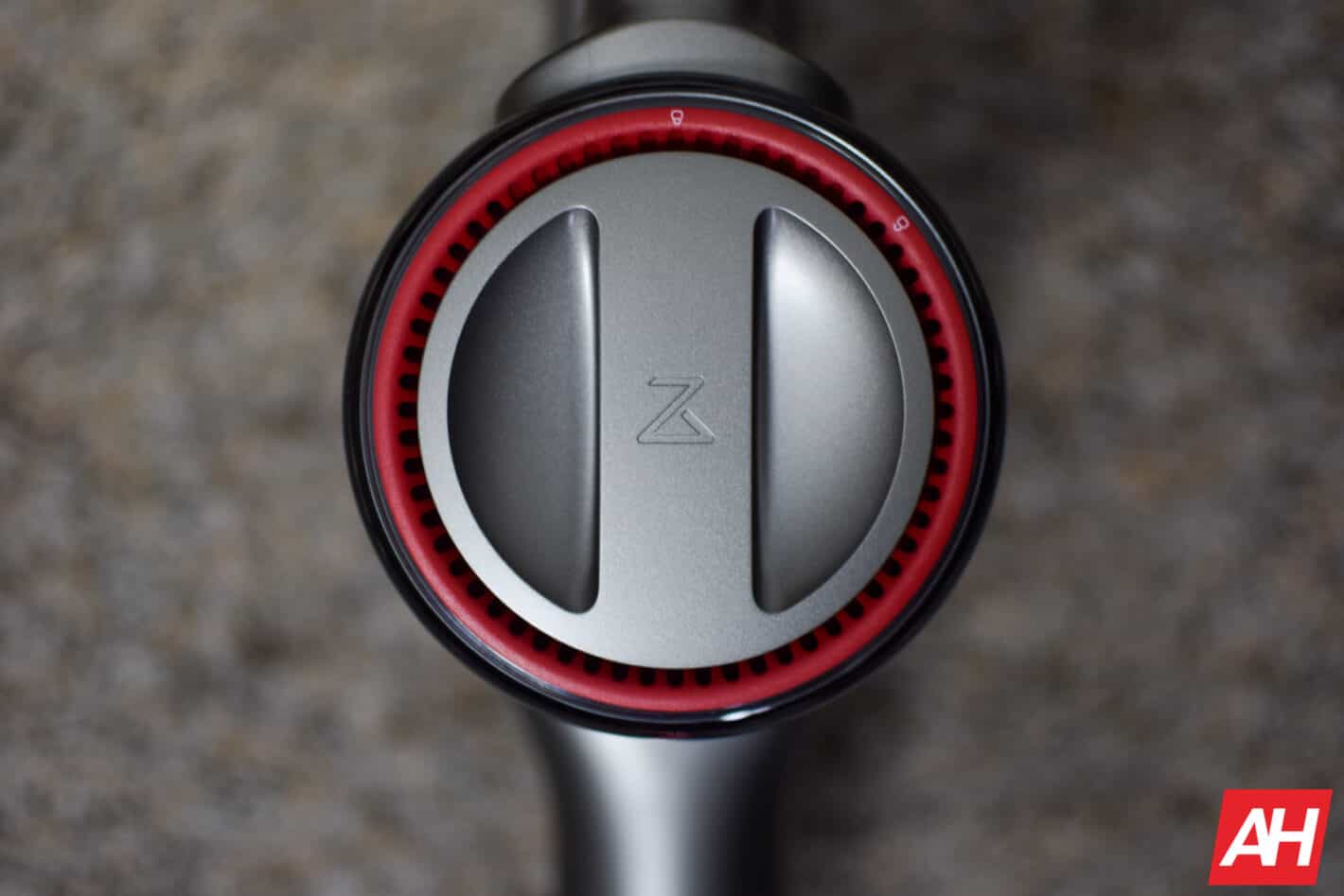 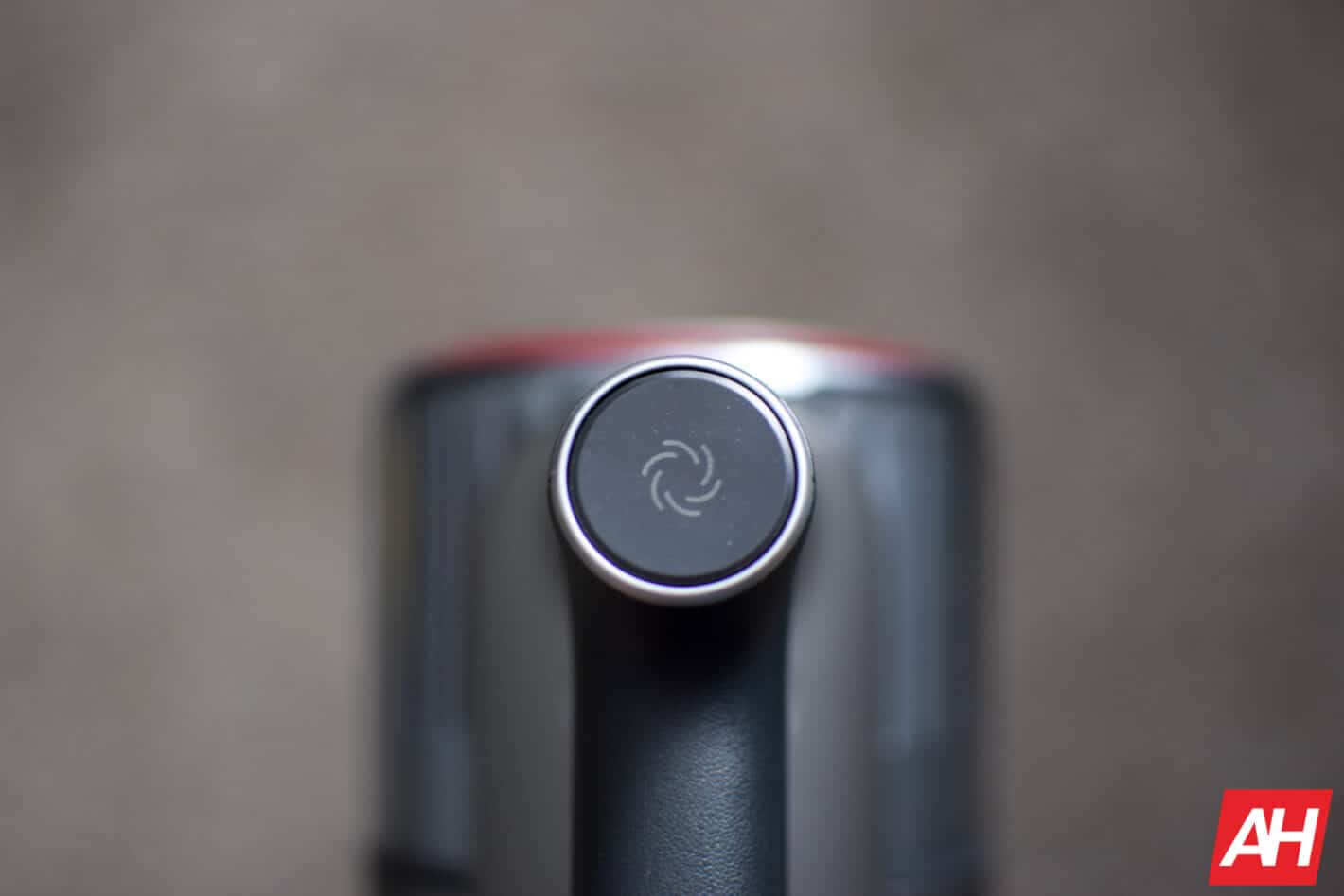 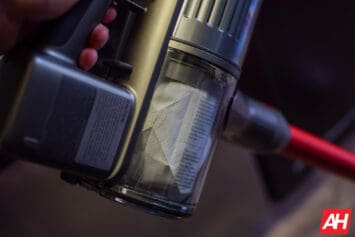 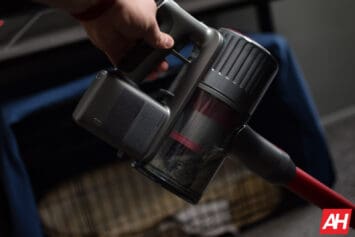 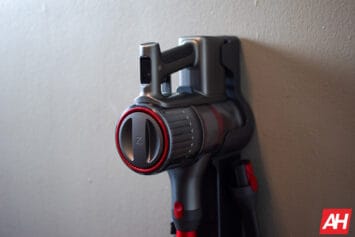 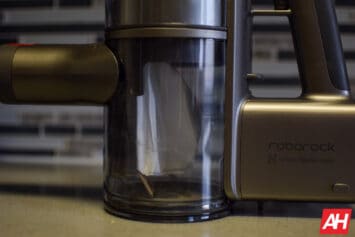 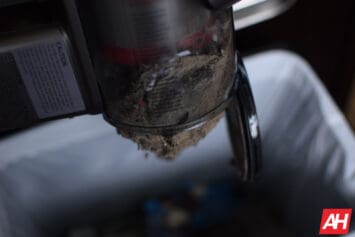 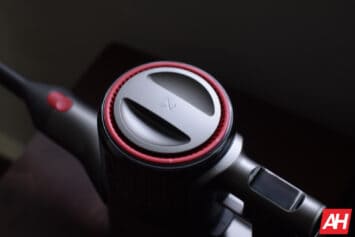 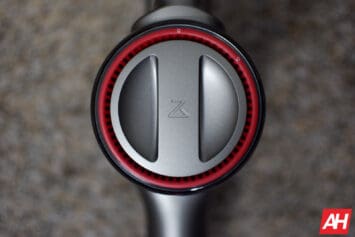 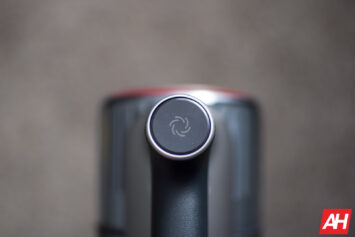 Now you may be wondering why you need the H7, if you have a S6 MaxV or even the S7 from Roborock. Well it is still a great compliment to have in your home. As it is more powerful, so it can deep clean better. Additionally, the H7 also is quicker to grab for some quick messes than having the S7 go to a specific place to clean.

But rest assured, you likely will not be using the H7 anywhere near as much as a robot vacuum. I use it about once a week, compared to the S7 which gets run almost daily.