When we think of cordless stick vacuums, the name that comes to mind first is probably Dyson. But what if we told you that Roborock has a competitor that is better in almost every category? And it is much cheaper too. Would you be interested? I’m sure you would be.

In this comparison, we will be comparing the Roborock H7 to the Dyson V11 Animal, which is Dyson’s latest cordless stick vacuum. And its specs are the closest to the H7.

Let’s start off with the price. The Roborock H7 is $499, while the Dyson V11 Animal is $599. Not a huge difference, and this is actually one of Dyson’s more affordable cordless stick vacuums. Believe it or not, they do have some models that are over $1,000. So that’s a tick for Roborock, but keep in mind the phrase “you get what you pay for”. That’s why we listed the price here first before jumping into the other features. 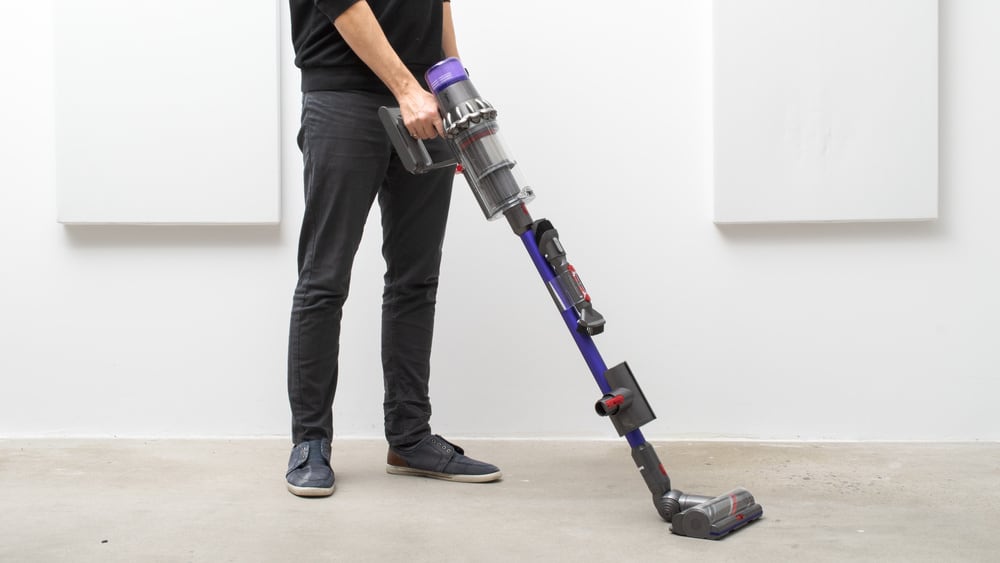 This is something you may not think about, when it comes to a cordless stick vacuum, but the size and weight does matter quite a bit. Not only for comfort while using the vacuum, but also for battery life. The lighter the vacuum, the longer the battery can last.

The Dyson V11 Animal is a pretty large cordless stick vacuum. It weighs in at 6.68 lb. However it does have a pretty long handle length of 49.7-inches, and a bin capacity of 25.6 ounces.

Meanwhile the Roborock H7 weighs in at less than half of that, just 3.2 lb. The handle is a bit shorter at 43.4-inches, and the dustbin is smaller to at 18.94 ounces.

So what does this mean for the user? Well, the Roborock H7 is going to be easier to handle for longer cleaning sessions. Since it is a handheld vacuum, the weight does matter. Sure the dustbin is smaller, but it’s not hard to empty either of these. Since both are bagless.

Besides the size and weight, another aspect that is pretty important here is the suction. And, yes Dyson does win in this regard. Dyson is rated at 185AW, while Roborock is rated at 160AW. That is honestly not a huge difference though. And in day-to-day life, you likely won’t notice a huge difference between the two.

Both of these are very powerful cordless stick vacuums, compared to the other competitors on the market. And unless you have a bunch of kids and a bunch of pets, the difference here is negligible. It’s important to note that the Dyson V11 Animal is being marketed for pet owners specifically, and that’s where this higher suction rate comes from. 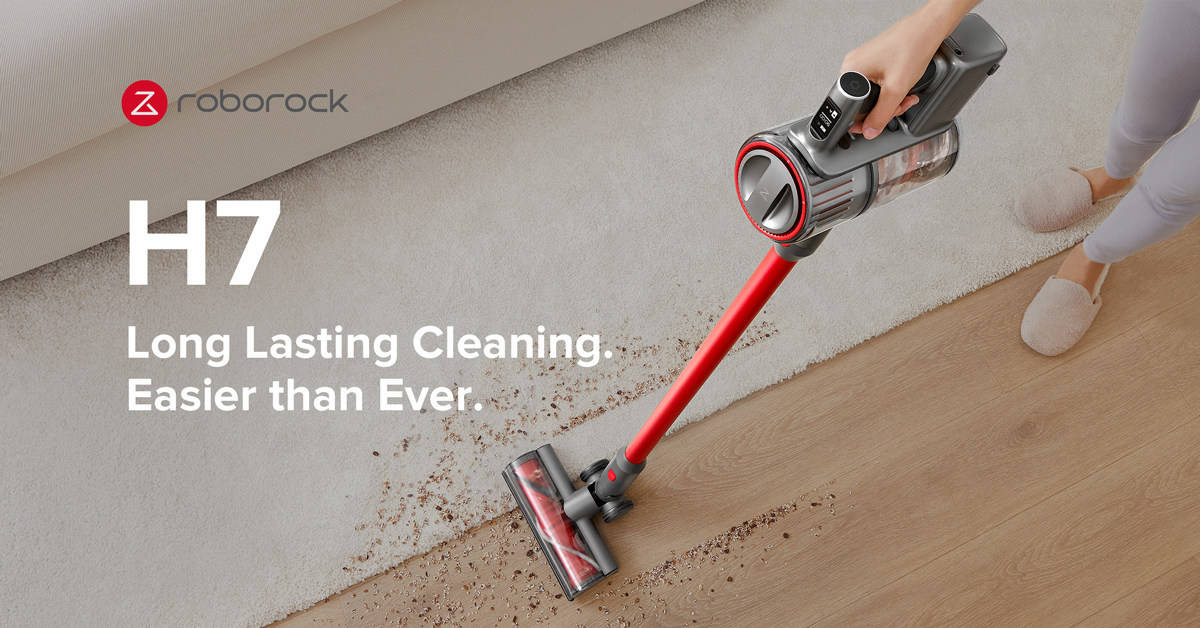 The third most important category is going to be battery life. What good is a cordless stick vacuum, if you need to return it to the charger before you’ve finished vacuuming? It’s not. Thankfully, both have pretty decent battery life.

The Dyson V11 Animal is rated for about 60 minutes of runtime. However, it’ll take a whopping 480 minutes to recharge it. That’s 8 hours to recharge.

While the Roborock H7 has a runtime of 90 minutes, and only takes about 150 minutes to recharge. That’s less than half as long, almost a quarter as long as the V11 Animal. Roborock also uses a Li-po battery, instead of the Li-ion that the Dyson uses. That makes it lighter, so it can last longer while weighing less.

With cordless stick vacuums, you can get all sorts of different attachments. As you can use these vacuums on pretty much every surface. So let’s see which vacuum comes with what.

As we can see the Dyson V11 Animal does come with a couple of extras that Roborock does not include. Like the Pet brush and the built-in attachment storage. Roborock does not have a pet brush. However, the dock for the H7 does have some nice storage available, using magnets.

We also can’t forget that Roborock will be releasing a mop attachment for the H7 in the future. It’s not included, and will cost extra, but that is a feature that no other cordless stick vacuum on the market has. 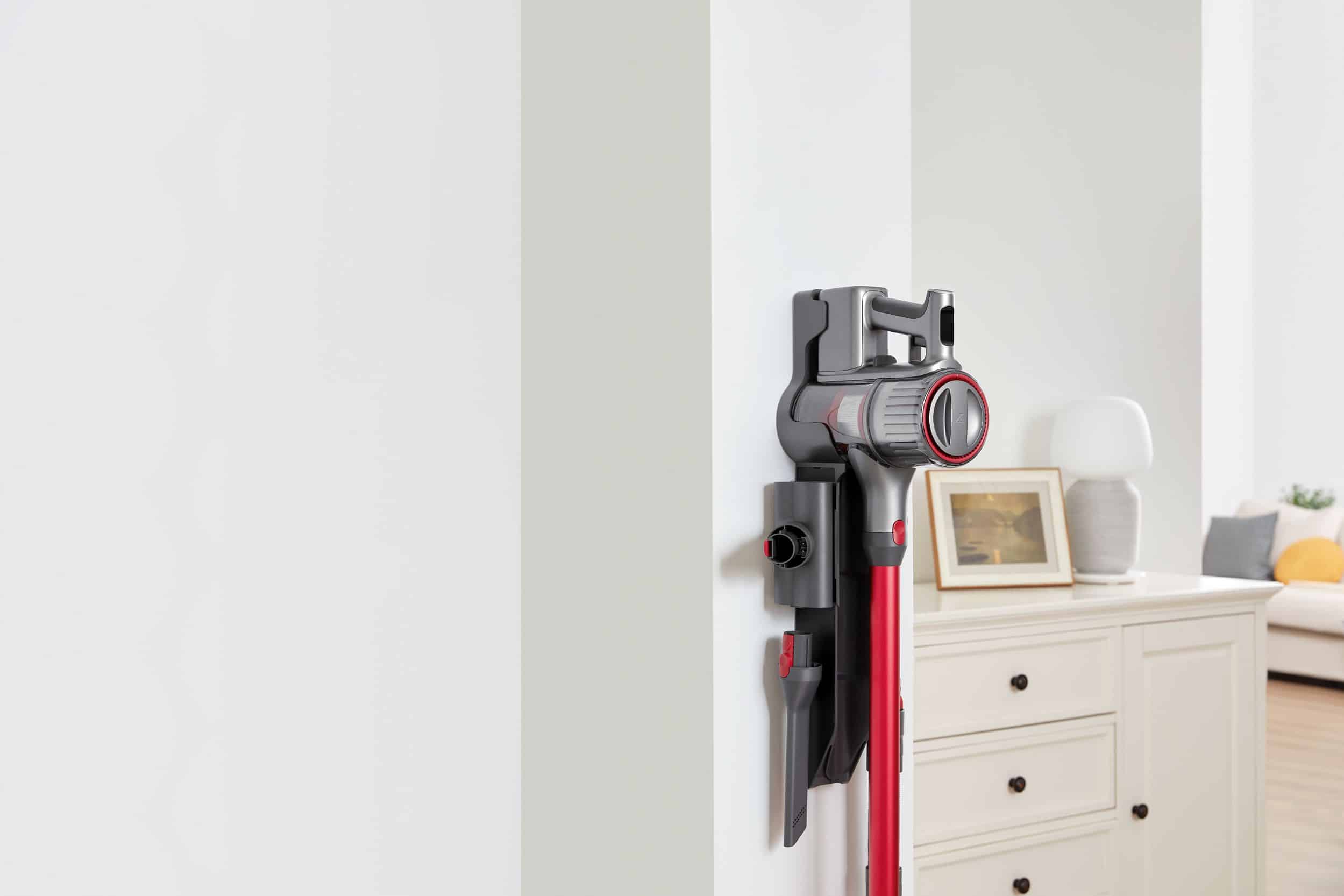 So which is better?

To be honest, you can’t go wrong choosing either of these cordless stick vacuums. Of course, at $500 and $600 respectively, that should be the case. But we’d have to give it to Roborock. Sure the focus on pets is a great thing for the Dyson V11 Animal, but the advantages that the Roborock H7 has over it, are just better.

The fact that the battery lasts longer and weighs less on the Roborock H7 is a big deal. And then of course, the fact that there is a mopping attachment that will be available for the H7 in the future, makes it a great all-in-one cleaning tool. Otherwise, the two of these cordless stick vacuums are pretty comparable, across the board.