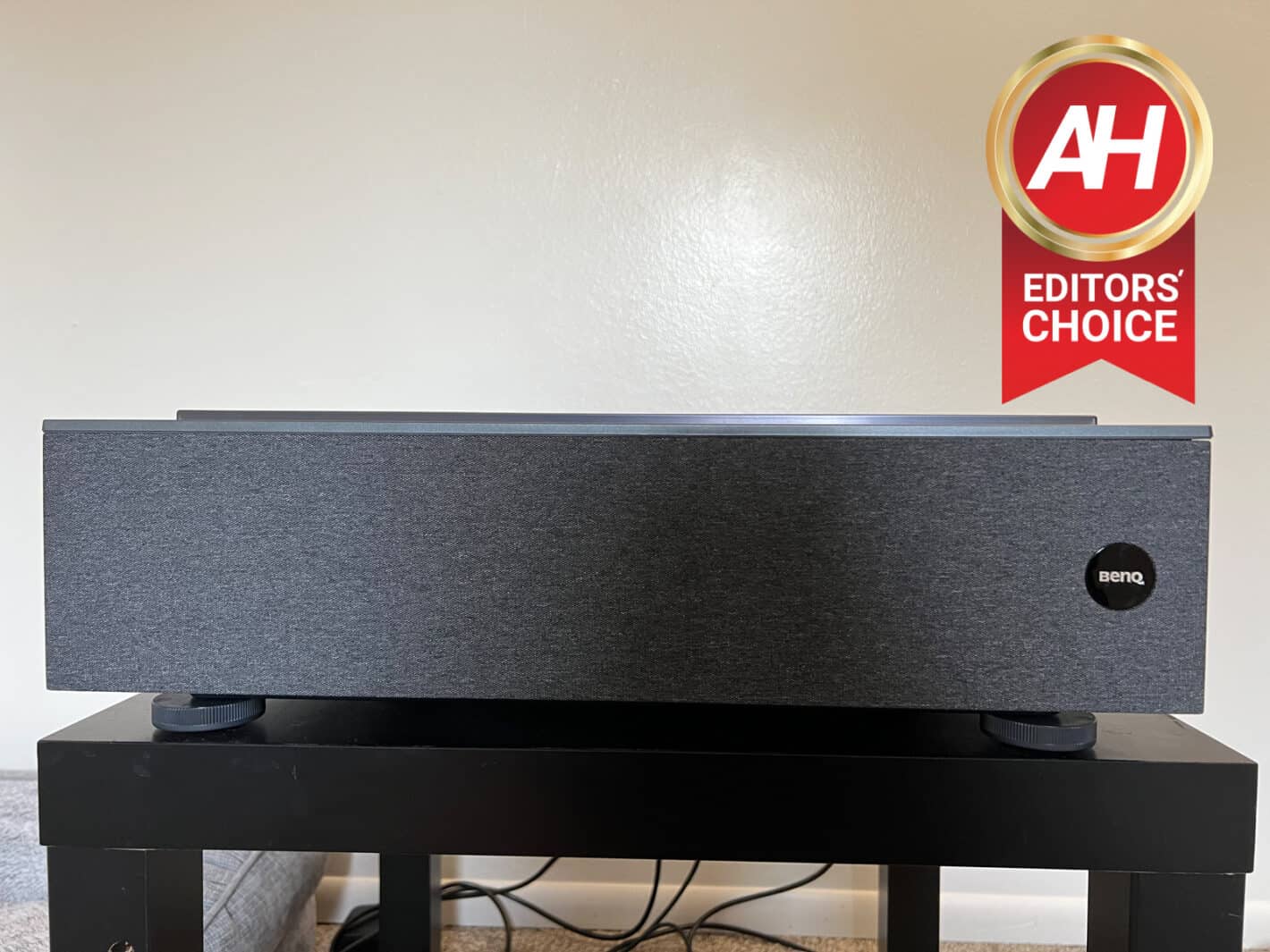 BenQ is a bit late to the 4K UST projector game, but they are being very competitive with the V7050i. Even though it's well over three grand, it's a great value for that money.

BenQ sent over a review unit of the V7050i to review, and we’ve been using it for almost two months before writing this review.

It’s not without its flaws of course, but it seems to do all of the important things correctly. But what really put me over the edge was the retractable cover on the V7050i. Why? Because it keeps the dust out from around the laser. That’s been a big issue for me with other UST projectors I’ve used over the past two years. Loads of dust in front of the laser, which need to be cleaned all the time. And I’m always worried about the laser getting damaged. With the V7050i, that’s not an issue.

Some of the other UST projectors I’ve used recently, are quite long. I was actually shocked at how narrow the V7050i was when I unboxed it. It’s more of a chunky cube, which fits better on smaller tables. I currently have it on a small coffee table from Ikea, which it fits on perfectly.

It’s all black, so it’s not going to stand out like the JMGO U2 does. And on the back (technically the front, but it faces the wall), you’ll find a number of ports. This includes two HDMI ports (one with Audio Return), along with a USB-A port, and a VGA port. There’s also an optical port back there for those older sound bars. 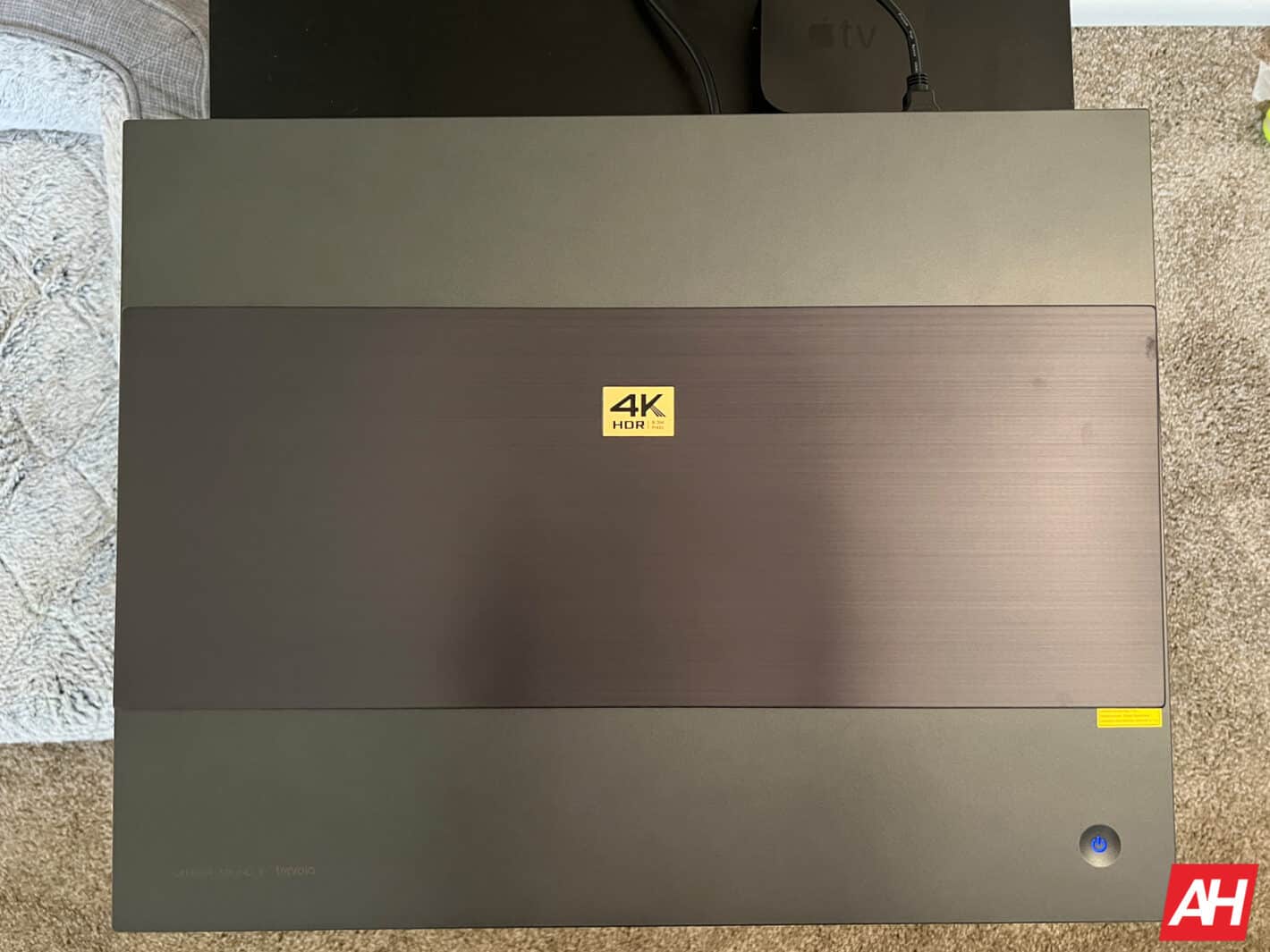 Now, honestly, that’s not a lot of ports for stuff. Especially since there is no Android TV (or any other software) built in. Meaning you are going to need to use one for a streaming device at all times. BenQ does include a streaming stick that’s based on Android TV, which we’ll touch on more in a moment. But that leaves just one HDMI port, which you might want to use for a sound bar. So that’s a pretty big issue for those that want to make their own entertainment system.

On the front, there is the speaker, which actually sounds quite good. Honestly, I never felt the need to use this with a Sonos soundbar, which I would normally want to do. But then again, its in my bedroom and not the living room – where I’d want the best audio experience.

The top has the power button, and that’s it. It’s pretty minimal, which is completely fine. It’s also worth noting that you can turn it on and off with your streaming device’s remote. Though it may not always turn off. And that’s where the comically large remote that comes with the V7050i comes in handy. 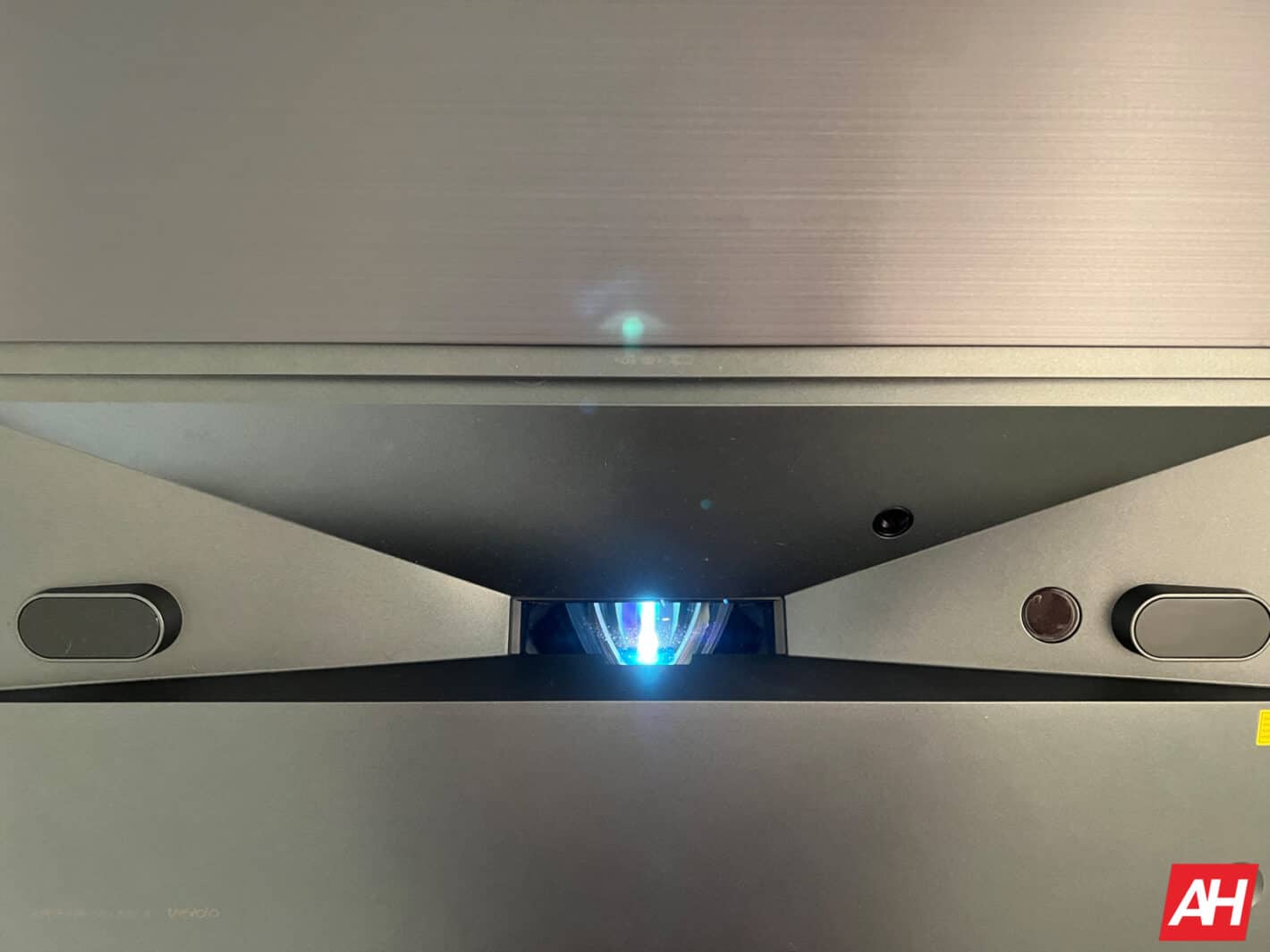 I kept the V7050i on the Bright Cinema picture mode, which kept the colors looking great, and kept it bright without blowing anything out. Color accuracy is pretty impressive here. Now, it’s not quite as good as my 65-inch Hisense Android TV, but no projector will be that good.

This is an UST projector, which means it can be about 4-inches away from the wall for a 80-inch picture. Or up to 13 inches away for a 123-inch picture. I kept it at about 100-inches of projector goodness. Which is quite nice to have, and it fills up the entire wall.

Unlike some other projectors I’ve seen, there’s no rulers in the back to help you get the right distance, and keep the projector straight. So you’ll want to turn it on and adjust it to your liking. Thankfully all four feet on the V7050i are adjustable. So you can make sure it is flat as well. 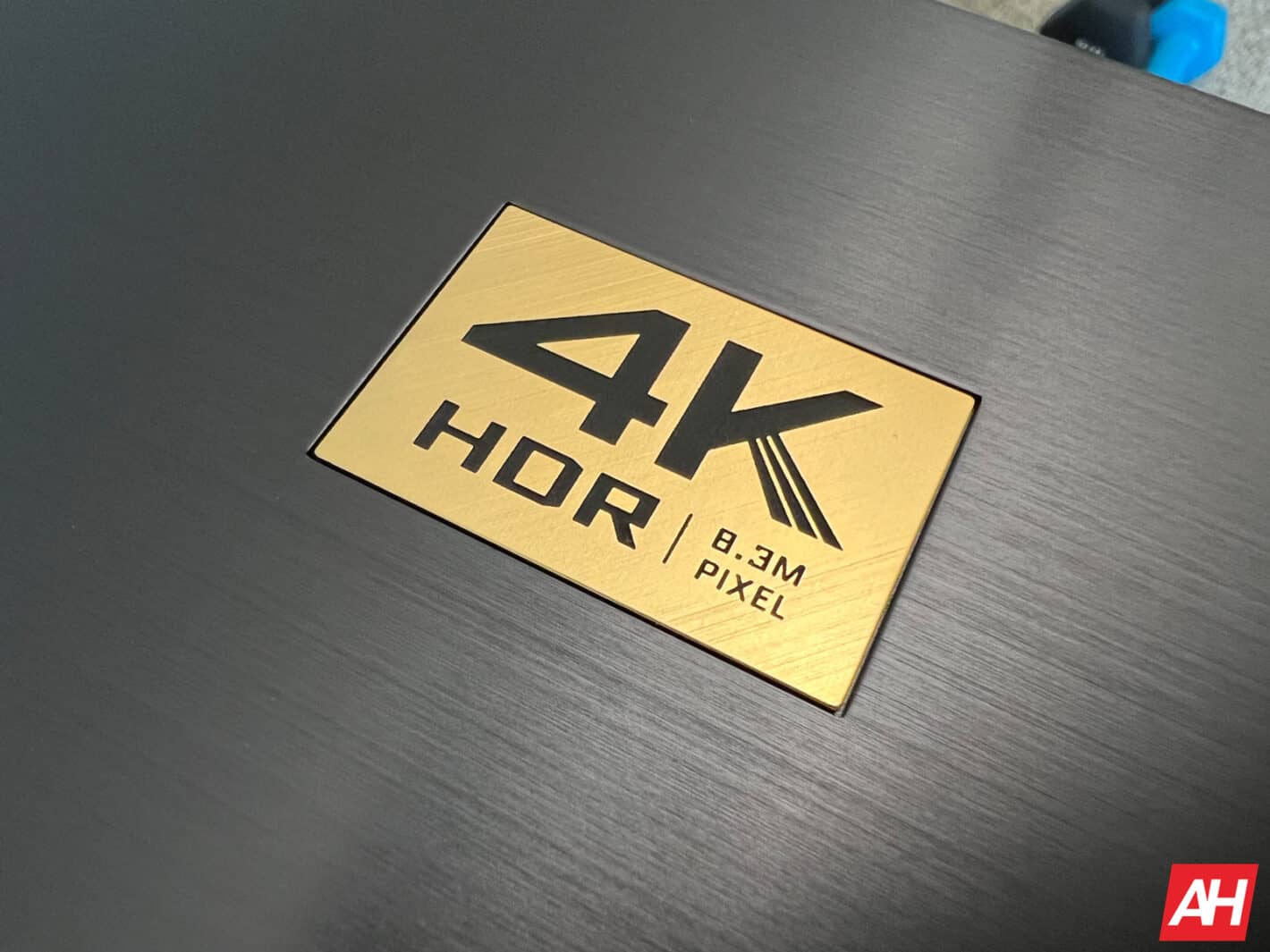 The only issue I’ve had with the picture quality is that, HDR doesn’t always kick on. Watching HDR videos on YouTube and various other apps doesn’t always kick on the HDR mode for the V7050i. It’s not a huge deal, but where this is a 4K HDR projector, you kind of expect that to work as it should. Basically, HDR is always on auto, and you can’t really force it on. Which may be a dealbreaker for some.

It’s not good for gaming

If you’re a casual gamer, then you might be okay. But for serious gamers, this projector is not for you. And that’s okay. BenQ did not design this for gaming. Lag rates are around 70ms to 80ms depending on if you’re using 4K or 1080p resolution. And the frame-rate isn’t great either, at just 60Hz. So you’ll want to stick to your expensive gaming monitor.

It has Android TV, sort of

BenQ d0es not load any software on the V7050i, instead it includes an Android TV dongle. It’s a straightforward dongle, but I wish it was built into the projector.

When I saw that BenQ included a dongle, I figured this was how they were getting around the weird Netflix issue where most projectors are not certified for Netflix. But nope, that’s not it. Basically, Netflix will only certify devices that will sell over a million units, most projectors won’t sell that many. And this is for each model and not each brand.

Honestly, I used the dongle for a few minutes and then plugged in my Chromecast with Google TV. Since it does have Netflix. Thankfully, that is a possibility with two HDMI ports on the back. And the USB port is also powerful enough to power the Chromecast too.

It’s a good idea, but it would be better if BenQ included something that does have Netflix, like maybe a Chromecast with Google TV, or a Fire TV Stick.

Is this a dealbreaker? No. At least not in my opinion. That’s because you likely already have at least one other streaming device in your home. That you can plug into your new projector. Or you could get a Roku stick for under $30. Which is not a whole lot to spend here.

Should I buy it?

Now, the big question. Should you buy the new BenQ V7050i projector? That’s a tough question. While it is my favorite projector right now, it’s still hard to justify over three thousand dollars for this projector. It normally retails for $3,499, but it is on sale for $3,299 right now. Which makes it a bit easier, but still pricey. 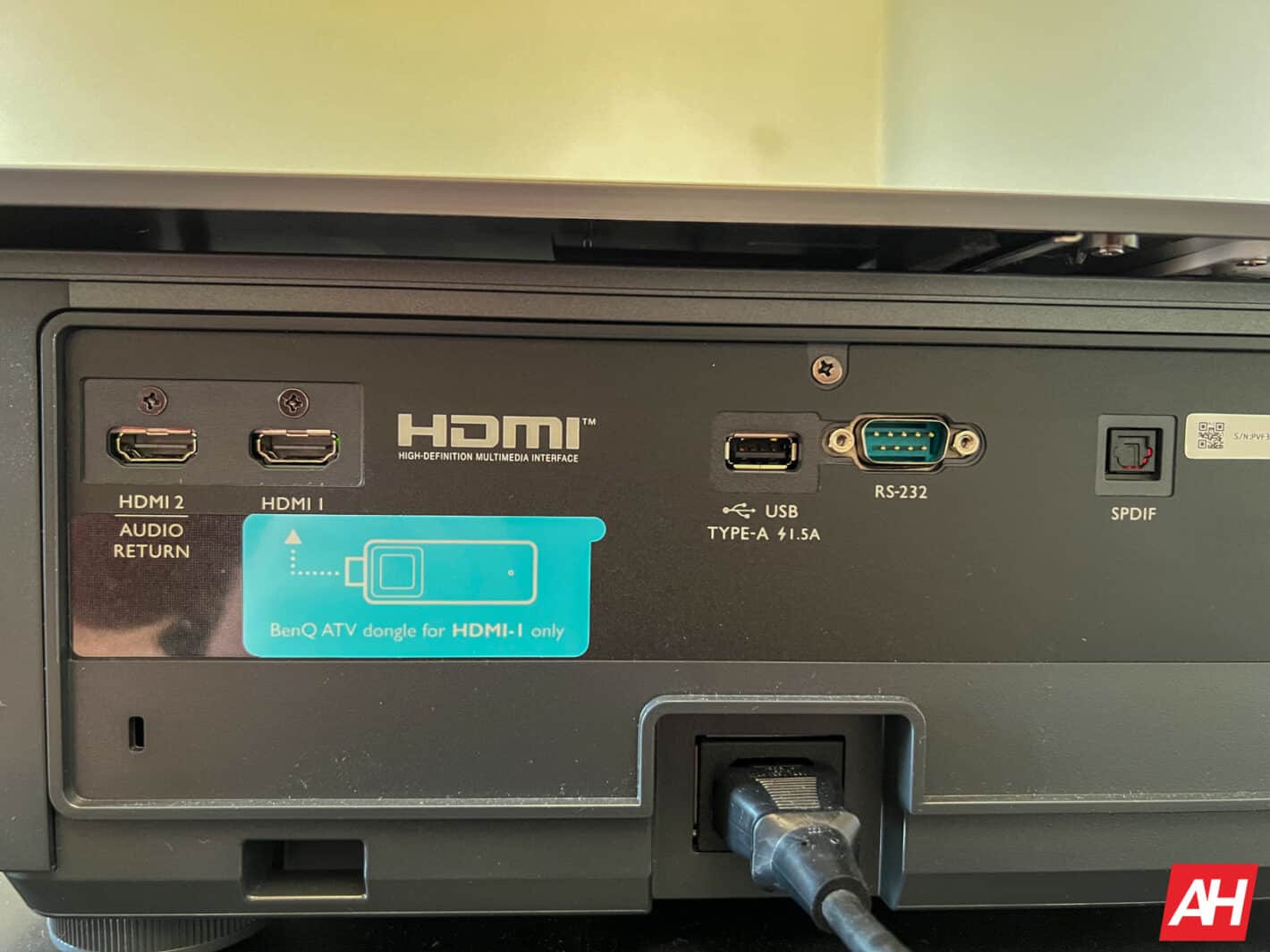 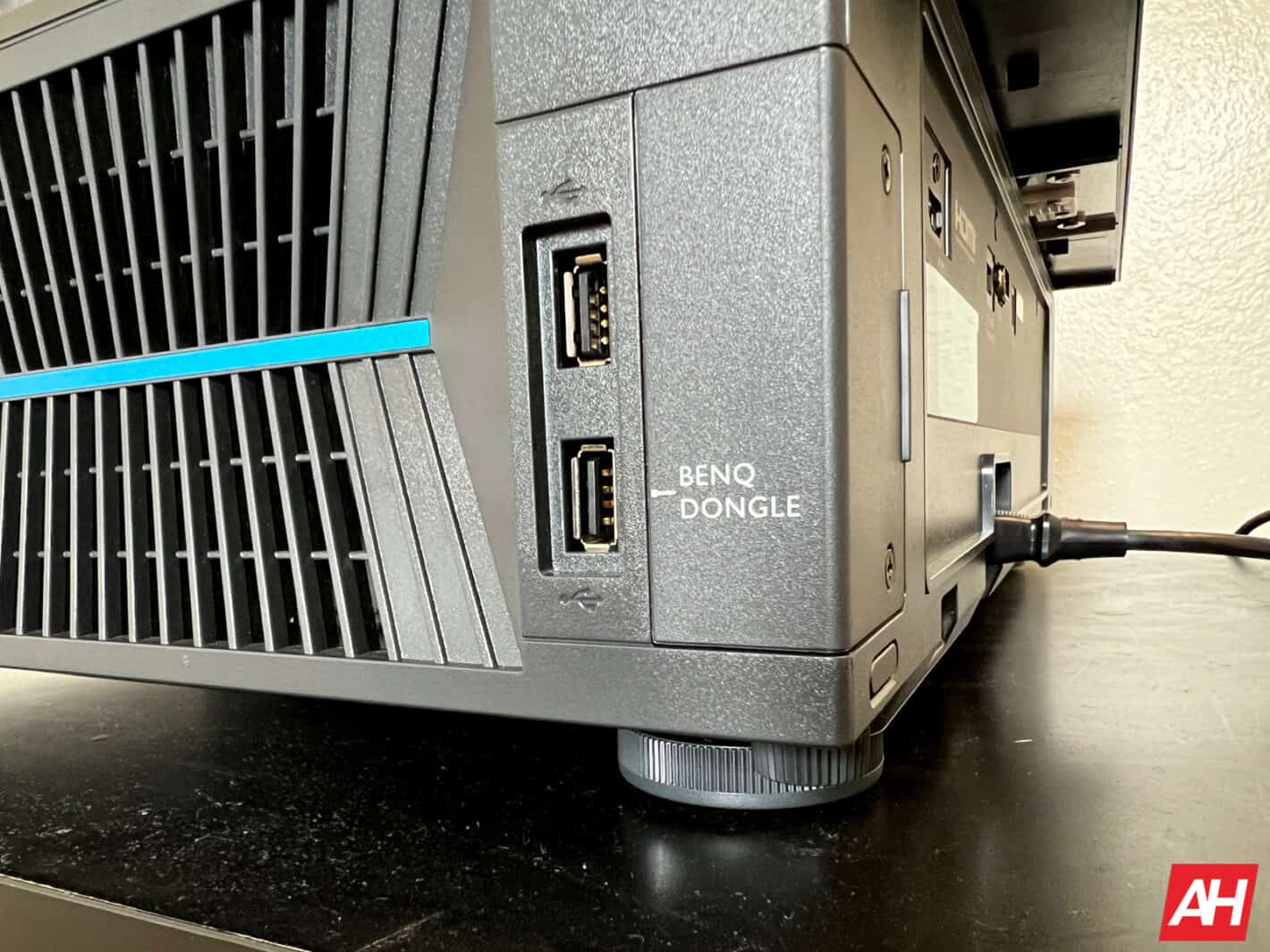 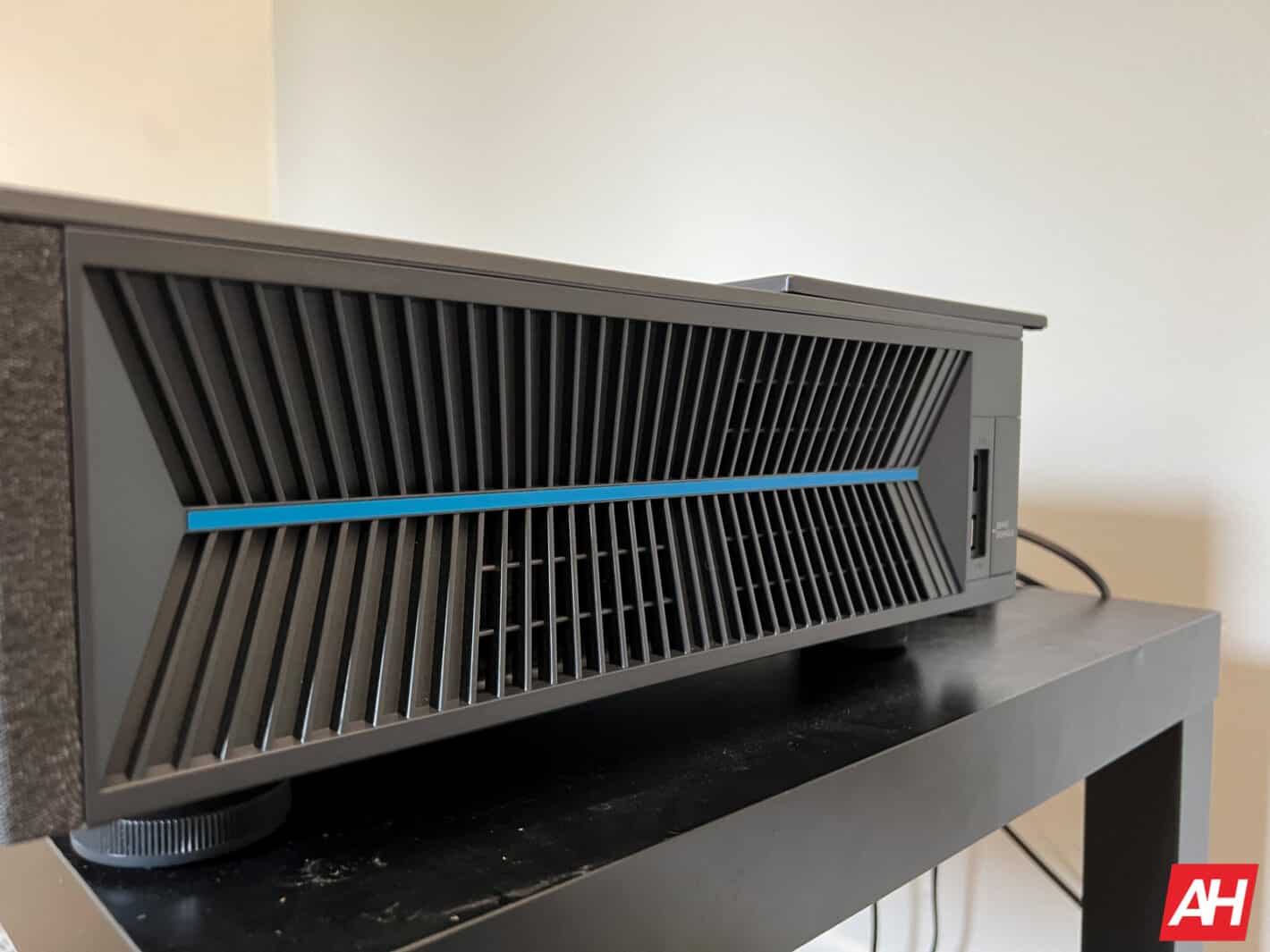 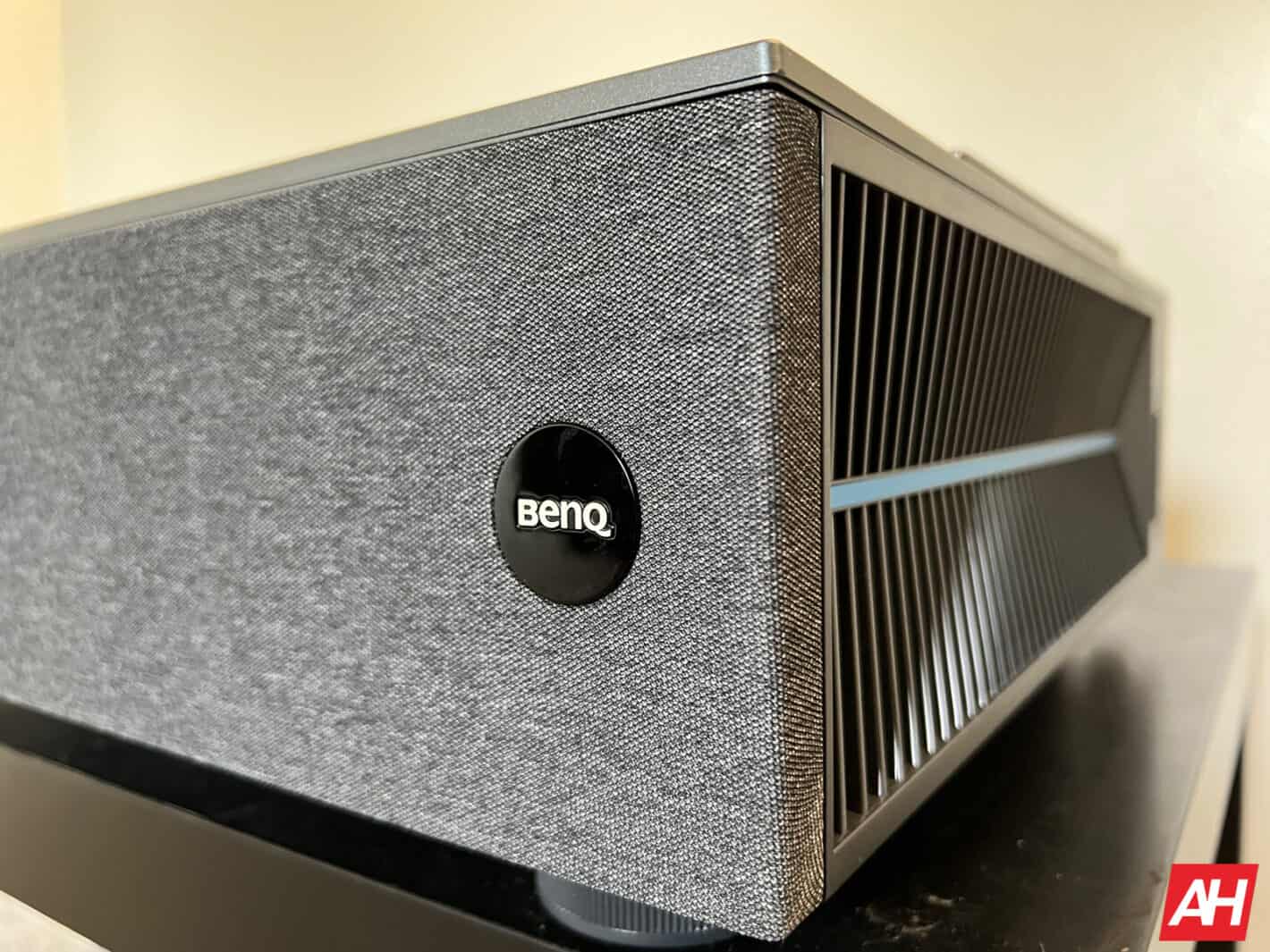 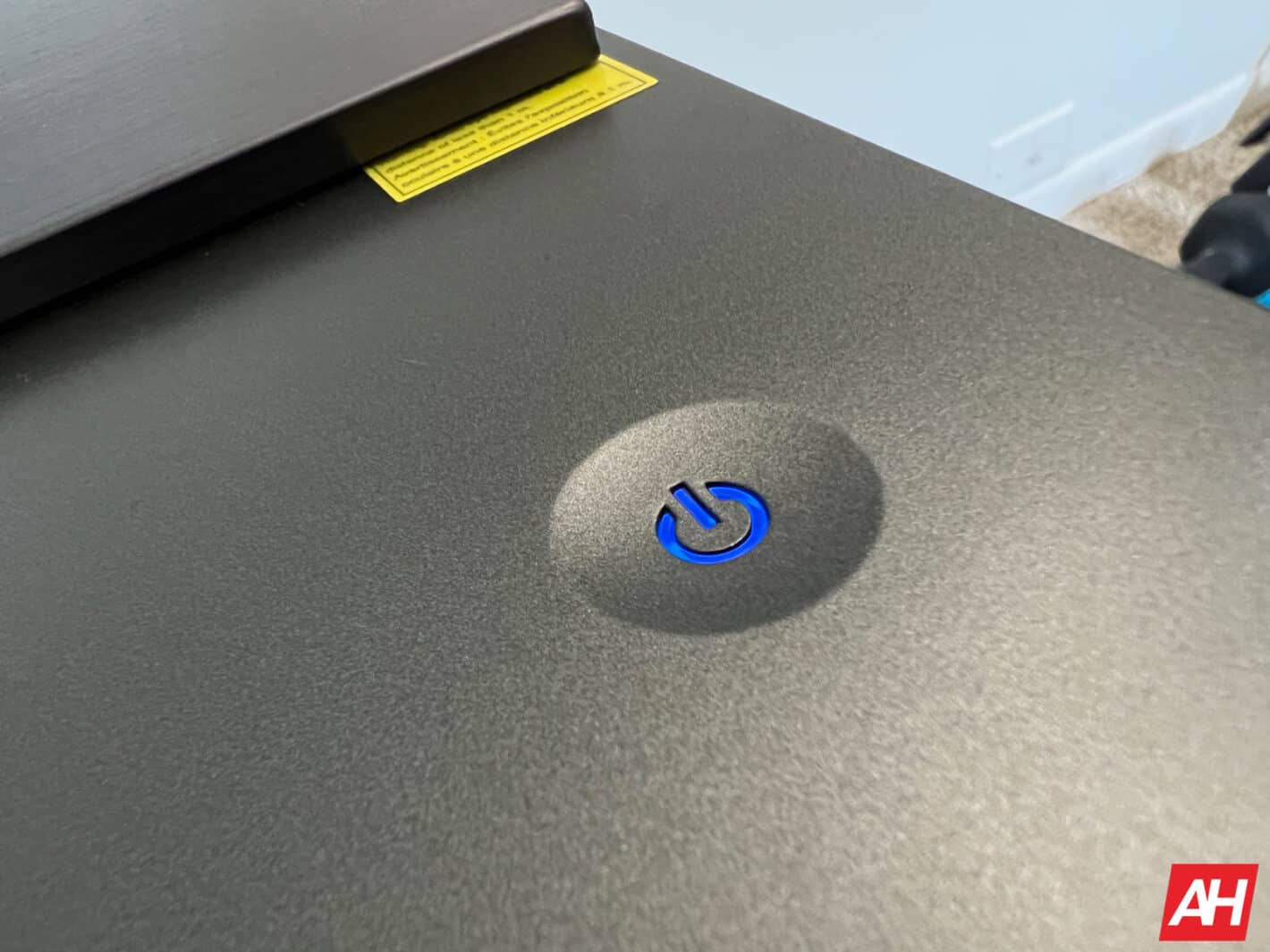 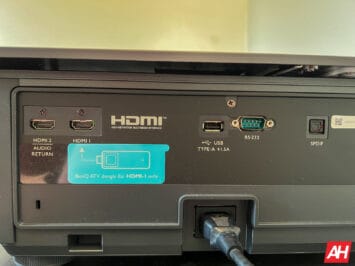 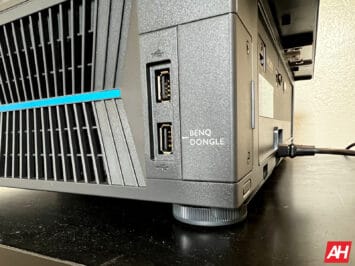 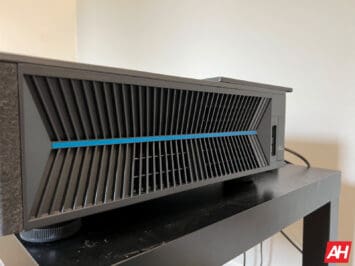 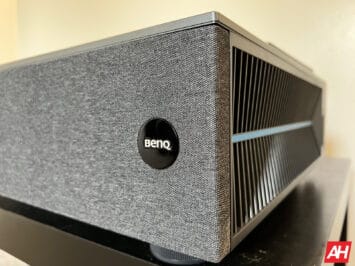 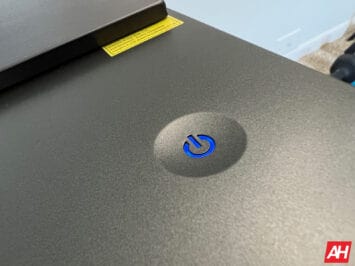 One thing to remember is that UST projectors are not cheap. They are pretty pricey, and most of the good ones are near this price range. While you may find others that are cheaper, from companies like WeMax or XGIMI, remember that they are newer companies. When you’re spending this kind of money, you want to make sure it’s a quality company, and one that will stick around. BenQ has made countless projectors, monitors and other products in the past. So I kind of trust them a bit more, and that the quality of this product will be good.