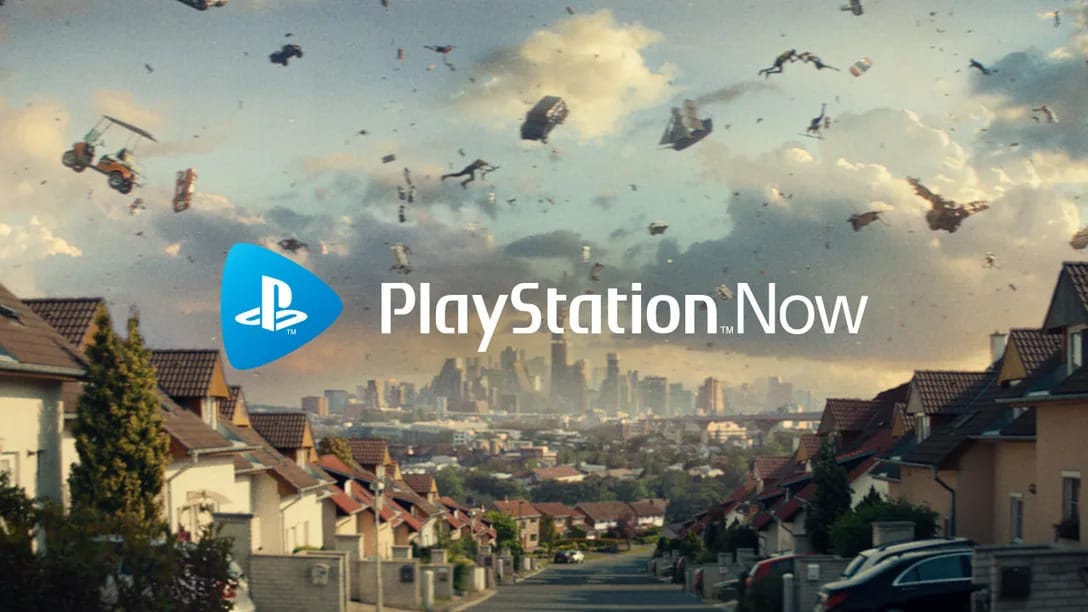 In short PlayStation Now is Sony’s streaming service. You pay a certain monthly fee and you get access to a rotating library of games to play. There’s more to the service than that though.

This handy guide breaks down all of the details. From price to features to compatibility. If you’re a big Sony PlayStation fan, then PlayStation Now is definitely a service worth considering. Especially because it gives you more ways to enjoy PlayStation favorites.

What is PlayStation Now?

You can stream or download games and play them on either the PS5 or the PS4, or on Windows PCs. All you need is a working internet connection and to pay the monthly cost. Sony then will lavish you with hundreds of different games to play.

Whether or not you decide to play as many as possible is up to you. But they’re there if you want them.

How many games does the service have?

The service has over 800 games that you can access if you subscribe. Which is quite a lot and probably way more than most people are going to play. The games are a mix of old and newer games. Spanning most generations of the PlayStation console including PS2, PS3, and PS4.

Sony also rotates out titles from time to time not too unlike Microsoft does with Xbox Game Pass. Some titles offer ongoing access for an undetermined amount of time. Which means Sony either intends to keep those titles where they are for good or it just hasn’t decided to swap them out yet.

Some games which are available as ongoing for now include newer titles like Rage 2 and F1 2020. Meanwhile titles like Kingdom Come: Deliverance have been removed from the lineup as of May 3, 2021.

Sony changes the lineup of games slightly every single month. But the rough number of available options is usually around 800 or more. This includes games like Horizon Zero Dawn, Injustice 2, the Uncharted series of games, DOOM, Wolfenstein The New Order, and Wolfenstein II: The new Colossus, just to name a few.

Some of the latest titles that have joined the service are Red Dead Redemption 2, Judgement, and Nioh 2. These three games were added to the lineup for the month of July, beginning on July 6. But, they weren’t alone. Sony added even more games to the PlayStation Now lineup for the same day. Including Moving Out, God Of War, Olympic Games Tokyo 2020, and Nascar Heat 5.

For the month of August, Sony added Nier: Automata, Ghostrunner, and Undertale. With access having opened up on August 3.

New PlayStation Now games for the month of March, 2022

PlayStation Now is getting some great games for the month of March. This includes Shadow Warrior 3, Crysis Remastered, Relicta, and Chicken Police – Paint It Red!.

PlayStation Now games that were added in February, 2022

This month, Sony is adding Grand Theft Auto: Vice City – The Definitive Edition, Little Big Workshop, Through the Darkest of Times, and Death Squared. So, it’s a smaller month than January but admittedly still some decent titles.

PlayStation Now games that were added in January, 2022

PlayStation Now games that were in December, 2021

PlayStation Now games that were added in November, 2021

A new month means new games for PlayStation Now subscribers. And this month there are at least four new games being added. Sony has announced that subscribers will be able to play Final Fantasy IX, Mafia: Definitive Edition, Totally Reliable Delivery Service, and Celeste. Now, since it’s already November 9, that means these games are already available. So you can dive in right now.

PlayStation Now games that were added in October, 2021

Sony’s games for October includes a diverse variety of genres and more than a couple of titles. You’ll find the service now offers big hits like The Last Of Us Part II, as well as Final Fantasy VIII Remastered. Other titles include Amnesia: Collection, Fallout 76, Desperados III, Victor Vran: Overkill Edition, and Yet Another Zombie Defense HD.

What devices are compatible with PlayStation Now?

PlayStation Now is compatible with the PS4, the PS5, and Windows PCs that are running on Windows 10, Windows 8.1, or Windows 7. You will need the PS Now app installed into your Windows PC if you’re going to access games through it.

On the PS4 or PS5 consoles, the service will already be available out of the box and you’ll just have to sign up or log in. You cannot use the service on smartphones or tablets right now.

Which makes it way less portable than other cloud gaming services. Though you can use it on Windows laptops, so there is at least some portability there as long as you can get an internet connection for the laptop.

How are games played?

You can either download and install the games you want to play, or you can stream them over the internet. Though you need a much more reliable connection with a decent enough internet speed for the streaming to work, it keeps your console’s storage free of any other games.

Which is a nice thing to have for the PS5 as it already comes with a storage drive that is very easy to fill up. If however your internet is not the best experience for streaming games, then you’ve got the option to install them on your console and play them as intended. Like normal games you purchased.

How much does PlayStation Now cost? 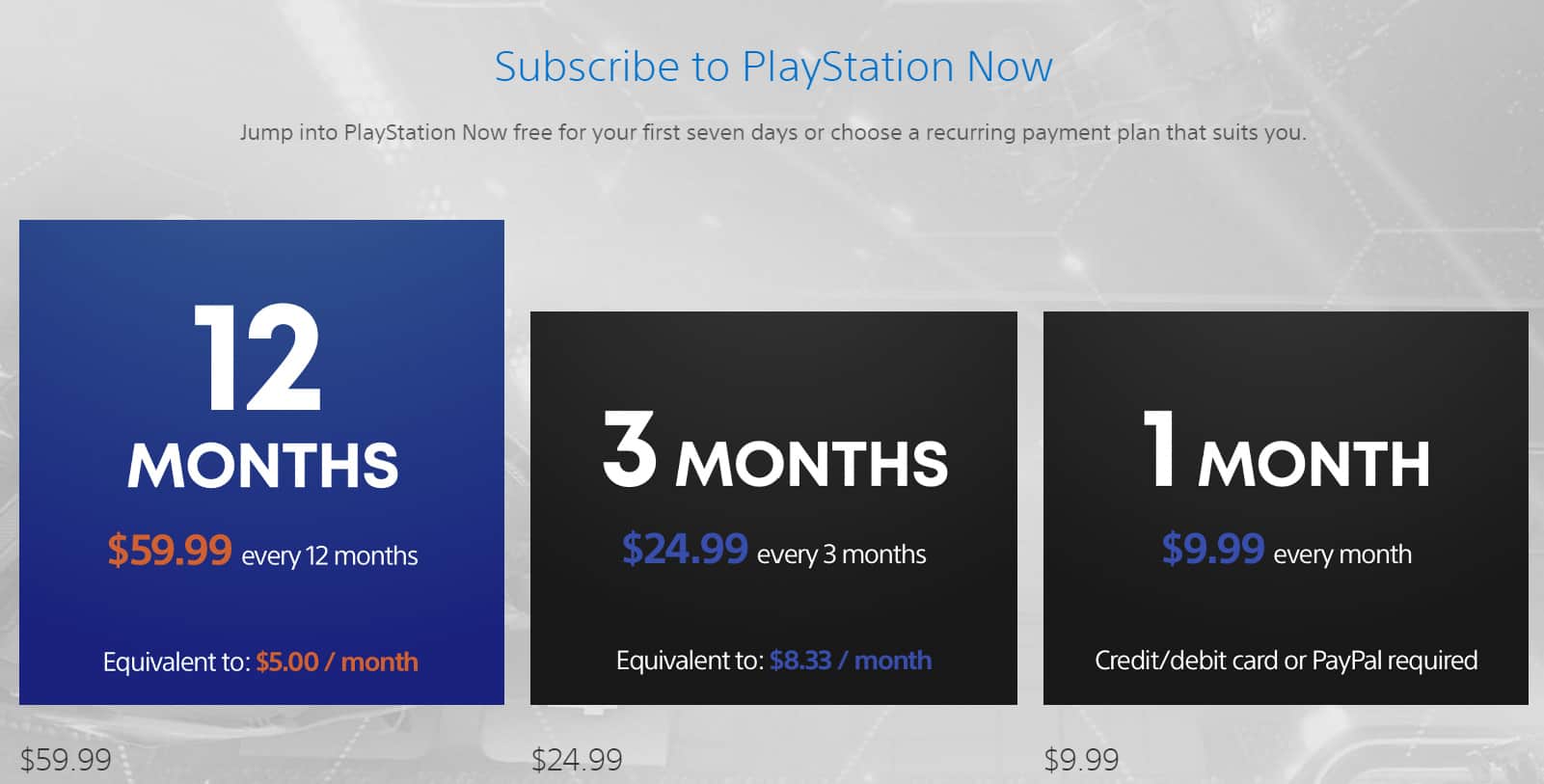 PlayStation Now is priced really rather similarly to other competing services. It also has varying price points available.

If you’re planning to keep the service for an entire year, you’re much better off getting the 12-month subscription as you’ll save more money. And it becomes a much better value at that point. There’s also a 7-day trial of the service available so you can check it out before you commit. Though this is only for first-time subscribers.

Are games 4K and 60 frames per second?

Streaming games are only available at up to 720p resolution and only with stereo audio.

You can however download over 300 of the available titles on the service to the PS4 or PS5. And those games will be available in up o 4K resolution if you have the PS4 Pro or the PS5. This should also open them up to surround sound if you have that type of audio system set up.

What are the recommended internet speeds?

Sony only recommends that you have at least 5Mbps for download speeds. But you’re always better off having faster internet than that. And in most cases, people will.

It’s also highly recommended that if you’re playing the streamed games on your console, that the console is connected to the internet via ethernet instead of wireless. As this will ensure a much smoother connection for the games.

What peripherals are compatible?

For the most part, PlayStation Now is going to require the connection of either the DualShock 4 or the DualShock 3. The service is accessible on PS5 consoles as well and you should be able to use the DualSense for that.

On PCs, you’ll need one of the other controllers plugged in through the USB cable. The DualShock 4 can also be used wirelessly with the wireless controller adapter.

It may also be possible to use some Xinput controllers when accessing the service from PC. But Sony says that full support with these controllers is not guaranteed.

Where is PlayStation Now available?

Sony offers the PlayStation Now service in 19 different countries. So it isn’t available everywhere you can get your hands on a PlayStation console.

The countries where you can access the service include the US, UK, Japan, Canada, Austria, Belgium, Denmark, Finland, France, Germany, Ireland, Italy, Luxembourg, Norway, Portugal, Spain, Sweden, Switzerland, and The Netherlands.

Sony may look to expand the availability of PlayStation Now to more countries in the future. But for now you must live in one of these regions to have access to it.

Will PlayStation Now ever expand to new devices?

Sony has not made any announcements that PlayStation Now would be coming to devices like smartphones, tablets, and Smart TVs.

So it’s safe to assume for now that Sony doesn’t have any plans to expand the compatibility of the service. That does not mean that it won’t. Just that it has not currently expressed plans to bring the service to more devices.

This may be because it’s not ready to expand it, or because it has other plans for the future of PlayStation Now. 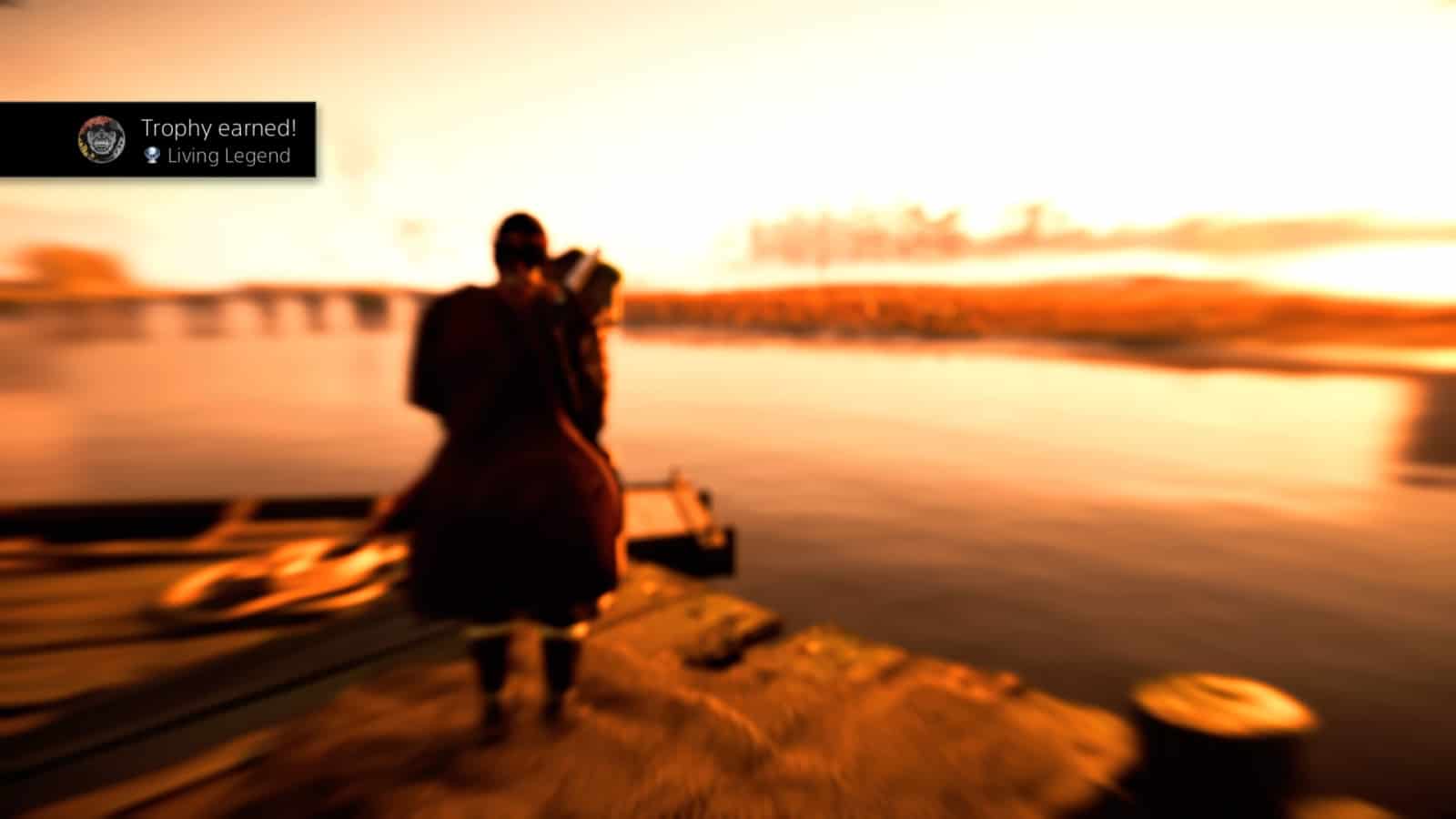 Yes. All games that are included in PlayStation Now that support trophies will support the trophy system as if the games were purchased and installed to the console like normal.

This means you can play them through the service and earn the trophies as if it were an owned game.

Is there support for multiplayer games?

If there is a game that has multiplayer modes in it, and it’s a game that’s on PlayStation Now, then you can play those modes whether you stream or install the game.

And if you’re playing the game with a friend then you can still party up together as you normally would.

Can I carry my save data between devices?

Yes. If you play PlayStation Now games on PC as well as on your console, you can keep your save data and bring it with you.

The service will save all of your game progress in the cloud, and you can pick up where you left off no matter where you play. This lets you easily jump from playing on your PS4 or PS5 at home to a laptop should you need to leave the house but still want access to your game.

However, if you stick with the streamed version and are moving between PC and console, you will not have to transfer any save data.