Google’s Pixel Launcher has been around for quite some time now. At first, we didn’t really complain much about it, as it worked perfectly fine, and it was understandable it wasn’t packed with features. Many people thought that will come in time. Well, it didn’t. This launcher has been around since 2016, so it has been on the market for 5 years, since the arrival of the original Google Pixel. We’re not on the Pixel 6 series, and that launcher is still… well, barebones. We can say that the Pixel Launcher doesn’t need new features, it needs ones that it never had.

What does that mean? Well, there are a ton of Android launchers out there, which presented tons of great features over the years. Some of those features are so good, that pretty much every launcher should have them, especially one coming from Google. Nova Launcher is a great example. That launcher has been around for ages, and is packed with features. The same can be said for Action Launcher, Smart Launcher, Lawnchair Launcher, and so on. Now, just to be clear, I’m not saying that Google should adopt all those features, not even close. Each of those launchers has a ton of features, and Google doesn’t need them all.

What Pixel Launcher needs, however, are some key features, as it’s really not a joy to use in its current form, which we’ll talk about soon. What makes it even worse is that Pixel phones don’t play nice with third-party launchers at the moment, that goes for both Android 11 and Android 12, unfortunately. So, what’s the issue? Well, you can still install a third-party launcher on your Pixel phone, and set it as default. You’ll be fine if you use on-screen buttons, but if navigation gestures are your thing, well, that’s a problem. Using a third-party launcher basically breaks navigation gestures on Pixel smartphones. They will still work, but not well. The animations will be jittery, and almost every time upon return to the home screen, your launcher will redraw, which is immensely annoying, and it basically makes it unusable.

Even if this wasn’t the case, we’d still be making this article. This issue only makes the issue all that much more annoying, as Pixel users can’t really use third-party solutions to add extra features to their phones. That is the whole point of Android, so it’s understandable if you’re annoyed by this, I know I am. Developers of third-party launchers have been complaining about this issue for a long time, and we were hoping it will be fixed in Android 12, but it wasn’t. So, that’s basically a non-Pixel Launcher “feature” (or should I say bug fix) we’re expecting in the future, a fix for this problem. It is also an issue on other smartphones with Android 11 and Android 12, if respective OEMs didn’t fix it. It’s a problem on quite a few phones, that’s for sure. Now that we got that out of the way, let’s talk about features themselves, shall we.

What features does the Pixel Launcher offer?

As already mentioned, Google’s launcher is quite light on features. Still, it does offer some. For once, it allows for Notification dots. Whenever you have a new notification for an app on your home screen, you’ll see a red dot on it. That is useful, of course. You can also enable swipe to access the Google app, and enable home screen orientation, so that you can use it in landscape mode. Pixel Launcher also allows you to swipe downwards to call upon the notification shade.

On top of that, you can enable “Themed icons”, which are currently in beta, and don’t really work all that well. This feature changes only icons for Google-made apps, so it’s not particularly useful now. Google also decided to allow you to change the app grid, but the options are limited. You can choose between 2×2, 3×3, 4×5, 4×4, and 5×5 grids. You don’t have an option to choose whatever you want here. There is no option for 2×5, for example, or 8×8, which is perhaps something that people would rather have. 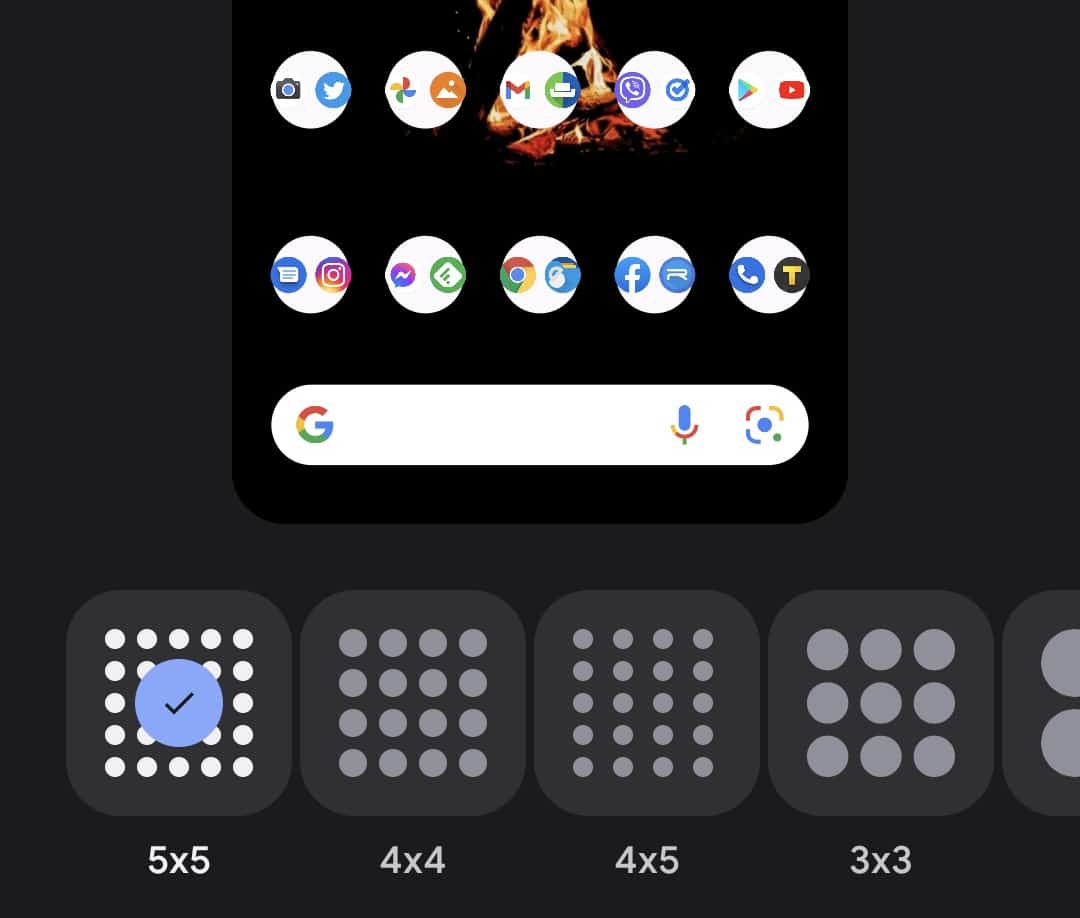 Along with all of this, Pixel Launcher can pick colors from your wallpaper, and alter the UI based on that. This feature sounds great, but the implementation is not the best. Also, it’s lacking options. We talked about this (Android 12’s theming system) quite recently, actually, if you’d like to take a look.

What can Google do to improve Pixel Launcher experience?

So, what is Pixel Launcher lacking? What could Google add to significantly improve user experience, and not go overboard with unnecessary features. We’ll make a list below. Do note that all of these features are already available on a ton of other launchers in the Google Play Store. 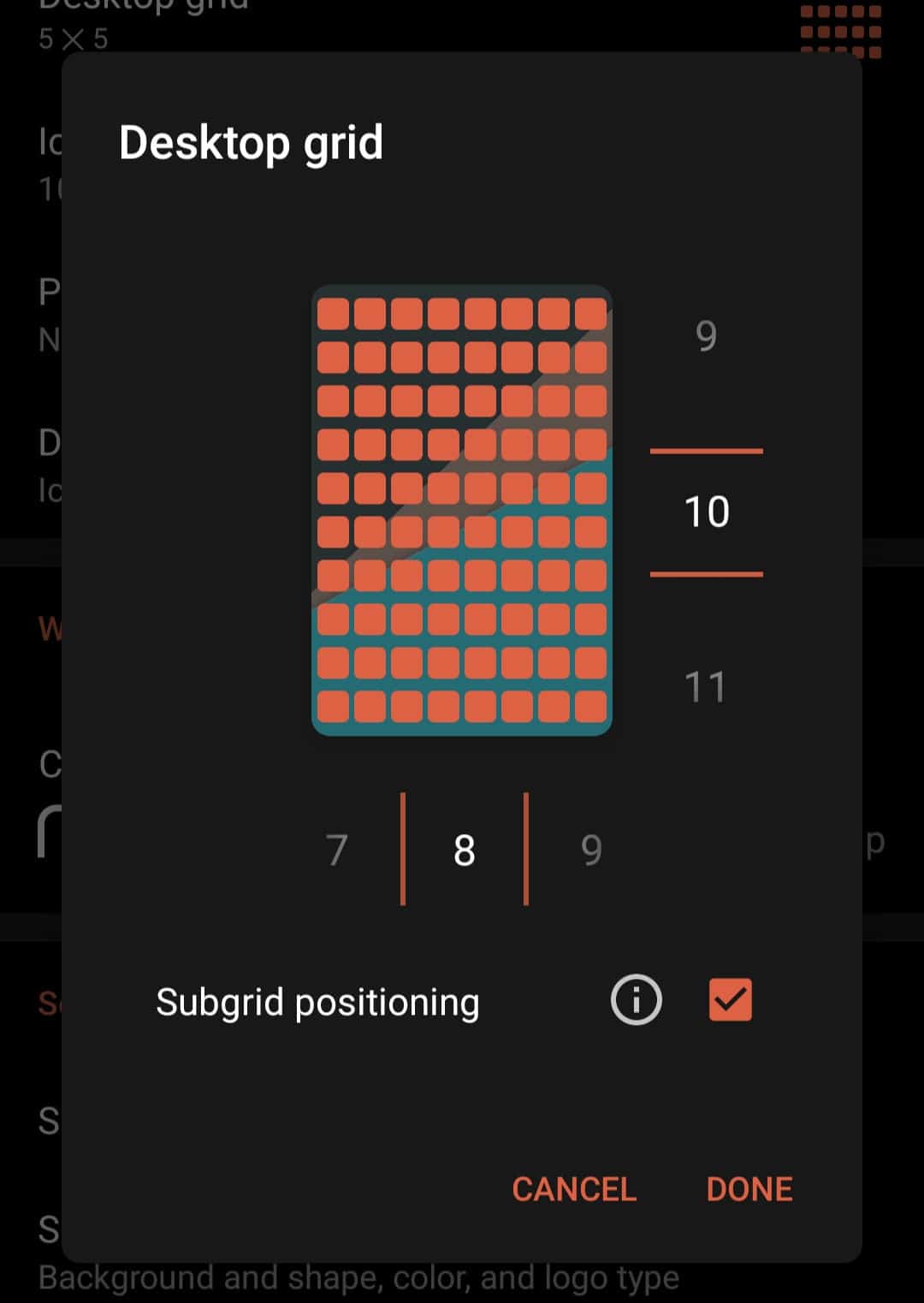 As mentioned earlier, Google is offering several options for app grids. The thing is, many users are used to something else, they’re used to having more options. So, Google, allow users to choose for themselves. Allow them to place a ton of icons on the home screen if they want. Allow them 8×8 grids, or 2×8 ones, or whatever else. This requires a limit, of course, so anything up to 10×10, for example, should be alright. 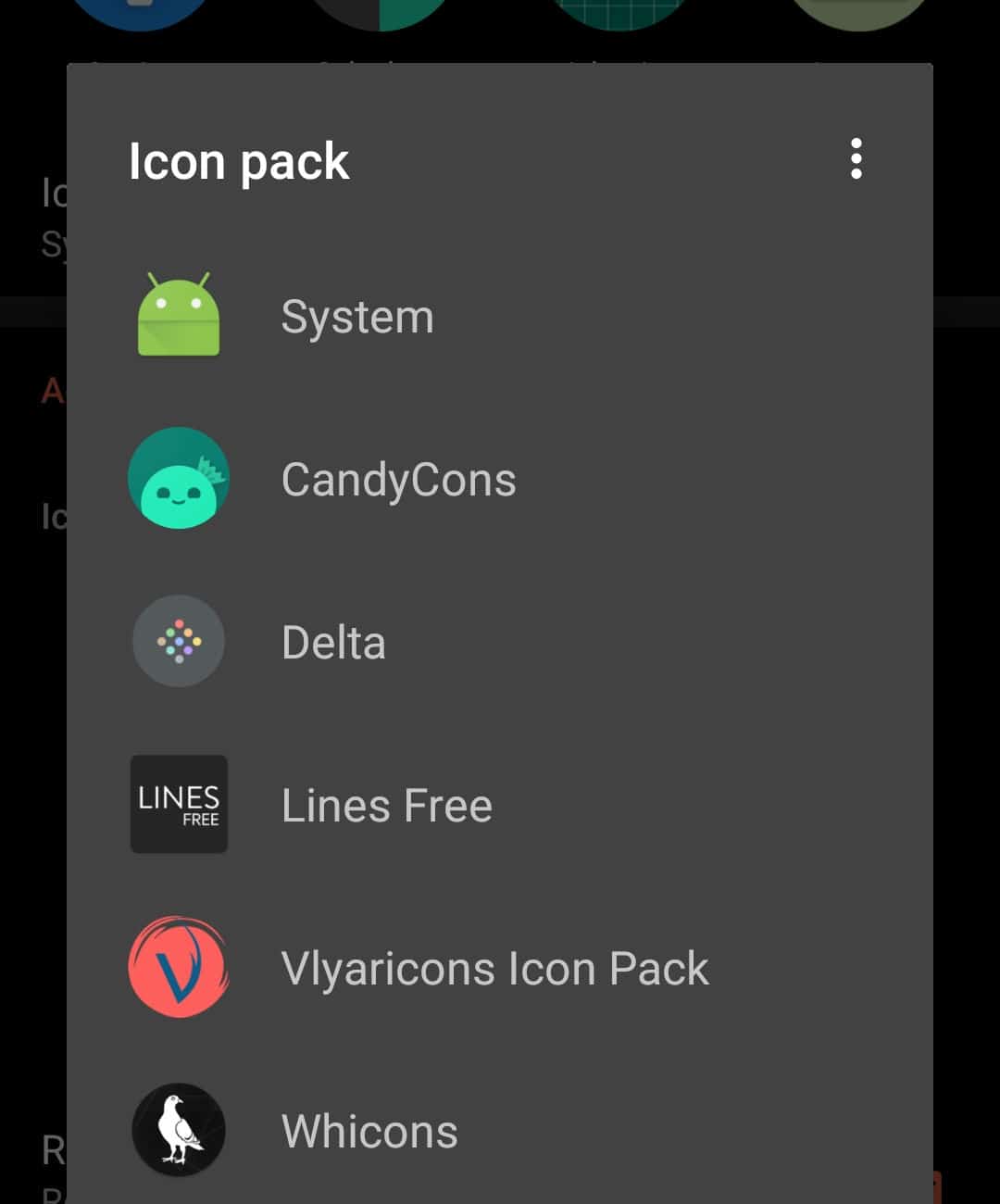 One of the main benefits of installing a third-party launcher is the ability to utilize icons packs. There are tons of icon packs available in the Google Play Store, so why not take advantage of that? This is one of the best ways to refresh your setup, and make things interesting. If people prefer dark icons, allow them to choose. If they want to include square ones that look flat and colorful, allow them to do that. Google’s own app store has plenty to choose from in that regard, and it’s a real shame Pixel users can’t take advantage of that.

A number of smartphone OEMs allow users to choose custom accent colors. OnePlus is the first that comes to mind, actually. Google allows you to change custom colors, kind of. Its theming system can choose colors from the wallpaper, and set accent colors based on that. Recommendations that it pulls out are bad, plain and simple. It does allow you a couple of choices based on that, but it usually picks completely wrong colors. Some added options regarding this would be appreciated. 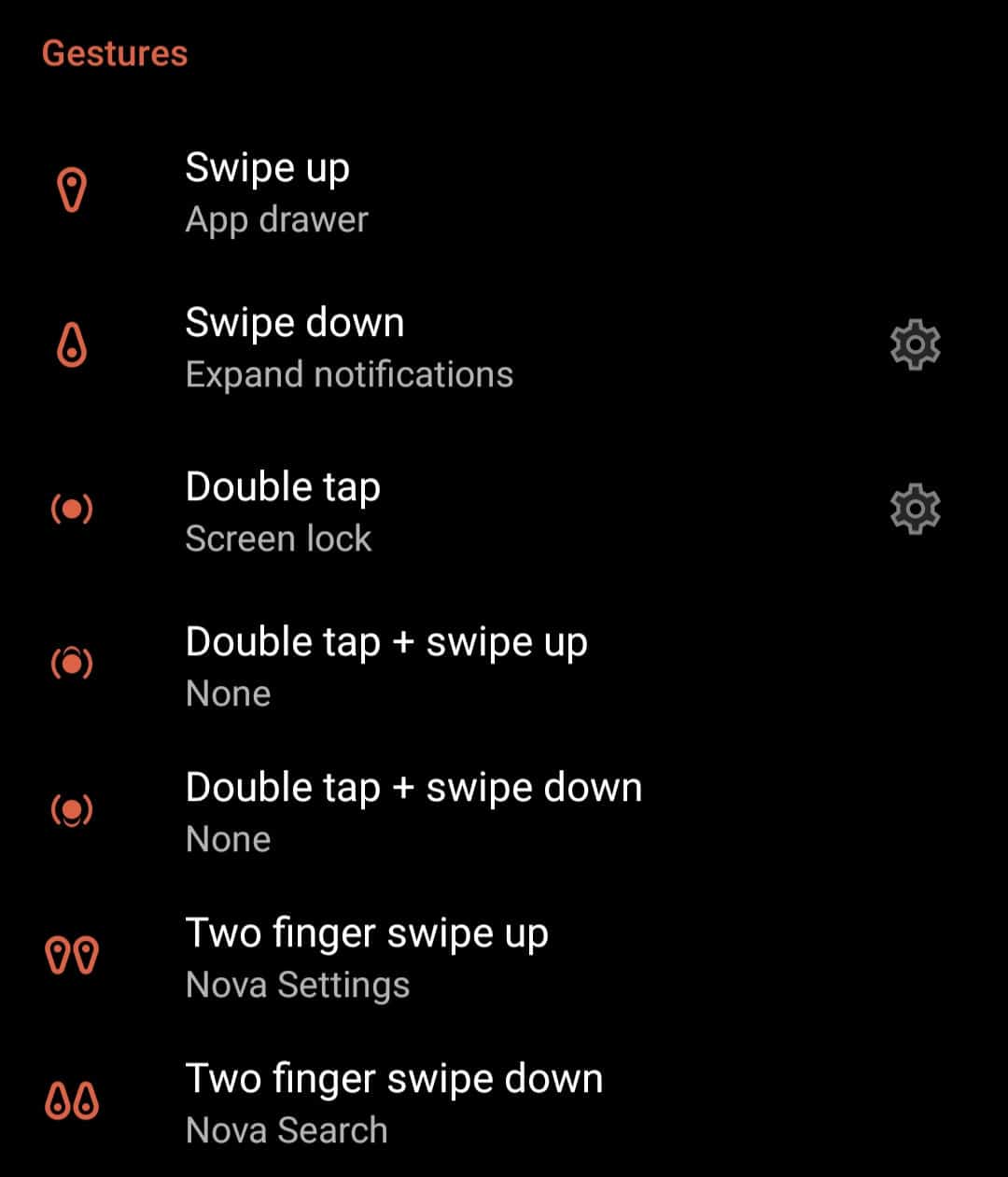 Granted, the Pixel Launcher does support gestures, to an extent. It allows you to swipe downwards to call upon the notification shade, while the swipe up opens the app drawer. You can also activate the one-handed mode, and add another gesture to the mix. Why not expand upon this, though? Nova Launcher is a great example with a bevy of gesture options, and the same goes for a ton of other launchers. Google doesn’t need to go overboard. Still, it would be nice if we could swipe up or down with two or three fingers to do something. Allow us to choose what to assign to such gestures, as other launchers do. For example, you can set a swipe up with three fingers to open up a split screen mode, while the opposite could open a podcasting app, or something of the sort.

A double-tap gesture is also something that could be added. Many people are used to double-tapping on the home screen to lock the display, why not allow them to do that on their Pixel phone? There’s so much Google can do with gestures, and yet it’s doing the bare minimum. 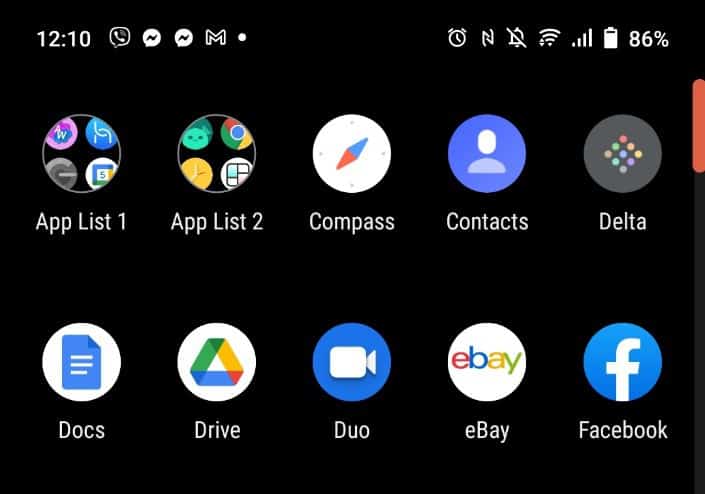 Some people prefer to have folders in their app drawer, for organization purposes. We tend to have a lot of apps installed on our phones these days. Some of them we use a lot, others not so much. Some are for one purpose, others are for something else entirely. Why not allow us to create folders in the app drawer and assign different apps to different folders? On top of that, hiding apps could also be a nice feature to add. 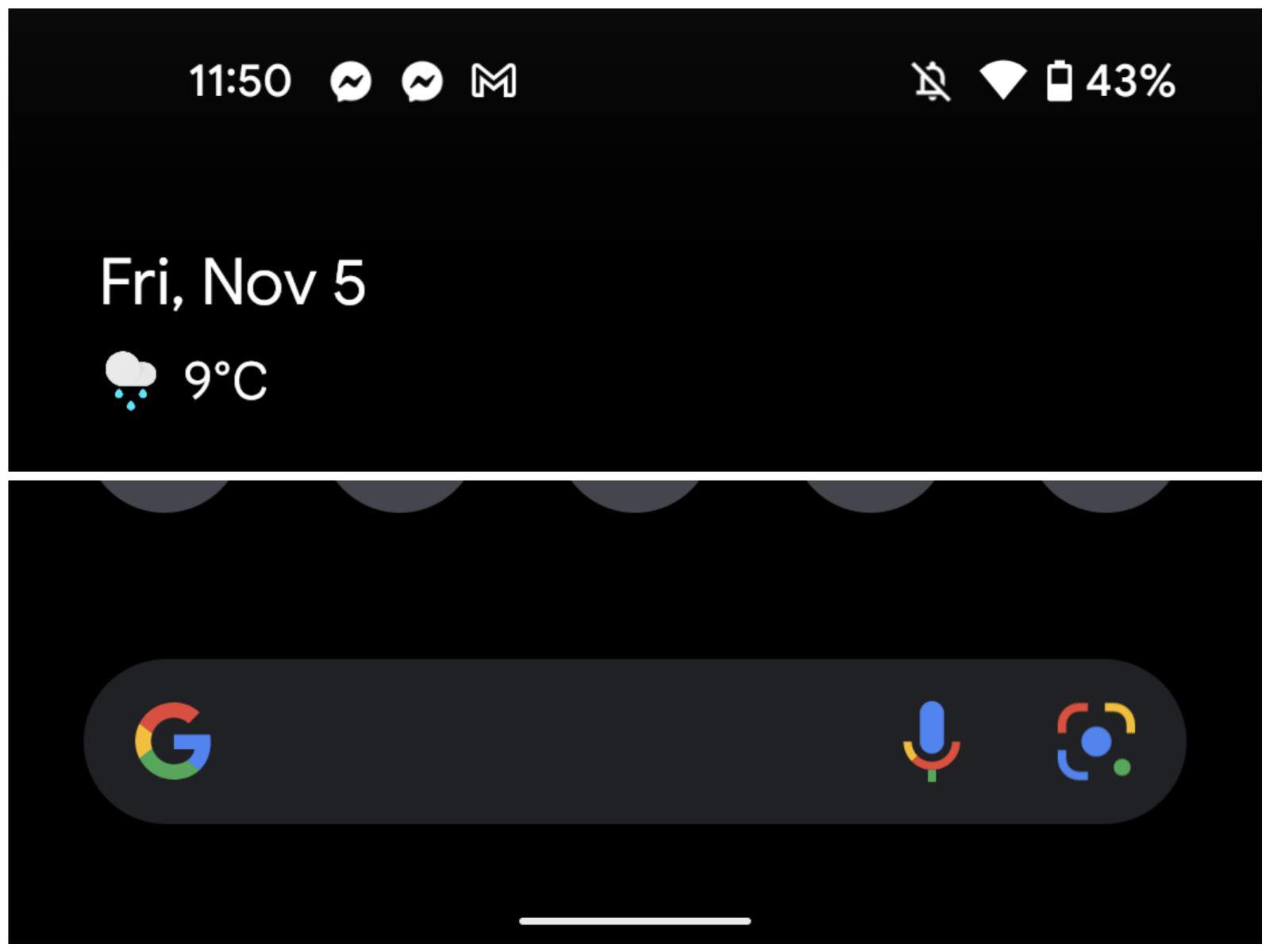 Google is forcing Pixel users to look at the Google search widget on their home screen. You cannot remove it, even if you don’t use it. Many people would like to be able to remove it, so why not let them? This is a really annoying choice that Google made. The same actually goes for the date widget in the top-left corner. It’s there all the time, you cannot remove it. Even if you disable the “At a Glance” widget, the date widget will still be there, but without any extra information. There are a lot of other features that I could have mentioned here. I almost went overboard, and kept on going, but the ones I’ve mentioned are the ones that have the potential of boosting Pixel phones immensely, without overwhelming users. Android is all about customization, it has been that way since the beginning. It’s always one of the main reasons to get it over an iOS-powered device, so why won’t a company that made Android embrace it? On top of that, it also basically blocks third-party launchers from shining on Pixel phones. Google, please, either offer us proper features inside the Pixel Launcher, or allow us to use third-party launchers properly… or, best of all, do both.