Google has finally announced its new mid-range smartphone, the Pixel 6a. The device got announced during Google I/O, as expected. This phone has appeared in many rumors and leaks thus far, and quite a few of them were spot on.

The Pixel 6a is basically a smaller Pixel 6, while its specifications are a combination between the Pixel 6 and Pixel 5(a). It actually seems like a good mix, especially considering the phone’s price tag. More on that later.

Google decided to adopt the Pixel 6 series design here, so this handset looks considerably different than the Pixel 5a. It has a camera visor on the back, thin bezels, and a centered display camera hole. Thin bezels are also a part of the package, of course.

It includes Google’s SoC, and a 90Hz display

A physical rear-facing fingerprint scanner from the Pixel 5a is replaced with an in-display optical one. The Google Tensor SoC fuels this phone, the same chip that is included inside the Pixel 6 and 6 Pro. That is Google’s very first mobile processor, and quite a powerful one.

A 6.1-inch fullHD+ display sits on the front. That is a flat display that offers a 60Hz refresh rate. It’s a bit smaller than the panel on the Pixel 6, but not by much. It’s also not a 90Hz panel as on the Pixel 6. 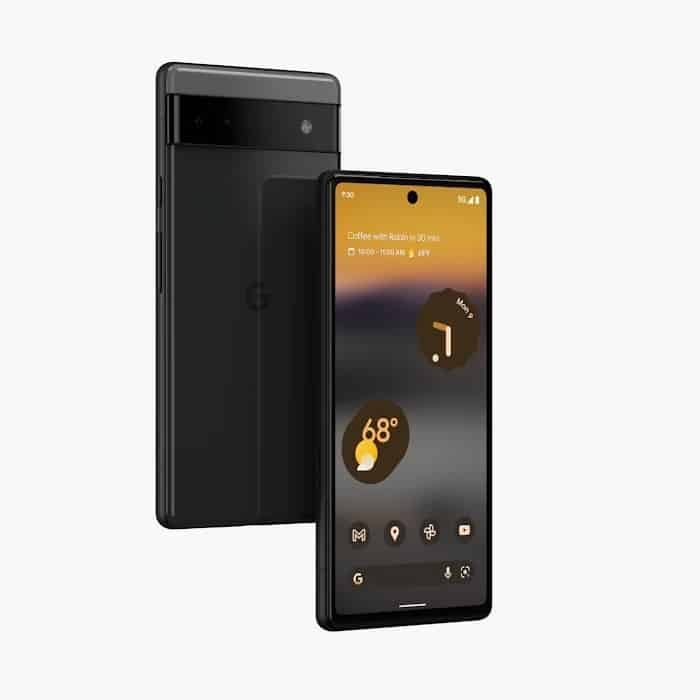 Google also included 6GB of LPDDR5 RAM here, along with 128GB of UFS 3.1 flash storage. This is quite surprising, as older and slower LPDDR4X RAM and UFS 2.1 flash storage were expected. These are great news.

Google opted to include an older main camera sensor, the same as on the Pixel 5a

On the front, you’ll find an 8-megapixel unit (Sony’s IMX355 sensor). Android 12 comes pre-installed on the phone, of course.

A 4,410mAh battery is also a part of the package, while the device supports 18W fast wired charging. It essentially supports the same charging speed as the Pixel 5a 5G, its predecessor. Wireless charging is not supported.

Google promises 5 years of security updates for the Pixel 6a. It will be available in three colors, Black, Gray, and Mint Green. The phone will become available to pre-order on July 21, and will go on sale on July 28. It’s priced at $449.