This time around, we’ll compare the very best of Xiaomi and OnePlus, the Xiaomi Mi 11 Ultra vs OnePlus 9 Pro. These two phones are the most powerful devices these two companies ever released. Both of them were announced in March 2021, and both of them are quite powerful. If you’re in the market for a flagship, you may be considering getting one of these two phones.

They are quite different, actually, so it’s definitely not an easy decision, especially considering their price tags. In this article, we’ll compare the two phones across a number of categories in an attempt to make the decision easier for you. We’ll first list their specifications, and then move to the design, display, performance, battery, camera, and audio categories. Having said that, let’s kick off the Xiaomi MI 11 Ultra vs OnePlus 9 Pro comparison, shall we.

Both of these phones come with a frame made out of metal, but their backplates are different. The Xiaomi Mi 11 Ultra has a ceramic backplate, while the OnePlus 9 Pro’s is made out of glass (Gorilla Glass 5). Ceramic is technically stronger than glass, but it’s also heavier. Speaking of which, the Xiaomi Mi 11 Ultra is considerably heavier than the OnePlus 9 Pro. It weighs 234 grams, while the OnePlus 9 Pro weighs 197 grams. The difference in their display sizes is only 0.11 inches, by the way, and they’re similar in terms of overall size. 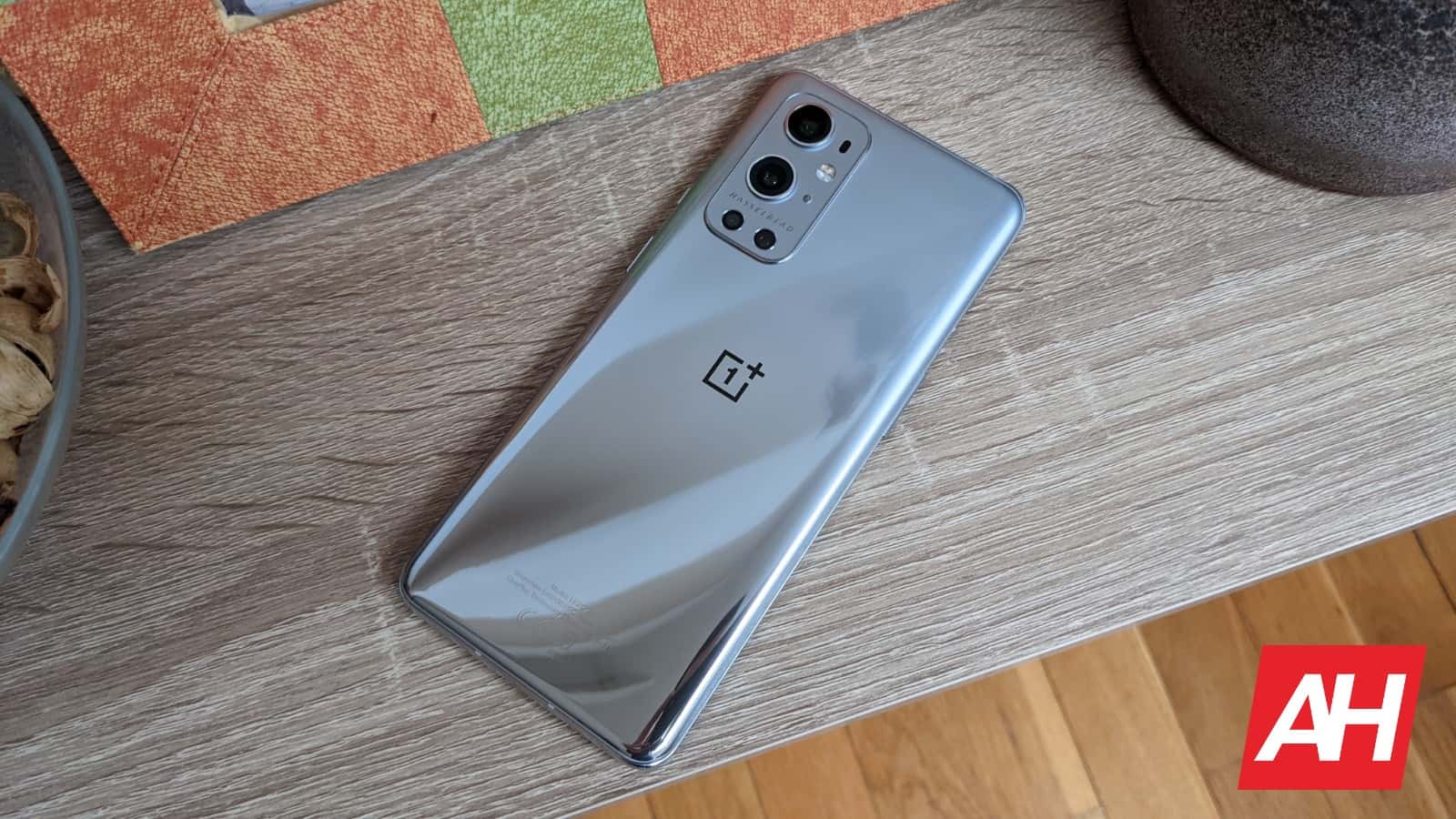 The Xiaomi Mi 11 Ultra is slightly taller and wider, while it’s also slightly thinner. Both devices feature curved displays, and a display camera hole in the top-left corner. The bezels on both smartphones are almost non-existent. The Xiaomi Mi 11 Ultra includes a truly large camera island on the back. In addition to that, it has a small cover display on the back, just so you can see exactly what you’re taking a picture of. The OnePlus 9 Pro’s camera island is much smaller, even though the phone has one more camera on the back. There’s no cover display, though.

Both of these phones are quite large, needless to say, while they’re also not light in the hand, especially the Xiaomi Mi 11 Ultra. The Mi 11 Ultra is also top-heavy, at least in comparison to the OnePlus 9 Pro. That’s not surprising considering it has that huge camera island in the upper portion of its body. Do note that both phones are quite slippery. That, in combination with their size, makes them prone to dropping, so using a case may be a good idea. They both feel good in the hand, as long as you like larger smartphones. They also feel like quality products.

Both devices have big, gorgeous displays. The Xiaomi Mi 11 Ultra comes with a 6.81-inch WQHD+ (3200 x 1440) curved AMOLED display. This panel is protected by the Gorilla Glass Victus, and it offers a 120Hz refresh rate. We’re looking at an adaptive refresh rate, as this is an LTPO panel. It offers 1 billion colors, and it supports HDR10+ content. It can also get quite bright, at 1,700 nits peak brightness.

The OnePlus 9 Pro, on the other hand, offers a 6.7-inch WQHD+ (3216 x 1440) curved Fluid AMOLED 2.0 display. This panel also offers 1 billion colors, and it offers a 120Hz adaptive refresh rate. It does support HDR10+ content as well, while its peak brightness is at 1,300 nits, which is also extremely bright. This panel is protected by the Gorilla Glass 5, in case you were wondering. So, on paper, both of these panels are excellent.

What are they in real-life, though? Well, outstanding. These two panels are amongst the best displays in the market at the moment, easily. Both panels are made by Samsung, and offer everything you may want in a smartphone display these days. They’re big, sharp, vivid, and offer excellent viewing angles. On top of that, they offer a high refresh rate, making scrolling and gaming a joy. The fact they’re both adaptive helps with battery life, and makes them truly cutting edge. Truth be said, there’s not a single complaint we can think of here, both displays are excellent, to say the least.

What about the performance, do the two phones deliver? Well, yes. That’s something you’d expect out of flagship smartphones, and both of these deliver, and then some. Both companies included top-notch hardware on the inside, which certainly helps. Both phones are fueled by the Snapdragon 888 SoC, while they also come with LPDDR5 RAM and UFS 3.1 flash storage. So, neither company spared any expense on components.

Great specs aren’t really much use if the software is not optimized, right? Well, yes, but thankfully both companies did a good job with that as well. Android 11 comes pre-installed on both devices, with custom UIs on top of it. The OnePlus 9 Pro comes with OxygenOS, while the Xiaomi Mi 11 Ultra offers MIUI. These two Android skins are considerably different in comparison. OxygenOS is closer to stock Android, even though the changes OnePlus made a while back make it look like a cross between stock Android and One UI. MIUI is different, it’s still excellent, though. Both UIs are modern, fast, fluid, and filled with useful features.

When it comes to performance in general, we didn’t notice any issues that should worry you. Both phones fly through everyday tasks, such as opening / closing apps, multitasking, media consumption, browsing, and so on. Even gaming is no issue for either phone, quite the contrary. Gaming is a joy on both phones, especially with those gorgeous displays. All in all, performance is not something that should worry you here, not at all.

The Xiaomi Mi 11 Ultra includes a 5,000mAh battery, while the OnePlus 9 Pro comes with a 4,500mAh battery on the inside. Those are some beefy battery packs, but the two devices do not exactly offer stellar battery life. Now, in our usage, the two devices were able to get to the 6-hour screen-on-time mark (with almost no gaming included), but not always. That’s not exactly great for heavy users, and that’s who Xiaomi and OnePlus are aiming for with these phones.

Truth be said, that battery life is not bad, but we’ve expected more out of both phones. Luckily, the OnePlus 9 Pro battery life did get better with updates, it was even worse at first. Luckily, such updates will likely continue, and the same goes for the Xiaomi Mi 11 Ultra. We do hope that both companies will work on improving that aspect, as these two handsets are true powerhouses, and are meant to be used. 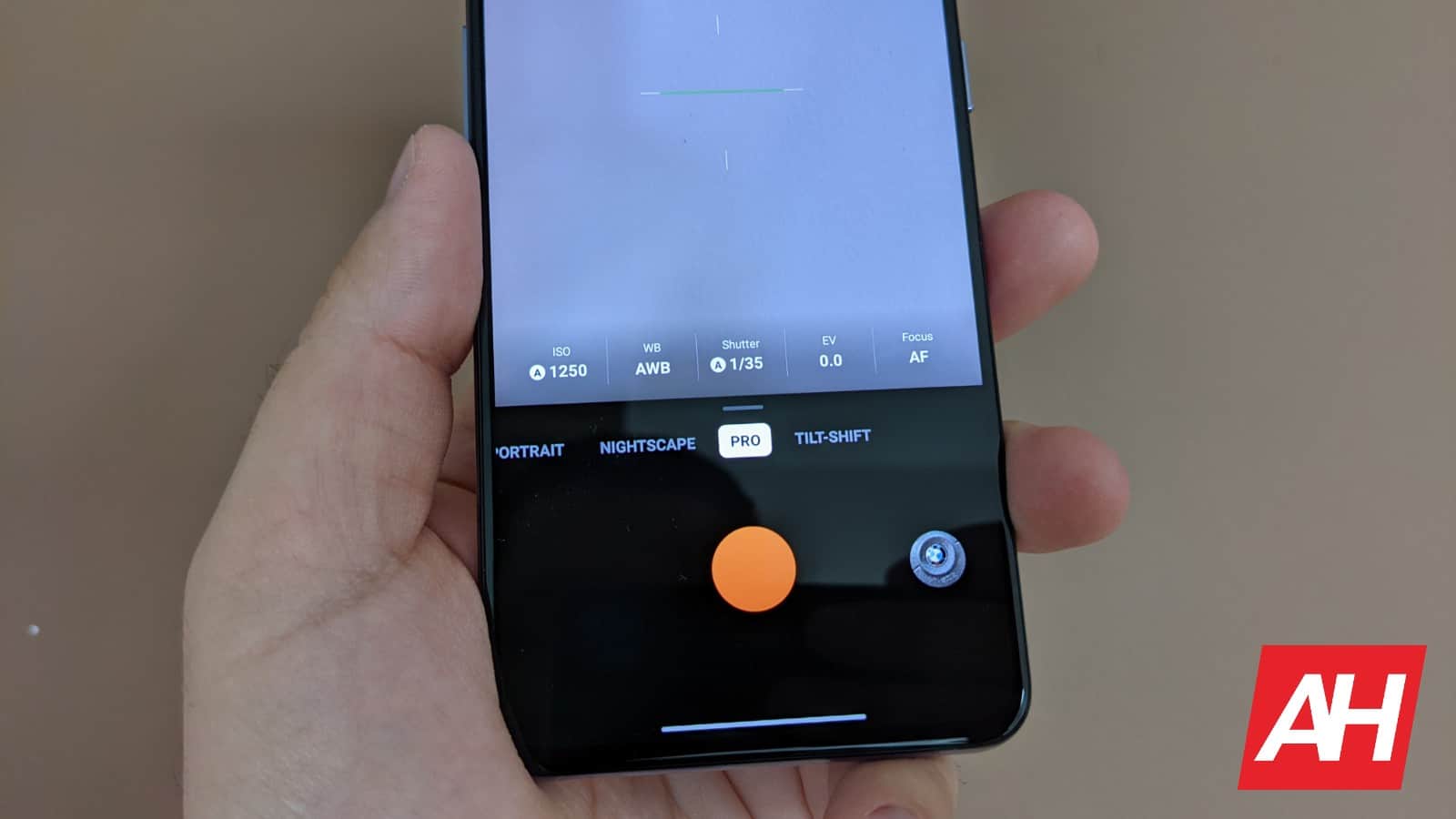 The camera performance on the OnePlus 9 Pro is still a bit inconsistent, at the time of writing this comparison. It tends to do an amazing job at times, but not always. The colors are excellent, though. The night time performance could be a bit better, though, especially when it comes to flaring. The phone also tends to crush blacks quite a bit. The Xiaomi Mi 11 Ultra camera performance is actually a lot better than some sites reported. The phone offers a lot of natural bokeh, even in video. That camera also does an excellent job in low light, there’s not much to complain about, really. The images turn out bright and well-balanced.

Both of these phones include stereo speakers. The ones on the Xiaomi Mi 11 Ultra are actually Harman Kardon speakers. Both sets of speakers are boosted by Dolby Atmos. What we’ll say is that both sets are quite good. They’re more than loud enough, and also more than sharp enough. The distortion is barely noticeable at the highest of volumes, and there’s not much difference in quality, but the Mi 11 Ultra did seem a bit sharper.

You’ll even get some bass in both instances, by the way. A 3.5mm headphone jack is not included on either phone. You’ll need to opt for a dongle, Type-C headphones, or Bluetooth. Regardless, you’ll get really good sound as a result. It’s well-balanced across the spectrum, presuming you have a good set of headphones.