The global variant of the Xiaomi 12 Pro was launched earlier this month. That is the company’s new flagship, and it seems appropriate to compare it to the best Samsung has to offer. So, in this article, we’ll compare the Xiaomi 12 Pro vs Samsung Galaxy S22 Ultra. Both of these phones are immensely powerful, and have a lot to offer, though they’re not exactly too similar. That’s what should make this comparison interesting.

These two phones differ in almost every way. The two companies used similar build materials, but the two phones do look different, feel different in the hand, come with different software builds, and so forth. There’s a lot to talk about here, to be quite honest, each of them shines in a different way. That being said, we’ll first list their specifications, and then move to compare them across a number of categories. Let’s kick off the Xiaomi 12 Pro vs Samsung Galaxy S22 Ultra comparison, shall we?

Both devices do feel quite premium in the hand, though, and they’re both quite slippery. The Xiaomi 12 Pro weighs 204/205 grams, while the Galaxy S22 Ultra weighs 228/229 grams, depending on the variant. They’re almost identical in terms of height, while the Xiaomi 12 Pro is considerably narrower, and slightly thinner. Both devices do offer extremely thin bezels, and a centered display camera hole at the top.

Rear cameras on both smartphones are placed in the top-left corner. The Galaxy S22 Ultra has more of them, though, and its cameras don’t have a dedicated camera island, unlike the ones on the Xiaomi 12 Pro. The Galaxy S22 Ultra also has a silo for the S Pen stylus in the bottom-right corner, unlike the Xiaomi 12 Pro. Both phones do scream “premium”, both are quite slippery, though feel entirely different in the hand. It’s all a matter of preference, but both companies did a great job design-wise.

The Xiaomi 12 Pro features a 6.73-inch QHD+ (3200 x 1440) LTPO AMOLED display. That display supports an adaptive refresh rate, and it can refresh at up to 120Hz. It can project 1 billion colors, and it supports Dolby Vision and HDR10+ content. It also gets quite bright at 1,500 nits of peak brightness. This panel has a 20:9 aspect ratio, and it is protected by a sheet of Gorilla Glass Victus. 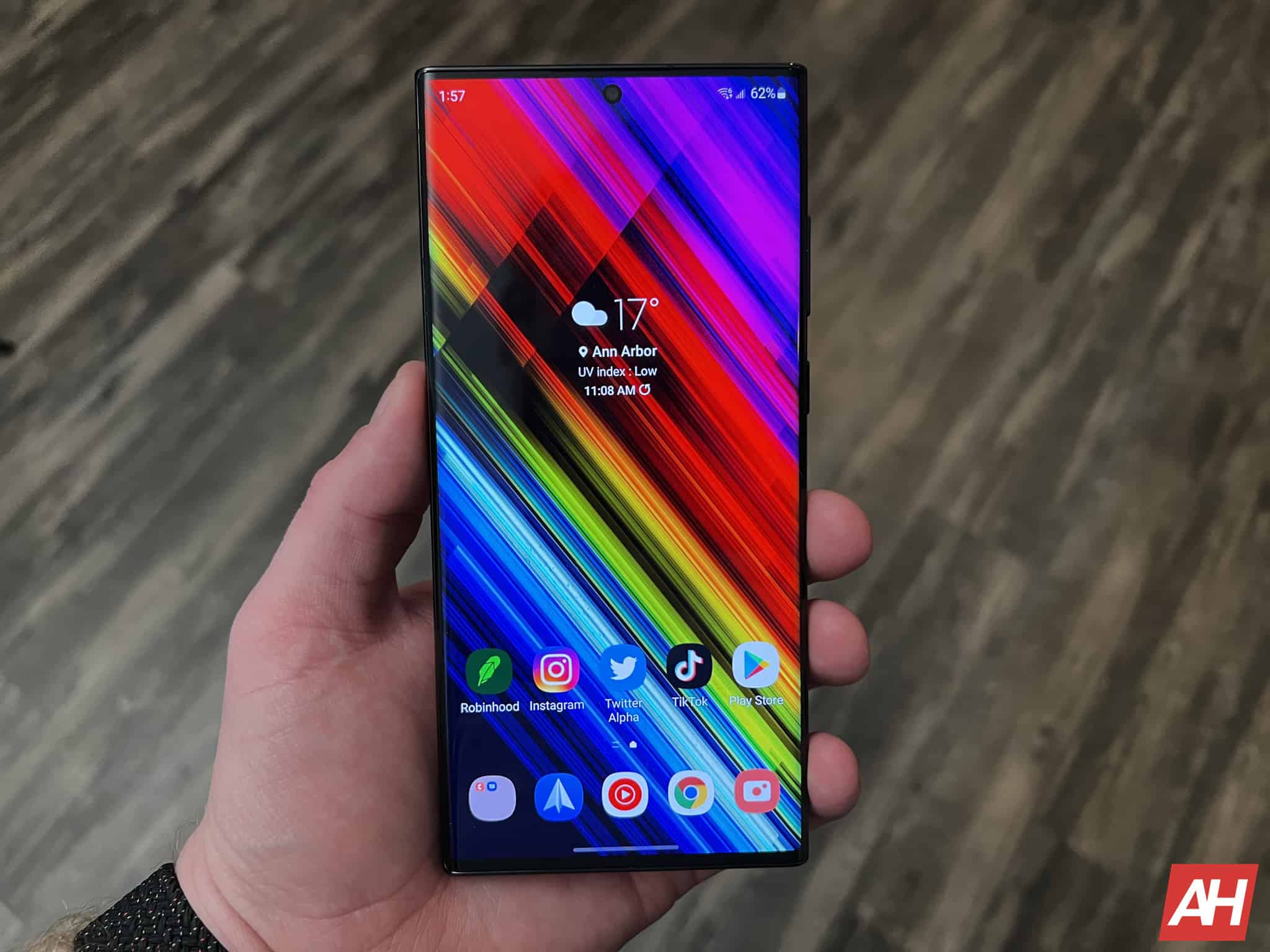 The Galaxy S22 Ultra, on the flip side, features a 6.8-inch QHD+ (3088 x 1440) Dynamic AMOLED 2X display. That is also an LTPO display that refreshes at up to 120Hz. This display can project HDR10+ content as well, and it gets extremely bright at up to 1,750 nits. This panel is protected by the Gorilla Glass Victus+. Both displays are curved, by the way, and both feature minimal bezel around.

Truth be said, both of these panels are truly excellent. Both get extremely bright, while both offer great viewing angles as well. The blacks are very deep on both panels, while the colors are vivid and rich. Thanks to the high refresh rate and software that is well-optimized, it’s a real joy to use both, not to mention that the touch response rate is also excellent. The Galaxy S22 Ultra’s display is slightly better on paper, but that’s not something you’ll notice in real life. They’re side-by-side, and both are amongst the best panels out there.

Both of these smartphones are immensely powerful, spec-wise. The Snapdragon 8 Gen 1 fuels both devices, though the Galaxy S22 Ultra also comes in the Exynos 2200 variant, in Europe. The Snapdragon 8 Gen 1 is Qualcomm’s most powerful SoC to date. Both companies decided to combine that with LPDDR5 RAM and UFS 3.1 flash storage, on top of including the latest version of Android (12). Their respective skins are applied on top, though.

All that results in an excellent performance on both devices. Xiaomi’s MIUI is considerably different than Samsung’s One UI skin, but both feel extremely smooth, elegant, and truth be said excellent overall. No matter what you plan to do with these two smartphones, performance-wise, they’ll deliver. They can both multitask like champs, consume multimedia, browse, edit images, videos, and so on.

Do note that gaming is excellent on both smartphones too. Neither gets too warm or anything of the sort, though the Galaxy S22 Ultra does end up being warmer in our testing, while gaming. So, you don’t have to worry either one will disappoint you when it comes to performance, as that simply won’t happen. Do note that we tested the Snapdragon 8 Gen 1 variant of the Galaxy S22 Ultra, though, we cannot vouch for the Exynos 2200 model. We did hear that variant faced all kinds of problems, though.

The Xiaomi 12 Pro was able to get us to around 5-5.5 hours of screen-on-time, while the Galaxy S22 Ultra was usually able to get across that 6-hour screen-on-time threshold without a problem. Its battery life is not as impressive as the Galaxy S21 Ultra’s battery life was, but it’s still really good. On some days, it was able to really go above and beyond. All in all, in our testing, the battery life is better than what the Xiaomi 12 Pro has to offer, at least at the time being. 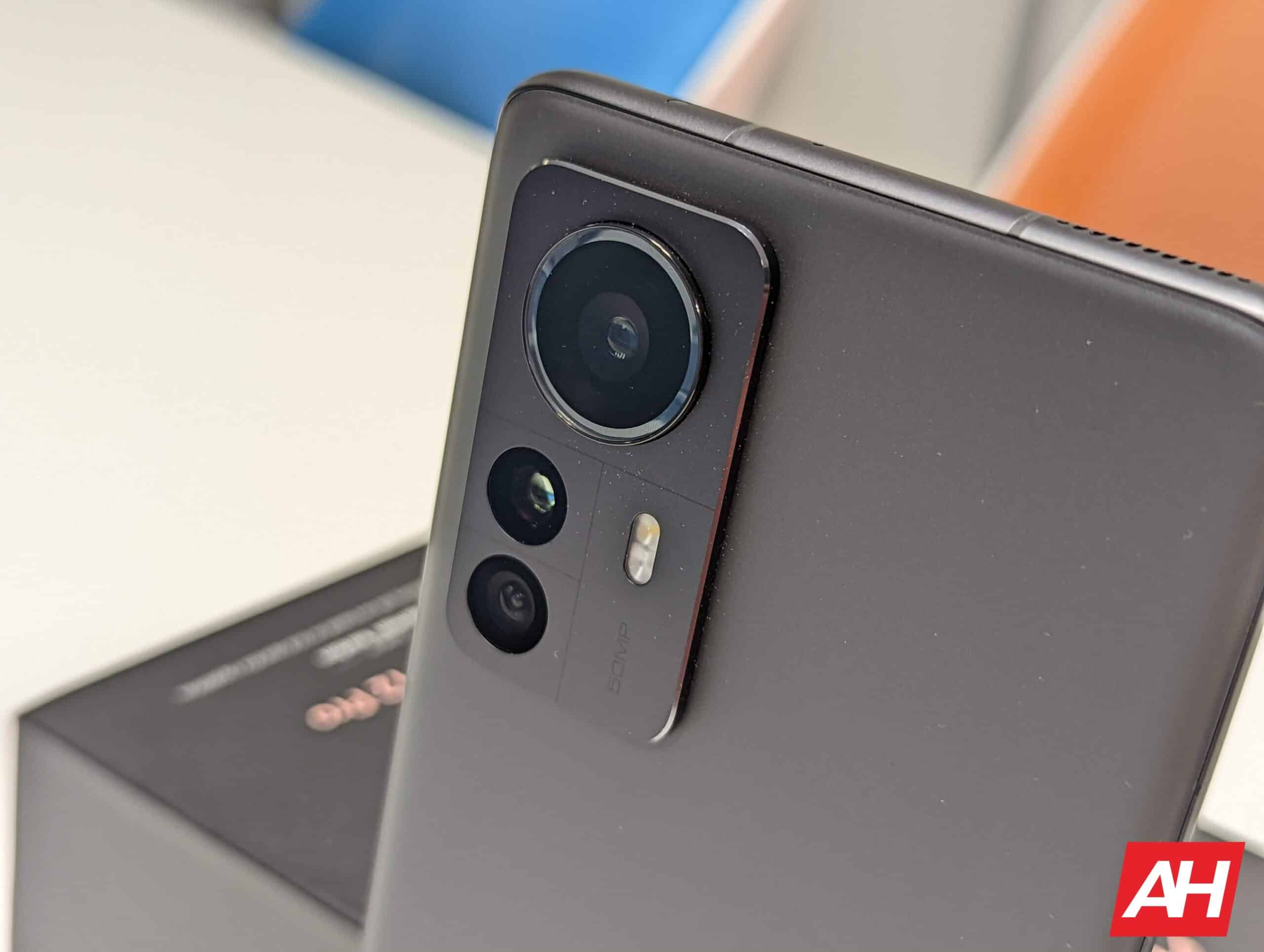 Now, the main cameras on both phones can provide a bevy of details during the day. They also render colors properly, and both phones do a great job when it comes to processing, neither overprocesses images. The foliage results are good on both as well, and both do well with high dynamic range scenarios. The Galaxy S22 Ultra ultrawide camera does a better job at closer range, while its periscope camera can really take some crazy zoom shots. Telephoto cameras are excellent on both.

When the light goes away, both phones shine. Both devices can light up a scene as much as you want. Thanks to their night modes, you can really create an extremely bright, and well-balanced shot even if you’re in a really dark spot when you’re taking the image. You can also aim for something more realistic, both cameras give you plenty of options. Both tend to have some problems with light flares in nighttime conditions, but not always.

We prefer the placement of the secondary speaker on the Galaxy S22 Ultra, while the sound output is excellent on both phones. The Galaxy S22 Ultra gets slightly clearer, at least to our eyes, while both are extremely loud, so that’s not going to be a problem, as you’ll basically never tune them all the way up. The sound output is well-balanced, and rich, while we also get a hint of bass on both, which is impressive.