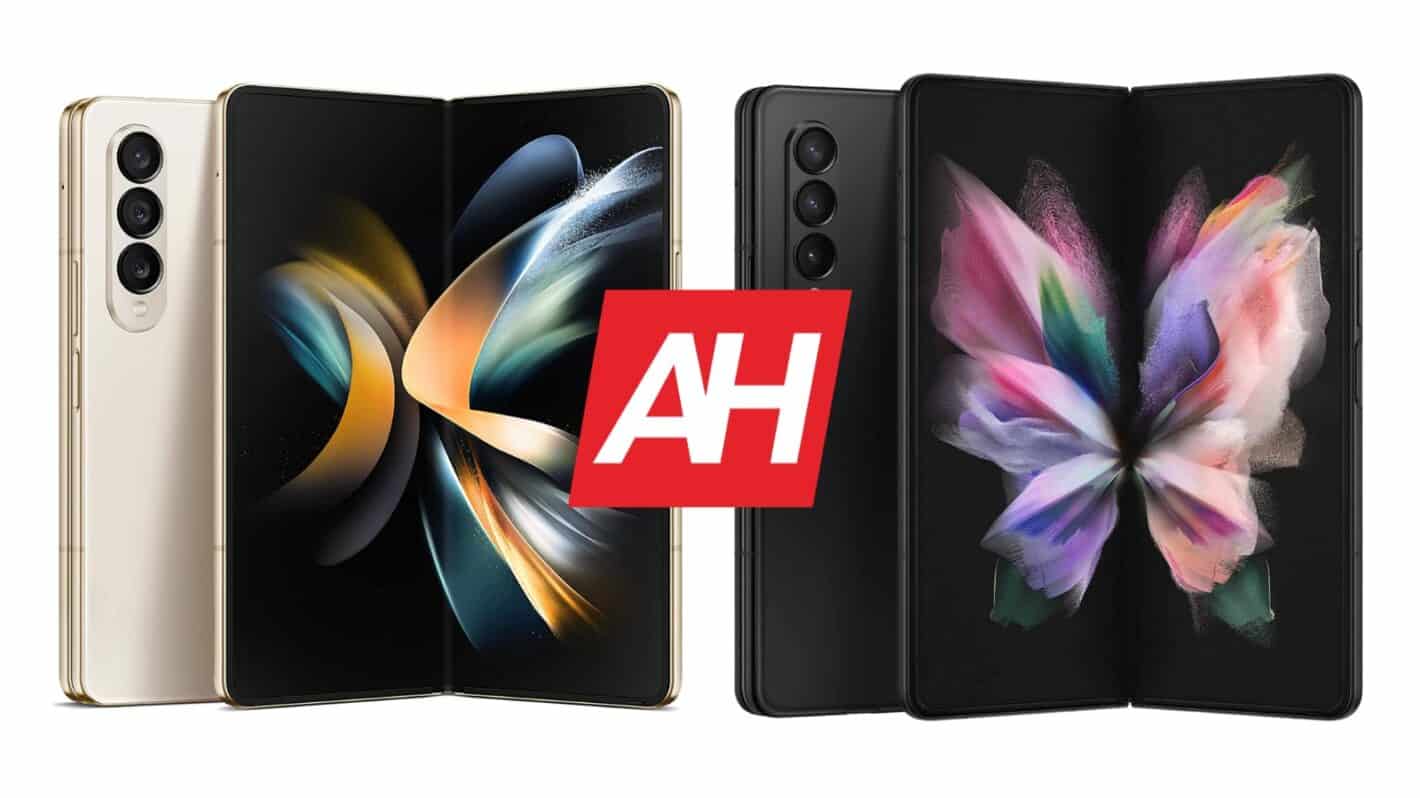 These two devices are both quite expensive, but the Galaxy Z Fold 3 got discounted since launch, of course. For some of you, that may be the better option. We’ll let you be the judge of that, as we compare the two phones across a number of categories. We’ll first list their specifications, and will then compare their designs, displays, performance, battery life, camera performance, and audio output.

The Samsung Galaxy Z Fold 4 and Fold 3 do look very similar. The design really did not change much, as far as looks are concerned, but the dimensions are different. The Galaxy Z Fold 4 is a bit shorter, and a bit wider. It’s also slightly lighter than its predecessor. It weighs 263 grams, while the Galaxy Z Fold 3 weighs 271 grams. A decrease in weight is always welcomed when it comes to these heavy phones, that’s for sure.

Both devices are IPX8 certified for water resistance, and both utilize the Armor aluminum frame. Samsung improved the foldable display on the Galaxy Z Fold 4, as it’s more durable now. The Galaxy Z Fold 4 also has a smaller hinge, while the two phones are quite similar in terms of design. Three vertically-aligned cameras are placed on both phones, and are basically in the same spot. The Galaxy Z Fold 4 did get a boost in that department, though, more on that later. 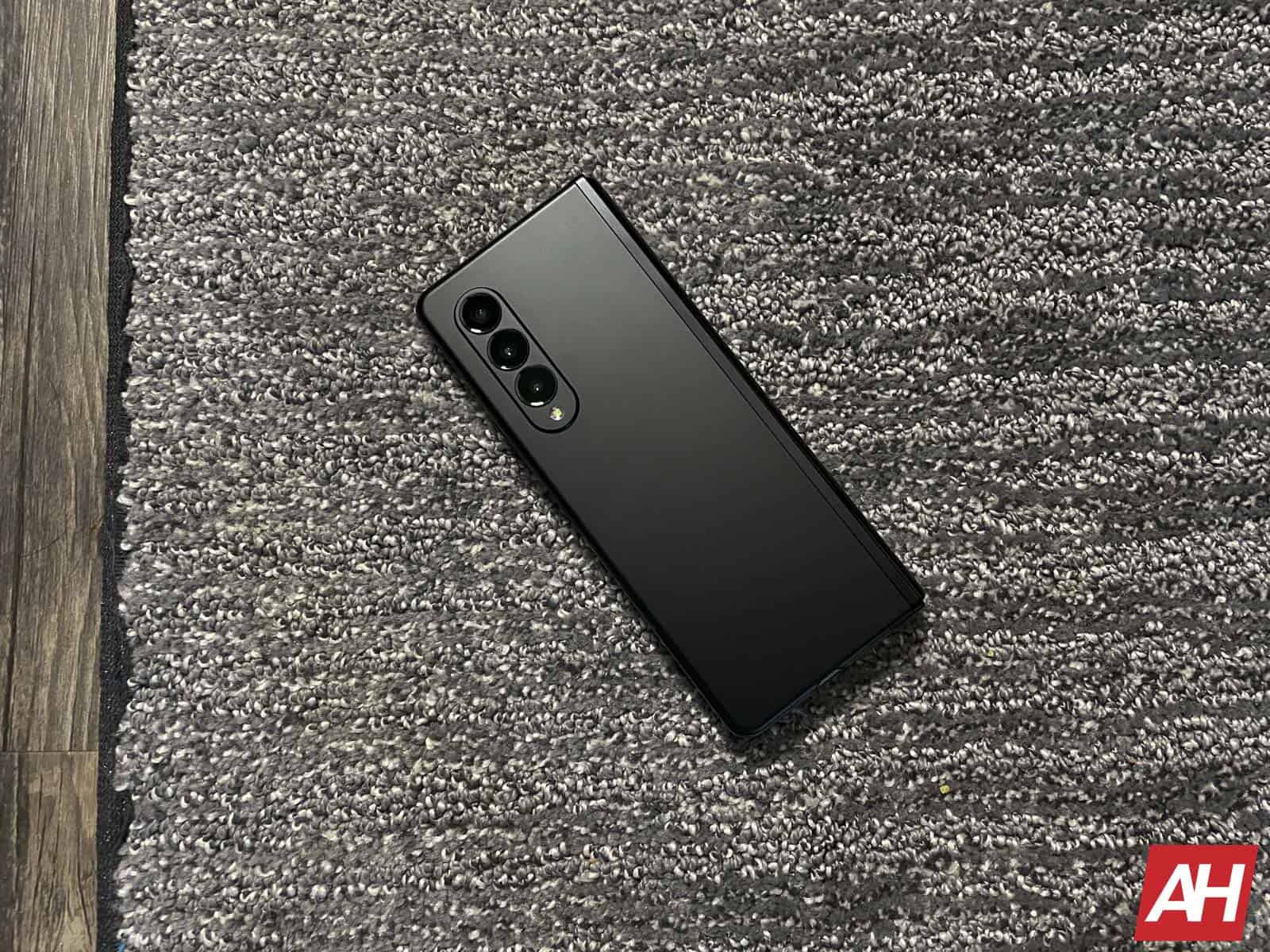 The cover display has a centered display camera hole, while the main display has an under-display camera. It is now less visible, but you can still easily notice it. The Galaxy Z Fold 4 is also slightly thinner, while both devices are quite slippery, so using a case may not be a bad idea. Any type of case will add bulk, though, which is not ideal for either phone. The Galaxy Z Fold 4 is more of an iterative upgrade, but an upgrade nonetheless.

These two phones do have the same display size, and that goes for both panels. Their displays are not entirely the same, though. The Galaxy Z Fold 4 includes a 7.6-inch 2176 x 1812 Foldable Dynamic AMOLED 2X main display. That is a 120Hz display and it supports HDR10+ content. It gets quite bright at 1,200 nits of peak brightness. Do note that you’ll be able to reach such brightness on auto mode only.

The Galaxy Z Fold 3, on the other hand, has a 7.6-inch 2268 x 832 Foldable Dynamic AMOLED 2X main display. That is also a 120Hz display, and it has the same max brightness, while it also supports HDR10+ content. It does offer a different aspect ratio, though, as you’ll easily notice by the resolution.

What about cover displays? Well, both have 6.2-inch Dynamic AMOLED 2X panels with a 120Hz refresh rate. The Galaxy Z Fold 3 offers a resolution of 2316 x 904 on that display, while the Fold 3 has a resolution of 2268 x 832. The Fold 4 includes Gorilla Glass Victus+ on its cover display, while the Fold 3 utilizes Gorilla Glass Victus.

Both the main and cover displays on both smartphones are actually really good. There’s not much difference in the image quality, to be quite honest. The Galaxy Z Fold 4’s main display is a bit more durable, and the outer panel has slightly better protection, that’s about it. All panels are more than sharp enough, offer good viewing angles, and vivid colors.

So, the Galaxy Z Fold 3 does come with an inferior SoC, though it’s still immensely powerful. Truth be said, you won’t really be able to feel that much of a difference in performance. The Fold 4 may be more future-proof due to its newer SoC, but both perform gray on a day-to-day basis. That goes for both gaming and regular tasks that you may do on these phones. They handle multitasking like nobody’s business, and many people will buy them for that purpose. Neither phone gets too hot either.

The Samsung Galaxy Z Fold 4 and Fold 3 actually have the same battery capacity. Both of these smartphones come with a 4,400mAh battery on the inside. That may not seem like a lot considering the size of their main displays, but you have to take into account the secondary display as well. Now, we did not test the Galaxy Z Fold 4 battery life just yet, but chances are it will offer slightly better battery life than its predecessor.

The Snapdragon 8+ Gen 1 is more power efficient. The Galaxy Z Fold 3’s battery life wasn’t extraordinary, but it wasn’t actually bad. That does depend on your usage a lot, though. If you’re gaming, you’ll kill it really fast, and the same goes if you’re only using the main display. Mixed usage, tends to provide good battery life. We do have high hopes for the Galaxy Z Fold 4 as well. 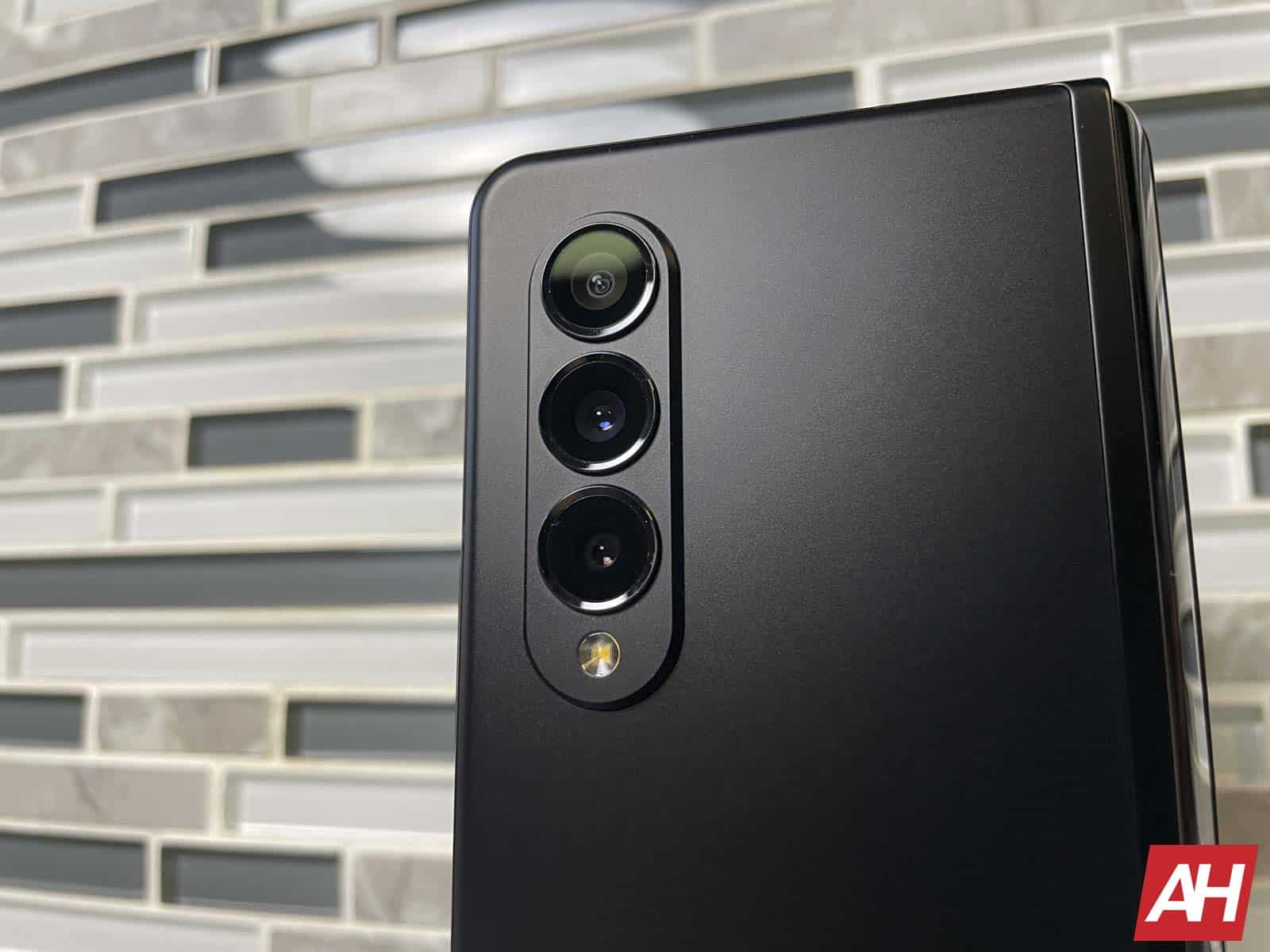 That 50-megapixel main camera on the Galaxy Z Fold 4 definitely packs more punch. We didn’t really get a chance to fully test it yet, but initial impressions do look really good. The telephoto camera on the Galaxy Z Fold 4 offers 3x optical zoom, compared to 2x optical zoom on the Fold 3. That may not seem like a huge difference, but you’d be surprised, especially if you zoom in a lot. The ultrawide camera does seem to be identical as on the Fold 3.

The camera setup has been one of the main complaints when it comes to the Galaxy Z Fold 3. The camera performance on that phone is good, but not great. The competition is really strong out there, so Samsung needed to push things forward, and it seemingly did. It remains to be seen if these cameras will be as good as we’re hoping. If they end up being on the same level as the Galaxy S22 and S22+, or close to it, that will be enough for most people.

In case you’re wondering if a 3.5mm headphone jack is included on either phone, it’s not. One could argue that Samsung had plenty of space for that, but it didn’t happen. Audio jacks are no longer included on many flagship phones, and that’s something we have to deal with. What these two phones do have, though, are stereo speakers, and they’re really good. The output is actually similar in comparison. They’re quite punchy, with some bass even, and the distortion is almost not there at all. Bluetooth 5.2 is also offered by both of these devices.