The Galaxy Z Fold 3 and Z Flip 3 are Samsung’s newest foldables. These two smartphones have been announced quite recently, and even though they’re both foldable handsets, they’re quite different in comparison. In this article, we’ll compare the Galaxy Z Fold 3 vs Galaxy Z Flip 3, just to give you an idea which of the two suits you best. Some of you may already know that, but others are probably wondering which one to get.

There’s a lot to talk about here, as these two devices essentially have different approaches to foldable devices. They’re entirely different device categories, in a way. We’ll start things off by listing their specifications, and then we’ll compare their designs, displays, performance, batteries, cameras, and audio performance. That being said, let’s kick off the Galaxy Z Fold 3 vs Galaxy Z Flip 3 comparison.

The Galaxy Z Fold 3 and Z Flip 3 are both made out of metal and glass, but that’s where design similarities end, basically. The Galaxy Z Fold 3 is a foldable tablet. It’s a large, narrow phone that unfolds into a tablet. The Z Flip 3, on the other hand, is a smartphone that shrinks down into a pocket-friendly, rectangular puck. As already mentioned, these are completely different approaches to foldable smartphones, so it all depends on what you’re aiming for.

Both smartphones are fairly slippery. They both have glass backs, and even though Samsung did a great job aesthetically, putting a case on them may not be a bad idea. The Galaxy Z Fold 3 is shorter than the Z Flip 3, when the Z Flip 3 is unfolded, while it’s also narrower when it’s folded. Things change considerably when it’s unfolded, of course. There’s also the weight you should consider. The Z Fold 3 weighs 271 grams, while the Z Flip 3 weighs 183 grams. That’s a gigantic difference in the hand. 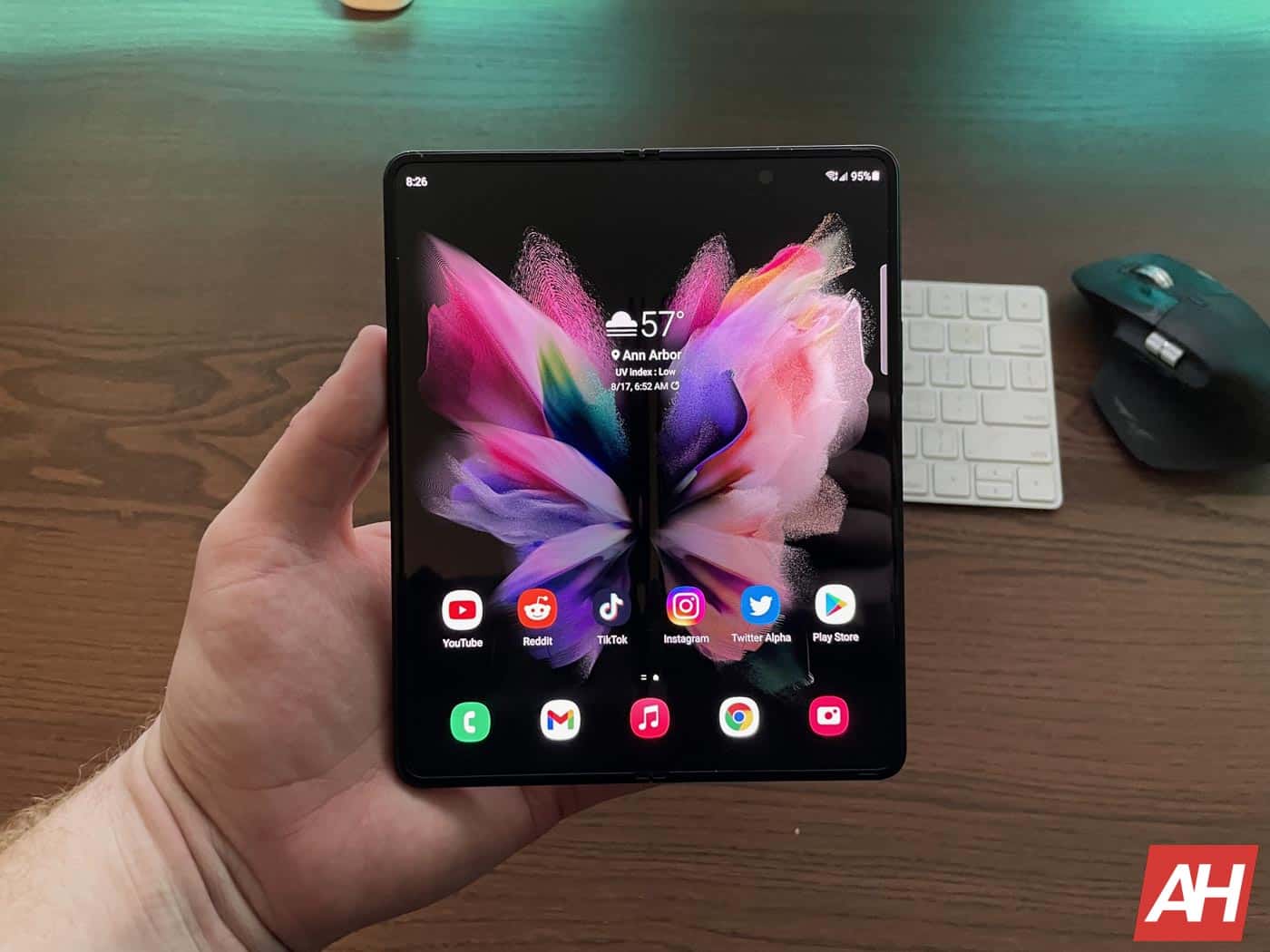 The Galaxy Z Fold 3 basically is not a phone to use with one hand, in no way, shape or form. Still, that extra screen real estate that you get with it may be worth it to some people, of course. That’s the whole idea behind the Z Fold 3, it’s a smartphone that can become a tablet when you need it to be. The Z Fold 3 also has S Pen support, which is something the Z Flip 3 doesn’t offer. That’s another way you can take advantage of its large display. Both phones are quite sleek, and feel well made, it all depends on what you need.

Each of these two phones has two displays. The Galaxy Z Fold 3 features a 7.6-inch 2208 x 1768 foldable Dynamic AMOLED 2X main display, with a 120Hz refresh rate. That panel supports the S Pen stylus, but do make sure it’s made for the device, as older ones won’t work, and you may damage the display in the process. The secondary display measures 6.2 inches, and it’s a 2268 x 832 Dynamic AMOLED 2X panel, with a 120Hz refresh rate. That panel is protected by the Gorilla Glass Victus.

The main displays look really good on both phones. They’re bright enough to use outdoors, which is a major improvement in regards to the Z Flip 3, as the Z Flip’s panel was too dim. Samsung also made a major improvement with the overlay for the Z Flip 3’s main display, it feels much better now under the fingers. The viewing angles are good, and the colors are punchy. The secondary panel on the Z Fold 3 is also excellent. The Z Flip 3’s cover display is now much more useful, but it cannot compare to other panels here, of course.

When it comes to performance, both of these phones shine. That’s not exactly surprising considering the powerful hardware Samsung included here. Both phones include the Snapdragon 888 SoC, which is one of the two most powerful SoCs from Qualcomm. Samsung also included UFS 3.1 flash storage in both devices, and powerful RAM chips as well. They also run Android 11 out of the box, and the company did a good job of optimizing both devices.

These two phones can run basically anything. Regardless of whether you plan on using them lightly, or plan to install some graphically demanding games, they can handle it. You can easily multitasking on both devices, Samsung even included some additional features for that, especially on the Z Fold 3. That’s where the S Pen comes in quite handy as well, if you decide to get it.

Do note that both phones will heat up a bit, but they won’t be too hot to handle. Even if you run some games on them for an extended period of time, they won’t be too hot to hold, though they will get hot during such tasks. That’s per course when it comes to smartphones, though, they do heat up. We did not notice any changes in performance when that happens, though, they do run quite smoothly at all times.

The Galaxy Z Fold 3 features a 4,400mAh battery, while the Z Flip 3 comes with a 3,300mAh battery pack. It’s really difficult to say how much screen on time you’ll be able to pull out of each phone, as there are too many factors here. Not only do each of us use our phones differently, but each of these two phones has two displays. It all depends on how frequently you’ll use the inner display, and so on.

We have been using both phones for a couple of days now, and we have to say that battery life isn’t impressive on each phone. We did use inner displays quite a bit, though. The Z Flip 3 battery did get better with each day, but it’s still not something to brag about. Truth be said, power users may find it hard to get to the end of the day with either phone. If you’re not a power user, however, you should do just fine.

Neither phone brings major camera improvements compared to their predecessors. That doesn’t mean these two phones don’t have good cameras, quite the contrary. Both phones provide really good images, while they’re quite competent in the video department as well. The Galaxy Z Fold has three 12-megapixel cameras, including wide, ultrawide, and telephoto units. The Z Flip 3 spots wide and ultrawide cameras, both are 12-megapixel ones. 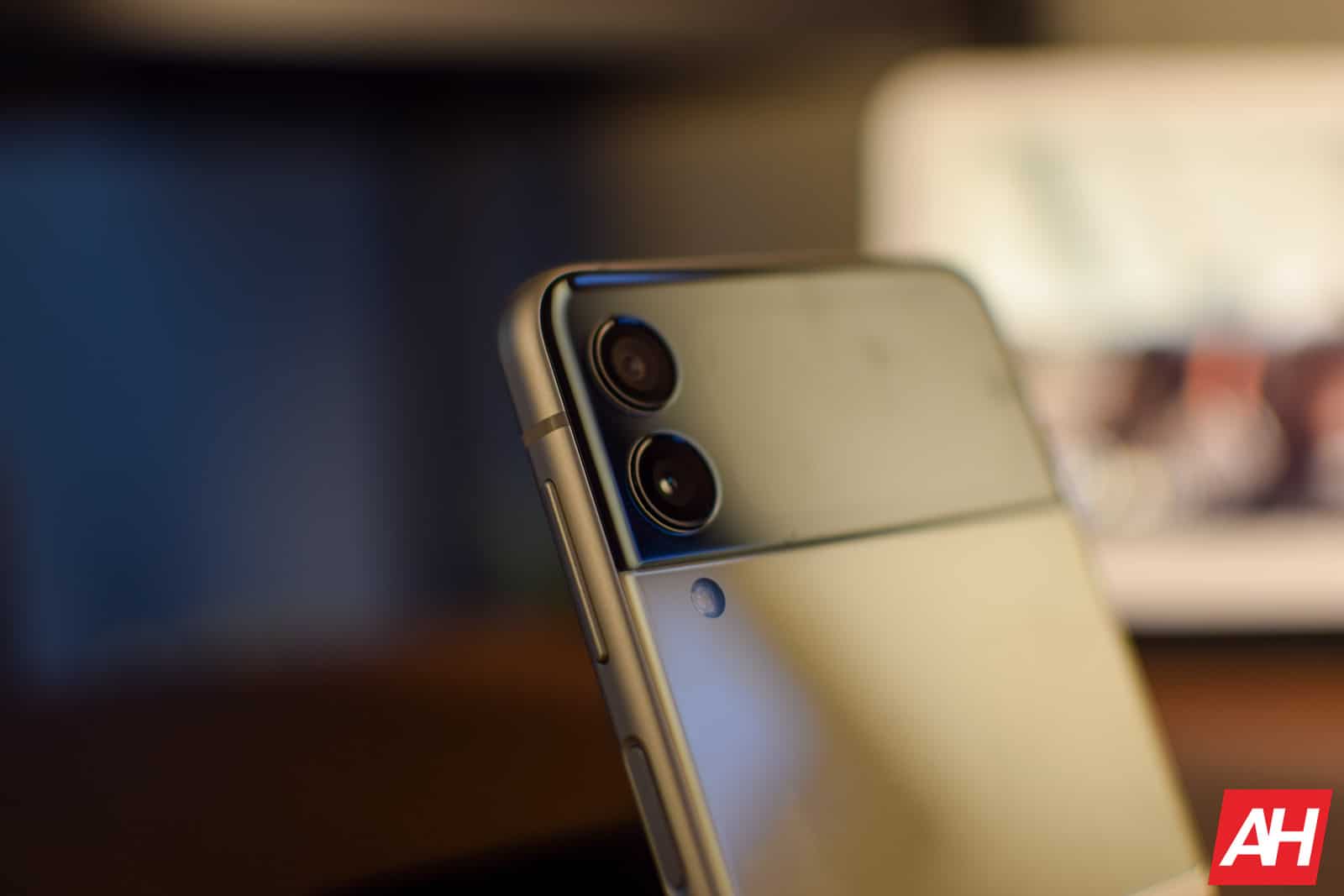 Now, images from both phones are really, really good. They’re not the best in the market, but not many people will complain, that’s for sure. Samsung did improve the software compared to previous-gen cameras, and you can expect some slight improvements. Images from both phones are quite contrasty, which is a nice look. They’re also quite sharp, and handle low-lit situations really well, with low noise. Ultrawide cameras also work really well, and the same goes for selfie cameras, excluding the under-display one on the Z Fold 3. That camera delivers washed-out images, and chances are you’ll want to use the one on the secondary display.

Both of these phones do deliver stereo speakers. Those speakers are tuned by AKG, and neither phone has an audio jack. The sound coming from their speakers is rich, and quite loud. These sets of speakers are really good, and we never felt let down by them. The sound coming out of them is really similar, it’s well-balanced, that’s for sure.

Even when you plug in your headphones, or connect them via Bluetooth, you can expect good sound with clear vocals. Do note that you’ll need a good pair of headphones, though, as crappy headphones can mess with the audio, no matter how good sound can a phone provide. All in all, we’re satisfied with the audio performance.