Still, the Galaxy Z Fold 3 has a lot to offer, and in this article, we’ll see if it’s worth upgrading to it. That’s something you’ll figure out on your own based on the provided information. We’ll kick things off by comparing spec sheets of these two phones, and will then move to the design, display, performance, and several other sections. Having said that, let’s compare the Galaxy Z Fold 2 vs Galaxy Z Fold 3.

When it comes to the design, these two phones are quite similar. They have a similar footprint, their dimensions are almost identical. The Galaxy Z Fold 2 is a bit taller, and ever-so-slightly thicker. The difference is so minuscule, that you probably won’t even notice when you hold them side-by-side. They both include three cameras on the back, and those cameras are vertically aligned on both phones. Their camera islands do look different, though, for aesthetic purposes. 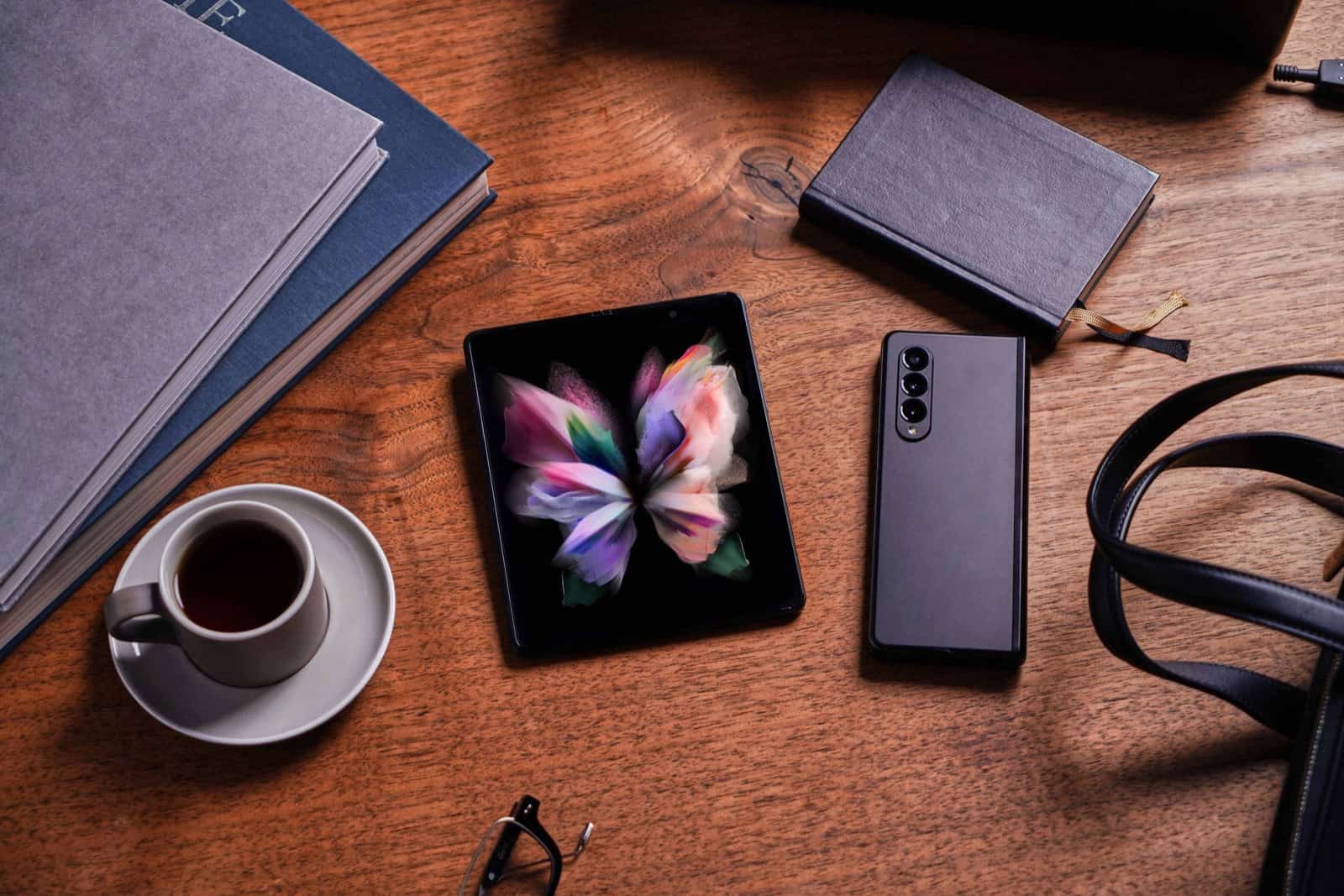 The Galaxy Z Fold is a bit heavier than its sibling, but the difference in hand is not that big. They’re both quite heavy phones, so an 11-gram difference does not represent a huge change. Both phones are quite slippery, while being rather heavy, so that’s not an ideal combo for using them. If you drop either of the two devices, there’s a good chance you’ll suffer some damage. Using a case may not be a bad idea, though that will add more heft to the equation. They do feel like really well-built, premium products, though. The Z Fold 3 is even IPX8 water resistant, which is not something that we can say for the Z Fold 2.

Now, in regards to their displays. Each of these phones has two displays. The main display on both of them is foldable, while the secondary is not. Both phones include a 7.6-inch main foldable display. We’re looking at the Dynamic AMOLED 2X panel here with a 120Hz refresh rate. That panel also supports HDR10+ content, in case you were wondering. Displays on both phones offer 2208 x 1768 resolution.

The Galaxy Z Fold 2 features a 6.23-inch 2260 x 816 Super AMOLED cover display. That display is protected by the Gorilla Glass Victus. It offers a 60Hz refresh ratio. The Galaxy Z Fold 3, on the other hand, sports a 6.2-inch Dynamic AMOLED 2X display with 2268 x 832 resolution. This panel does offer a 120Hz refresh rate, and it’s protected by the Gorilla Glass Victus as well. So, the Z Fold 3 has an advantage in this regard.

The Galaxy Z Fold 2 and Z Fold 3 are both excellent in regards to performance. That’s not surprising considering both are flagship-grade phones. The Z Fold 2 is a year old, but it’s still immensely powerful. The Z Fold 2 comes with the Snapdragon 865+ SoC, while the Z Fold 3 includes the Snapdragon 888 processor. They both offer UFS 3.1 flash storage, and top-of-the-line RAM chips.

All of that translates into great performance in both cases. Regardless of whether you’re using the outer display, or the larger inner one, you’re good to go. It is worth noting that the outer display on the Z Fold 2 is not a high refresh rate one. It will seem a bit odd in comparison to a 120Hz panel on the Z Fold 3, but the phone will perform excellent regardless. They can handle some major multitasking, which is what that main display is made for.

Gaming is not an issue for either phone. They will both get warm after a gaming session, but not too hot or anything of the sort. They can run even the most demanding games out there without a problem, as they should. All in all, both are excellent performers, and regardless of which one you get, you’ll be good to go. Do note that the Z Fold 3 is probably more future-proof, mainly due to its SoC, but the difference is not that big.

The Galaxy Z Fold 2 comes with a 4,500mAh battery, while the Z Fold 3 includes a 4,400mAh unit. At the time of this article, we did not submit the Z Fold 3 to at 10 charge cycles to see how the battery will behave. What we can say, for now, is that it seems to offer fairly similar numbers to the Z Fold 2. The Galaxy Z Fold 2 can get you up to 5.5-6 hours of screen-on-time, at least it was that way for us. Do note that gaming was not in the equation.

Running any time of process that will strain the SoC, such as games or video processing, will result in lower battery life. Also, your mileage may vary, as each of us do use our phones differently, plus there’s the cell service factor. It all depends. For now, we’d say that they’re on the same level, they don’t offer excellent battery life, but it will be more than enough for most people. On the other hand, those of you who buy a foldable like this are probably power users, so… take that into account. Also, the Z Fold 3 doesn’t come with a charger.

These two phones are basically identical in the camera department. Both devices feature three cameras on the back. Three 12-megapixel sensors (which are identical), and also have the same lenses, it would seem. We’re looking at wide-angle, telephoto, and ultrawide angle cameras. A 10-megapixel camera on the secondary display (on both phones) is also identical. What is different is the camera on the foldable display. The Z Fold 2 has a 10-megapixel unit there (the same as on the secondary panel), while the Z Fold 3 has a 4-megapixel under-display camera. 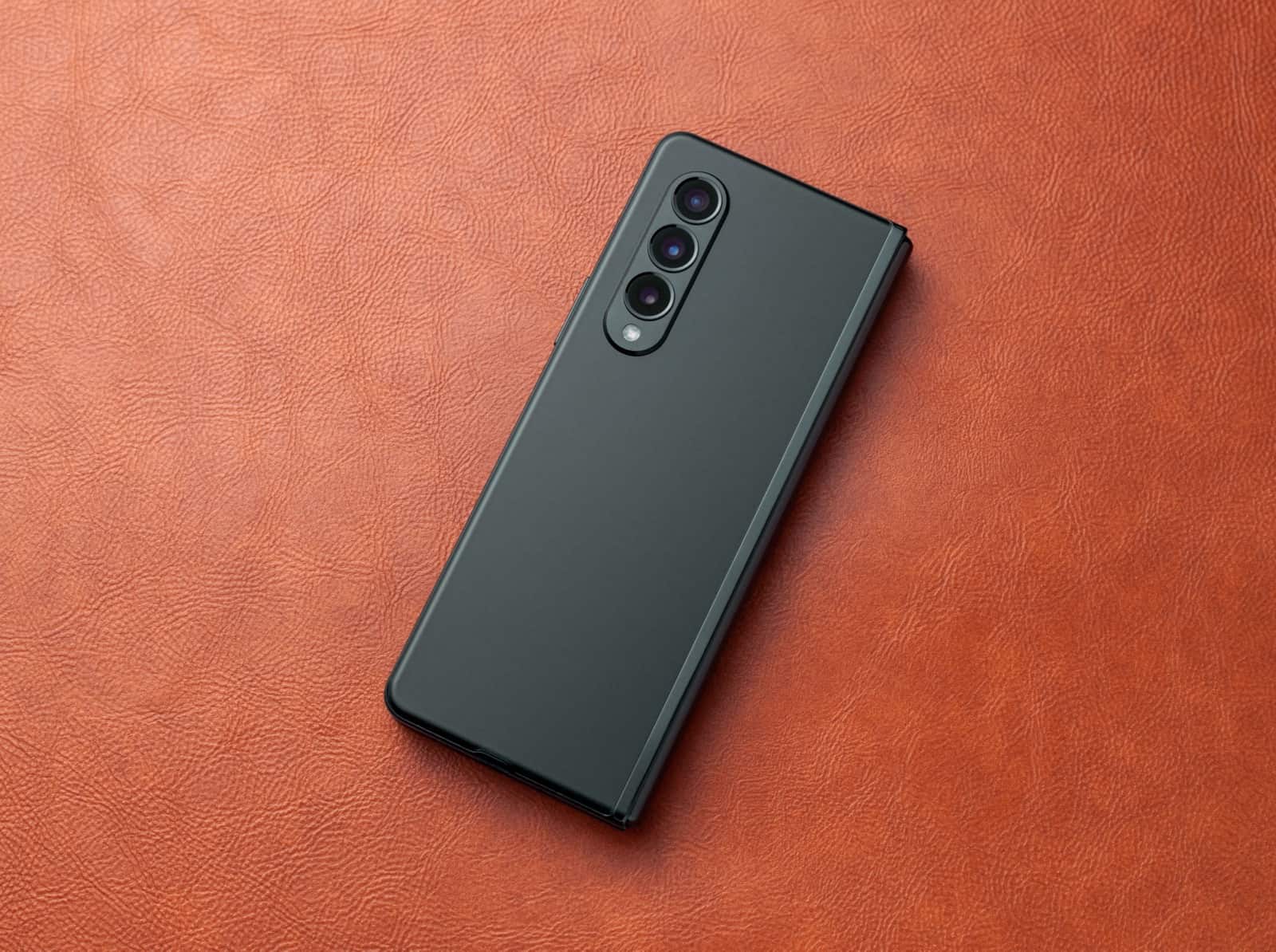 That under-display camera is actually visible, it will seem as it has a really thick web on it. It’s not as well hidden like the one on the Mi MIX 4, for example. Anyhow, what’s the performance like? Well, needless to say, the performance of rear-facing cameras is as you’d expect. The photos from the two devices look very similar, some are even so similar that you can’t tell the difference. Those cameras have performed really well for the Z Fold 2, and will for the Z Fold 3, but they’re not the top of the line. The Galaxy S21 Ultra trumps them, for example, and that’s just an example from Samsung’s very own lineup.

Those cameras can provide a good dynamic range, colors, and the images do end up being quite sharp. They perform really well in low light scenarios as well. Focusing is not an issue on either phone. In regards to front-facing cameras… the 10-megapixel camera performs way better than a 4-megapixel under-display one. It offers better colors, while it ends up being sharper as well. That 4-megapixel under-display camera does tend to provide somewhat washed-out images, the colors tend to be very muted in comparison.

Both the Galaxy Z Fold 2 and Z Fold 3 include stereo speakers. Both sets of speakers are fairly good. They do get quite loud, and are tuned by AKG. The soundstage is quite wide, and the sound is well balanced across the spectrum. The vocals are clear… all in all, the speakers are really good.

Something similar can be said for the sound coming from the phone once you hook up a good set of headphones. You’ll enjoy the sound coming from it, as long as you manage your expectations and remember these two devices are phones, not stereo systems. Neither of them has an audio jack, though, so you’ll need to use a Type-C USB port, or Bluetooth in order to connect them.