Huawei has recently announced its second-gen foldable smartphone, the Huawei Mate X2. That device is a lot more similar to what Samsung has to offer, than the first-gen model was. Therefore, comparing the Samsung Galaxy Z Fold 2 vs Huawei Mate X2 seems to be the right thing to do. These two phones have a lot in common, when it comes to the design, at the very least.

Samsung is leading the foldables race, without question, but Huawei is trying to get some of the action as well. The Huawei Mate X2 now folds in the same way as the Galaxy Z Fold 2 does, inwards. The Huawei Mate X folded outwards, and that makes all the difference. We’ll compare these two smartphones across a number of different categories, as per usual. We’ll kick things off by listing their specifications. 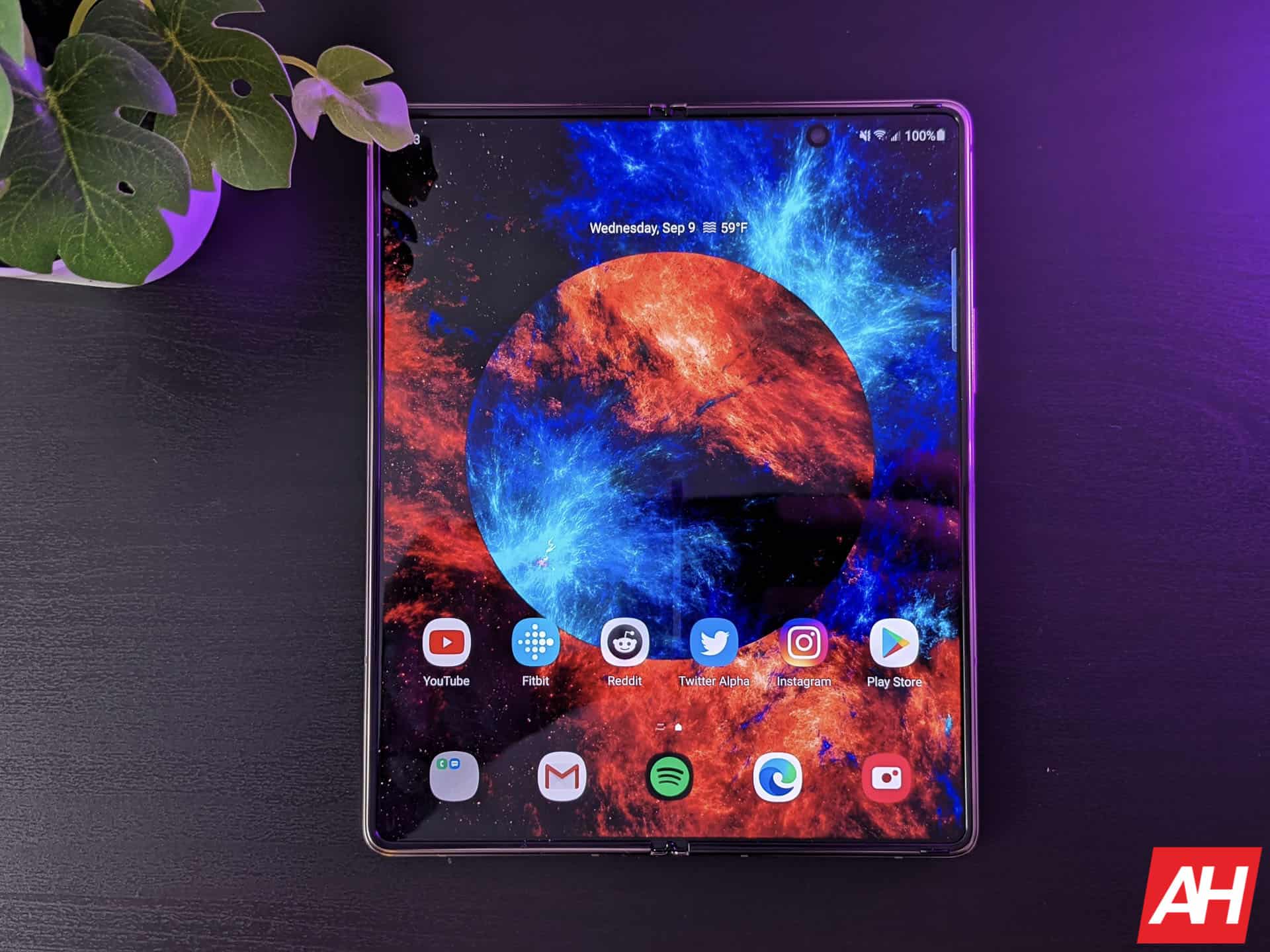 Rear camera setups are placed in the same spot on both phones. They’re located in the top-left corner on the back. The camera setups are quite different, and they look different as well. They’re both quite hefty. The Samsung Galaxy Z Fold 2 weighs 282 grams, while the Huawei Mate X2 is a bit heavier at 295 grams.

The Galaxy Z Fold 2 is shorter, narrower, and thicker than the Huawei Mate X2 when folded. When unfolded, it’s shorter, narrower, and thinner. The Galaxy Z Fold 2 is actually a lot more narrow than the Mate X2 when folded, which makes it much easier to use with one hand if needed, despite the heft and thickness. Both phones do look and feel premium, though you do need to keep in mind the heft. Using a foldable smartphone is much different than using a regular handset.

Both of these phones have two displays. That was not the case with the Huawei Mate X, but the Mate X2 did add a secondary panel. That being said, all those displays are of the OLED variety, but they’re quite different in comparison. The Galaxy Z Fold 2 features a 7.6-inch Dynamic AMOLED 2X main display with 2208 x 1768 resolution. That display offers a 120Hz refresh rate, and it supports HDR10+ content. The secondary display on the phone measures 6.23 inches, and it’s a Super AMOLED unit. That panel is protected by the Gorilla Glass Victus, and it has a resolution of 2260 x 816.

So, both phones offer fairly large main displays, though the Huawei Mate X2’s is larger. Those displays are also really good. Technically the Galaxy Z Fold 2 has a better main display, due to higher resolution, and it’s also a newer panel. Both main and secondary displays are great in both cases, though. They’re both quite vivid, and offer really good viewing angles. The Galaxy Z Fold 2’s secondary display doesn’t offer a high refresh rate, unfortunately, but that’s not exactly a huge loss.

Is the performance any good, though? Well, yes, it is. Both of these phones come with extremely powerful hardware, as they are flagship-grade phones. Their software builds are also really well-optimized, which results in an excellent performance. The Galaxy Z Fold 2 comes with the Snapdragon 865+ SoC, and modern RAM and storage unit. The Huawei Mate X2, on the flip side, is fueled by the Kirin 9000 SoC, and it also comes with newer RAM and storage builds.

In regular, day-to-day usage, both of these phones shine. They can fly through basically anything you throw at them. They’re blazing fast in browsing, taking images, consuming multimedia, and so on. Such tasks are a joy to perform on their large panels. They also handle games really well, which was to be expected considering their hardware. With the Mate X2 you’ll have access to considerably less games, though, so keep that in mind.

In regards to battery life, well, there’s nothing to worry about. Both of these phones come with 4,500mAh battery packs. Those batteries are large enough, and in combination with the provided hardware and software, they can provide plenty of use time before needing a charge. In our testing, the Galaxy Z Fold 2 can provide around 6 hours of screen-on-time, though your mileage may vary, of course.

The Huawei Mate X2 should be able to provide similar numbers. All in all, the battery life should be more than enough for most people, though, on the other hand, these two phones are meant to use as tablets, to a degree, so if you’re pushing them extra hard, you’ll need to reach for a charger before the end of the day. That probably won’t be the case for most of you, though. The good news is, if you do reach for a charger, both of them support fast charging.

Spoiler alert, both smartphones offer great camera performance. The camera setups are quite different, but both are quite effective. The Galaxy Z Fold 2 includes three cameras on the back. It has a standard combo, in addition to the main wide-angle camera, it sports telephoto and ultrawide ones. The Huawei Mate X2, on the other hand, includes those three, plus a periscope telephoto camera as well, for those crazy zooms. 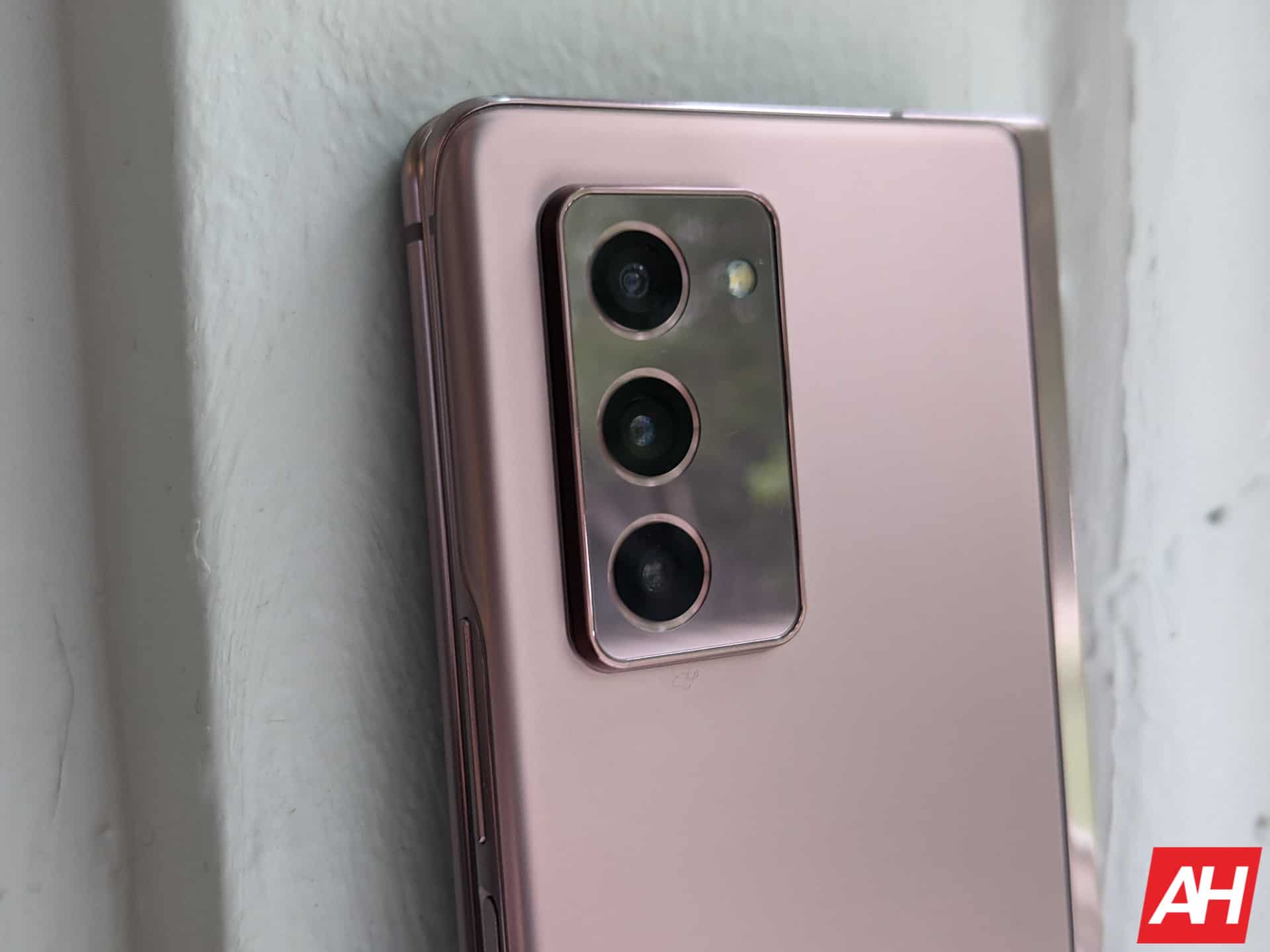 In regards to the main camera performance, well, both are excellent in daylight, while they hold their own during the night as well. The Huawei Mate X2 tends to capture a bit more detail, while the Galaxy Z Fold 2 can handle HDR shots a bit better. The Mate X2 actually has the same main sensor as the Mate 40 Pro, and that sensor really does shine. It does an excellent job in low light as well, while the Galaxy Z Fold 2 is nothing to scoff at in such scenarios either. Both allow plenty of light into a scene, and tend to balance shots really well.

Ultra-wide cameras are good on both phones, though nothing to write home about. They do a good job in low light, though not nearly as good as the main sensors. The Mate X2 provides 10x optical zoom, while the Galaxy Z Fold 2 goes up to 2x when it comes to optical zoom. Video recording is excellent on both, and they both provide 4K video recording up to 60 FPS.

First and foremost, do note that neither of these two phones provides a 3.5mm headphone jack. That is not exactly surprising, as most flagship smartphones do not these days. They do, however, include stereo speakers. Samsung’s speakers are tuned by AKG, as is the phone’s audio performance. Does it show? Well, the sound coming from the phone’s speakers is great, but the same can be said for the Mate X2 as well. It is loud and crisp, while you won’t notice any major distortions.

When it comes to audio via a good pair of headphones, well, it’s good. The vast majority of people won’t have any complaints, only audiophiles might. The sound is well-balanced, and it’s pretty much standard when it comes to flagship smartphones. They all offer good sound quality in that regard.