We’ve compared the Galaxy Z Fold 2 with the Huawei Mate X2 quite recently. Well, this time around, we’ll compare the Samsung Galaxy Z Flip vs Huawei Mate X2. The Mate X2 is considerably less similar to the Z Flip than it is to the Z Fold 2, well, at least from the design aspect. These two phones also cater to different types of consumers, but still, they’re both foldable, and worth comparing.

The Galaxy Z Flip has been in the market since February last year, while the Mate X2 launched quite recently. The Mate X2 actually launched in China only, for now, at the time of writing this comparison. Still, Huawei is almost certainly planning to launch it in more markets soon. The Mate X2 is a considerable step away from the Mate X design, as Huawei looked to make it more similar to Samsung’s Galaxy Z Fold 2. It seems like Samsung hit the sweet spot with that design.

We’ll compare these two phones across a number of categories, and allow you to see which one suits you best. Before we begin, it is worth noting that the Huawei Mate X2 is a lot more expensive than the Galaxy Z Flip, as you’ll see below. Having said that, let’s compare the Samsung Galaxy Z Flip vs Huawei Mate X2.

First and foremost, let’s just say that both devices are made out of metal and glass. When folded, the Galaxy Z Flip is considerably smaller than the Huawei Mate X2. When unfolded, though, it’s taller than Huawei’s foldable. These two phones are entirely different products. The Galaxy Z Flip is a phone that folds into something even more compact. The Huawei Mate X2 is essentially a tablet that folds into a smartphone form, and vice versa. 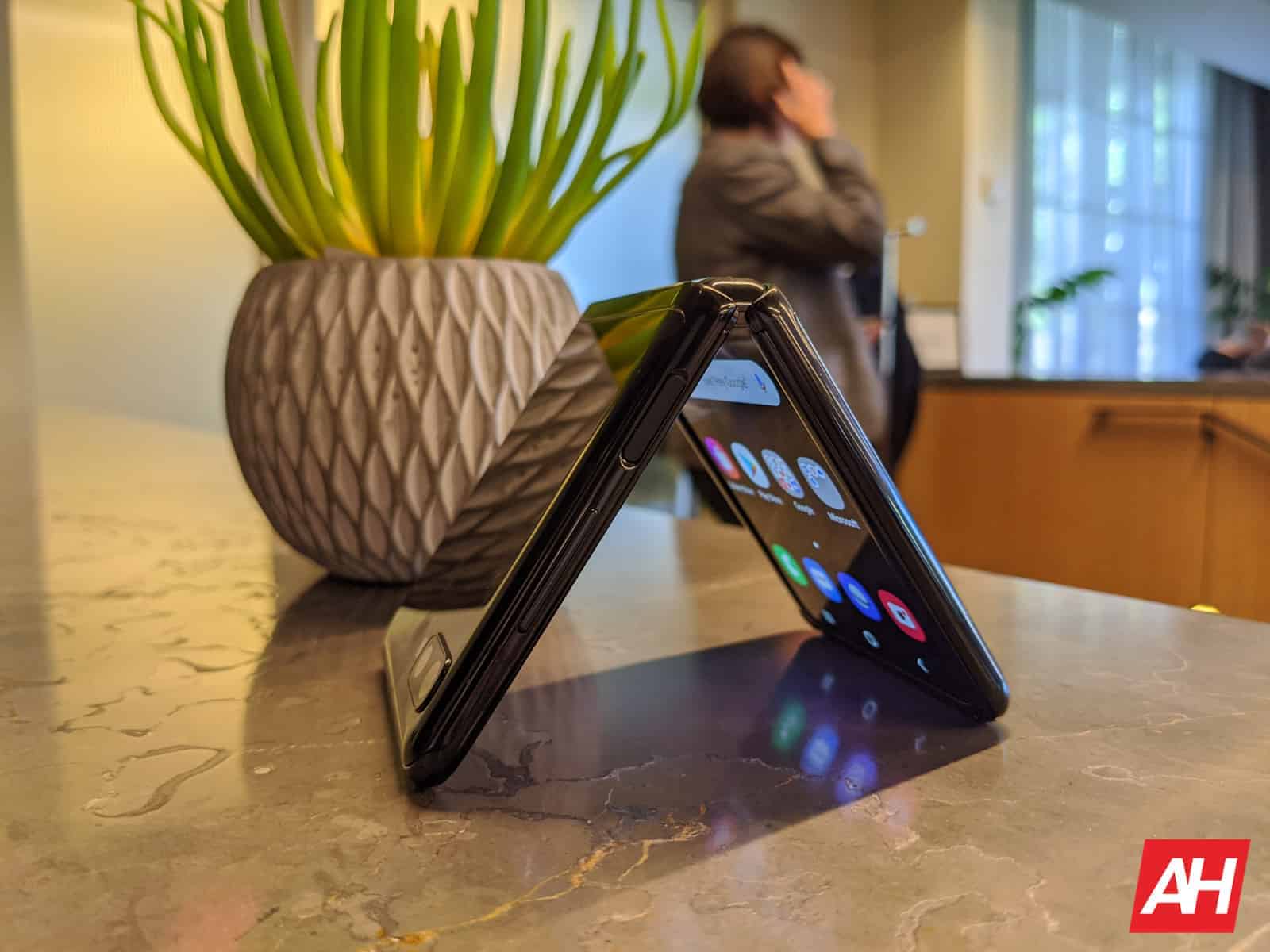 So, it’s all a matter of what you prefer. If you want an even larger canvas than your smartphone has to offer, the Huawei Mate X2 provides that. The Galaxy Z Flip, on the other hand, becomes extremely small when folded. Both phones have really thin bezels, and two displays, which we’ll talk about in the next section. The Galaxy Z Flip has a display camera hole on its main display, and it’s centered. The Huawei Mate X2 has a pill-shaped display camera hole on its secondary display, and it’s placed in the top-left corner.

Now, in regards to displays. Both of these phones offer two panels, and those panels are considerably different. The Galaxy Z Flip includes a 6.7-inch fullHD+ Dynamic AMOLED main display. That display does not offer a high refresh rate, but it does support HDR10+ content. In addition to that main display, a tiny 1.1-inch Super AMOLED panel is included on the back of the device. Well, that rear-facing display becomes front-facing when the phone is folded.

The Huawei Mate X2, on the other hand, includes an 8-inch 2480 x 2200 foldable OLED main display. That display offers a 90Hz refresh rate. The phone’s secondary display measures 6.45 inches, and this is also an OLED display, though not a foldable one, of course. This display also offers a 90Hz refresh rate, by the way, and we’re looking at 2700 x 1160 resolution here. The Mate X2’s secondary display is almost as big as the Galaxy Z Flip’s main panel, but not quite.

Are these displays any good, though? Well, yes, they are. They might not be the best displays in the market, but very few people will find something to complain about. Both panels on the Huawei Mate X2 offer great contrast, vivid colors, and great viewing angles. The same can be said for the Galaxy Z Flip’s main display. You will notice the difference in refresh rate, though, at least some of you will. The secondary panel on the Galaxy Z Flip is okay, but it’s really tiny, and is meant to be used for specific things only. It’s a really usable ticker display.

When it comes to performance, there’s nothing to worry about here. Both of these smartphones are quite powerful, and performance should not be an issue whatsoever, at least in the foreseeable future. The Galaxy Z Flip is fueled by the Snapdragon 855+ (the Snapdragon 865+ in the 5G model), which is far from being Qualcomm’s most powerful SoC at this point, but it’s still a really good performer. That combined with the phone’s other specs, and Samsung’s software, make the phone work really well.

The Huawei Mate X2 is technically more powerful. It comes with Huawei’s latest Kirin 9000 SoC, which is a 5nm processor. That chip is immensely powerful, and you should not encounter any issues in performance whatsoever. One thing worth noting is that the Mate X2 comes without Google services. Not only because it launched in China only for now, but its global variant will also ship with HMS instead of GMS. That shouldn’t result in any difference in performance, but it’s worth noting.

Both of these phones can run the most demanding games without a problem. The Huawei Mate X2 will handle such games with more ease, though, due to extra power, but you shouldn’t have issues with either. Regular, day-to-day tasks are a breeze for both smartphones. They can handle multitasking, multimedia consumption, browsing, taking images and videos, and various other tasks without a problem.

The Samsung Galaxy Z Flip comes with a 3,300mAh battery. The Mate X2, on the other hand, features a 4,500mAh battery. The thing is, the Mate X2 does offer a higher refresh rate, and it also has two rather power-demanding displays to run. Neither of these phones are amongst the best in the market when it comes to the battery life, and your battery longevity will depend on your usage, of course.

Considering that these are foldable smartphones that have two displays, your mileage may vary a lot, depending on how you use them. If you’re constantly opening up the Mate X2’s main panel, and using it a lot more than the secondary one, you’ll feel that in the battery life department. The Galaxy Z Flip has a tiny secondary display, so chances are you’ll rely on its main panel a lot, and thus impact battery life. You can expect to get over 5 hours of screen on time with these phones, though some of you may not be able to hit that, depending on your usage. On the flip side, some of you may get a lot better battery life, it all depends on usage.

When it comes to cameras, both smartphones have a lot to offer. The Galaxy Z Flip comes with two 12-megapixel cameras, while the Mate X2 offers four units on the back, led by a 50-megapixel sensor. Both have ultra-wide cameras as well, while the Mate X2 also adds telephoto and periscope cameras to the game. Needless to say, zoom-in photos are the Mate X2’s forte, without a doubt, as the Galaxy Z Flip does not offer optical zoom. 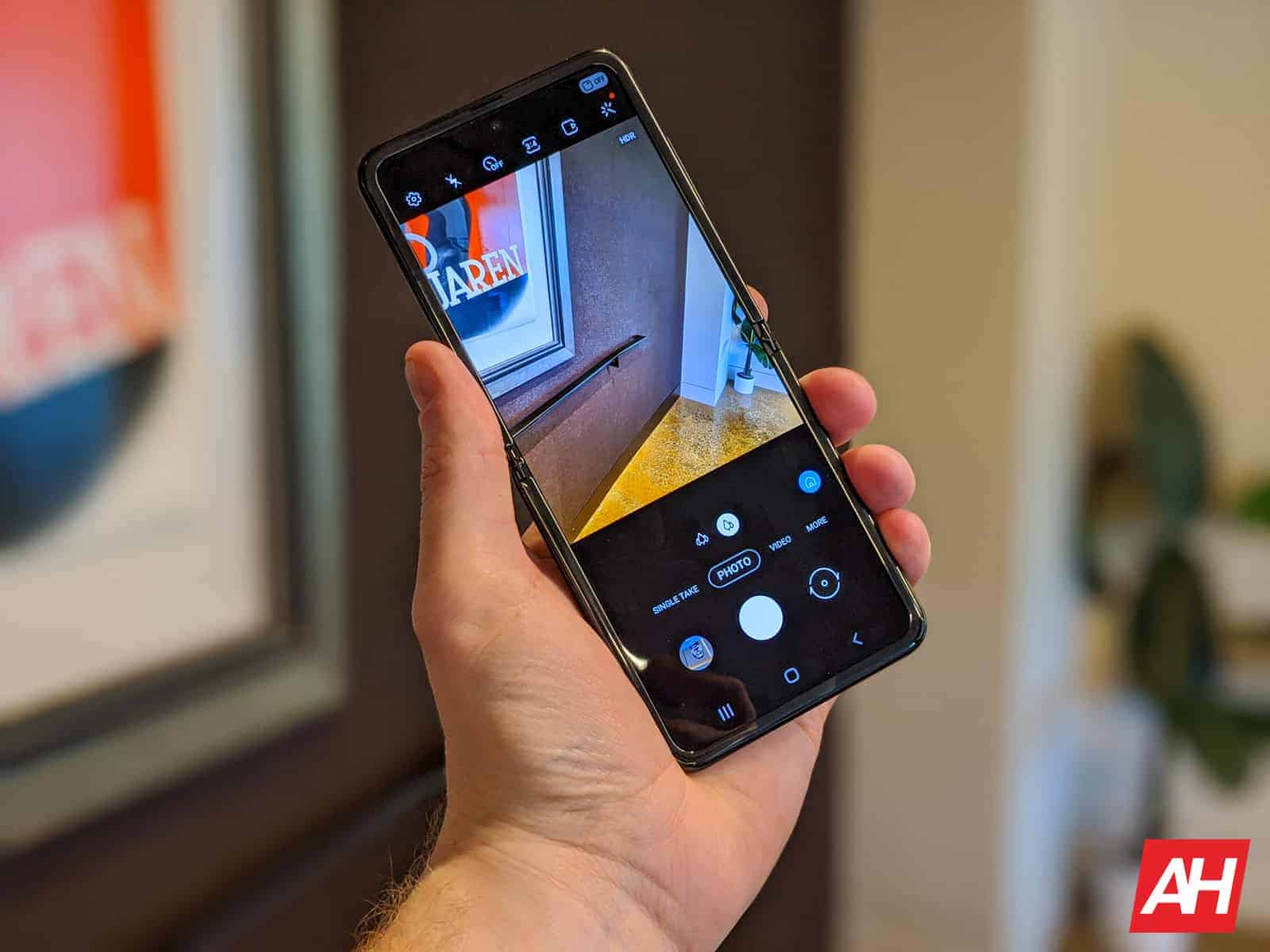 When it comes to audio, the Huawei Mate X2 does have an advantage in the form of stereo speakers. The Galaxy Z Flip comes with a single speaker that is bottom-firing. That speaker is good, but it cannot compete with a stereo speaker setup. Speaking of which, the speakers on the Mate X2 are quite good. You’ll get crisp audio, and they do get quite loud, with minimal distortion at the highest of volumes.

Neither of the two phones include a 3.5mm headphone jack. That is a shame, if you need it, if not, you probably don’t care all that much. Many users did switch over to wireless earphones / headphones, that’s just the way it goes. You can also use a dongle to connect your wired headphones, though, of course. All in all, audio is really good on both, though it’s a shame the Galaxy Z Flip doesn’t offer more than one speaker.