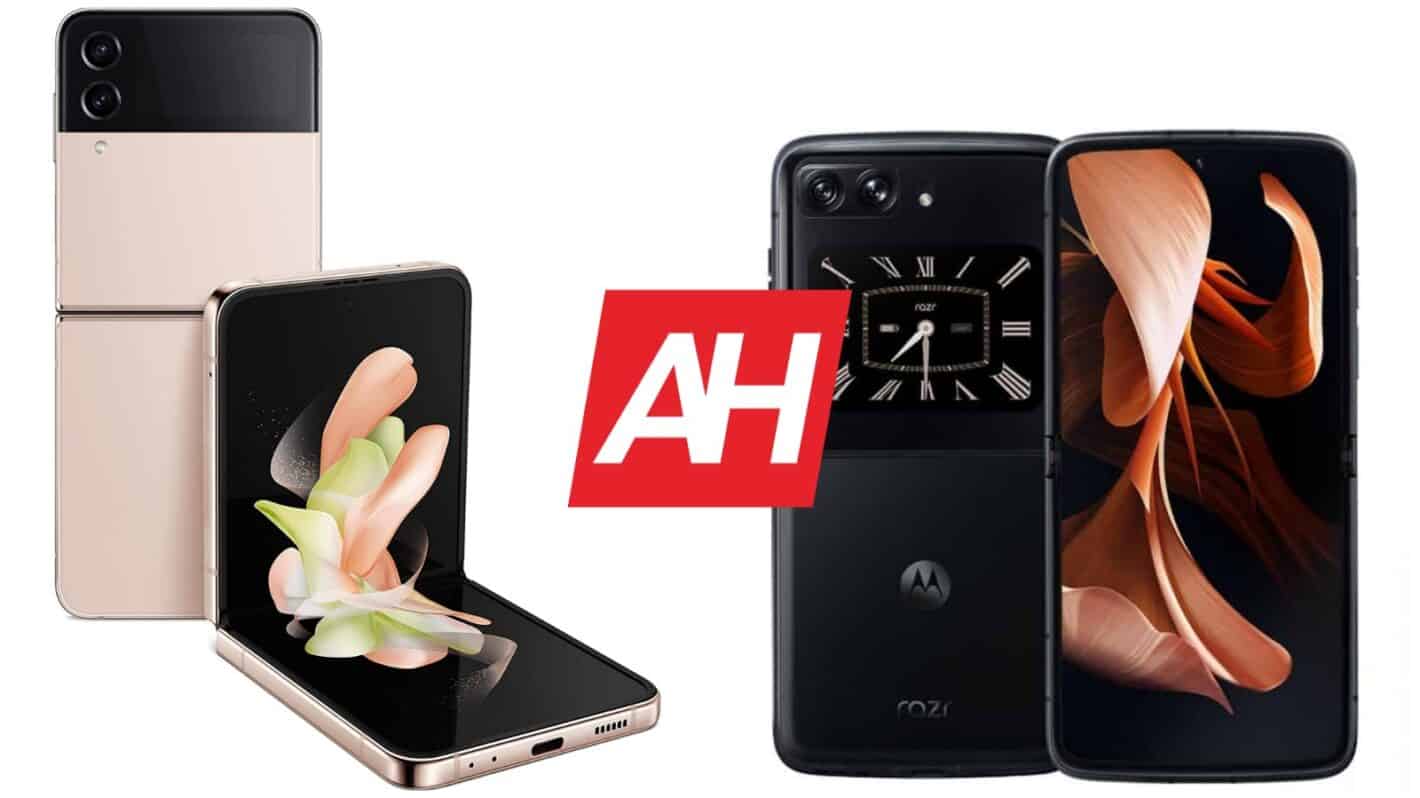 Both Samsung and Motorola announced new clamshell foldables not long ago. In this article, we’ll compare them, the Samsung Galaxy Z Flip 4 vs Motorola Razr 2022. Motorola actually changed the design of its new foldable, compared to the previous-gen model, and it now resembles the Z Flip 4 even more. The two phones are easy to differentiate from the design standpoint, though.

They do have some design similarities, though. They also share some internals, but for the most part, they’re quite different. It’s also worth saying that they’re both high-end devices, but the Motorola Razr 2022 still didn’t launch globally at the time of writing this article. The Motorola Razr 2022 is a bit more affordable, but when/if it comes to global markets, chances are it will have a similar price tag as the Galaxy Z Flip 4.

Both of these phones are made out of metal and glass. The Galaxy Z Flip 4 includes Gorilla Glass Victus+ on the back, while the Razr 2022 has Gorilla Glass 5. They both have a centered display camera hole, and a slightly different shape overall. The Razr 2022 is curvier on all sides, pretty much. The Galaxy Z Flip 4 prefers the boxy look. Both devices include two cameras on the back, though they look different.

The Galaxy Z Flip 4’s cover display sits right next to its cameras, while the Razr 2022’s is located below them. The hinge is hidden on both phones when they’re folded, while they’re both quite slippery in the hand. Using a case considering how slippery and expensive they are may not be a bad idea. The Galaxy Z Flip 4 is water resistant, it’s IPX8 rated. The Motorola Razr 2022 has a water-repellent coating, but no official IP rating.

They include the same-size main display, while Motorola’s cover panel is considerably larger, more on that later. When unfolded, the Razr 2022 is slightly taller, while it is considerably wider than the Galaxy Z Flip 4. The Razr 2022 is also thicker than Samsung’s foldable, and a bit heavier as well. The Galaxy Z Flip 4 weighs 187 grams, while Motorola’s offering weighs 200 grams. You will feel the difference in width, that’s for sure. They both do feel premium in the hand.

These two phones have a main display of the same size, but they’re not identical panels, not at all. The Galaxy Z Flip 4 features a 6.7-inch fullHD+ (2640 x 1080) Foldable Dynamic AMOLED 2X panel. That display offers a 120Hz refresh rate, and it’s flat. It also supports HDR10+ content, and gets up to 1,200 nits of peak brightness. The cover display on the phone measures 1.9 inches, and it’s a Super AMOLED display. It has a resolution of 260 x 512, and it’s protected by the Gorilla Glass Victus+. 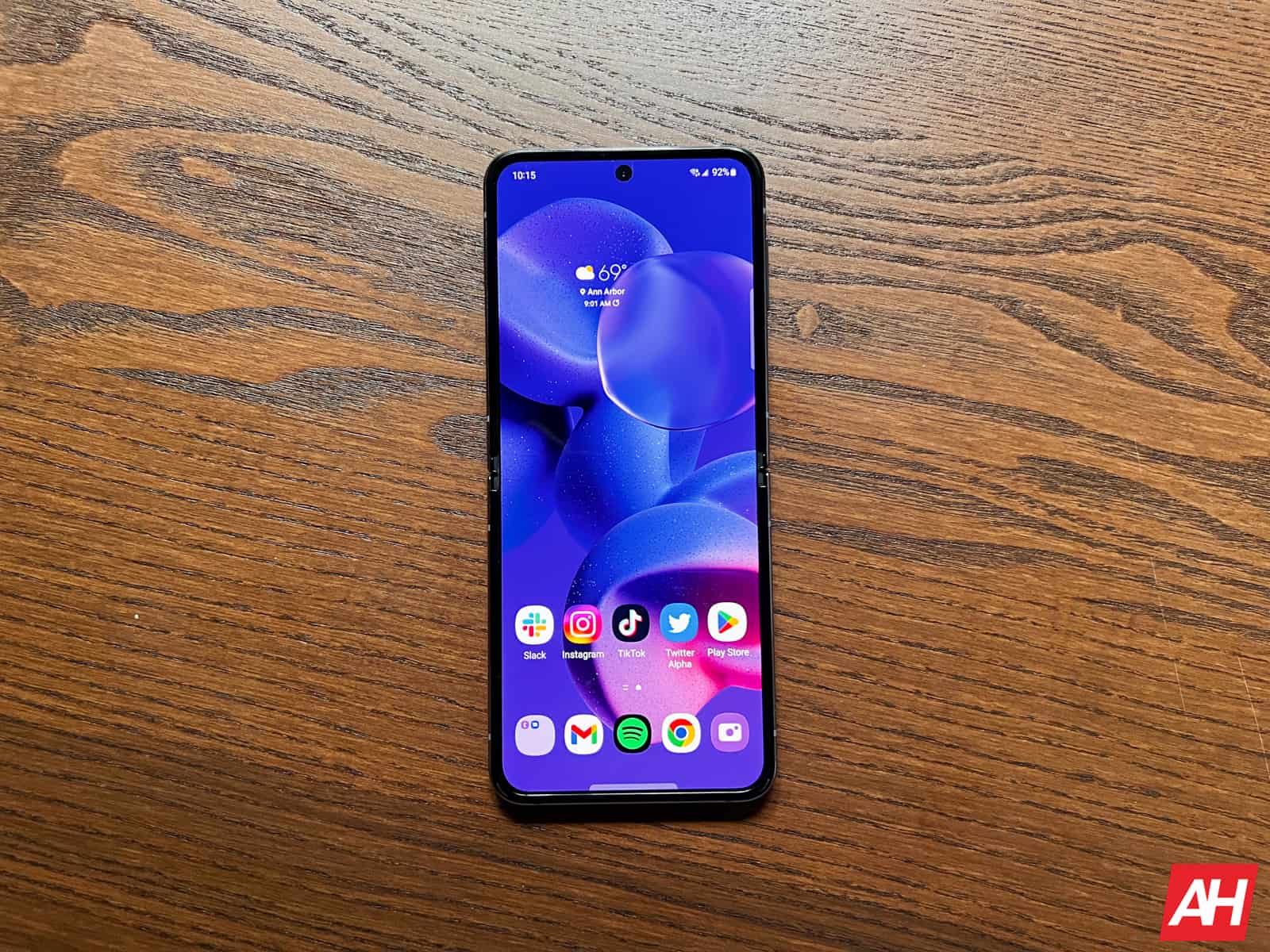 All four displays are of good quality. They’re not the best around, but excellent nonetheless. The Galaxy Z Flip 4’s main panel does get a bit brighter than the unit on the Razr 2022, but not by much. All displays have really good touch sensitivity, good viewing angles, and are quite responsive in general. They are also quite vibrant, and more than sharp enough. We basically don’t have any complaints on these panels. One thing to note is that the crease on the Galaxy Z Flip 4 is more prominent than the one on the Razr 2022.

Both of these smartphones are fueled by the Snapdragon 8+ Gen 1 SoC. That is one of the best mobile processors in the market at the moment. Both phones combine that with LPDDR5 RAM and UFS 3.1 flash storage. The Galaxy Z Flip 4 ships with 8GB of RAM, while the Motorola Razr 2022 comes in both 8GB and 12GB RAM flavors. Both phones also combine all that with Android 12, and custom skins.

Does that result in good performance? Well, yes, it does. There’s not much to complain about performance-wise. Regardless of which display you use, and what you do with the phone, they’re powering through all that without a problem. Occasional stutters are a possibility, but nothing more than that. Playing graphically-intensive games is not a problem for either of these phones either. That is to be expected considering their internals and price tag. They also don’t heat up all that much. They get warm during gaming (that goes for their main displays as well), of course, but not too hot or anything of the sort.

The Galaxy Z Flip 4 comes with a 3,700mAh battery, while the Motorola Razr 2022 includes a 3,500mAh battery. Both phones come with improved battery capacity, and also improved battery life in general. We didn’t get a chance to test out the Motorola Razr 2022 yet, plus the global model will probably have different battery stats. The Galaxy Z Flip 4 does offer noticeably better battery life than its predecessor.

The Galaxy Z Flip 3 was constantly dying on us in the middle of the day, but the same cannot be said for the Galaxy Z Flip 4. Truth be said, its battery life is still not stellar, but it’ll get most people through the day without the need to charge it up. That improvement comes as a combination of added battery capacity, and the Snapdragon 8+ Gen 1’s power efficiency.

What about charging? Well, the Galaxy Z Flip 4 offers 25W wired charging, while the Motorola Razr 2022 supports 33W charging. The Razr 2022 will charge up noticeably faster, not only because of the charging speed, but also its lower battery capacity. The Galaxy Z Flip 4 also supports 15W wireless charging, and 4.5W reverse wireless charging. Motorola’s smartphone is limited to wired charging. 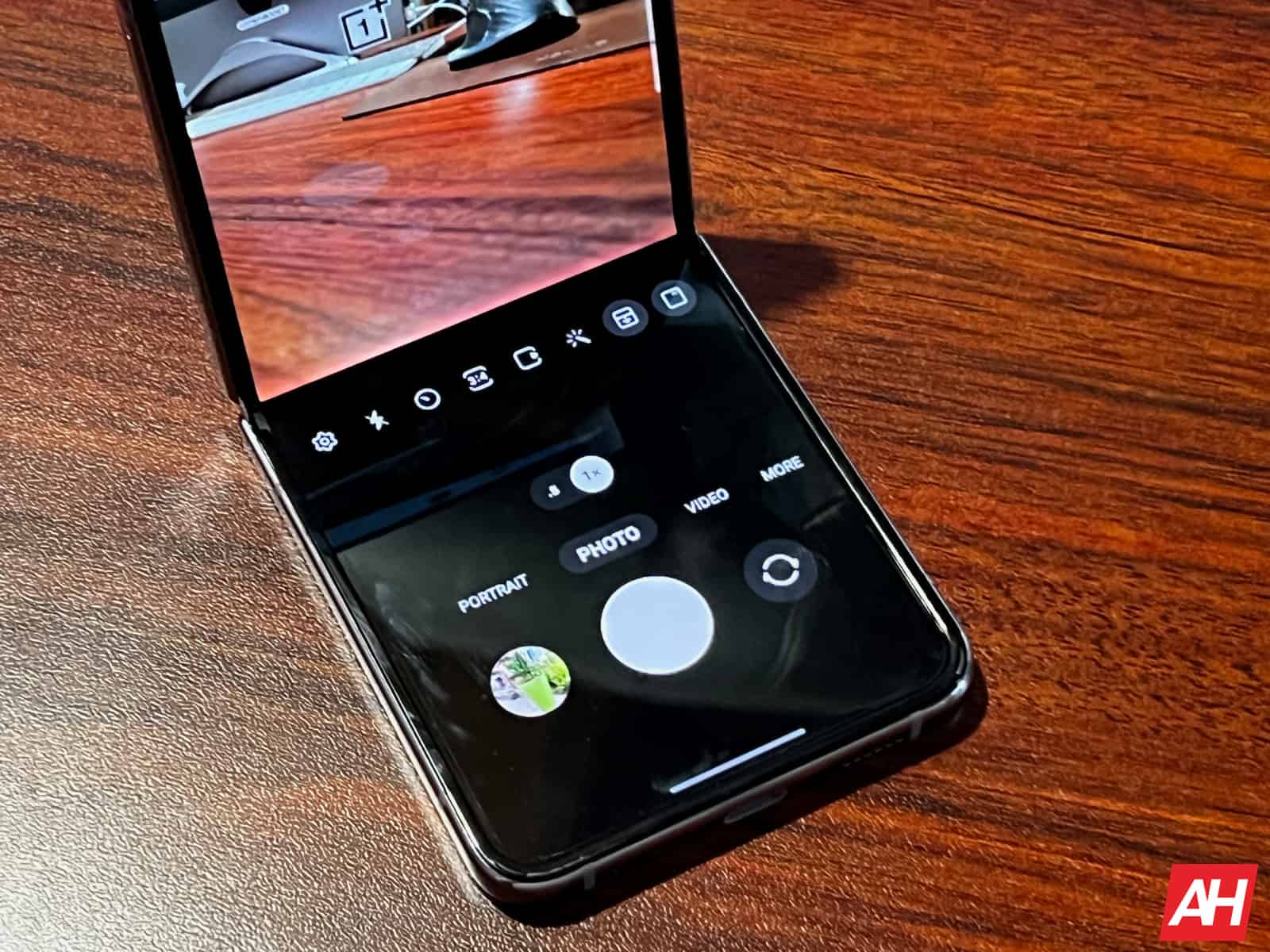 The Galaxy Z Flip 4 does offer improved camera performance compared to its predecessor. That is not surprising considering a new sensor that is included. It offers more sharpness, and more vivid images. The images turn up quite color-rich, and the phone does well in high dynamic range situations. It also does a good job in low light, but not as great as some other premium devices out there.

The Motorola Razr 2022 can provide good images, but they do tend to look a bit muted compared to the Galaxy Z Flip 4. Some people will prefer that, though. Low light performance is good, but not excellent. Ultrawide cameras do a good job on both phones, though nothing out of the ordinary. Selfie cameras provide considerably different results, though we prefer the one on the Galaxy Z Flip 4.

Both of these devices do include a set of stereo speakers. That is expected out of high-end devices these days, well, even mid-range ones. Are those speakers any good, though? Well, yes, they are. The Galaxy Z Flip 4’s sound is tuned by AKG, and the phone provides 32-bit audio. The speakers on the Motorola Razr 2022 are not as sharp, and are also slightly less clear, but they’re good nonetheless.

What about the audio jack? Well, you won’t find it on either one of these phones. You can choose to use the Type-C port for your audio needs, or utilize Bluetooth. The Galaxy Z Flip 4 is equipped with Bluetooth 5.2, and we believe the same is the case with the Motorola Razr 2022, but we cannot confirm that.