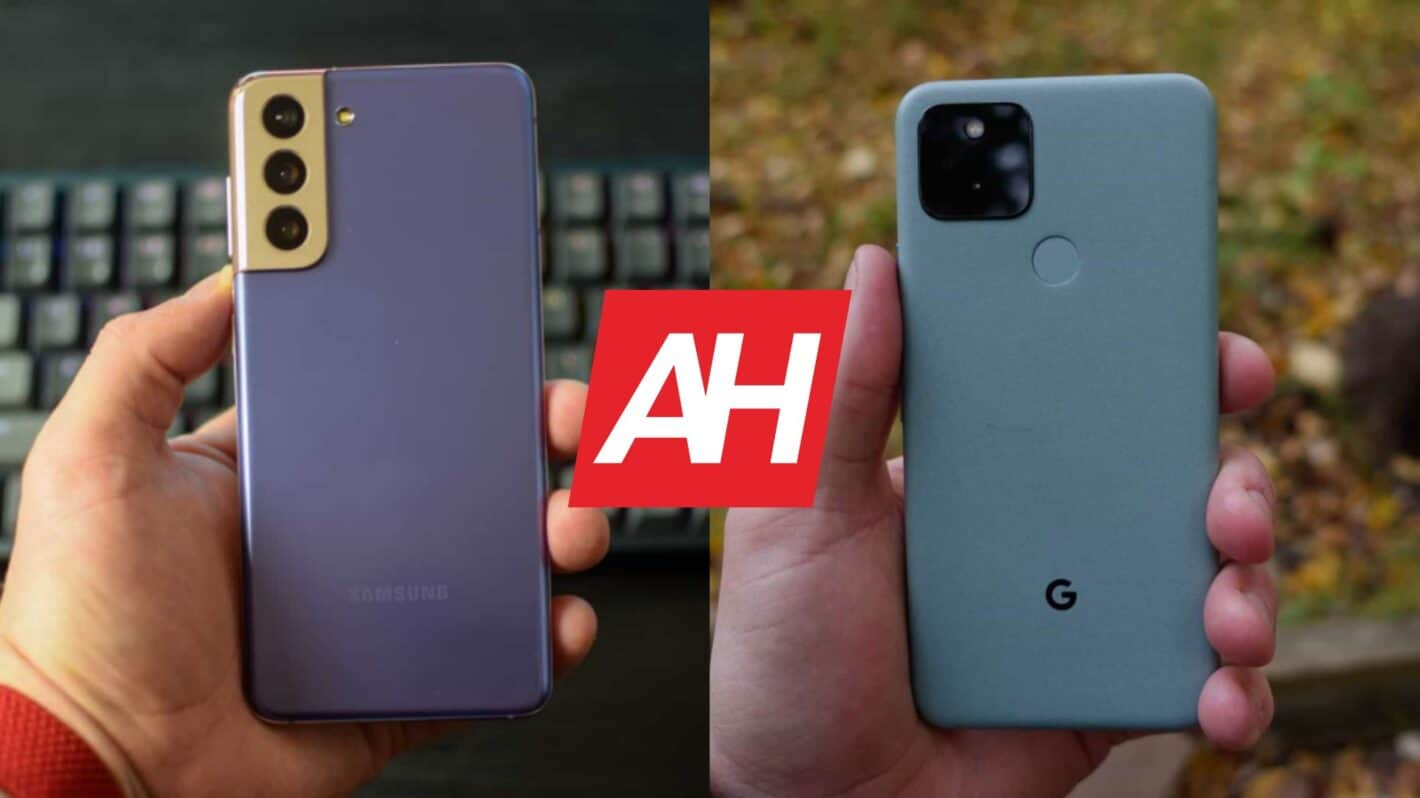 The Samsung Galaxy S21 vs Google Pixel 5 comparison is here. Both of these phones are considered to be somewhat compact, and on top of that, they’re also flagship handsets for their companies. Well, the Galaxy S21 is one of Samsung’s flagships, it’s a part of the flagship series. Having said that, considering their similarity in terms of display size, and ultimately physical size as well, it seemed a good idea to compare them.

Truth be said, the Galaxy S21 is a bit more expensive than the Google Pixel 5, but the difference is not that big. These two phones do take rather different approaches to design, though, while their specifications are also vastly different. It will be interesting to compare them, that’s for sure. We’ll kick things off with a spec comparison, and move to various other categories from there.

When it comes to the design, the Galaxy S21 and Google Pixel 5 are not that similar. The Galaxy S21 is made out of metal and plastic, it comes with a plastic backplate. The Google Pixel 5 is made out of metal, with a resin layer on the back and most of its sides. Both devices have extremely thin bezels, and a display camera hole. That display hole is placed in different spots on these two phones, the Pixel 5’s is moved to the side, while the one on the Galaxy S21 is centered.

Both smartphones offer flat displays, and do feel considerably different in the hand. The rear camera modules also look considerably different in comparison. The Galaxy S21’s is an extension of the phone’s frame. The camera housing on the Google Pixel 5 is rectangular, and it’s also placed in the top-left corner. The Pixel 5 includes a rear-facing fingerprint scanner, a capacitive one, while the Galaxy S21’s is hidden below the display. 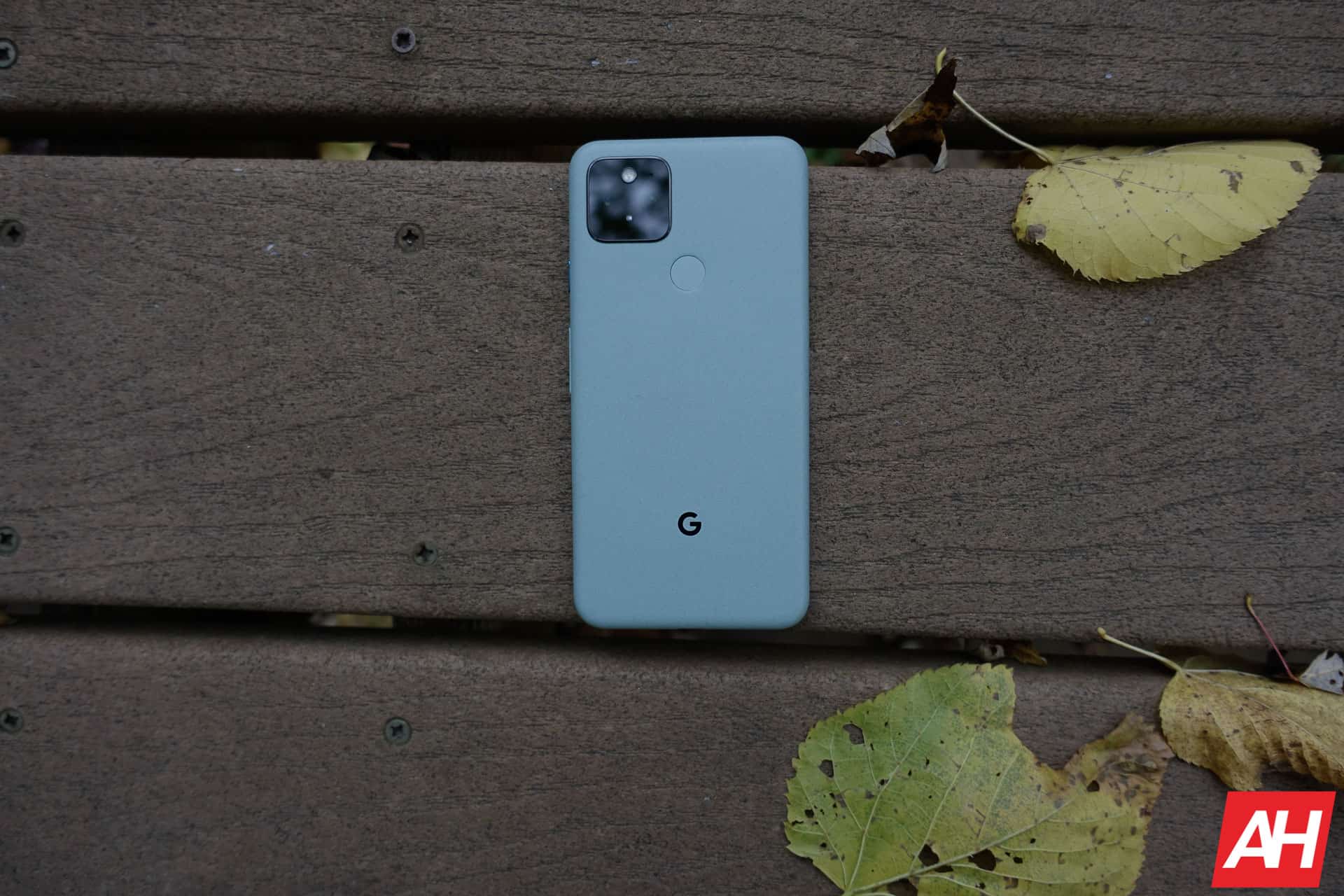 When it comes to size, the Galaxy S21 is a bit larger. It also comes with a slightly larger display. The Galaxy S21 is taller, wider, and offers almost the same thickness as the Pixel 5. It is 18 grams heavier than what Google has to offer. The battery capacity inside is the same, by the way, so that doesn’t affect the weight difference. Both of these phones are compact in comparison with most of today’s flagships, that’s for sure. They’re not small, though. Both feel really good, though, they’re well-built, that’s for sure.

The Samsung Galaxy S21 features a 6.2-inch fullHD+ display. It is a Dynamic AMOLED 2X panel, with a 120Hz refresh rate. Its refresh rate is adaptive, by the way. This display is flat, and it does support HDR10+ content. It is protected by the Gorilla Glass Victus. The Google Pixel 5 panel, on the other hand, is a 6-inch fullHD+ (2340 x 1080) one. This is a 90Hz OLED display, which also supports HDR10+ content, and it’s also flat. This panel is protected by the Gorilla Glass 6.

So, the Galaxy S21’s panel does offer a higher refresh rate, though both feel extremely smooth, as neither comes with a 60Hz refresh rate. Having said that, both panels look really good, to say the least. Both offer punchy colors, and really good viewing angles. The Galaxy S21’s display does seem to be a bit more vivid in comparison, though. It also gets brighter than the Pixel 5’s display. The Pixel 5’s panel could be a bit brighter in direct sunlight.

Black are deep on both displays, as you’d expect considering these are OLED panels. There’s not much to complain about here, to be quite honest. The only complaint when it comes to the Pixel 5 panel is brightness in direct sunlight, but other than that, both displays are excellent. The vast majority of users will be more than happy with them, they’re also more than sharp enough. Noticing the difference between these and QHD+ panels is almost impossible.

What good is a smartphone if its performance is not up to par? Well, you’ll be glad to know that both of these perform admirably. The Galaxy S21 is a considerably more powerful smartphone on paper, though. It comes with the Snapdragon 888 or Exynos 2100 SoC, depending on the region. The Google Pixel 5 is equipped with the Snapdragon 765G processor, which is inferior in pretty much every way.

That is not something you will notice in day-to-day performance, though. Both phones will be snappy at all times, no matter what you do. Browsing the web, consuming multimedia, taking pictures and videos, etc. Even when it comes to gaming, they’re both really good. The Galaxy S21 will load games faster, though, as it’s more powerful, and it also may handle some graphically-intensive games better. Other than that, both are extremely snappy, so that’s not something you should be worried about.

Other than the SoC difference, the Galaxy S21 also comes with faster RAM and storage. In theory, it should stay fast longer than the Google Pixel 5. The Pixel 5 does come with stock Android, though, which will help with its performance in the long run. At the moment, though, both of these phones perform admirably, even though the Galaxy S21 is a more powerful device on paper. If that’s something that you care about, do note the difference.

In regards to the battery, both devices are well-equipped. Both phones come with a 4,000mAh battery (well, the Pixel 5’s is actually 4,080mAh), which is enough to offer good battery life, in combination with their software and internals. The Galaxy S21 does have a larger display, and a more powerful SoC. Still, both devices are great in the battery life department. Chances are that you’ll be able to go north of 6 hours of screen-on-time on both phones.

We’ve been able to cross that point, and then some, on both phones. The Galaxy S21 is still being tested, at least it was at the time of writing this article, but the battery life is good, that’s for sure. The Pixel 5’s battery was excellent since we first started testing it, it often goes north of 6.5-7 hours of screen-on-time. Your mileage will vary, though, of course. Each of us use our phones differently.

In the camera department, both phones are excellent. The Galaxy S21 comes with three cameras, wide, telephoto, and ultra-wide ones. The Pixel 5 packs two, wide and ultra-wide cameras. The main sensor on both phones is a 12-megapixel one, though it’s a considerably different sensor. The Pixel 5 relies on quite an old sensor and Google’s post-processing, while the Galaxy S21 has a newer sensor with good processing as well. 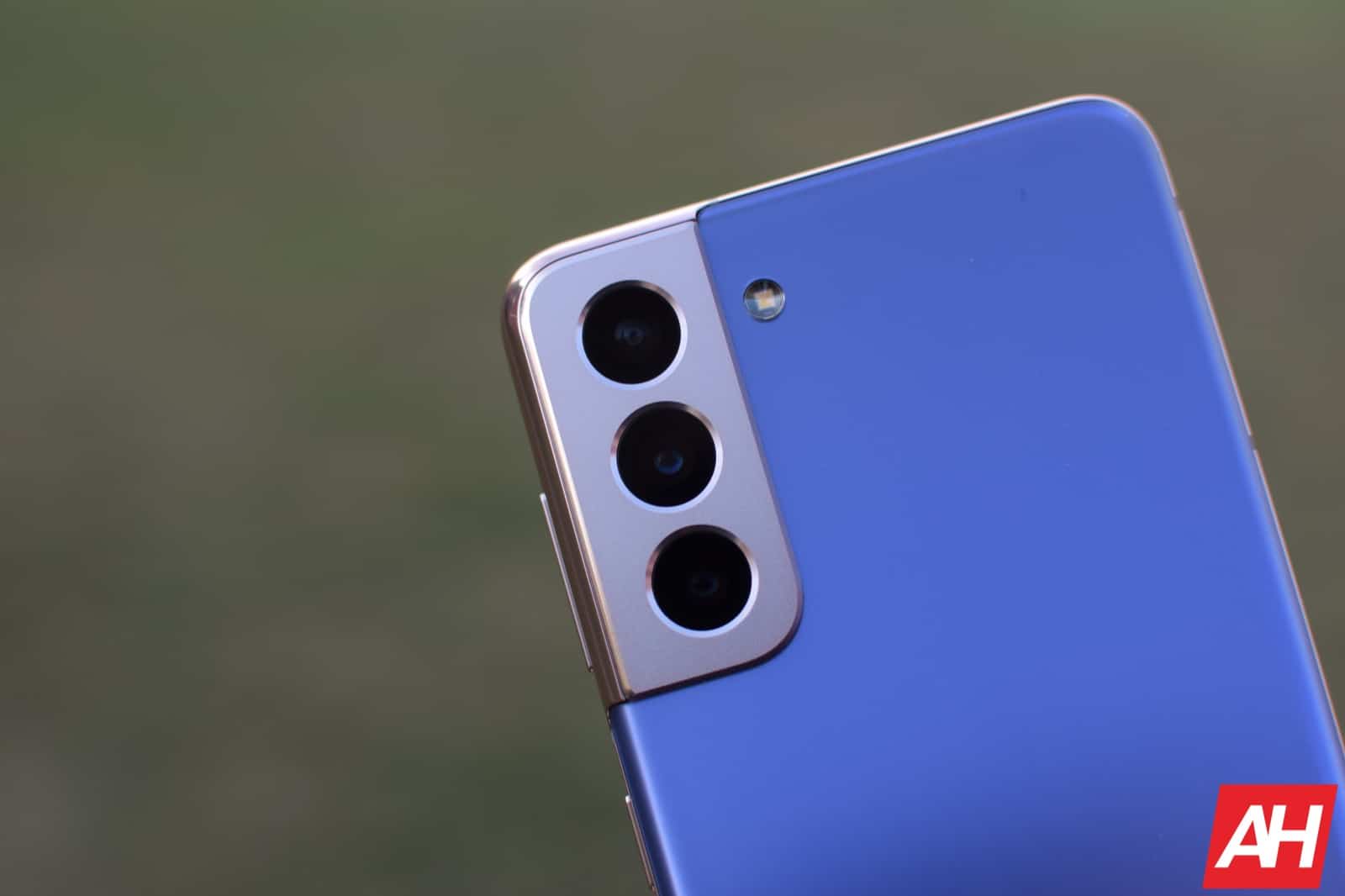 That main sensor can capture great shots in pretty much all lighting conditions on both devices. You’ll get plenty of sharpness during the day, and both phones handle HDR really well. The Pixel 5 may have a slight advantage when it comes to HDR and low-light photos, though. The Galaxy S21 does emphasize colors in a really nice way, and it’s definitely an improvement over the Galaxy S20. Video capturing on both phones is really good, though the Galaxy S21 does offer more versatility in that regard.

Ultra-wide cameras do an excellent job on both devices, even when there’s not much light included in a frame. 3x hybrid zoom on the Galaxy S21’s telephoto camera also does a really good job. All in all, both of these camera setups are excellent, amongst the best you’ll find in a smartphone.

If you hook up a pair of earphones, you can expect some good sound as well, on both devices. The difference is not that big, but we did notice that a fuller sound is coming from the Galaxy S21. The difference is not that big at all, but it’s something you may notice. Both phones do a pretty good job in this regard, though. It is worth saying that a 3.5mm headphone jack is not included on either device, so keep that in mind.