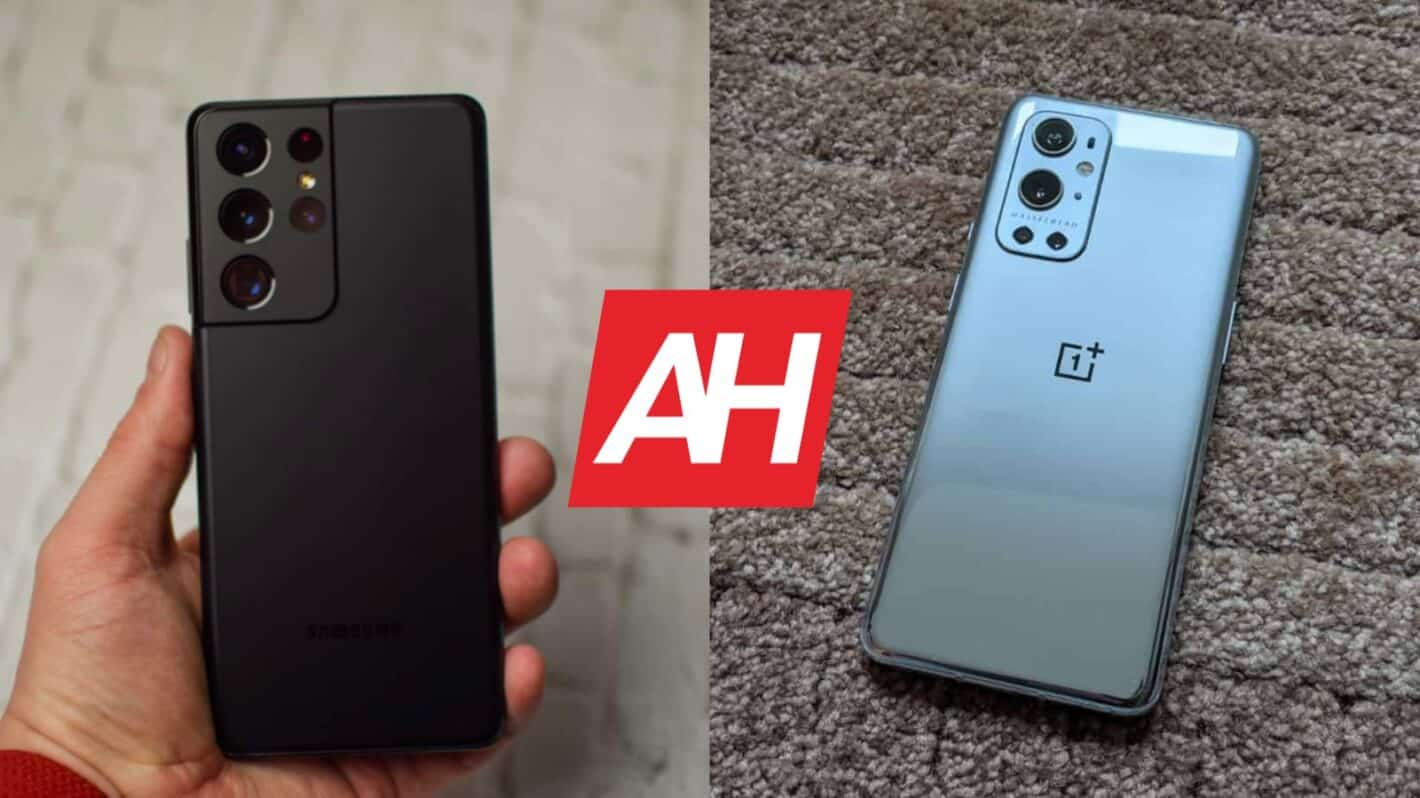 It’s time to compare the best of what Samsung and OnePlus have to offer, the Samsung Galaxy S21 Ultra vs OnePlus 9 Pro. The OnePlus 9 Pro launched quite recently (at the time of writing this article), while the Galaxy S21 Ultra arrived back in January. These two phones are a part of the same generation of smartphones, though, which makes this comparison rather interesting. The Galaxy S21 Ultra is the more expensive smartphone, but some of you may think the difference is worth forking out.

We’re here to help you make a purchasing decision, basically, based on what these two phones offer at this very moment. Is the Galaxy S21 Ultra worth the extra cash? Well, it all depends on what you’re looking for in a smartphone, of course. We’ll compare these two phones across a number of categories, to help you reach a conclusion. We’ll start off by listing their specifications, and then move to the design, display, performance, and various other aspects of these handsets. That being said, let’s kick off the Samsung Galaxy S21 Ultra vs OnePlus 9 Pro comparison, shall we.

Both of these smartphones are quite large, even though they do look noticeably different. They are both also quite slippery, as they’re made out of metal and glass. That being said, the Galaxy S21 Ultra is a bit taller, wider, and thicker than the OnePlus 9 Pro. On top of that, it’s considerably heavier. The Galaxy S21 Ultra weighs 227 grams, compared to 197 grams of the OnePlus 9 Pro. That’s a considerable difference, and you’ll feel that in the hand, that’s for sure. Neither of these two phones are one-hand devices, especially the Galaxy S21 Ultra. 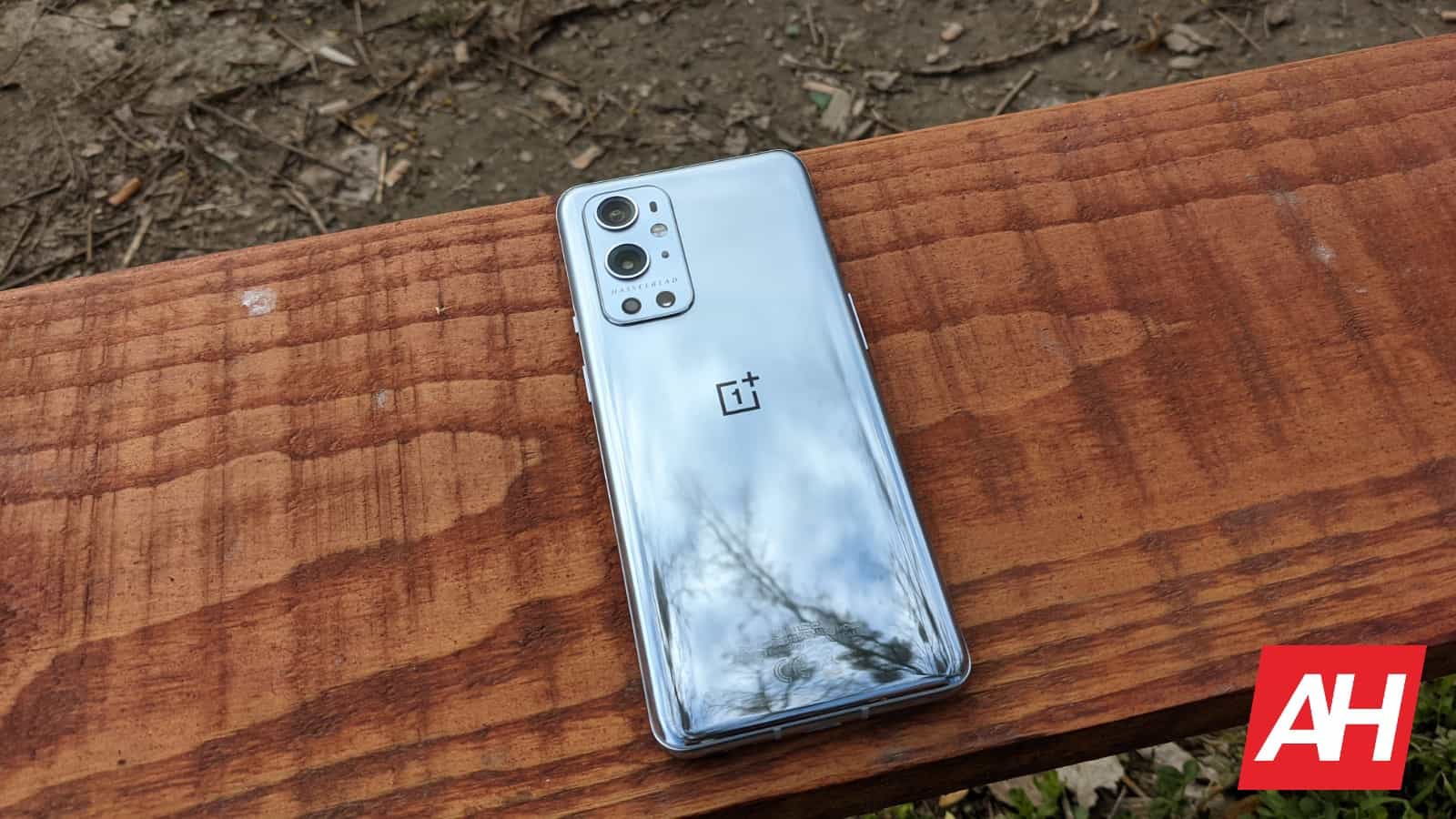 Both of these phones offer a high-end build, that’s for sure. Neither of the two companies decided to cut corners when it comes to the design. You’ll feel that premium build in both cases. Just make sure you don’t mind your phone being large, as both of them are, though the Galaxy S21 Ultra more so than the OnePlus 9 Pro. Also, you’ll probably want to use a case with both of them, as they’re quite slippery.

The OnePlus 9 Pro, on the other hand, has a slightly smaller display. It comes with a 6.7-inch QHD+ (3216 x 1440) Fluid AMOLED 2.0 display. This is also a 120Hz display, and it delivers a peak brightness of 1,300 nits. This panel does support HDR10+ content as well, and it’s protected by the Gorilla Glass 5. Both of these displays offer LTPO technology, which means they offer an adaptive refresh rate.

Are they any good? Well, these two panels are amongst the best displays on smartphones these days, easily. Both panels are not only great on paper, but in real-life use as well. They are extremely sharp and vivid, the colors are beautiful. They both get extremely bright, and outdoor use is not an issue whatsoever. If you’re worried about viewing angles, don’t be, they’re excellent on both displays. You’ll hardly find better displays out there at the moment.

Both of these phones are flagship-grade devices, but is the performance as good as it should be? Well, the short answer is, yes, it is. Both of these smartphones more than deliver in the performance department. When you pay as much for a phone, you’d expect the absolute best in regards to performance, and these two phones do offer stellar performance. Anything you can imagine doing with a phone shouldn’t be a problem for either of these handsets, pretty much.

The Snapdragon 888 SoC fuels both phones, though the European and Indian Galaxy S21 Ultra models come with the Exynos 2100 SoC. The Snapdragon 888 does trump the Exynos 2100, though not by much. In any case, both of them also come with top-of-the-line RAM and flash storage, and in combination with up-to-date software, they offer excellent performance. Their high refresh rate displays do help things quite a bit.

During our testing of each phone, we’ve put quite a bit of performance pressure on them. Neither phone slowed down, or showed any signs of doing so. They handed regular tasks such as browsing, consuming multimedia, multitasking, filming, etc. without a problem. In fact, they also handled games like champs, and the same goes for photo editing. These two phones perform admirably at the moment, and chances are that will continue for quite some time.

The phone can easily cross that 7-hour mark in a single day, and it may push some of you all the way to the 8-hour mark. It all depends on what you’re doing on your phone, of course. The OnePlus 9 Pro, on the other hand, can cross the 6-hour mark without a problem, and may push you towards the 6 and a half mark, but not much more than that. If you push the phone a bit harder, the battery life may be worse, of course. That goes for both phones. We can only way what we’ve experienced in our usage. All in all, the Galaxy S21 Ultra was considerably better in that regard, although both phones deliver really good battery life.

OnePlus has been hyping up the OnePlus 9 Pro camera setup quite a bit before the launch. The company even partnered up with Hasselblad, a well-known name in the camera world. The thing is, the OnePlus 9 Pro did not deliver the camera experience we were hoping for, at least not initially. OnePlus is well-known for considerably improving its camera via updates, so the same may happen with the OnePlus 9 Pro. At the moment of writing this comparison, however, the cameras were not as good as the hype would lead you to believe. 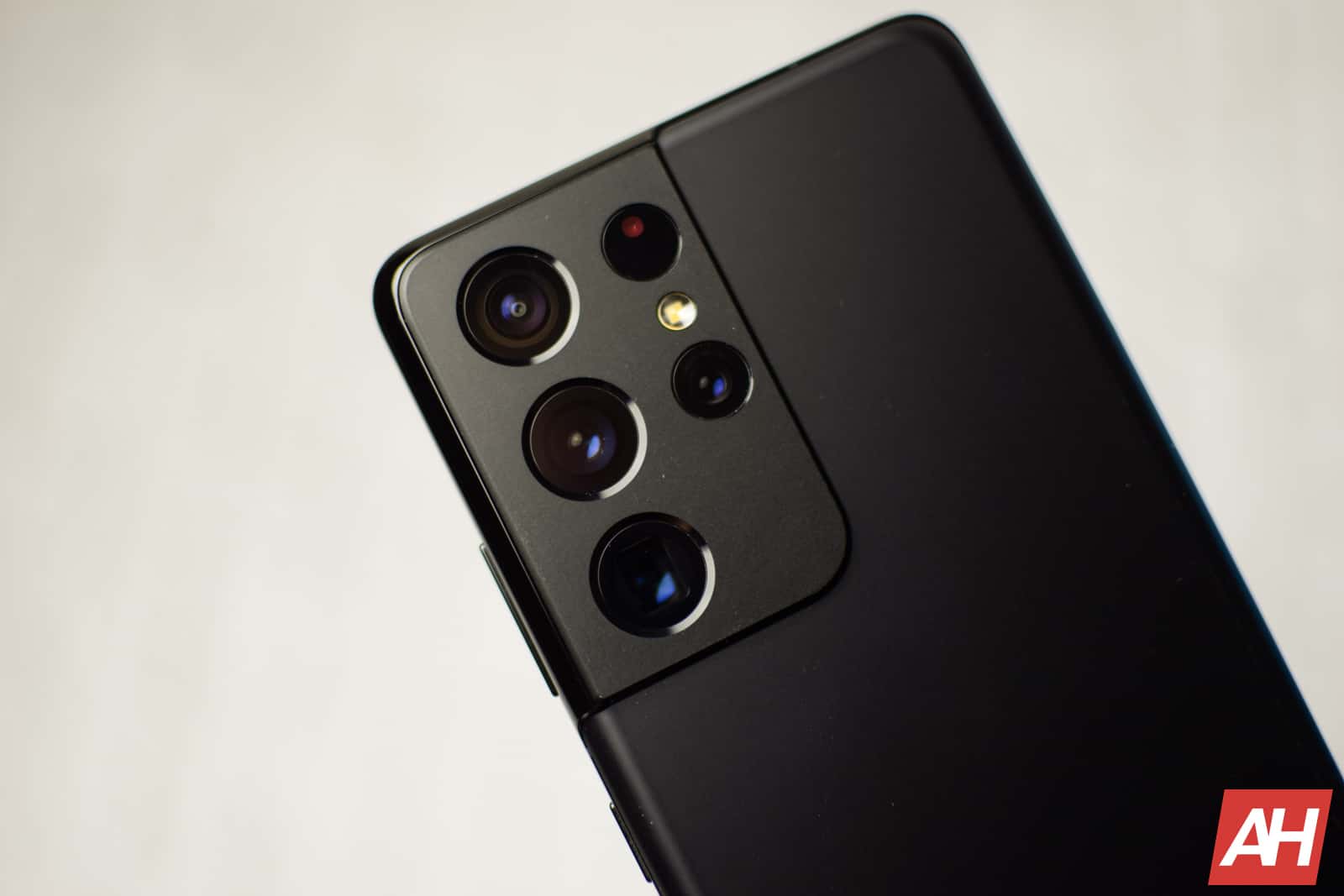 Both phones are fairly good in low light, though the Galaxy S21 Ultra does perform a bit better at the moment. The front-facing camera is better on the Galaxy S21 Ultra, without a doubt. OnePlus should upgrade that camera sensor next year. The thing is, OnePlus used great camera hardware in the 9 Pro, and with more camera updates, on the software side, it could become a force to reckon with.

Both the Galaxy S21 Ultra and OnePlus 9 Pro come with a stereo speaker setup. In fact, both phones do deliver really good sound, well, considering they’re smartphones. Their speakers can get quite loud, while the distortion is barely noticeable at the highest of volumes. The sound from both sets of speakers is quite sharp, though there’s not a lot of bass on either. Samsung’s setup does seem to offer a bit more in that regard.

If you hook up a good pair of headphones to these phones, either wired or wireless, you’ll get good results. Do note that neither phone offers a 3.5mm headphone jack, so you’ll need a dongle for wired connections. The sound is well-balanced across the spectrum on both devices, and there’s really not much to complain about here.