The Galaxy S20 FE is the more affordable smartphone, and it has all the main features from the Galaxy S20, pretty much. That being in mind, it’s quite a competitor, and many people may navigate towards it. Well, the Galaxy S20 is still, technically, a more prominent device, so comparing the two should be interesting.

As per usual, we’ll kick things off by comparing the spec sheets of these two smartphones. They do have a lot of things in common, but they’re not exactly the same in this regard. Following that, we’ll compare them across a number of other categories. Categories such as design, display, performance, battery, cameras, and audio. That being said, let’s kick off the Samsung Galaxy S20 vs Samsung Galaxy S20 FE comparison.

The Galaxy S20 comes with thinner bezels, and it also has a curved display. The Galaxy S20 FE opted for a flat display, and slightly thicker bezels. Bezels on this phone are also quite thin, though, so keep that in mind. Physical buttons are placed on the right-hand side of both smartphones. 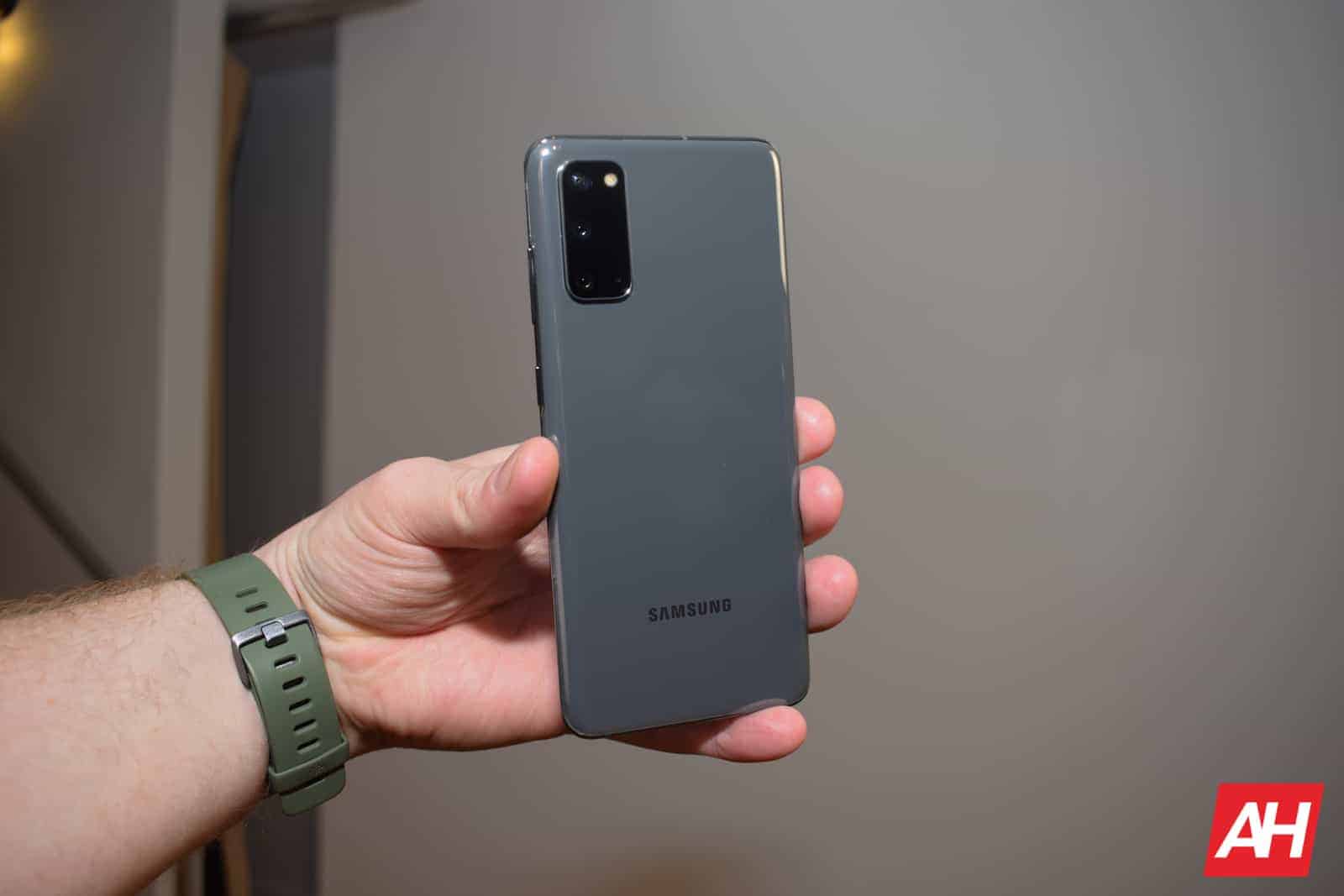 Now, in real-life, both of these panels are great. The colors are punchy, the displays look vivid, and the viewing angles are great as well. Content on both displays will be quite smooth thanks to such a high refresh rate, especially when it comes to scrolling. The Galaxy S20 FE is inferior in this category, but as mentioned earlier, it’s not trailing by a lot. Many people wouldn’t be able to see the difference between a fullHD+ and QHD+ panel, and both displays look great in real-life.

What about the performance? Well, you’ll get pretty much the same performance here, to be quite honest. Both of these phones are fueled by the Snapdragon 865 (Exynos 990 is included in some regions for the Galaxy S20), and both of them come with plenty of RAM. The Galaxy S20 offers 8GB of RAM, while the Galaxy S20 FE has 6 or 8GB, depending on the region. In most of them, however, it will ship with 6GB.

You can expect both of these phones to be buttery smooth, at least for the foreseeable future. They can open apps really fast, while multitasking is also great. You don’t have to worry about content consumption either, and the same goes for gaming. In other words, no matter what you throw at these two handsets, they’ll be able to handle it. These are flagship-grade phones after all, and they do behave as such.

When it comes to battery life, both of these phones do fairly well. The Galaxy S20 FE should be able to provide you more in this regard, though. It not only comes with a larger battery, but its display resolution is lower. You still can’t force the Galaxy S20 to utilize 120Hz refresh rate and QHD+ resolution at the same time, though, so… the difference won’t be huge. The Galaxy S20 FE should be able to make sure you don’t run out of juice by the end of the day, even for more demanding users.

Heavy use on the Galaxy S20 may force you to reach for a charger, but it all depends. Usage habits are different from one person to the other, so some of you may get 6+ hours of screen-on-time on both phones, while others may not be able to reach that much. Graphically-intensive tasks will deplete the battery faster, naturally. So, it all depends on how you use your phone. Generally speaking, though, both phones offer really good battery life, and that is not something you should worry about.

When it comes to cameras, things are quite interesting here. These two devices have the same main camera. We’re looking at a 12-megapixel unit with an f/1.8 aperture, 1.8um pixel size, and OIS. This camera is actually quite capable, in all environments. You’ll get pretty much the same results when using that camera, on both phones. That’s not surprising considering that the software is the same, and that camera sensor as well.

Pictures during the day turn up really vibrant and detailed, with good white balance, and dynamic range. There’s plenty of detail in such shots, even though both devices are a bit heavy when it comes to image processing. Many people prefer that look, though. When the light goes away, they do perform admirably as well. I wouldn’t say they’re the best in the business, but they’re really good. That camera can provide good-looking shots with not much noise, while it managed to keep a lot of details as well.

Both of these phones offer stereo surround sound. The audio aspect of things is tuned by AKG on both devices. You’ll find the main speaker at the bottom of both phones, while the secondary is placed above the display. Neither of these two devices has an audio jack, by the way, you’ll have to rely on a Type-C port, or Bluetooth connectivity.

Now, when it comes to output, they’re both really good. Those speakers are more than capable enough, and the same goes for audio over a good pair of headphones. We did not notice much difference between the two setups, to be quite honest. Audio is good across the board, though the bass could be a bit stronger on both phones. The speakers do get quite loud, and the distortion is minimal at the very highest volume setting.