When it comes to the design, the two phones are quite similar. Both of these phones combine plastic and glass for their design. The frame on both phones is made out of plastic, though that’s not something you’ll notice, so it shouldn’t bother you. There’s Gorilla Glass 5 included on both the front and back of each device. Looking at them from the front will make you realize how similar they are.

Both phones have a flat display, and a display camera hole in the top-left corner. Their bezels also look basically the same. It’s worth saying that the display camera hole is not the same on the two phones. The OnePlus Nord has a pill-shaped camera hole, for two cameras, while the Nord 2 has one. That is the main differentiating factor when you look at them from the front, otherwise you probably wouldn’t be able to tell which is which. 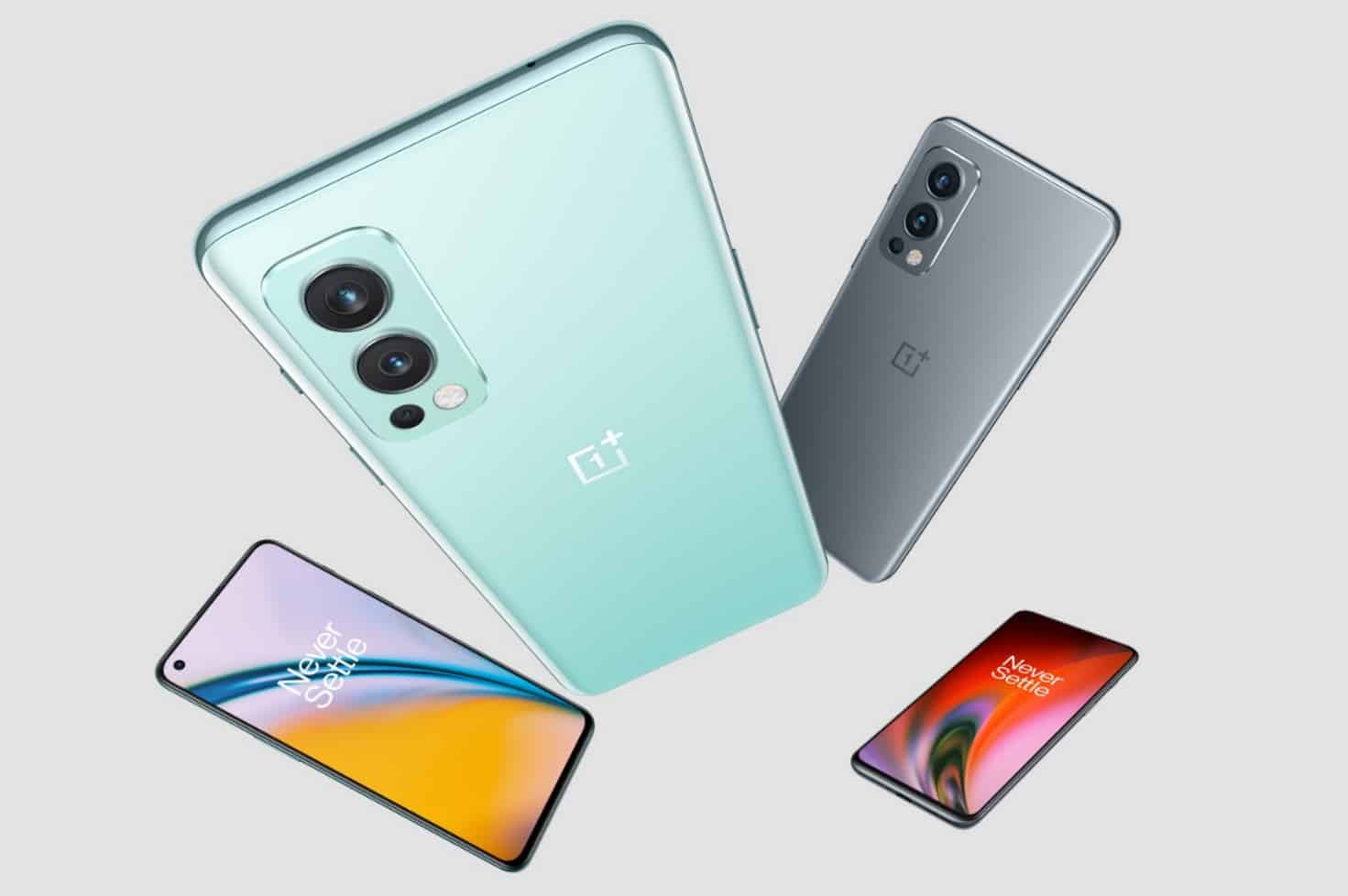 The back side is noticeably different, though. It offers similar curves, but the camera setups are designed differently. The OnePlus Nord has four vertically aligned cameras. The OnePlus Nord 2 has two vertically aligned ones, and a third that is a bit to the side. Its camera island is also wider, and an LED flash is a part of it. Both phones are slippery, as you’d expect out of a glass build. Still, they’re not too large, nor are they too heavy, so they’re not hard to operate in general. Using them with one hand is not exactly easy, unless your hands are on the bigger side. Both phones do feel like quality products in the hand, and as already mentioned, you won’t notice that the frame is made out of plastic.

Now, when it comes to displays, these two phones have basically the same panel. Well, they’re not identical in terms of size, technically, there’s a 0.01-inch difference between them, which is not something you’ll be able to notice. Other than that minuscule size difference, they’re the same. We’re looking at a Fluid AMOLED display with a 90Hz refresh rate. HDR10+ is supported by both panels, and both panels are flat.

The OnePlus Nord features a 6.44-inch panel, while the Nord 2 includes a 6.43-inch display. Both panels offer a fullHD+ resolution of 2400 x 1080 pixels, and the ppi is 408 and 409, respectively. Both displays are protected by the Gorilla Glass 5. Needless to say, we’re also looking at the same display aspect ratio, considering that the resolution is the same. The screen-to-body ratio on the two devices is also almost identical.

What also makes them almost the same is the refresh rate, and real-life appearance. Both offer a 90Hz refresh rate, which is certainly better than 60Hz, you’ll definitely notice the difference. They’re both quite great in real-life use as well. They offer punchy colors, great viewing angles, and so on. There’s really not much to complain about here. If you’re a regular user, you definitely won’t have anything to complain about, you can only nitpick when comparing them with more premium panels, though those differences are not that easy to spot either. All in all, both of these displays are great.

The OnePlus Nord was one of the best-performing mid-range smartphones in the market last year. In fact, the phone still performs like a champ. The situation is somewhat similar with the OnePlus Nord 2, though OnePlus made sure to make some hardware improvements here, and essentially future-proof the phone. What are the improvements I’m talking about? Well, first and foremost, the SoC.

The OnePlus Nord shipped with the Snapdragon 765G, Qualcomm’s 7nm mid-range chip. The OnePlus Nord 2 comes with the MediaTek Dimensity 1200 SoC, which is a 6nm chip. That is also the most powerful processor MediaTek has to offer at the moment, and it’s a major improvement in terms of sheer power. On top of that, the OnePlus Nord 2 comes with UFS 3.1 flash storage, compared to UFS 2.1 on the original Nord. That will surely future-proof the phone, and make sure it runs smoothly for quite some time.

What are the two phones in general use? Well, excellent, to say the least. The OnePlus Nord never felt like a mid-range smartphone, at least not in the performance department. The same can be said for the OnePlus Nord 2. The Nord 2 may hiccup a little less with high-intensity tasks, but those hiccups are so infrequent on the Nord, and it’s difficult to make the phone skip a frame. Well, you can make it do so with some really demanding games and whatnot, but other than that, it runs perfectly smoothly. That goes for both devices. Both of them can also serve as gaming machines if you want, though the Nord 2 is probably the better choice if that’s something you’re aiming at.

In regards to battery life, well, both phones are good, but not great. The OnePlus Nord comes with a 4,115mAh battery, while the Nord 2 includes a 4,500mAh battery. Considering the difference in SoC power and category here, the larger battery inside the Nord 2 only brings them on an equal playing field. Both phones can provide a full day of battery life for most users, only if you’re a heavy user you may be forced to get a top-up before the end of the day.

You should be able to get around 6 hours of screen-on-time with both phones, presuming you’re not a gamer or anything of the sort. Processor-intensive tasks will have a negative impact on battery life, needless to say. Battery life on the Nord and Nord 2 is not amazing, but it’s good, and most people won’t need more than the phone can offer. If you do run out of battery life ahead of time, though, you’ll be glad to know that fast charging is included here, on both phones.

The OnePlus Nord offers 30W fast wired charging. The Nord 2, on the other hand, offers much faster 65W fast wired charging. The Nord will get you from 0 to 70-percent in only 30 minutes, while the Nord 2 can charge all the way in that amount of time. Both charging speeds are really fast, though, and you’ll be glad to have such speed when you end up needing a quick top-up. Wireless charging is not included on either phone.

In the camera department, the OnePlus Nord 2 does have an advantage, despite the fact it has fewer camera sensors. The OnePlus Nord 2 comes with four cameras, while the Nord 2 includes three. Both phones feature wide and ultra-wide cameras as their main units. The Nord also has depth and macro cameras, while the Nord 2’s third camera is a monochrome one. How do they perform? Well, good, but the Nord 2 does have an edge. 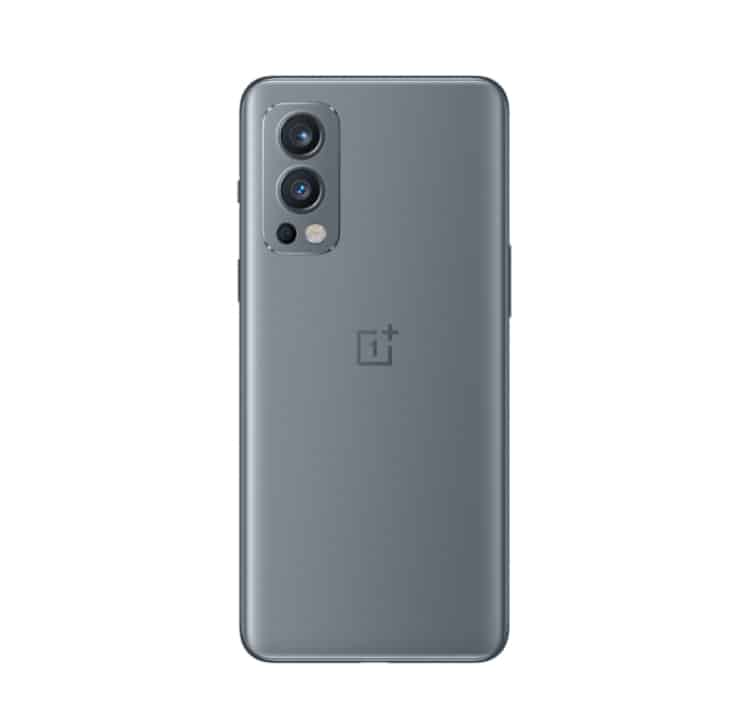 The Nord 2 includes a 50-megapixel main camera, which is used by the OnePlus 9 Pro as an ultra-wide camera. That is a really good sensor, and the images Nord 2 can pull off definitely prove that. The OnePlus Nord has an inferior 48-megapixel sensor, which is good, but cannot measure up to the Nord 2. The Nord 2 images end up really sharp, detailed, with great colors, and white balance. Even in low light, the phone is able to pull off some really nice shots, and keep noise in check.

The OnePlus Nord doesn’t do as good in low light, it manages to pull out less details from the shadows, and it allows more noise to creep up in a scene. During the day, however, it’s really good, and almost on par with the Nord 2. All in all, the Nord 2 does have a superior camera setup. It is worth noting that ultra-wide shots are really similar between the two phones, which is not surprising as they have the same ultrawide camera sensors.

The OnePlus Nord 2 does bring one major improvement in the audio department compared to the Nord. It brings stereo speakers to the table. The original Nord only has one speaker, the bottom-facing one. The Nord 2 combines that main speaker with a secondary one, which is located above its display, and it’s a front-facing one. The difference in audio output is quite noticeable, which is the case with pretty much every comparison between mono and stereo speakers.

Neither of these two phones has a 3.5mm headphone jack, in case you were wondering. The sound coming from the speakers is deeper and richer on the Nord 2. If you plug in a pair of headphones via a Type-C port, or via Bluetooth, you’ll get good sound on both phones, presuming your headphones are good enough. The sound will be well-balanced, but don’t expect miracles, of course.