The OnePlus 9 Pro vs Vivo X60 Pro+ comparison is upon us. These two smartphones are the best OnePlus and Vivo have to offer at the moment. Both devices were announced in the first half of this year, and both are immensely powerful. That being said, they are quite different, in a number of ways, despite the fact OPPO and Vivo are sister companies, technically. So, it will be interesting to compare them.

We’ll kick things off by comparing their specifications, and then move to the design, display, performance, and several other categories. These two devices do have some things in common, though, but for the most part, they are quite different. Both devices are also quite pricey, as they are flagship-grade phones. If you’re thinking of buying one of them, or cannot decide between them, well, read on. Let’s compare the OnePlus 9 Pro vs Vivo X60 Pro+. 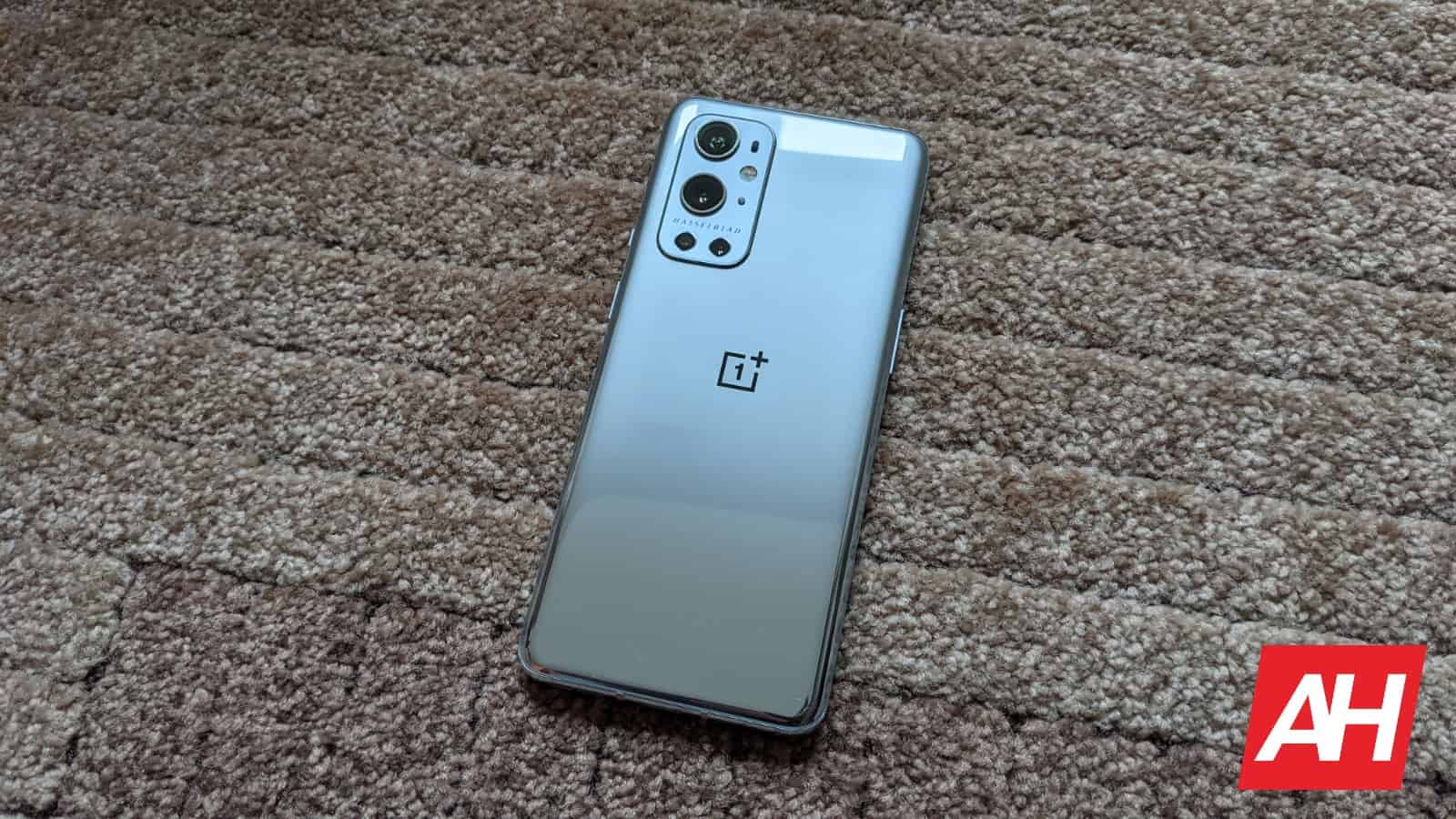 The phone includes a Vegan Leather backplate, which makes it considerably less slippery than the OnePlus 9 Pro. Its bottom and top sides are also different in comparison to the OnePlus 9 Pro, they’re less curved. There’s an entirely flat portion, with nicely chamfered edges. All of that makes this phone easier to hold than the OnePlus 9 Pro. You’ll definitely notice this, and appreciate it when using a phone with one hand.

Both devices have curved displays, and display camera holes. The one on the OnePlus 9 Pro sits in the top-left corner, while the one on the Vivo X60 Pro+ is centered. Rear cameras are located in the top-left corner on both smartphones, though the camera islands do look different. Both phones feel high-end when you hold them, that’s for sure. When choosing between them, it’s all about what you prefer. If you want a slightly lighter, less slippery device, the Vivo X60 Pro+ is the way to go. If you like glass backs, go with the OnePlus 9 Pro.

The OnePlus 9 Pro features a 6.7-inch QHD+ (3216 x 1440) Fluid AMOLED 2.0 curved display. This display offers a 120Hz refresh rate, which is adaptive, as this is an LTPO panel. This panel can also display 1B colors, and it’s protected by the Gorilla Glass 5. The display also supports HDR10+ content, and gets really bright at 1,300 nits peak brightness. This is one of the best displays on the market.

The Vivo X60 Pro+, on the flip side, sports a 6.56-inch fullHD+ (2376 x 1080) Super AMOLED display, which is also curved. This display also delivers a 120Hz refresh rate, and gets really bright at 1,300 nits peak brightness. It can also project HDR10+ content. It does not offer an adaptive refresh rate, though. The Vivo X60 Pro+ display is great, but it is inferior to the OnePlus 9 Pro, and not only on paper.

If you look at these two displays side-by-side, the OnePlus 9 Pro’s panel will seem to be superior. If not, however, many of you won’t notice much difference. The Vivo X60 Pro+ has an excellent display that is more than sharp enough, and it does not feel bad in any way. Both displays deliver excellent viewing angles, punchy colors, and those deep blacks that you’d expect out of OLED panels. They’re also extremely fluid thanks to high refresh rates, and so on. You cannot go wrong with either of these.

Both the OnePlus 9 Pro and Vivo X60 Pro+ come with high-end specs, so you’d expect great performance, right? Well, yes, that makes sense, and both of these phones do deliver in that regard. Their software offerings are considerably different in comparison, but they do have some features that collide. The point is, both software offerings are well-optimized, and both are based on Android 11.

The Snapdragon 888 fuels both of these phones, while LPDRR5 RAM and UFS 3.1 flash storage are also included on both phones. Both of them do a great job when it comes to everyday tasks, and feel extremely fluid. It doesn’t matter if you’re opening / closing apps, multitasking, browsing, taking pictures, or something else entirely, both of these phones are great in that regard. They’re also quite great in gaming, actually.

Both phones can run pretty much any game you’ll find in the Play Store without skipping a beat. You should not be worried about performance, other than what OS you prefer. Both have quite a few features included, while OxygenOS is still closer to stock Android, despite the changes in OxygenOS 11. Both OS’ feel like Android, though, so… no worries there. The Vivo X60 Pro+ does have quite a few Vivo apps pre-installed, that you cannot remove. There are some on the OnePlus 9 Pro as well, though. That’s also not something that should worry you, as both phones perform admirably.

The OnePlus 9 Pro comes with a 4,500mAh battery, while the Vivo X60 Pro+ includes a 4,200mAh battery. Those are not small batteries, but these two phones have quite large displays, which also offer high refresh rates. Truth be said, the battery life on these two phones is not bad, but it’s not excellent either. The OnePlus 9 Pro was kind of inconsistent in that regard, during our testing. It usually managed to get to 5.5-6 hours of screen on time before it needed to be charged, but sometimes, it would require a charge at around a 5-hour screen-on-time mark.

The Vivo X60 Pro+ is not much different. It can reach that 5-hour screen-on-time mark without a problem, presuming you’re not gaming. It cannot go much above it, though. We were able to get to 5.5 hours, but reaching the 6-hour screen-on-time mark is a stretch. Luckily, both phones include blazing fast charging, so even if you need to top-up in the middle of the day, that should not be a problem.

When it comes to cameras, well, things are quite interesting. When it comes to daylight outdoor shots, both phones deliver. The images turn out very sharp, with great color science, while both do good with dynamic range as well. Everything tends to be sharp and in focus. That actually goes for both main and ultra-wide cameras. The Vivo X60 Pro+ also has a periscope camera that does a great job, especially up to 5x, as it offers optical zoom. Telephoto cameras do a good job in such conditions as well. 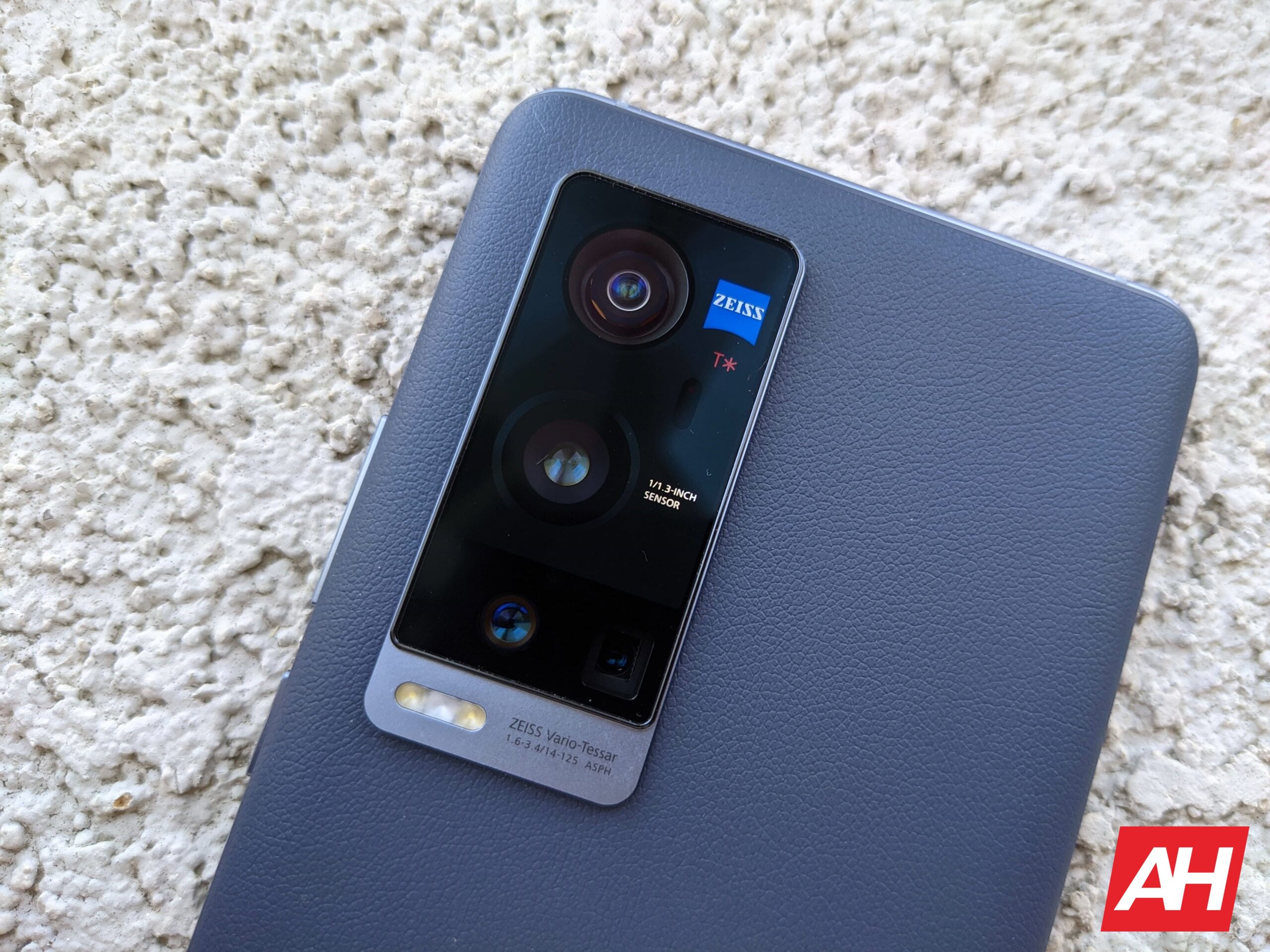 Indoors, however, the Vivo X60 Pro+ does pull ahead a bit. The OnePlus 9 Pro can mess up the focus in such images, and it’s quite random. Sometimes it does a great job, other times, it just decides to mud up a part of the image. The Vivo X60 Pro+ is much more consistent in such conditions. The same actually goes for low light images, as that is where the Vivo X60 Pro+ truly shines.

The phone can capture some stunning low light shots, especially if you utilize its night mode. If you do, the phone will brighten up the scene quite a bit, without messing up the image. The shots will seem unrealistic, but in a good way. The OnePlus 9 Pro does have some issues with light flares in such conditions, while it also delivers less sharp results in low light. Things did improve with updates, at the time of writing this article, but OnePlus still has a way to go in that regard.

The audio situation here is really interesting. The Vivo X60 Pro+ does not offer stereo speakers. That is an interesting decision by Vivo, especially considering that pretty much every flagship does these days, and many mid-rangers as well. The good news is, the loudspeaker included on the phone is excellent. It’s loud, punchy, sharp, and not many people will have complaints. Still, you’ll notice the difference in comparison to the OnePlus 9 Pro.

The OnePlus 9 Pro does offer a set of stereo speakers. Those stereo speakers are also quite good, they deliver sharp and loud sound, with almost unnoticeable distortion at the highest of volumes. The sound coming out of those speakers definitely sounds more appealing compared to the single, bottom-firing speaker on the Vivo X60 Pro+. The sound via a good set of headphones is good on both phones, it’s well-balanced, and not something you should worry about.