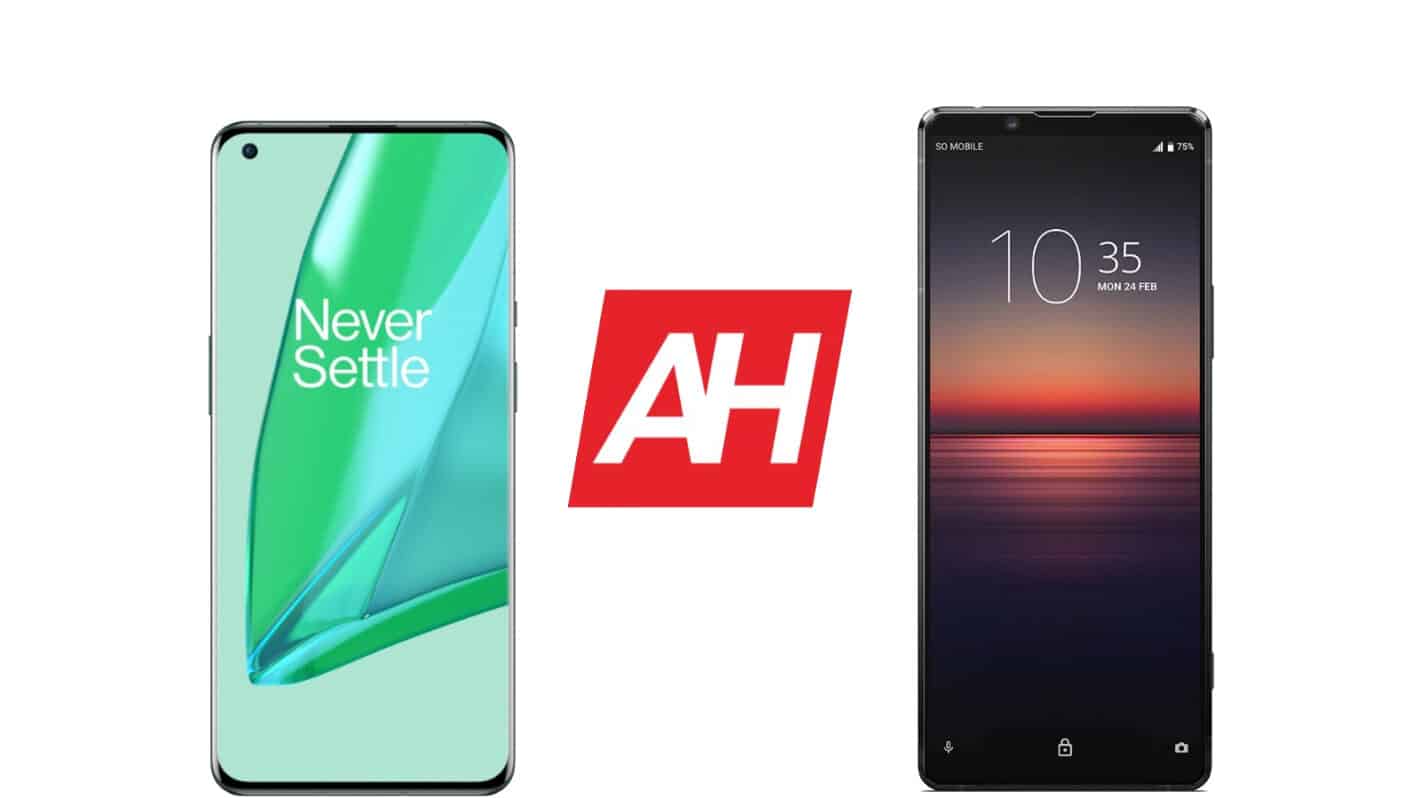 Both of these smartphones are flagship-grade phones, and the best their companies have to offer at the moment. As already mentioned, the Xperia 1 III is not yet available. Having said that, these two phones are quite different. Their designs are considerably different, and the same goes for other aspects of the two phones. We’ll kick this comparison off by listing the specs of the two devices, and then move to a number of other categories. Let’s kick off the OnePlus 9 Pro vs Sony Xperia 1 II comparison, shall we.

So, both of these phones are made out of metal and glass, but they do feel considerably different in the hand. The OnePlus 9 Pro is curvier than the Xperia 1 II, and that’s something you’ll feel in the hand. The device is more comfortable to hold, but also more slippery at the same time. The Xperia 1 II features that boxy design Sony loves, with chamfered edges. It’s also comfortable to hold, but slippery, and it offers a different experience in comparison to the OnePlus 9 Pro. 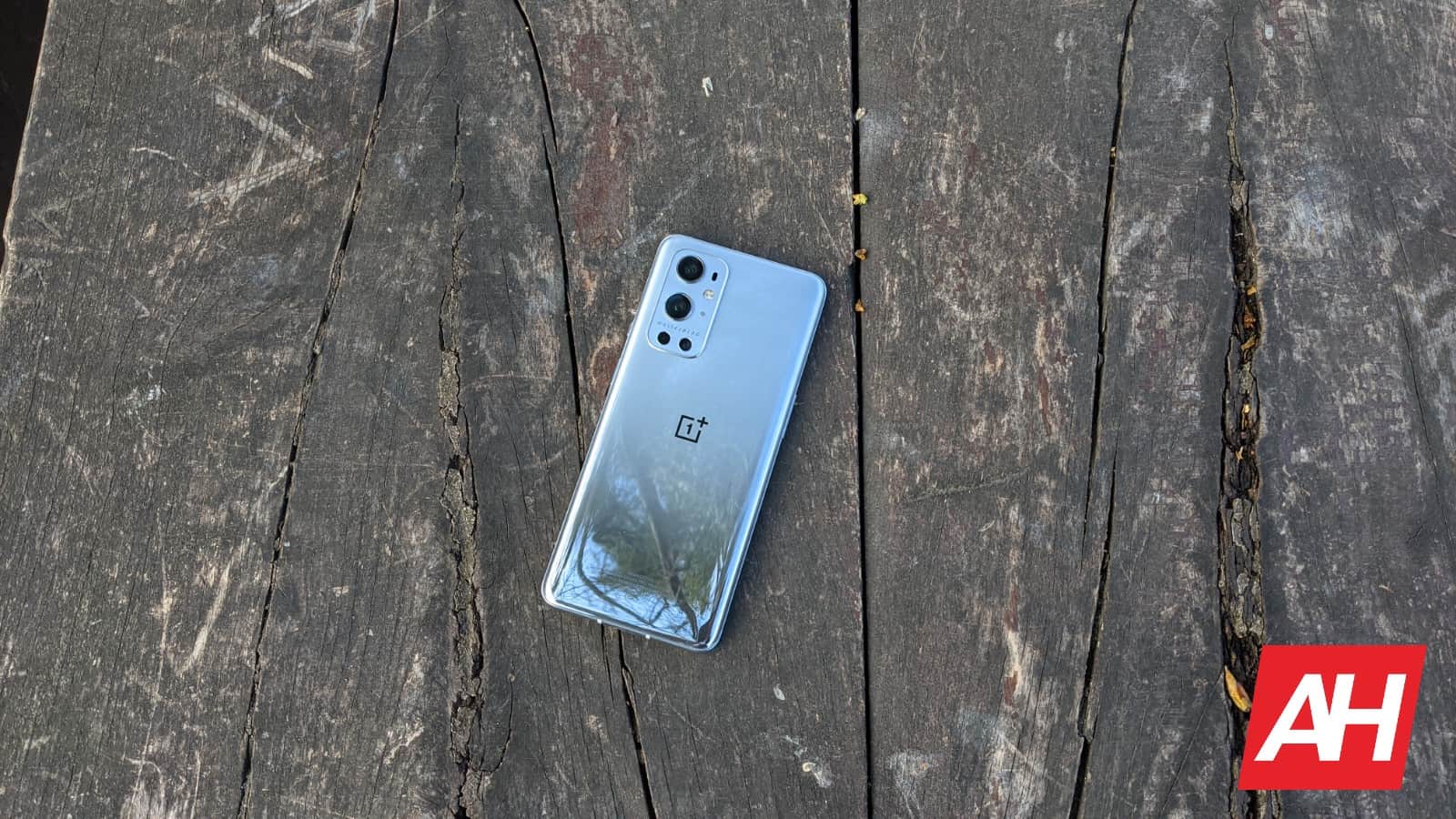 That being said, both of these phones are quite large. The Xperia 1 II does have a taller display aspect ratio, though. It’s a taller phone overall, but it’s considerably narrower, and also thinner. On top of all that, it’s also lighter than the OnePlus 9 Pro. The OnePlus 9 Pro does have a larger display, though. The OnePlus 9 Pro combines its curved display with a display camera hole in the top-left corner. The Sony Xperia 1 II does not include a display camera hole, but instead has some bezel above and below the display. Those bezels are quite thin, though.

Both phones include their rear cameras in the top-left corner. Their camera setups do look different, and the sensors and lenses are different as well. More on that later. Both camera setups do protrude on the back, a bit. The OnePlus 9 Pro utilizes an under-display fingerprint scanner, while the Xperia 1 II has a side-facing fingerprint scanner. Both of these phones do feel like quality products in the hand, though.

The OnePlus 9 Pro features a 6.7-inch QHD+ (3216 x 1440) Fluid AMOLED 2.0 display. This is an LTPO panel with a 120Hz adaptive refresh rate. It can project 1 billion colors, and it has a 1,300 nits peak brightness. The display is curved, and it is protected by the Gorilla Glass 5. The screen-to-body ratio on the device is around 90%, in case you were wondering. The Xperia 1 II’s display is quite different, on paper.

The Sony Xperia 1 II comes with a 6.5-inch 4K (3840 x 1644) AMOLED panel, which can also project 1 billion colors. This panel does not deliver a high refresh rate, unfortunately, even though Sony did an excellent job when it comes to optimizing it. The panel is protected by the Gorilla Glass 6, and we’re looking at a screen-to-body ratio of around 84-percent here. This display is flat, by the way.

Both phones deliver excellent displays, though the OnePlus 9 Pro’s is kind of more modern on paper. It’s an LTPO display with an adaptive refresh rate. If that doesn’t really mean all that much to you, the Xperia 1 II’s display is excellent. The difference in refresh rate is visible side-by-side, but both project gorgeous-looking content. Both offer deep blacks, vivid colors, and excellent viewing angles. The Xperia 1 II’s display is sharper, though that’s not something you’ll be able to see with a naked eye. Both of these displays are truly excellent, it’s only a matter of what you prefer to have / use.

The performance on both phones is excellent, as you’d expect out of flagship-grade hardware. Both companies did a good job optimizing the software as well. The OnePlus 9 Pro does come with a newer Snapdragon 888 SoC, compared to the Snapdragon 865 SoC inside the Xperia 1 II. It also comes with slightly faster storage. That’s not the difference you’ll feel while using the phone, though, at least not in regular, day-to-day usage.

Both phones fly through pretty much everything you throw at them. They can multitasking really fast, they open and close apps in an instance, web browsing is not an issue, the same goes for consuming multimedia. Pretty much everything you do feel smooth on the two phones, though scrolling will feel smoother on the OnePlus 9 Pro. There’s a simple reason for that, its high refresh rate display.

Now, when it comes to gaming, the OnePlus 9 Pro is capable of loading games slightly faster, as it has a more powerful processor. The gaming itself feels very similar on the two phones. You may feel a difference in some games that allow for high refresh rate displays to shine, though, but for the most part, it will feel really similar. Both of these phones are excellent when it comes to performance, so that’s not something you should worry about.

The OnePlus 9 Pro comes with a larger 4,500mAh battery. The Sony Xperia 1 II includes a 4,000mAh battery pack. The OnePlus 9 Pro does have a lower-res display, even though it’s QHD+, but it has a higher refresh rate. There are a lot of variables here that impact battery life, in hardware alone, not to mention software. The thing is, you’ll likely use both displays in adaptive mode, so you’ll let the software decide when to crank up the resolution / refresh rate.

If you do that, you’ll notice that the battery life will be quite good on both. The OnePlus 9 Pro’s battery life was quite sketchy at first, but OnePlus did make some improvements in that regard, via updates. Both of these phones can cross the 6-hour screen-on-time mark, though it all depends on your usage, of course. Our usage does not include much gaming, if any at all, so crossing the 6-hour screen-on-time mark is not exactly all that difficult. If you do end up pushing the SoC hardcore, your numbers will be considerably different.

These two devices offer quite different camera setups, and yet both are quite compelling. Both devices offer four cameras on the back. The main three cameras are wide, telephoto, and ultra-wide on both devices, but with different sensors and lenses. The fourth camera on the OnePlus 9 Pro is the monochrome one, while a ToF 3D depth camera is included on the Xperia 1 II.

In good lighting, both phones can capture truly exceptional photos. The one from the Xperia 1 II are a bit more true to life, but the OnePlus 9 Pro’s are not far from that. The colors are a bit better-looking on the OnePlus 9 Pro. Both phones provide a bevy of detail in such images. They both offer really well-balanced images, with good white balance, and great dynamic range as well. Things are a bit different in low light, though. 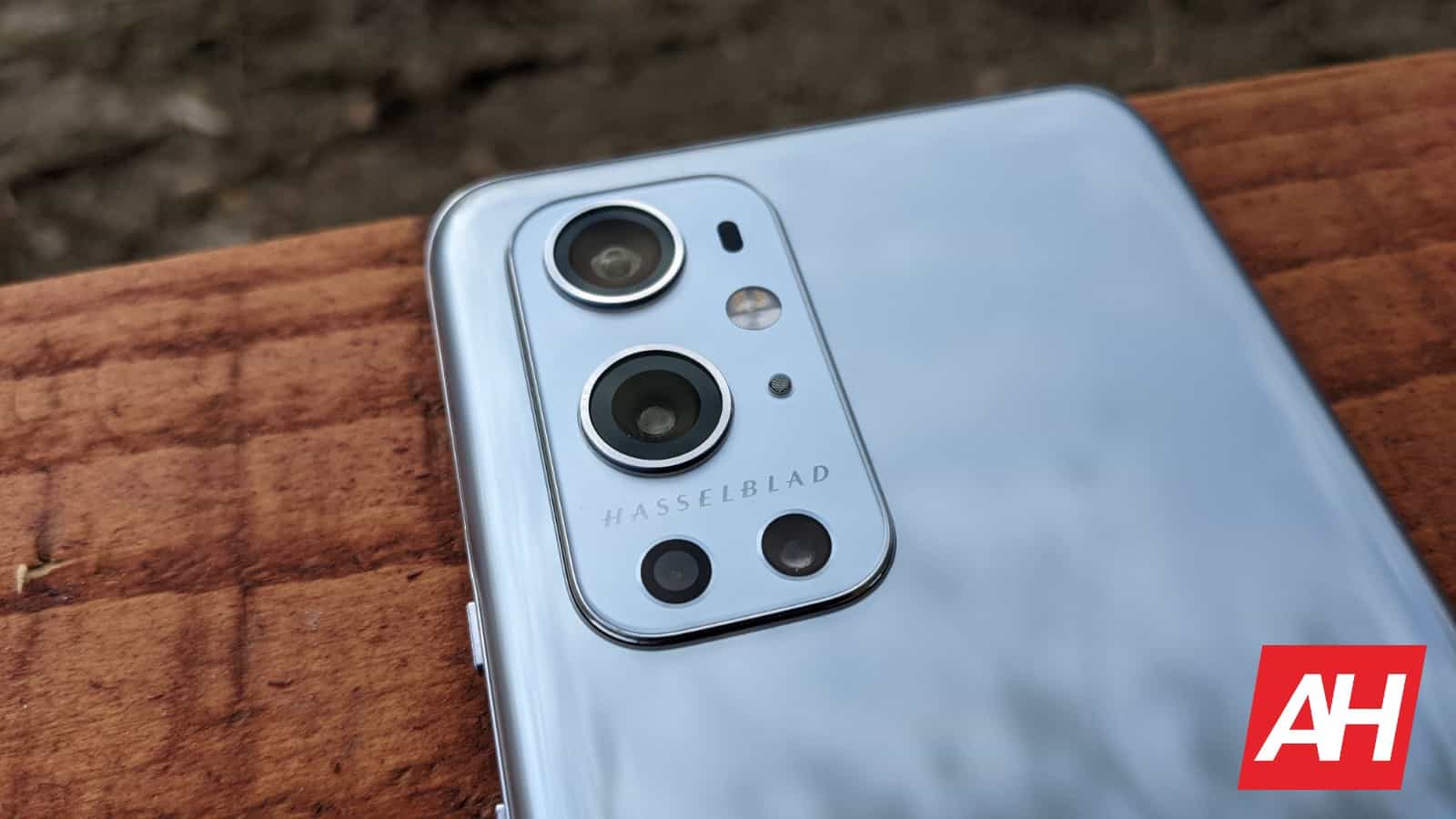 In low light, outputs from these two phones do look a bit different. They both do a good job, though the OnePlus 9 Pro does allow for more light to enter a scene. The OnePlus 9 Pro had quite a few issues with details and street light flares at first, but that’s no longer the issue. The phone is still not as consistent as it should be in such conditions, but it’s much better than it was. The Xperia 1 II is not exactly the best phone for low light, but it does a really good job, most of the time. It manages to retain quite a few details from the shadows.

One thing that we didn’t like when it comes to the Xperia 1 II is the camera UI. It’s not as intuitive as it should be. OnePlus did a much better job in that regard. Let’s hope that Sony will change things around in the future. The UI is not bad, but it’s not as good as it is on devices from the competition.

If you love to have a headphone jack on your phone, the Xperia 1 II is the only choice here. The OnePlus 9 Pro does not include that port. Still, if you hook up your headphones via Type-C port or Bluetooth, you’ll get an excellent sound. Both phones do a great job in that regard, actually. As long as your headphones are good enough, you can get some really well-balanced, rich audio output from these two devices.

Now, when it comes to speakers, they’re quite good in both regards. Both phones offer two speakers, and they can produce rich, detailed sound. They’re also plenty loud as well, so you don’t have to worry about that. The distortion is basically unnoticeable, though you may hear a hint of it at the highest of volumes.