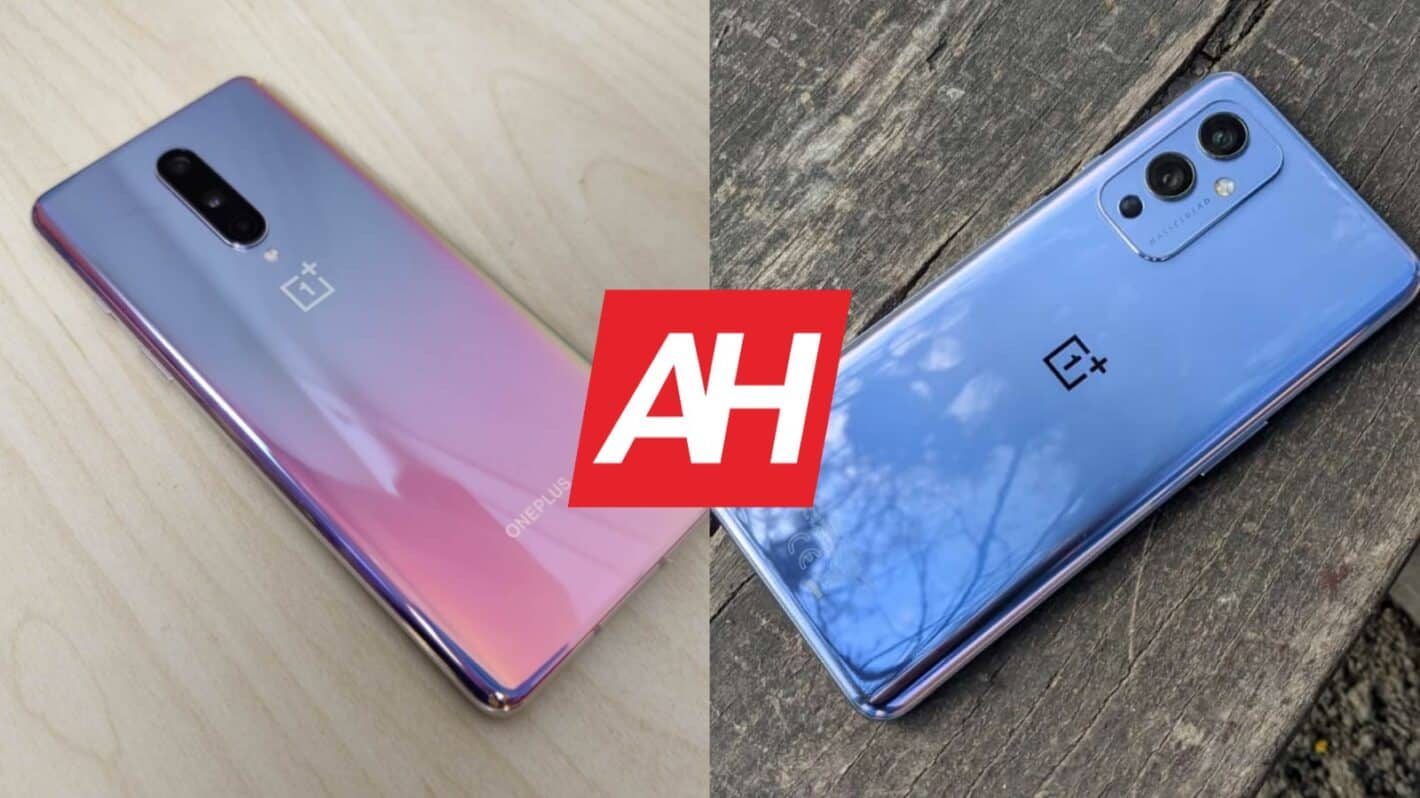 The OnePlus 9 is the company’s newest smartphone at this point, along with its ‘Pro’ sibling. We’ve already compared the OnePlus 9 Pro with its predecessor, and it’s now time to do the same with the OnePlus 8 vs OnePlus 9. These two smartphones are quite compelling in their own right, even though they don’t come with the “Pro” tag. They were still launched as flagship-grade smartphones, and certainly have their appeal.

What we’ll try to help you answer here, is whether the OnePlus 8 is worth replacing with the OnePlus 9, or perhaps buying instead of the company’s newest smartphone. The OnePlus 8 can be purchased at a heavy discount now, so some of you may be considering it. As per usual, we’ll kick things off by listing the specs of these two phones, and then move to the design, display, performance, and various other categories. That being said, let’s kick off the OnePlus 8 vs OnePlus 9 comparison.

The OnePlus 8 and 9 are actually quite similar in terms of the design, though there are differences. They both have really thin bezels, and include a display camera hole in their top-left corner. The thing is, the OnePlus 8 comes with a curved display, while the OnePlus 9 includes a flat panel. That’s one separating point. Another is visible when you flip the two phones, and look at their back sides. 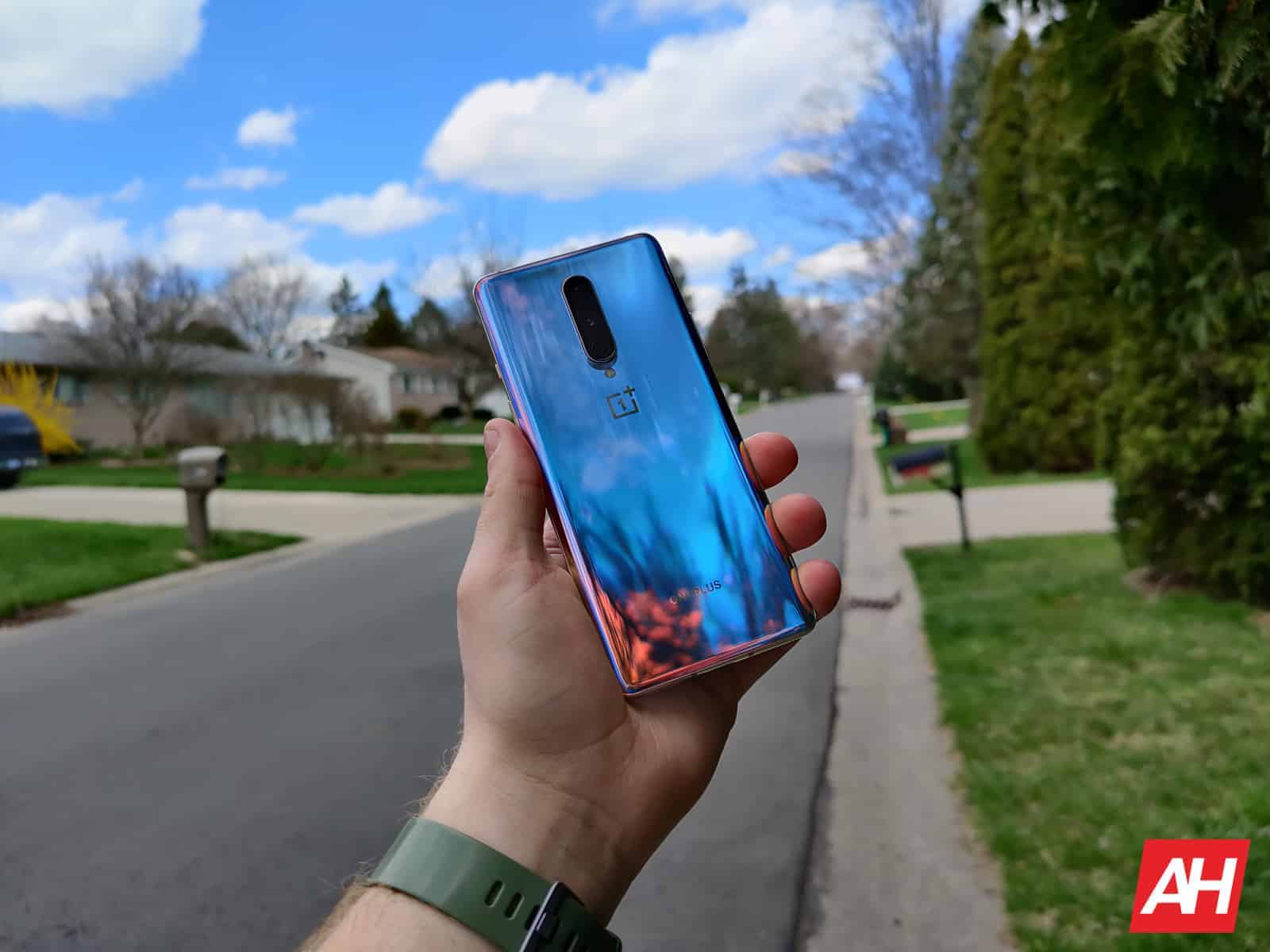 The OnePlus 8 has a centered camera setup, and its cameras are vertically-aligned. The OnePlus 9 cameras are also vertically-aligned, but they’re located in the top-left corner. The camera housing design is completely different as well, so it’s easy to recognize. It’s also worth noting that while the OnePlus 8 is made out of metal and glass, the OnePlus 9 combines plastic with metal. Its frame is not made out of metal, but polycarbonate (plastic). It does have that shiny coating on it, and it actually kind of feels like metal. That’s not something that’ll bother you, that’s for sure. In fact, most people wouldn’t even be able to tell the difference.

The two devices are basically equally tall, but the OnePlus 8 is narrower and thinner than the OnePlus 9. It’s both narrower and thinner than both OnePlus 9 models. The OnePlus 9 that is being sold in Europe and North America is wider and thicker than the one sold in India and China. That’s very odd, but there you go. Chances are wireless charging has something to do with it, as it’s not included in the Chinese and Indian models. The model that is being sold in India and China is also lighter by almost 10 grams, and closer to the OnePlus 8 weight. The bottom line is, both smartphones are really well-built. The question is, do you prefer flat or curved displays, do you mind the extra weight and width that the OnePlus 9 comes with (in some markets)… and so on. It’s up to you, it’s all a matter of preference.

Both displays do support HDR10+ content, while the OnePlus 9’s display can get a bit brighter. That difference in brightness is noticeable outdoors, though both are quite good in that regard. Both panels are protected by the Gorilla Glass. The OnePlus 8 includes version 5, while we’re still not sure what version does the OnePlus 9 ship with, but it’s possible it’s the same one. In practice, both panels are excellent.

Both displays offer that high refresh rate for smooth scrolling and gaming, though the difference is noticeable. Blacks are deep, as you’d expect them to be on quality AMOLED panels, while viewing angles are excellent. The colors on these two phones are vivid, and there are quite a few settings you can access in the ‘Display’ section of the phone’s settings. The OnePlus 9 does have a better display, but the difference is not that big, to be quite honest. Both are excellent.

In addition to that, they do have plenty of RAM, and good flash storage included. The OnePlus 9 does have an advantage in both those areas, though. It comes with LPDDR5 RAM and UFS 3.1 flash storage. The OnePlus 8, on the other hand, includes LPDDR4X RAM and UFS 3.0 2-Lane storage. That shouldn’t matter all that much to you, as you won’t really notice the difference in terms of performance.

What does all this mean for you, as the end user? Well, it means that you shouldn’t see any lag, or anything go the sort while using your phone. Everything runs smoothly on both phones, and that ranges from browsing and taking pictures, to consuming multimedia and gaming. Both of these phones can run basically any game available in the Play Store without a problem whatsoever. If you’re worried about performance, don’t be.

Do note that gaming is not a part of the equation here, but everything else is, pretty much. Just so you know what to expect. If you’re trying to kill the battery deliberately by playing graphically-demanding games, or something of the sort, you’ll be able to do it considerably faster, of course. Most of you, however, should have no issues getting over that 6-hour screen-on-time mark with either of these two phones.

When it comes to cameras, the situation is rather interesting here. Both smartphones come with three cameras on the back, and one on the front. Regarding the front-facing camera, you’ll get exactly the same sensor and lens, though the results may differ a bit due to different software. Still, they’ll be quite similar. Having said that, let’s talk more about rear-facing cameras, as chances are you’re more interested in those. 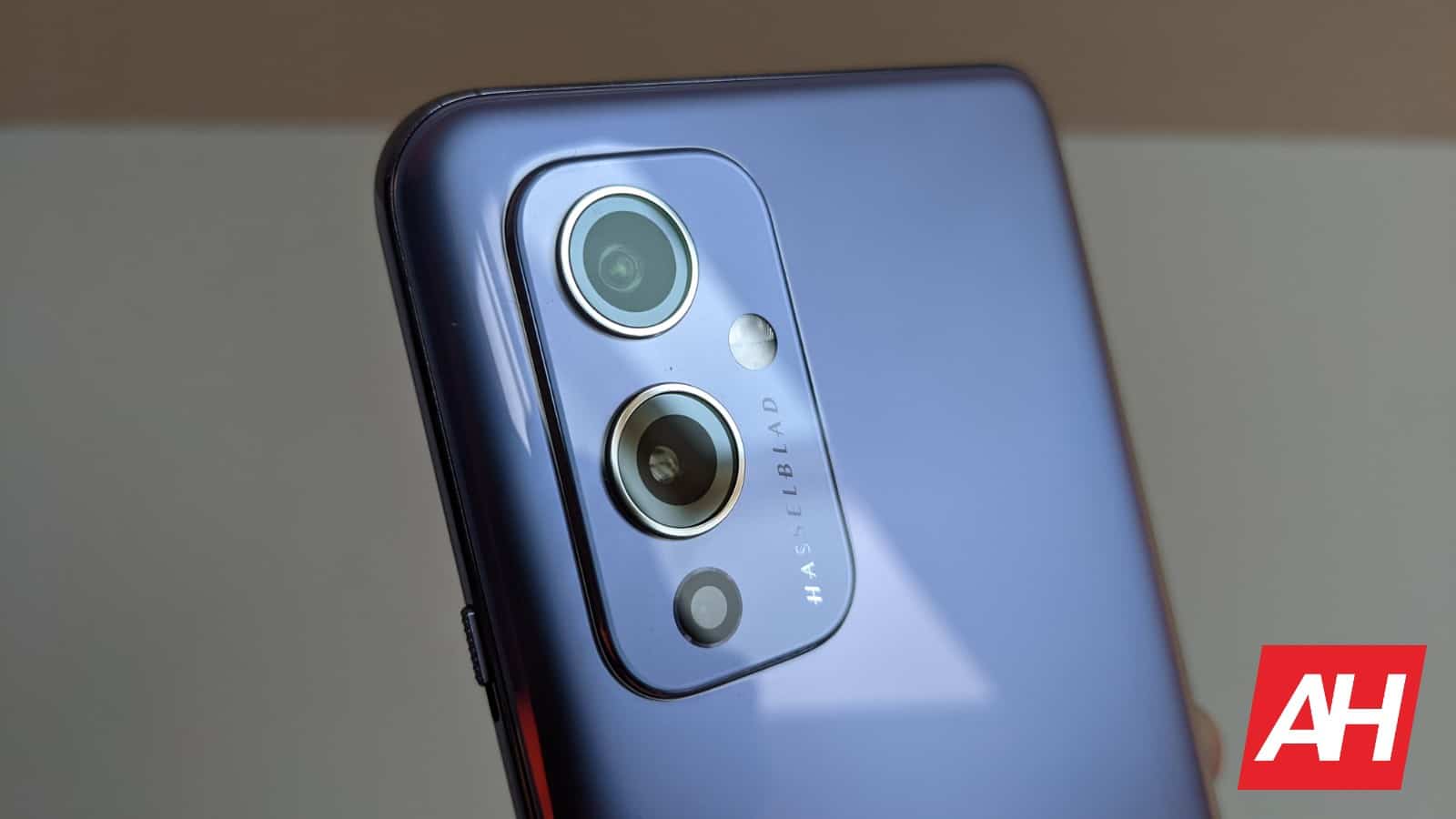 Both phones have a 48-megapixel main camera, but the sensors are different, and the same goes for lenses. The OnePlus 9 technically has a better sensor. The OnePlus 9 comes with a much better ultra-wide hardware, and results as well. The third camera on the OnePlus 8 is a 2-megapixel macro unit, which is not really worth the mention, as you won’t want to use it. A 2-megapixel camera is a part of the OnePlus 9 setup as well, a depth sensor.

So, what about the pictures, are they any good? Well, they’re good, but far from the best. In good lighting, both phones can shoot rather good images. The OnePlus 9 can produce images with better colors, though, even though images from both phones are sharp enough. The OnePlus 9 tends to crush blacks in the shadows for some reason, though that will likely be fixed via an update.

Both of these smartphones come with a set of stereo speakers. Speakers on each phone are good, though we’ve noticed that the ones on the OnePlus 9 are a bit louder. Both sets of speakers are quite sharp, and get plenty loud, while they’re well-balanced as well. Not many people will have complaints in this regard, that’s for sure.

Neither of the two phones includes a 3.5mm headphone jack. You’ll have to utilize a dongle, or connect your headphones via Bluetooth. If you do have a good set of headphones, you’ll get more than a decent sound from these two devices. They will offer well-balanced sound across the spectrum, and even offer a bit of bass.