The OnePlus 8 Pro was, and still is an excellent smartphone. OnePlus made a huge leap forward in the camera department with that handset, and it was a great phone overall. Well, now that OnePlus introduced two new flagship smartphones, the 8 Pro got some competition. The OnePlus 9 Pro is its successor, and some of you are probably wondering whether the 8 Pro is worth getting at this point in time. Well, we’ll try to make that decision easier for you, by comparing the OnePlus 8 Pro vs OnePlus 9 Pro.

Neither of these two phones is cheap, but the 8 Pro is now considerably cheaper than the OnePlus 9 Pro. The 9 Pro does bring some improvements to the table, but it’s up to you to decide whether those improvements are worth spending the extra cash. We’ll start this comparison by listing their specifications, and will then move to the design, display, performance, and several other categories. That being said, let’s kick off the OnePlus 8 Pro vs OnePlus 9 Pro comparison, shall we.

In regards to the design, these two phones are extremely similar. If you hold them both in the hand, you will notice some differences, though. The OnePlus 8 Pro does come with a more pronounced display curve. Both displays are curved, but the OnePlus 8 Pro definitely more so. I personally prefer the 9 Pro in that regard, but it’s all a matter of preference. Both smartphones are quite slippery, though, so keep that in mind.

Both of these devices are also quite large. The difference in dimensions is minimal, while the OnePlus 9 Pro is a bit lighter than the 8 Pro, but not by much. Both devices include a display camera hole in the same spot, in the top-left corner. The bezels are minimal on both phones, while their camera setups do look a bit different, and are included in a different place. The 8 Pro’s is centered, while the 9 Pro’s rear cameras sit in the top-left corner.

Chances are you’ll want to use a case with both phones, as they’re slippery and large, which is not the best combination. They do feel extremely premium in the hand. Weight distribution is good. It’s not perfect due to beefy cameras in the top portion, but it’s not something that will bother you, that’s for sure. There’s not much separating these phones in the design sense, and you’ll be happy with either one, as long as you don’t mind large, slippery phones.

When the OnePlus 8 Pro launched, it had one of the best displays in the market, without a doubt. That display is still quite excellent, but the 9 Pro’s is technically better. The OnePlus 9 Pro comes with an LTPO display, compared to an LTPS one on the 8 Pro. In other words, the OnePlus 9 Pro features a display that has an adaptive refresh rate. That will definitely help with power consumption.

Both displays are QHD+ panels, and offer a 120Hz refresh rate, though the difference is in adaptiveness. If you set the OnePlus 8 Pro’s refresh rate at 120Hz, it’ll constantly run on it. The OnePlus 9 Pro’s display allows that refresh rate to go down when not needed. Both panels are 6.78-inch ones, and both support HDR10+ content. On top of that, both deliver over 1 billion colors. The OnePlus 8 Pro’s panel is protected by the Gorilla Glass 5, while the 9 Pro’s is protected by undisclosed Gorilla Glass version.

What are these two displays like in day-to-day usage? Well, the difference is almost not noticeable. Both displays are extremely sharp, and extremely responsive as well. The colors are vivid and gorgeous, while the viewing angles are great as well. There’s really nothing to complain about either of these displays. The OnePlus 9 Pro does offer something called ‘Hyper Touch’ that can improve the responsiveness of its display for gaming, but the content looks almost the same, and they’re both extremely responsive. The OnePlus 9 Pro does have a better display, but you can go wrong with either, to be quite honest.

The OnePlus 8 Pro was one of the fastest smartphones in the market when it launched, and a year later, it still is, at least in day-to-day performance. The Snapdragon 865 held up great, and can keep up with the Snapdragon 888. The OnePlus 9 Pro is technically a more powerful smartphone, and is a better choice if you’re planning on gaming. Having said that, the OnePlus 8 Pro can also run pretty much any game out there, and do a great job doing it.

Both smartphones come with quality hardware that boosts performance. OnePlus included LPDDR5 RAM in both of these smartphones, while their internal storage is also similar. The OnePlus 8 Pro comes with UFS 3.0 flash storage, while the OnePlus 9 Pro offers UFS 3.1 flash storage. If you plan on transferring a lot of files via USB, both of these are excellent for that, as your files will transfer blazingly fast.

In regular day-to-day tasks, they’re pretty much on par. You won’t notice much difference in opening / closing apps, consuming multimedia, browsing, and so on. They are extremely fast in every way. The OnePlus 9 Pro can open games slightly faster, though, but both of them are excellent for gaming. So, the OnePlus 9 Pro is an improvement, without questions, but both handsets are excellent performers, in pretty much every way.

The OnePlus 8 Pro offered really good battery life when it launched. Its battery life wasn’t just as good as the OnePlus 8T, but it wasn’t far from it. Well, the OnePlus 9 Pro ups the ante in that regard. The device comes with almost the same battery capacity as its predecessor. It includes a 4,500mAh battery, compared to a 4,510mAh of the OnePlus 8 Pro. It does include an LTPO display with an adaptive refresh rate, though, and a more power-efficient processor, which does result in better battery life.

The OnePlus 9 Pro can easily push you past that 7-hour screen-on-time mark, as long as you’re not purposely trying to kill its battery. The device just keeps on going. For the vast majority of users, this device will easily last through a single day. Some of you may even be able to push it past two days, if you’re not using your phones all that much. The OnePlus 9 Pro could become one of the best battery smartphones of 2021, at least based on our initial results. 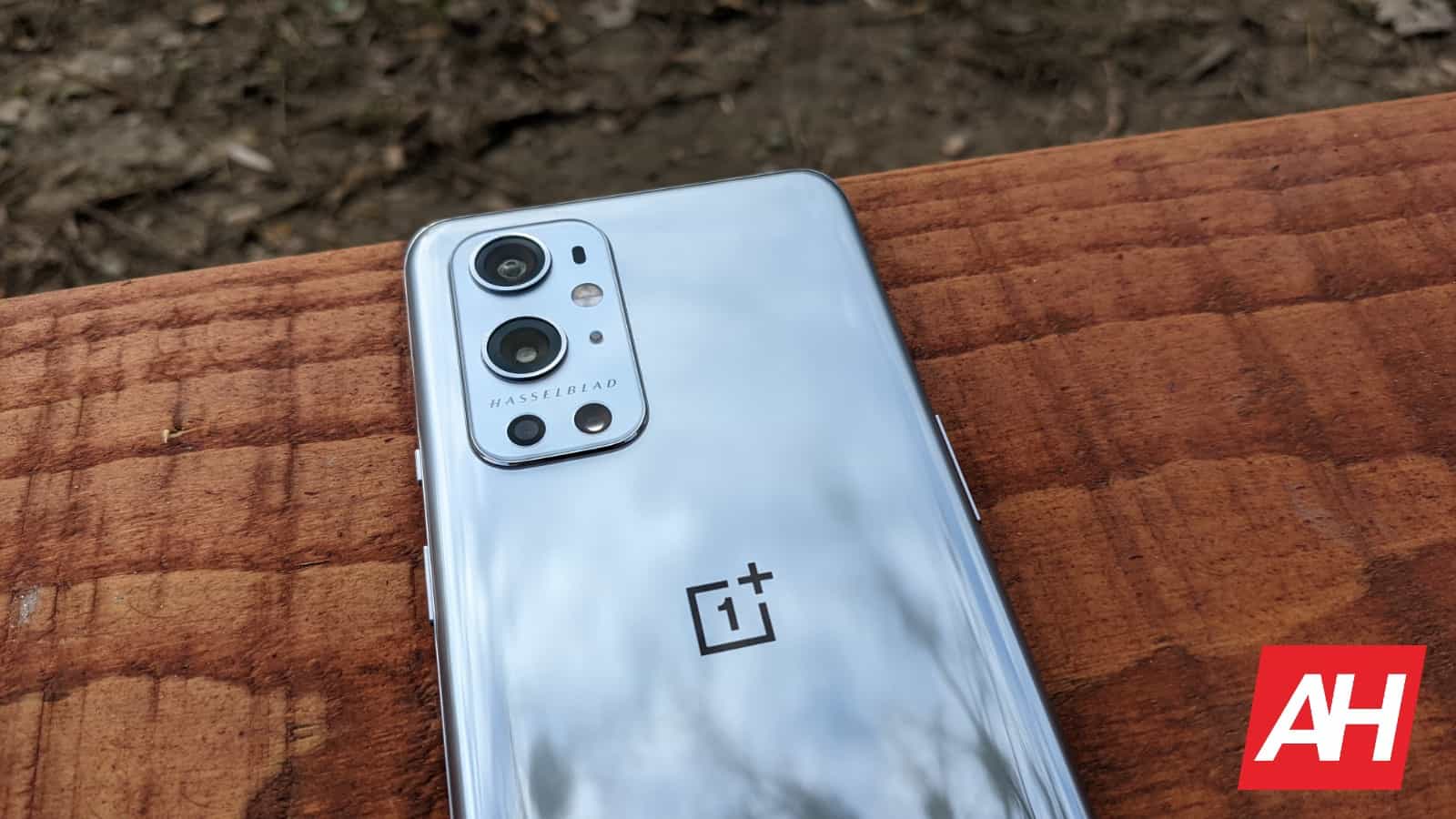 The phone could do a better job in low light, especially with overall light balance, and flare from street lights. It also tends to crush blacks in images, it simply doesn’t pull enough details from shadows. The camera performance in general is not as consistent as I’d like it to be. At times, it captures excellent, well-balanced shots, with plenty of details. Other times, it tends to blur out parts of the image that should not be blurred out at all. Pictures do end up looking good, but considering the hype behind this launch, and Hasselblad’s involvement, more was expected. The ultra-wide camera does a really good job, on the other hand, even though it suffers from several similar problems.

The OnePlus 8 Pro, on the flip side, is still an excellent camera smartphone. It may not be the best out there, but it has a lot to offer, and is definitely worth considering. I do hope that OnePlus will address these issues with updates, and that the OnePlus 9 Pro will fulfill its potential. The phone has excellent camera hardware, and it would be a shame not to take advantage of it.

The audio performance is very similar on these two devices. They both come with stereo speakers, which are really good. The sound those speakers can provide is loud, sharp, and well-balanced. Dolby Atmos is supported, and not many people will have complaints here. The sound output is on par with other flagship-grade smartphones on the market, at the very least, which is great.

If you hook up a good pair of headphones, you’ll get well-balanced sound across the spectrum. Both phones can provide some bass as well, and you won’t really feel like the sound is lacking anything. Audiophiles may have complaints, of course, but for the vast majority of people… well, either of these two phones will do great.