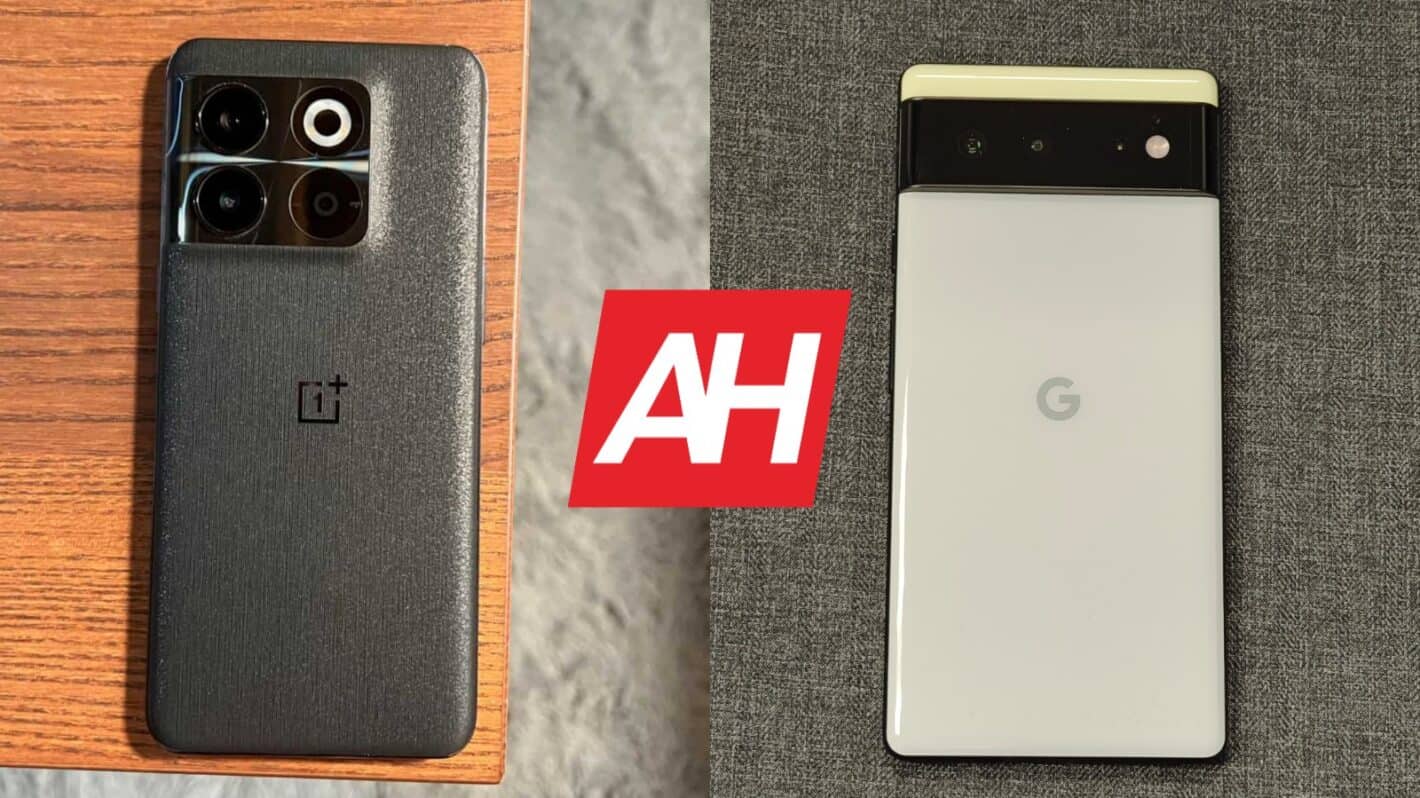 The OnePlus 10T launched quite recently, and it entered a very competitive market. In this article, we’ll compare it to one of its most logical competitors. We’ll compare the OnePlus 10T vs Google Pixel 6. These two phones will be competing for similar types of users. Not only are they both enthusiast devices to a degree, but they have similar price tags, and are similar in terms of size. They’re both considered to be high-end phones, though not the very best their companies have to offer.

The OnePlus 10 Pro is still considered to be OnePlus’ flagship, despite the fact it has an inferior SoC and charging to the OnePlus 10T. The Google Pixel 6 Pro, despite being quite similar to the Pixel 6, carries the flagship mantle over at Google. The OnePlus 10T and Pixel 6 are just a step behind their siblings, though, and in some ways, they’re even better. That being said, we’ll kick things off by comparing their specs, and will move from there.

The OnePlus 10T actually comes with a plastic frame, and a glass back. You would never guess it’s a plastic frame, though, it looks and feels quite premium. The Google Pixel 6, on the other hand, is made out of metal and glass. Gorilla Glass 5 sits on the back of the OnePlus 10T, while Gorilla Glass 6 is placed on the back of the Pixel 6. Both phones have a flat display, and a centered display camera hole. 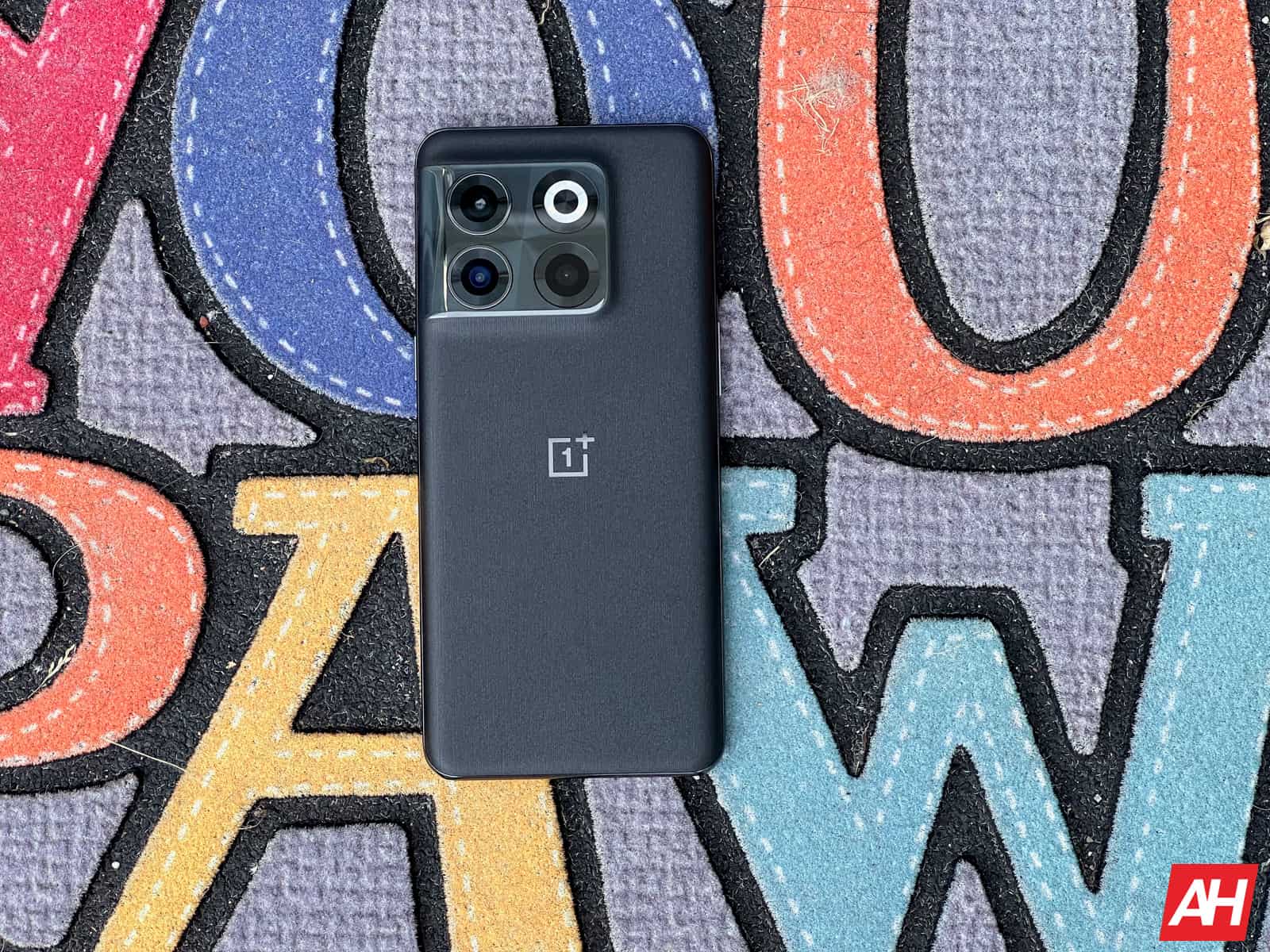 The two phones are also quite similar size-wise. The OnePlus 10T is slightly taller and wider, while they’re basically the same thickness. They also have similar weights, as the difference is only 3 grams, and they both weigh over 200 grams. So, these two devices are not exactly compact, nor are they light. They both do feel nice in the hand, though, while only the Pixel 6 is water and dust resistant (IP68 rating).

In terms of looks, they do differ quite a bit. The OnePlus 10T is a bit more rounded, while its rear camera island sits in the top-left corner, and looks interesting The Pixel 6’s camera visor on the back is hard to miss, as it stretches from one side to the other, and protrudes quite a bit. The Pixel 6 also combines three colors on the back, including the black-colored camera visor. They do feel completely different in the hand, while the Pixel 6 is more slippery as it doesn’t have a special coating on its glass backplate. The Pixel 6 does have slightly thicker bezels, but they’re still quite thin.

On paper, the OnePlus 10T does have a better display. Will you notice the difference in refresh rate? Well, that all depends on who you are. Both displays are quite smooth in operation, so most people probably will not. Those of you with a keen eye will notice, though, I know I do. Both phones do feel really smooth in use, though, and those displays do play a huge part in that. They’re well-optimized, and both phones offer really good touch response.

Generally, both displays are really good. Truth be said, most people won’t really find anything wrong with either of these. They’re both sharp enough, and feel really smooth in use. They’re both quite vivid, and bright enough. Well, the OnePlus 10T’s panel felt better to use outdoors, in direct sun, but there are much better options out there for that purpose. The viewing angles are excellent on both displays too. So, there’s nothing specifically wrong with either of them.

Both of these phones are quite powerful. The OnePlus 10T is fueled by the Snapdragon 8+ Gen 1 SoC. The phone comes in 8GB and 16GB RAM variants. The Pixel 6, on the flip side, is fueled by the Google Tensor SoC, and comes with 8GB of RAM. Both OnePlus and Google used LPDDR5 RAM in these phones, along with UFS 3.1 flash storage. Both phones are really well-optimized too.

Android 12 comes pre-installed on both smartphones, but the experience is considerably different. While the Pixel 6 has stock Android pre-installed, OxygenOS 12.1 comes included on the OnePlus 10T. As already mentioned, though, both builds are really well-optimized, and both phones fly in everyday use. You’ll really have to do your best to get these two to slow down.

They do a great job in everyday use, for stuff like opening and closing apps, multitasking, browsing, consuming multimedia, image editing, video editing, and so on. They’re also great when gaming is concerned, if that’s something you’re interested in. You can play basically any game from the Google Play Store on either of these two phones, and they’re set to deliver in the performance department. Heat is not exactly a problem either, though both will get quite warm during longer gaming sessions.

Overall, the OnePlus 10T offers much faster charging, it’s not even close. It’ll take you about two hours to fully charge the Pixel 6, you can charge the OnePlus 10T several times in that time span. If wireless charging is important to you, though, the Pixel 6 is the only option, as that is a feature OnePlus omitted when it comes to the OnePlus 10T. That is one of the company’s cost-cutting measures to bring the device’s price down.

How’s the battery life on these two phones? Well, not bad, not bad at all. The OnePlus 10T does have better battery out of the two, at least in our testing. The phone managed to provide us with 10 hours of screen-on-time multiple times during our review period. The Pixel 6, on the other hand, was closer to 6.5-7 hours of screen-on-time. At times, it managed to step over the 7-hour mark. Your mileage may differ considerably, though. Do note that our typical usage doesn’t include much gaming. 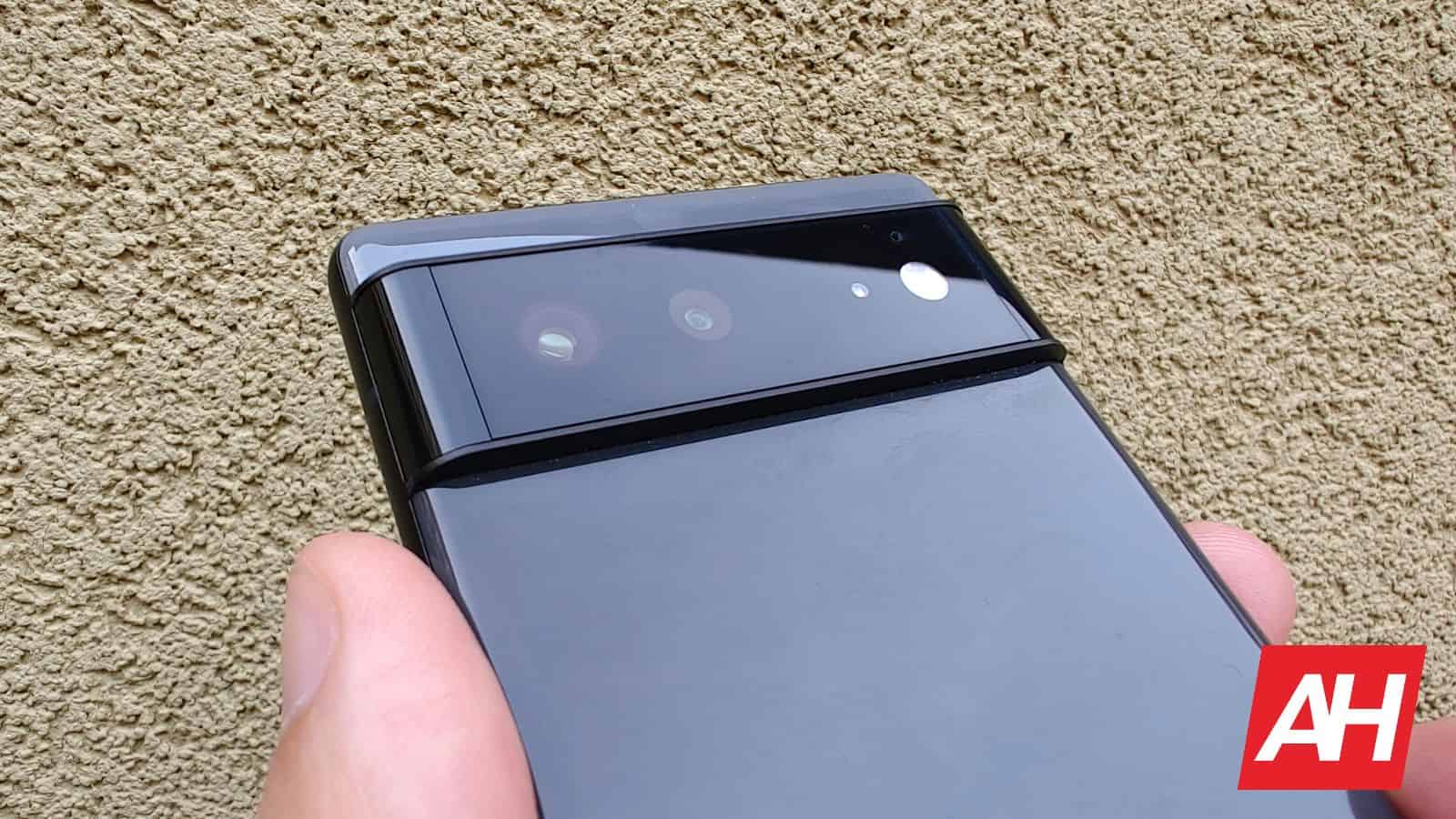 The images tend to look better balanced during the day, and the same goes for nighttime shots, actually. The OnePlus 10T needs plenty of light to truly nail the shot in comparison to the Pixel 6. Don’t get us wrong, the OnePlus 10T camera is not bad, but in comparison to the Pixel 6, it doesn’t look great. That is especially true in low light, where the Pixel 6 shines. It managed to provide less noise, and rather bright images with plenty of detail.

The Pixel 6 also handles HDR conditions better, as it really managed to balance out such scenes. The OnePlus 10T does a great job at times, but it’s nowhere near as consistent in such, challenging situations. It does provide enough detail during the day, though. The ultrawide camera on the Pixel 6 also performs better, and it’s quite in line with the main camera in terms of colors. The same cannot be said for the OnePlus 10T.

First and foremost, do note that neither of these two phones offers a 3.5mm headphone jack. The two phones do have stereo speakers, though, and in both cases, those speakers are very good. They do get loud enough, and the soundstage seems to be wide enough. The distortion is also minimal, and only at the very highest of volumes. The output sounds different, but they’re on a similar playing field. These are not the best speakers we’ve heard, though.

The output is well-balanced, while the vocals are quite clear. We do not have major complaints about these speakers and audio output in general. Another thing to note is that both phones do support Bluetooth 5.2.