This time around we’re comparing the very best from OnePlus and Xiaomi. We’ll compare the OnePlus 10 Pro vs Xiaomi 12 Pro, the two flagship smartphones from the two companies. Both of these phones launched this year, well, their global models did. The Chinese variants arrived a while back. They both have a lot to offer in terms of specifications and performance, while they also look quite modern as well.

These phones share some internals, but for the most part, they are different. Their software builds are also different, despite the fact they both ship with Android 12 out of the box. There’s a lot to talk about here. We’ll kick things off by listing their specifications, and we’ll then compare the two phones across a number of categories. Let’s start with the OnePlus 10 Pro vs Xiaomi 12 Pro comparison, shall we?

Both of these smartphones are made out of metal and glass. They feel entirely different in the hand, though. The Volcanic Black model of the OnePlus 10 Pro, the one we reviewed, has a different coating on the back, so it’s a bit more grippy. Both feel premium in the hand, and both are quite large. The OnePlus 10 Pro is narrower, but you won’t notice the difference. The two phones are almost equally tall and similar in terms of thickness and weight.

Now, as you can see, both of them have a display camera hole. In the case of the OnePlus 10 Pro, that hole is placed in the top-left corner. The Xiaomi 12 Pro has a centered display camera hole. All the physical buttons are on the right-hand side of the Xiaomi 12 Pro, while the situation is different with the OnePlus 10 Pro. The power/lock key is located on the right, along with the alert slider. The volume up and down buttons sit on the left.

The rear camera modules are also different from the design standpoint. The one on the OnePlus 10 Pro seems like an extension of the phone’s frame. That’s something Samsung did with the Galaxy S22 and S22+, amongst some other of its devices. The Xiaomi 12 Pro has a regular-looking camera island, which is located in the top-left corner of the phone’s back. Both of those camera islands do protrude a bit, and both phones have curved displays with thin bezels.

When it comes to displays, well, they’re quite similar, on paper. The OnePlus 10 Pro includes a 6.7-inch QHD+ (3216 x 1440) LTPO2 Fluid AMOLED display. This is a curved display that supports up to 1 billion colors and has a 120Hz refresh rate. It supports HDR10+ content and gets quite bright at 1,300 nits of peak brightness. This panel is protected by the Gorilla Glass Victus. 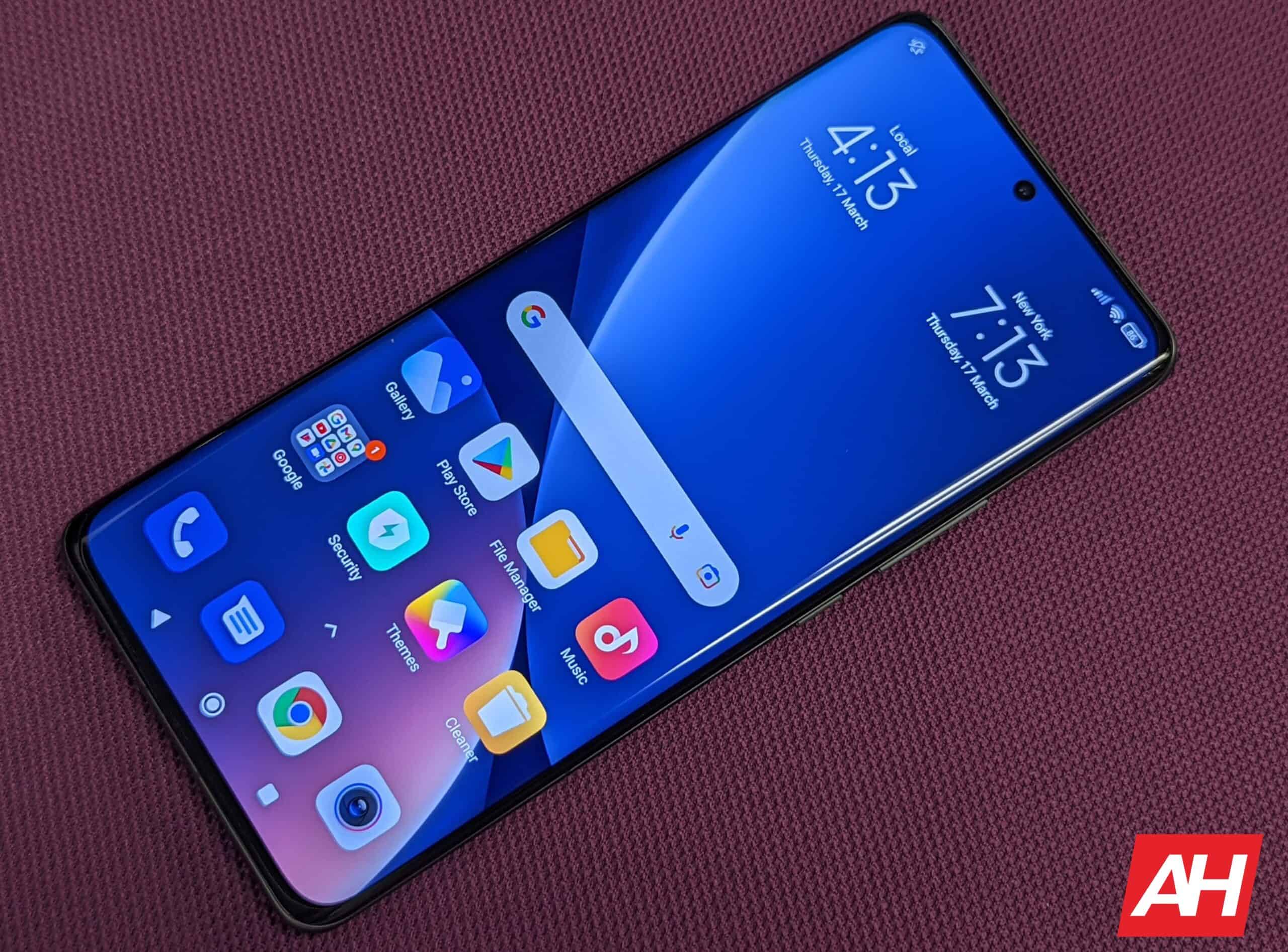 The Xiaomi 12 Pro, on the other hand, boasts a 6.73-inch QHD+ (3200 x 1440) LTPO AMOLED display. This display is also curved, and it can also project up to 1 billion colors. It supports a 120Hz refresh rate, and Dolby Vision as well. It also supports HDR10+ content and gets extremely bright at 1,500 nits of peak brightness. The Xiaomi 12 Pro’s display is protected by the Gorilla Glass Victus as well.

As you can see, both displays look outstanding on paper, and the same goes for real-life representation as well. Both are immensely bright, vibrant, and responsive. Touch response is excellent, and so are the viewing angles. The colors are punchy, while the blacks are deep as you’d expect them to be. Both are more than sharp enough, which is to be expected considering their resolution. There’s really not a single complaint that we have on either of these two displays. You also have some additional options for them, so you can make them even more vibrant if you want, for example.

As you probably already know, both of these phones are fueled by the same SoC, the Snapdragon 8 Gen 1. That is the best SoC Qualcomm has to offer at the moment. It can get quite toasty, but both companies have a way to deal with that, so the heat was not an issue during our usage. Both phones got warm during gaming, but nothing that should worry you or anything of the sort.

Do note that both phones are also equipped with LPDDR5 RAM, and UFS 3.1 flash storage, and ship with Android 12, though different skins on top of it. Both of those skins are well-optimized and work great with this hardware. It’s hard to stress how smooth these two phones are when it comes to performance. They can multitask like champs, and the same goes for gaming. Regular tasks such as switching between apps, browsing, and so on, are a piece of cake for both phones.

You’ll find it hard to get either of these two phones to slow down during usage. We also did not notice any throttling during gaming sessions, due to heat, that would make them slow down. These two are some of the fastest smartphones on the market at the moment and that shows during usage.

The OnePlus 10 Pro comes with a 5,000mAh battery, while the Xiaomi 12 Pro includes a 4,600mAh battery. Do note that they have the same SoC, very similar displays, and so on. Does the difference in capacity make a difference? Well, yes, it does. Xiaomi should have provided more in this regard, at least if feels that way The OnePlus 10 Pro was able to provide more juice during the day, at least during our testing.

Don’t get me wrong, the Xiaomi 12 Pro battery life is not bad, but it’s not as good as the OnePlus 10 Pro’s. The OnePlus 10 Pro was able to push us over the 6-hour screen-on-time mark, almost consistently, while the same cannot be said for the Xiaomi 12 Pro. Your mileage may differ, of course. There are a lot of aspects involved in this, so your usage will play a huge part; your network, location, and so much more.

What about the cameras? Are they any good? Well, yes, they’re excellent, actually. Every major flagship these days has really great cameras, and these two are not an exception, that’s for sure. Both phones can provide really detailed and punchy photos during the day. We did notice that the Xiaomi 12 Pro tends to oversaturate a bit, at times, though, but that didn’t happen frequently, and it can easily be corrected. Other than that, the main cameras in good lighting deliver on both phones, and that goes for HDR situations as well. 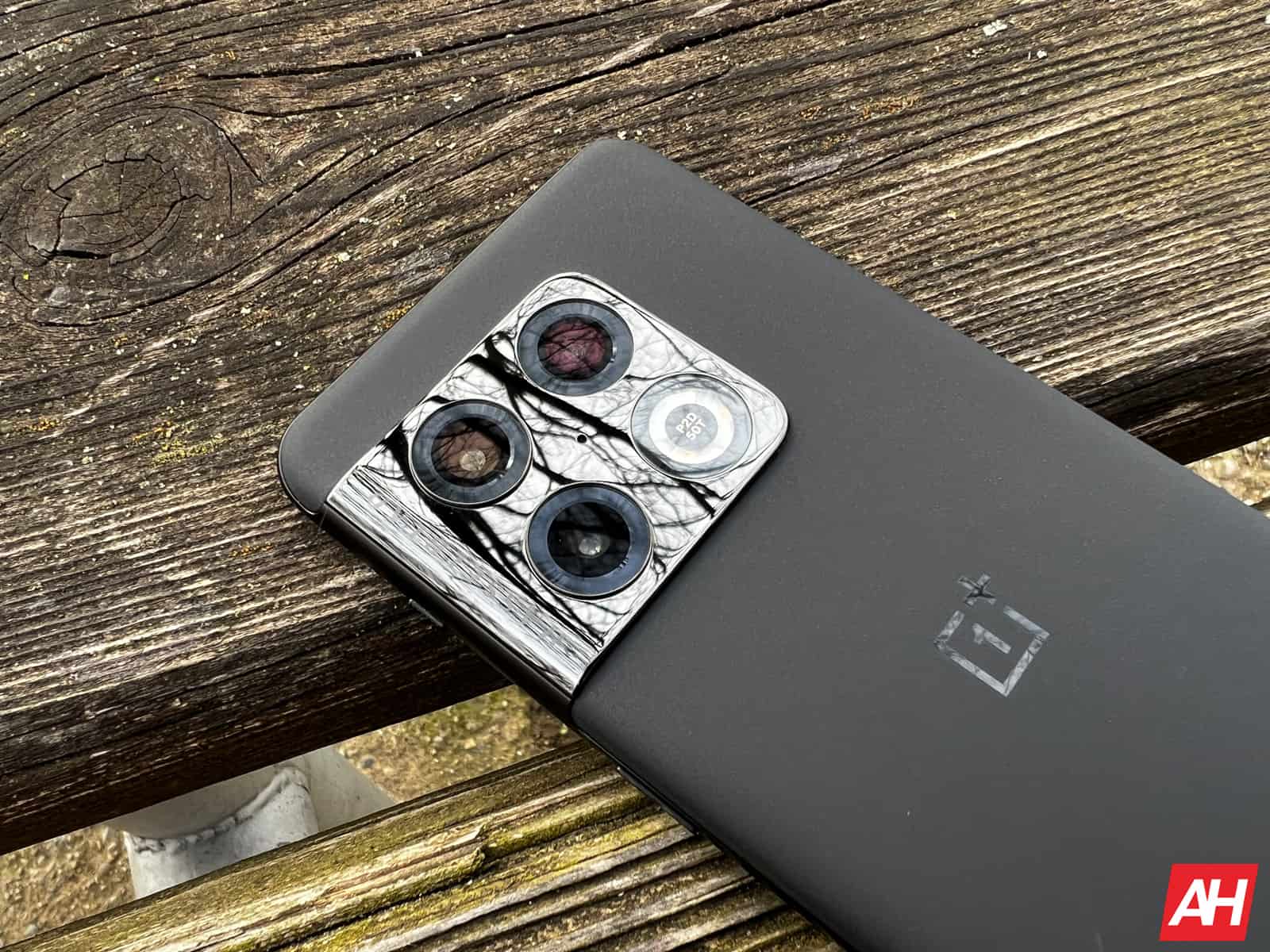 When the light goes away, they do a great job as well. Both phones are quite capable of providing plenty of light in such conditions, without flash, of course. They manage to keep plenty of details from such images and balance them properly. Ultrawide cameras did a great job as well, though do note that you’ll get a fisheye effect if you use the OnePlus 10 Pro’s 150-degree FoV mode.

What we did notice is that the OnePlus 10 Pro’s video footage in 4K was rather jumpy, which was not the case with the ultrawide camera. An update arrived since then, though, so OnePlus may have fixed it already. OnePlus’ Hasselblad partnership is noticeable when it comes to the color science, especially in images, as the colors turn up great. All in all, both phones are excellent in the camera department.

Both devices have stereo speakers, but entirely different setups. The OnePlus 10 Pro provides two speakers, while the Xiaomi 12 Pro has four of them. Both phones can provide really detailed audio thanks to those speakers. Both sets of speakers do get quite loud, though the Xiaomi 12 Pro goes the distance in that regard. We preferred the sound coming from the Xiaomi 12 Pro, but both did a great job.

Neither of these two devices offers a 3.5mm headphone jack, which is something we’re used to. You can always take advantage of the Type-C USB port, or simply connect your headphones via Bluetooth. You can get really good sound in return, by the way, as long as you manage your expectations.