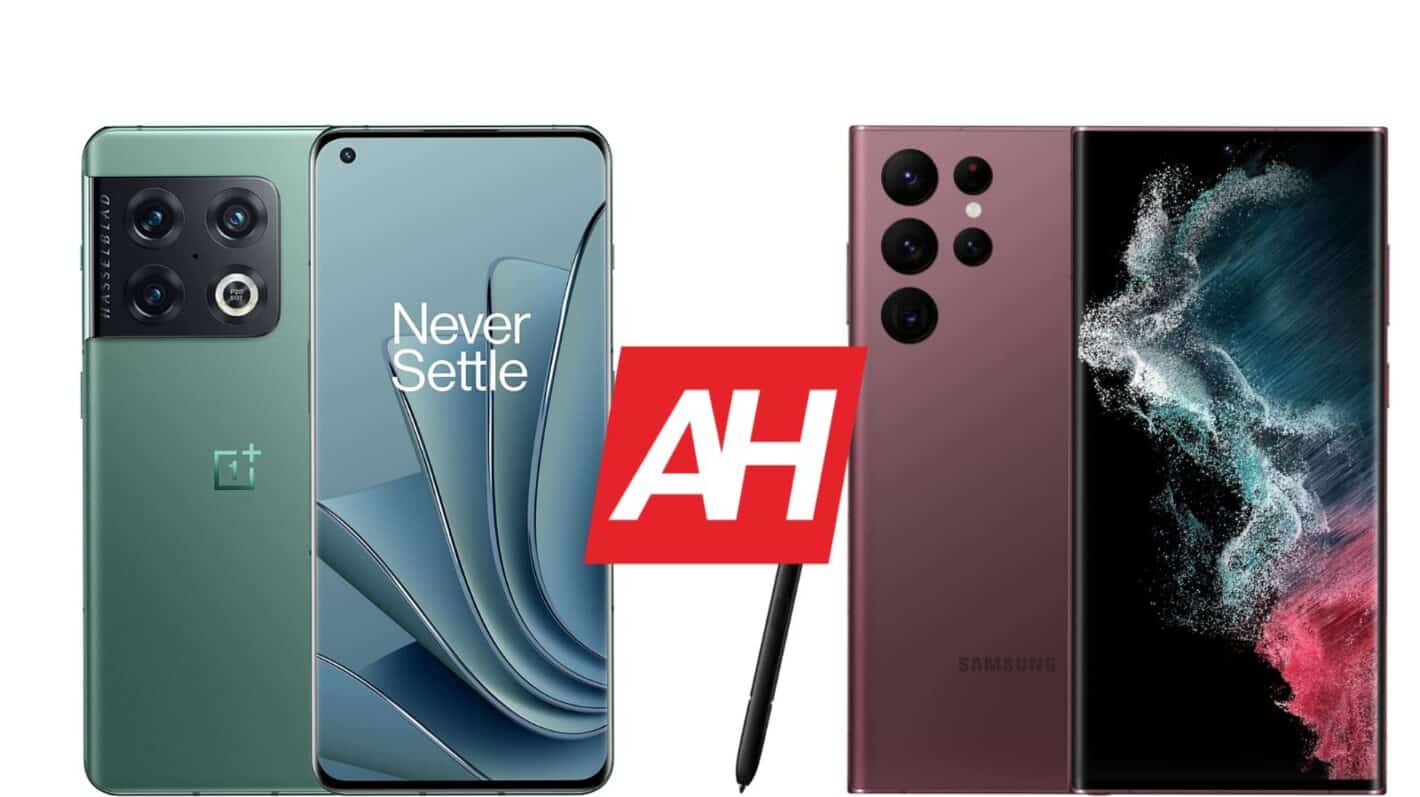 The OnePlus 10 Pro arrived to global markets, and in this article, we’ll compare it with the very best Samsung has to offer. In other words, we’re comparing the OnePlus 10 Pro vs Samsung Galaxy S22 Ultra. That is a logical comparison, as both of these brands are quite popular, and the same goes for their flagship phones. These two phones can definitely compete one with the other, though there are considerable differences between them.

The two phones do share some internals, but they do both look and feel completely different. Their software builds are also vastly different, and the same goes for various other aspects. As is usually the case, we’ll first list their specifications below, and then compare the two devices across a number of categories. We’ll compare their designs, displays, performance, battery performance, cameras, and audio. That being said, let’s kick off the OnePlus 10 Pro vs Samsung Galaxy S22 Ultra comparison.

As you can see in the provided image above, these two phones are fairly different. The Galaxy S22 Ultra has a more squarish design than the OnePlus 10 Pro. The top and bottom sides are completely flat on that phone, while the sides are completely rounded. The edges are quite sharp. The OnePlus 10 Pro paints a different picture. Its edges are curved, while the phone is much more curvey. Its front and back sides are also proportional, but the curve is not as emphasized as on the Galaxy S22 Ultra.

These two devices offer a completely different in-hand feel. The Galaxy S22 Ultra is a bit more slippery, and it also includes an S Pen stylus in the bottom-right corner. Both devices do feel quite premium in the hand, and both are made out of metal and glass. They both weigh over 200 grams, but the Galaxy S22 Ultra is noticeably heavier. They’re almost equally tall, but the OnePlus 10 Pro is a lot narrower, and slightly thinner too.

The OnePlus 10 Pro features a 6.7-inch QHD+ (3216 x 1440) LTPO2 Fluid AMOLED display with a 120Hz refresh rate. The phone does offer an adaptive refresh rate, and it gets quite bright at 1,300 nits of peak brightness. It does support HDR10+ content, and can portray up to 1 billion colors. This display is curved, and it’s protected by the Gorilla Glass Victus. We’re looking at a 20:9 display aspect ratio, and around a 90-percent screen-to-body ratio. 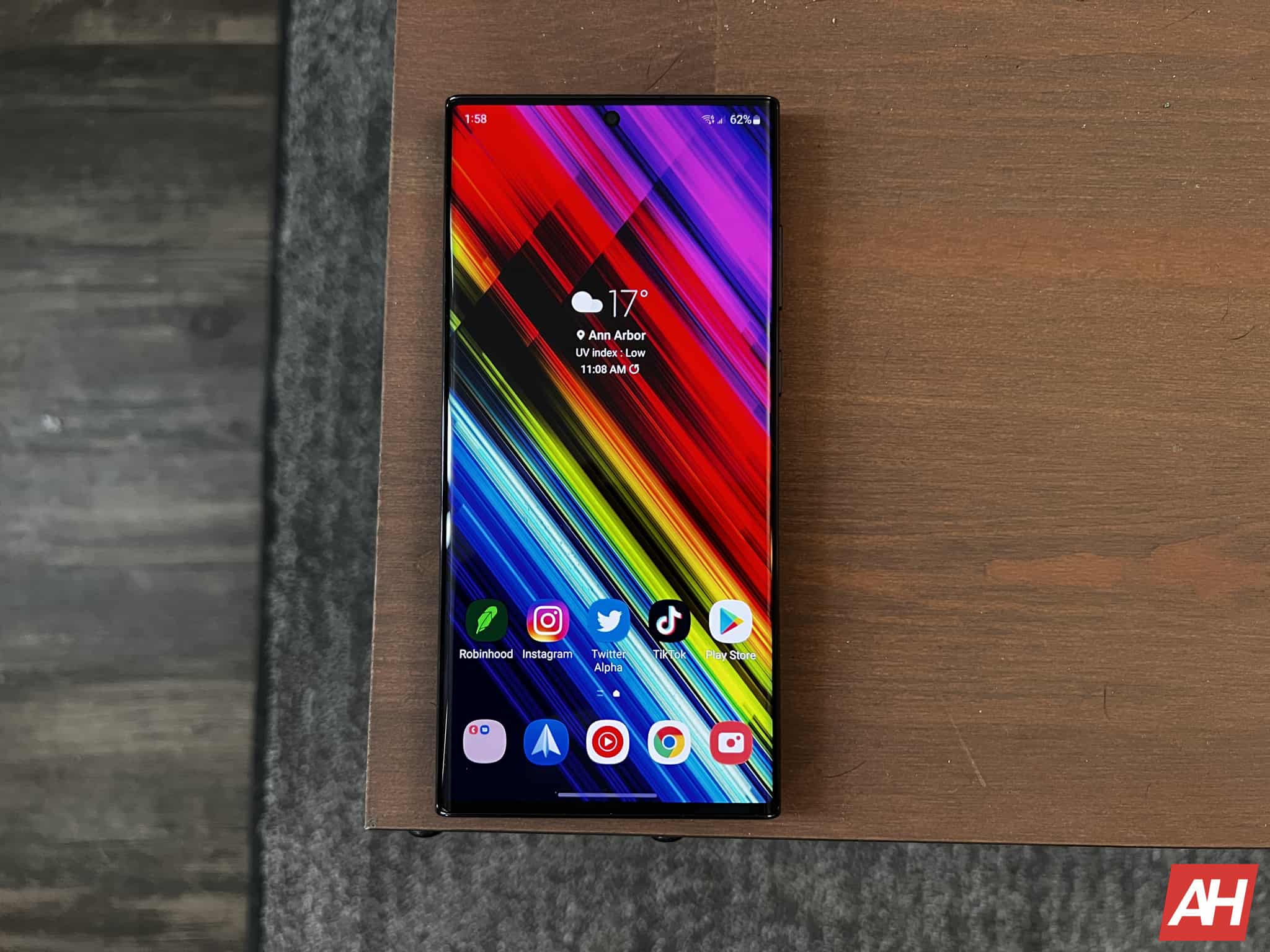 The Galaxy S22 Ultra’s panel, on the other hand, measures 6.8 inches. This is a QHD+ (3088 x 1440) Dynamic AMOLED 2X display, which is curved. It is also an LTPO panel with a refresh rate up to 120Hz, and it does support adaptive refresh rate This display also offers HDR10+ content support, and it gets even brighter at up to 1,750 nits of brightness. Do note that you can achieve that only in auto mode, though. This panel is protected by the Gorilla Glass Victus+.

Both of these displays are truly gorgeous. These two panels are easily amongst the best displays on the market at the moment. Not only are they extremely bright, but they’re also extremely sharp, offer deep blacks, and excellent, punchy colors. The viewing angles are excellent, and both displays offer a great touch response. An adaptive 120Hz refresh rate is only icing on the cake. You can’t go wrong with either one of these panels.

In addition to those chipsets, the two phones are equipped with LPDDR5 RAM and UFS 3.1 flash storage. So, neither company skimped on the internals. Do note that you can get both 8GB and 12GB RAM variants of the two devices, well, in most markets. In the US, only the 8GB RAM model of the OnePlus 10 Pro is available. OnePlus did say that a 12GB RAM variant will arrive at a later date, though.

The performance on both devices is stellar. You’ll be hard-pressed to slow down either one of these phones. They flew through everything we threw at them, ranging from web browsing and media consumption, to photo and video editing, and also gaming. Both handled all that without a problem, and didn’t get too hot while they were doing it. They did get quite warm, which is something we’ve noticed more on the Galaxy S22 Ultra, but both were quite warm during gaming sessions. That’s not something that should worry you, though, as the line hasn’t been crossed, and it didn’t affect the performance in any way.

Both of these smartphones pack in a 5,000mAh battery on the inside. That’s a generous battery capacity, which is required considering the sheer power they offer, and those large, and sharp displays. The OnePlus 10 Pro sees a noticeable battery capacity improvement over its predecessor, which is nice to see. So, how did they perform? Is the battery life any good on these two phones? The answer is yes.

The Galaxy S22 Ultra doesn’t perform as well in this regard as the Galaxy S21 Ultra did, but it delivers excellent battery life. The same goes for the OnePlus 10 Pro as well. Both phones were able to provide us with around 6.5 hours of screen-on-time, usually. On some days, those numbers were slightly lower, but both even managed to cross the 7-hour screen-on-time threshold. As I always say, take this information with a grain of salt. Your usage will be considerably different, and you’ll use it in different spots geographically, so various different aspects will impact battery life. Do note that the battery life will also be considerably lower if you’re gaming a lot, or doing something else that will drain the battery. 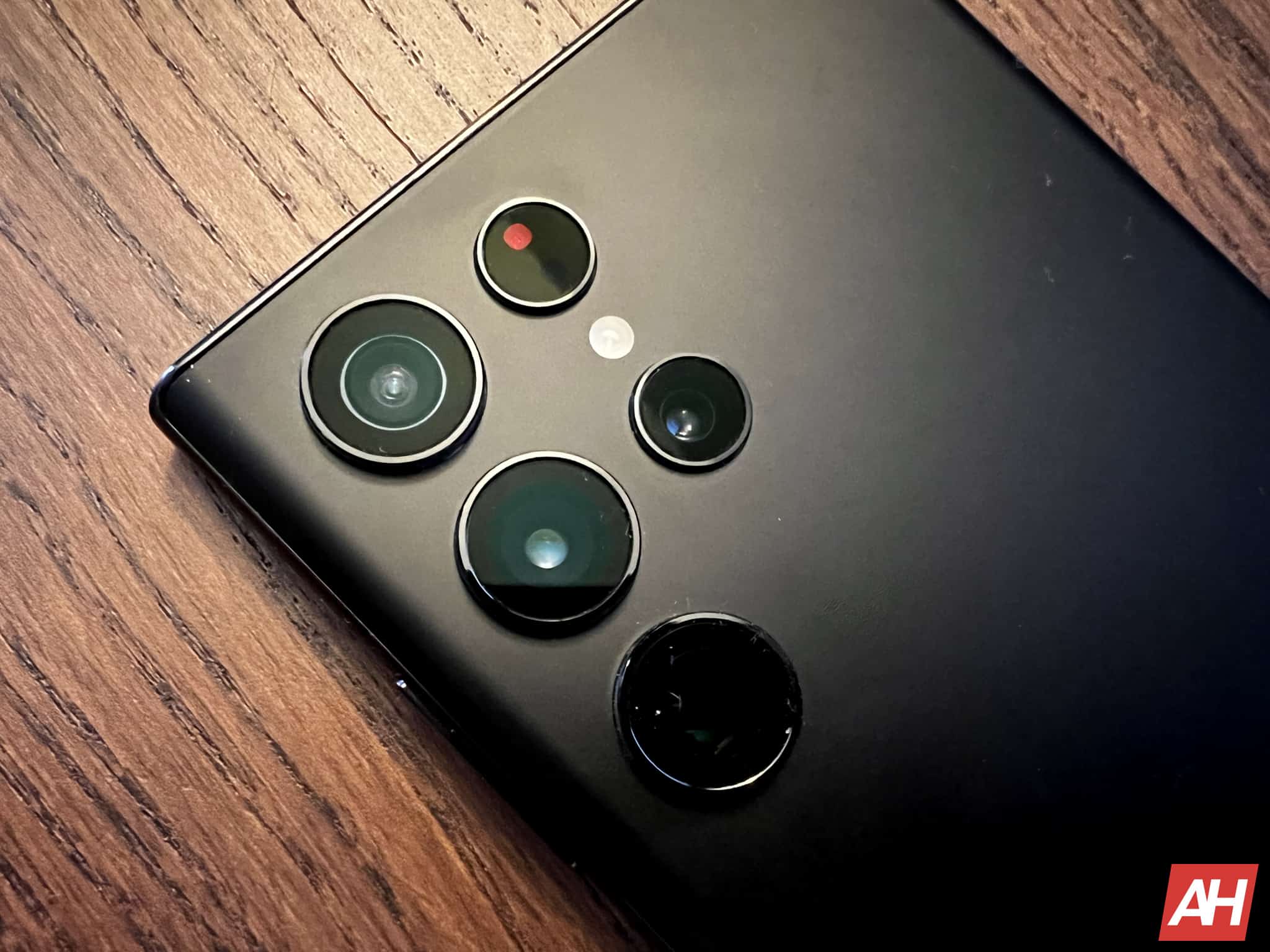 Both phones have extremely compelling setups, but deliver different results. In good lighting, both phones perform admirably. They can provide images with plenty of details, great colors, and a good dynamic range. The OnePlus 10 Pro even tends to offer better color science, and the Hasselblad factor may have something to do with that. It no longer oversharpens shots, as its predecessor tended to do, the results are far better balanced this time around.

When the light goes away, both phones do an amazing job. The OnePlus 10 Pro does fail to bright up parts of pictures at times, though it doesn’t happen often, and it’s likely a bug that OnePlus will correct. Most of the time, it does an amazing job in low light, just like the Galaxy S22 Ultra. Even ultrawide cameras on both phones perform admirably in low light. The same goes for regular lighting actually, and the OnePlus 10 Pro’s ultrawide camera actually comes with a 150-degree FoV, though that results in fisheye images.

When it comes to video, both do a great job, though for some reason the OnePlus 10 Pro is quite shaky when you’re shooting 4K video with the main camera. The same is not the case when you use the ultrawide camera. So, that’s probably just another optimization OnePlus needs to do. Other than that, both phones do a great job.

If you’re hoping to use a 3.5mm headphone jack on your phone, neither of these two phones are for you, as neither of them includes such a port. You’ll need to use a dongle, Type-C headphones, or Bluetooth. What they do include are stereo speakers, and those speakers are actually quite good on both phones.

It is worth saying that the Galaxy S22 Ultra speakers do get a little bit louder, and they do sound a little bit richer as well. The difference is not that noticeable, though, as both phones are quite compelling in this regard. The sound output is well-balanced too.