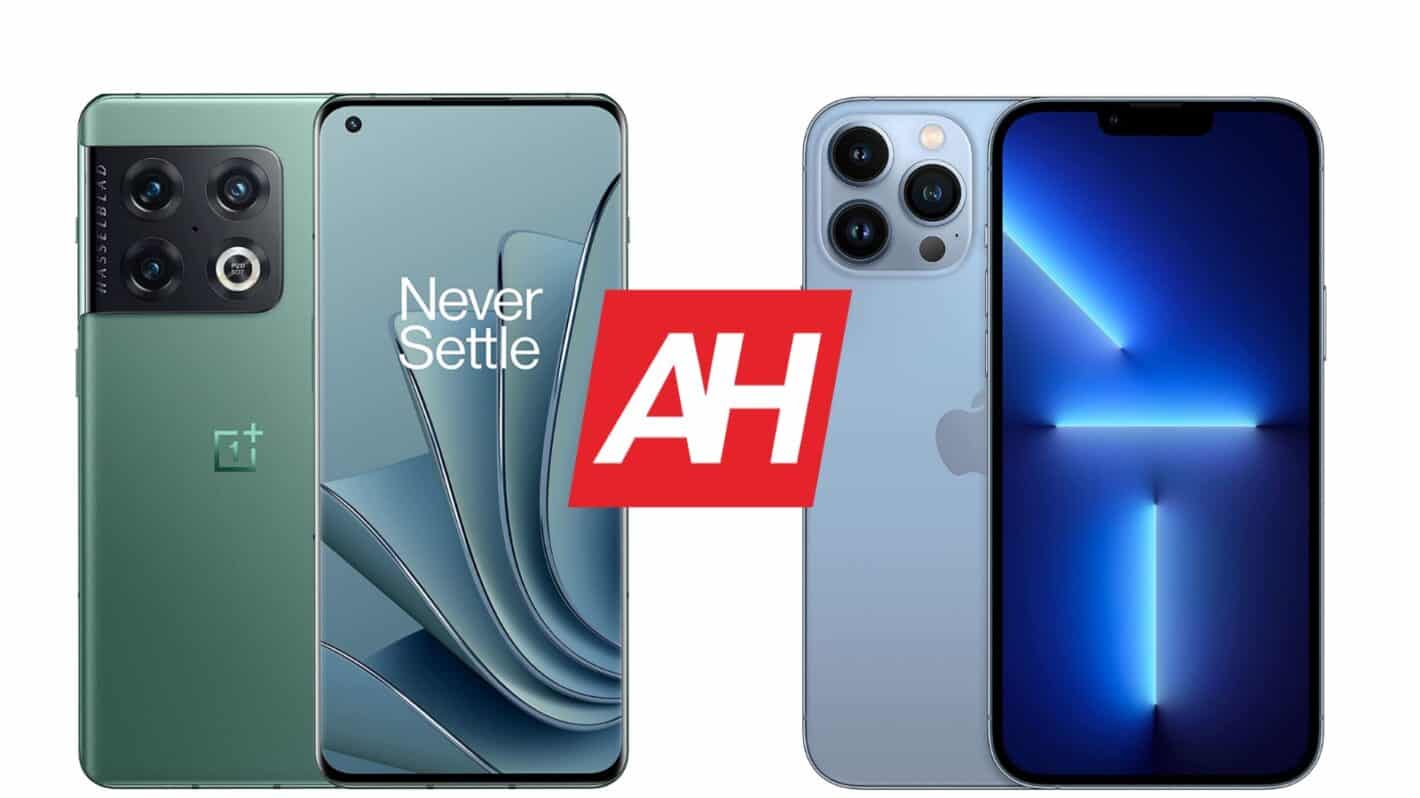 In this article, we’ll compare the OnePlus 10 Pro vs Apple iPhone 13 Pro Max, the very best that OnePlus and Apple have to offer at the moment. Both of these smartphones are quite large, and they offer truly powerful specs. In that sense, they’re similar, but in almost every other way, they’re quite different. That’s what will make this comparison interesting, those differences. Each of them has its pluses and minuses, of course.

We’ll first list their specifications side-by-side so that you can check them out, and then we’ll move on to compare the two phones across a number of categories. We’ll compare their designs, displays, performance, battery life, cameras, and audio performance. They’re not only different in terms of sheer design, but also their internals, and software that they’re running. So, let’s jump-start the OnePlus 10 Pro vs Apple iPhone 13 Pro Max comparison.

Speaking of which, there is a display camera hole in the top-left corner of the OnePlus 10 Pro’s display. The iPhone 13 Pro Max, on the other hand, has a rather unseemly notch still. It is less wide than the one on its predecessor, but it’s a bit taller now. The bezels are really thin on both smartphones, though, not counting that notch. The OnePlus 10 Pro has a three-setting alert slider, while the iPhone 13 Pro Max has a mute switch (two-setting).

Both of these devices incorporate large displays, but they’re not identical. The OnePlus 10 Pro features a 6.7-inch QHD+ (3216 x 1440) LTPO2 Fluid AMOLED display. This panel is curved, can project up to 1 billion colors, and has a 120Hz refresh rate. It does support HDR10+ content, and gets quite bright, up to 1,300 nits. Its display aspect ratio is 20:9, while it has a screen-to-body ratio of around 90-percent. The display is protected by the Gorilla Glass Victus. 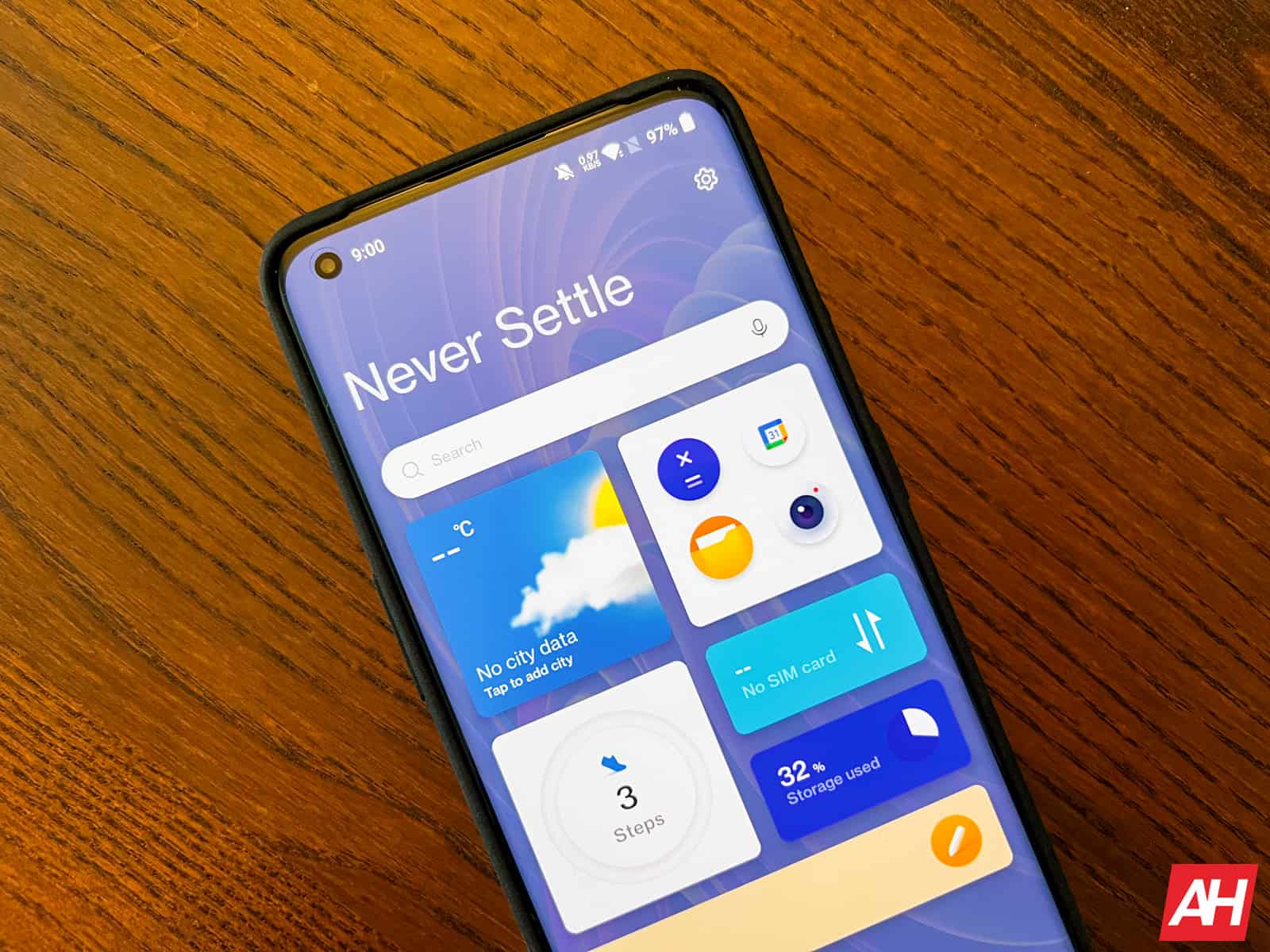 The iPhone 13 Pro Max, on the flip side, includes a 6.7-inch display, but this panel is flat. It has a resolution of 2778 x 1284, and a display aspect ratio of 19.5:9. Its screen-to-body ratio is around 87-percent. This is a Super Retina XDR OLED display with a 120Hz refresh rate, which supports HDR10 content. It also comes with Dolby Vision support, and gets up to 1,200 nits of brightness. It features scratch-resistant ceramic glass as protection.

Both of these displays are excellent, to say the least. They get truly bright, and offer really punchy colors, and deep blacks. The viewing angles on both phones are excellent, while touch response is also great. There’s really not a single complaint that we can make here, really, you’ll enjoy using both of them. One is flat and the other is not, so that’s a matter of preference, of course.

The performance on both phones is excellent, though they offer truly different things. By that, I mean software, of course. The OnePlus 10 Pro comes with Android 12 out of the box, and OxygenOS 12.1 on top of it. The iPhone 13 Pro Max includes iOS 15 out of the box. Those are considerably different experiences, and the first thing you need to do is decide which you prefer, Android or iOS.

The good news is that both phones are immensely powerful in the spec department, and also really well-optimized. The OnePlus 10 Pro comes with the Snapdragon 8 Gen 1 SoC, with either 8GB or 12GB of LPDDR5 RAM and UFS 3.1 flash storage. The iPhone 13 Pro Max is fueled by the Apple A15 Bionic, and it comes with 6GB of RAM, with quite a few different storage options. Both phones perform great, to say the least.

Regardless of what you throw at these two phones, performance-wise, they’ll deliver. They can open and close apps really fast, multitasking is not a problem, web browsing and multimedia consumption is also a joy, while gaming is far from being any sort of problem too. These are some of the most powerful phones on the market, with truly-optimized software. So, all you have to do is what OS you prefer, and base your decision on that, as both will deliver in the performance department… for years to come.

The OnePlus 10 Pro comes with a 5,000mAh battery, while the iPhone 13 Pro Max includes a 4,352mAh unit. Do note that iOS handles battery consumption differently, in other words, it needs smaller battery packs than Android does. That could also be due to the chipsets used, and so on. Do these two phones offer good battery life, though? Well, yes, but their offerings are quite different, the iPhone 13 Pro Max does have the edge.

Do note that the iPhone 13 Pro Max is one of the best smartphones in regards to battery life in the market, at least as far as mainstream, flagship smartphones are concerned. Depending on your usage, you can get over 7-8 hours of screen-on-time here, maybe even more. The OnePlus 10 Pro offers good battery life, but chances are you’ll be able to pull off closer to 6 hours of screen-on-time. Do note that your mileage may differ, though, there are a lot of factors counted in here, of course.

Comparing flagship smartphone cameras these days is tricky business. If you hear someone say that most flagship smartphones have great cameras, well, they’re not far off. The vast majority of popular flagships do offer excellent cameras, and truth be said, you’d be happy with either of them. That’s no different when it comes to these two phones either. Both smartphones deliver in the camera department.

Both of these phones come with three cameras on the back, though the iPhone 13 Pro Max also has a LiDAR scanner. They both include wide, ultrawide, and telephoto cameras. The shots from the main cameras are great. They’re rich with detail during the day, and well-optimized. Neither phone provides oversaturated colors (when the main sensor is concerned). Those colors do look to pop a bit more on the OnePlus 10 Pro, though. 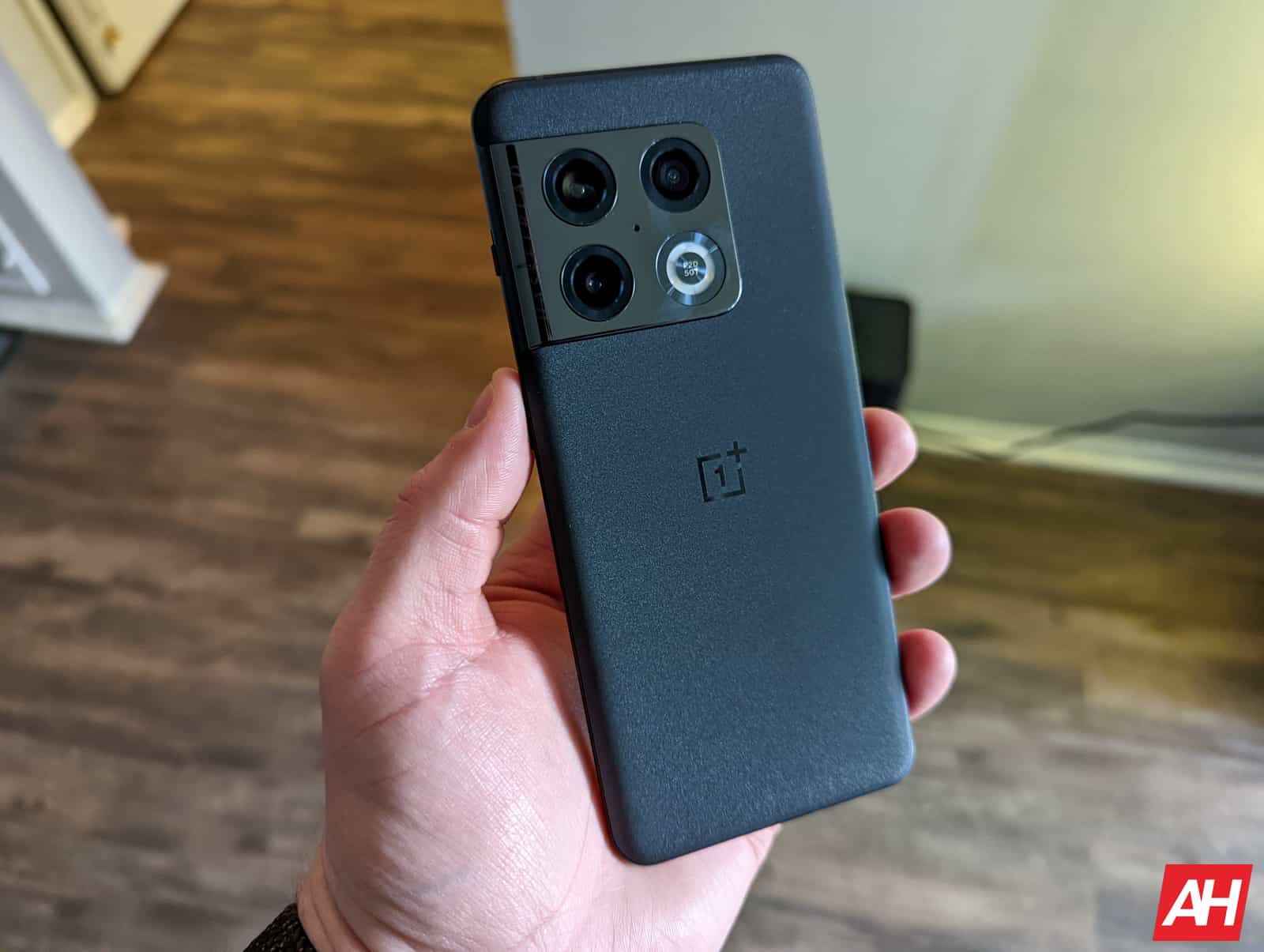 The main sensor does a great job in low light. Both phones tend to light up a scene quite a bit in post-processing, though the OnePlus 10 Pro does that more than the iPhone 13 Pro Max. Do note that both devices do offer night modes. They do a great job, though, as plenty of detail ends up being collected, while the images from the iPhone 13 Pro Max tend to look a bit more natural in such conditions.

The telephoto camera on the iPhone 13 Pro Max is superior to the one on the OnePlus 10 Pro, though. Both phones offer 3x optical zoom (well, OnePlus’ goes up to 3.3x), but the images the iPhone 13 Pro Max provides with this sensor do end up looking more natural. Video recording is better on Apple’s smartphone. The OnePlus 10 Pro tends to have problems with stabilization when you’re shooting in 4K with the main camera, that should be fixed via an update, though, as the same issue doesn’t occur with the ultrawide camera.

Both of these phones include stereo speakers, of course. Speakers on both phones are really good too. They’re loud, and offer rather full sound, while the distortion is not noticeable, even when you turn up the volume. Well, you may hear some of it at the very highest of volumes, but it’s barely noticeable. The sound output is well-balanced on both devices, and even though the sound is a bit different, it’s good in both cases.

If you were hoping to get a 3.5mm headphone jack on either of these two phones, well, you’re out of luck. As is the case with the vast majority of flagship smartphones these days, these two don’t include it either. You’ll have to opt for a USB-C or Lightning port, depending on the phone, or simply use Bluetooth headphones. The OnePlus 10 Pro comes with Bluetooth 5.2, while the iPhone 13 Pro Max supports Bluetooth 5.0.