The Huawei Mate X2 and OPPO Find N are both quite compelling foldable smartphones. Both of these phones launched this year, though the Find N is newer, as it arrived in December, not February. That being said, in this article, we’ll compare the Huawei Mate X2 vs OPPO Find N, just to give you an idea of what to expect. Foldable smartphones are not cheap, and the same goes for these two devices.

These two phones are considerably different, despite the fact they’re both foldable phones, and the fact they both open up like a book. The size is considerably different, and that changes pretty much everything. There’s a lot more to talk about, though, as the two companies approached the design process differently. Having said that, we’ll list their specs, and go from there. Let’s compare the Huawei Mate X2 vs OPPO Find N.

Both of these phones open up like a book, similar to the Galaxy Z Fold 3. Both of them offer a gap-less design when folded, unlike Samsung’s offering. They do it a bit differently, though. The Mate X2 folds at an angle, while the Find N uses a rather interesting hinge in order to achieve specific display curvature for gapless folding. Both of these are quite effective, and keep the phones folded flat.

Both phones are made out of metal and glass, and both feel substantial in the hand. The Mate X2 weighs 295 grams, while the OPPO Find N weighs 275 grams. The Mate X2 is considerably larger, though, it’s a lot taller, and it’s both wider when folded and unfolded. It is slightly thicker when unfolded, and thinner when folded. You should think long and hard about which form factor suits you better, as the difference is huge. The Mate X2 is not a one-handed phone even when folded, unlike the Find N. 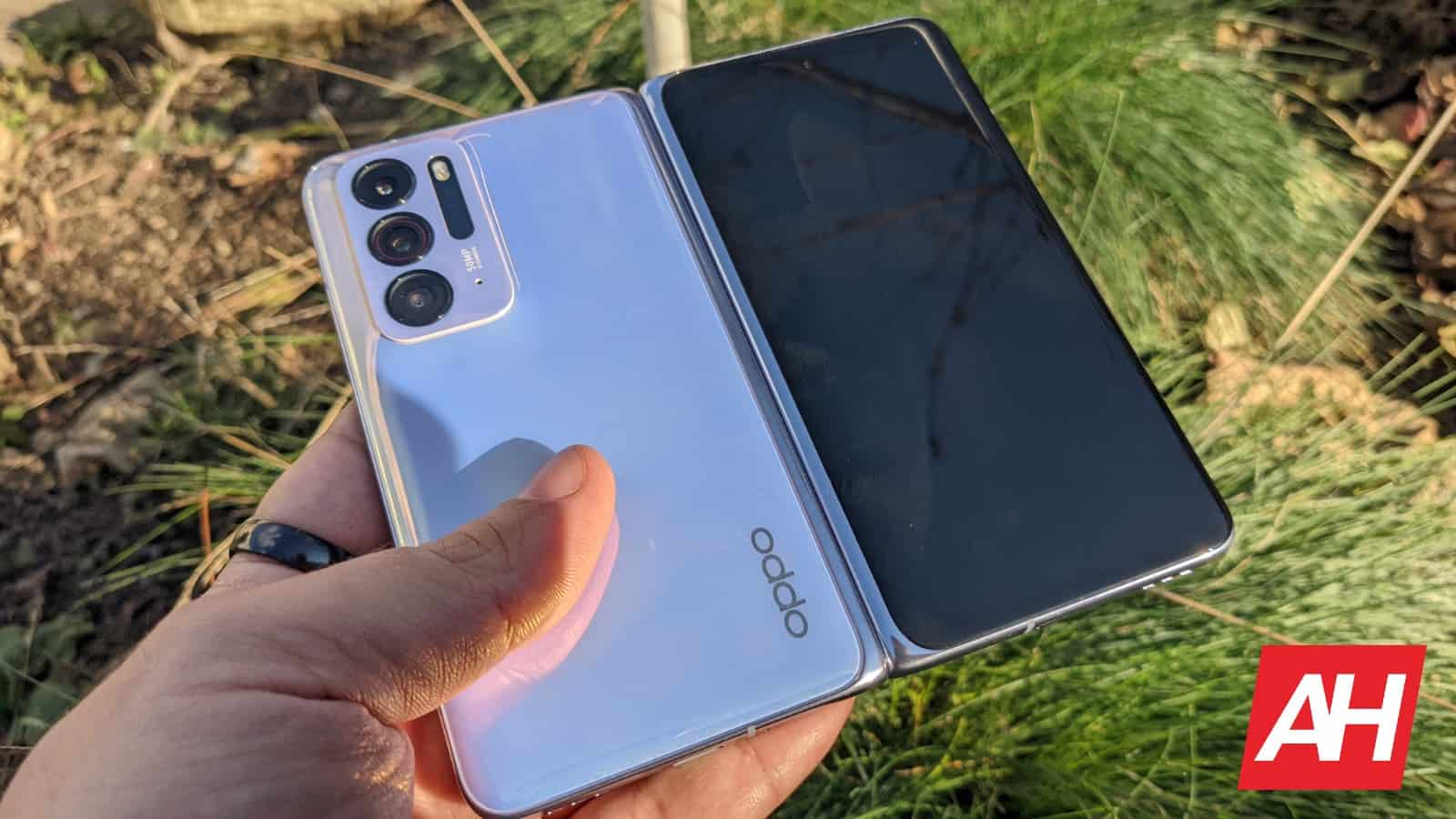 You’ll notice that the Mate X2 doesn’t have a display camera hole on the inside, but we’ll talk more about that in the display section. Both phones include cameras on the back, in the top-left corner. Those camera modules do look different, and the Mate X2 has more of them. Both phones hide their hinges really well when they’re unfolded, while those hinges do look nice when the phones are folded.

Do note that both of these phones are quite slippery. The OPPO Find N will be easier to grip, though, as it’s considerably smaller, so you’ll feel more secure when using it, especially if you do it with one hand.

The displays on these two phones are quite different. The Huawei Mate X2 includes an 8-inch 2480 x 2200 foldable OLED display, with no punch hole. In fact, Huawei opted not to use a camera on this display, it’s not included under the display. The secondary display is a different story, though. It has a pill-shaped camera hole, with a single camera. That display measures 6.45 inches, and offers a resolution of 2700 x 1160. This is also an OLED panel, and it’s a 60Hz display.

The OPPO Find N, on the other hand, sports a 7.1-inch main display with a resolution of 1792 x 1920 pixels. This is a foldable LTPO AMOLED display with a 120Hz refresh rate. There is a display camera hole in the top-left corner here. The secondary display measures 5.49 inches, and offers a resolution of 988 x 1972. This is an AMOLED display protected by the Gorilla Glass Victus, and it is curved on the right side. There is a centered display camera hole here.

As you can see, these panels are quite different. Using the two devices is a completely different experience in comparison. The Huawei Mate X2 is much more similar to the Galaxy Z Fold 3 in that regard. In terms of quality, both phones offer really vivid displays which offer good viewing angles. The OPPO Find N’s are technically superior, but in real-life, all of these panels are excellent. What you need to decide, however, is what size fits you better.

On paper, both of these phones are immensely powerful. The Huawei Mate X2 comes with the Kirin 9000 SoC, Huawei’s most powerful chip to date. The OPPO Find N, on the other hand, includes the Snapdragon 888 SoC, Qualcomm’s flagship for 2021. Both of these processors are 5nm chips, and both can handle anything you throw at them, with ease. The two devices also offer plenty of RAM and storage, both of which are quite fast.

That, in combination with their software offerings, these two phones do perform admirably. Do note that the Huawei Mate X2 comes without Google services, while the OPPO Find N is in the same boat. Well, you can put Google services on the OPPO Find N, even though it’s made for the Chinese market. So you can easily do that, but it won’t be the same. OPPO has to choose to bring its global software forward for this phone. Huawei, on the other hand, is banned by the US, which prevents it from including Google services on its devices.

Now, in regards to performance, they can handle your everyday tasks with ease. That goes for browsing, taking pictures and videos, consuming multimedia, and anything else you can think of. That goes for gaming, video editing, and other processor-intensive tasks, though. You’ll be hard-pressed to find a game that will put too much strain on either device, which is to be expected considering how powerful they are. From the performance standpoint, they’re both excellent.

The Huawei Mate X2 includes a 4,500mAh battery, as does the OPPO Find N. The thing is, the OPPO Find N displays are smaller. So, does that reflect on the battery life? Well, yes, it does, amongst other things. The OPPO Find N, in my experience, offers excellent battery life. I was able to get around 7 and a half hours of screen-on-time per charge, with some juice left over. Do note that we’re talking about using the main displays 60-70-percent of the time.

As far as I can see, the Huawei Mate X2 comes below that, though it still offers a really good battery life. The thing is, talking about screen-on-time and battery life in general is not the best idea, especially when it comes to foldables. There are so many factors that come into play, and your experience could be entirely different. It all depends on where you’re at, is your signal any good, what apps you’re using, how much strain you’re putting on the SoC, which display you use more, and so on. So, your mileage may vary. 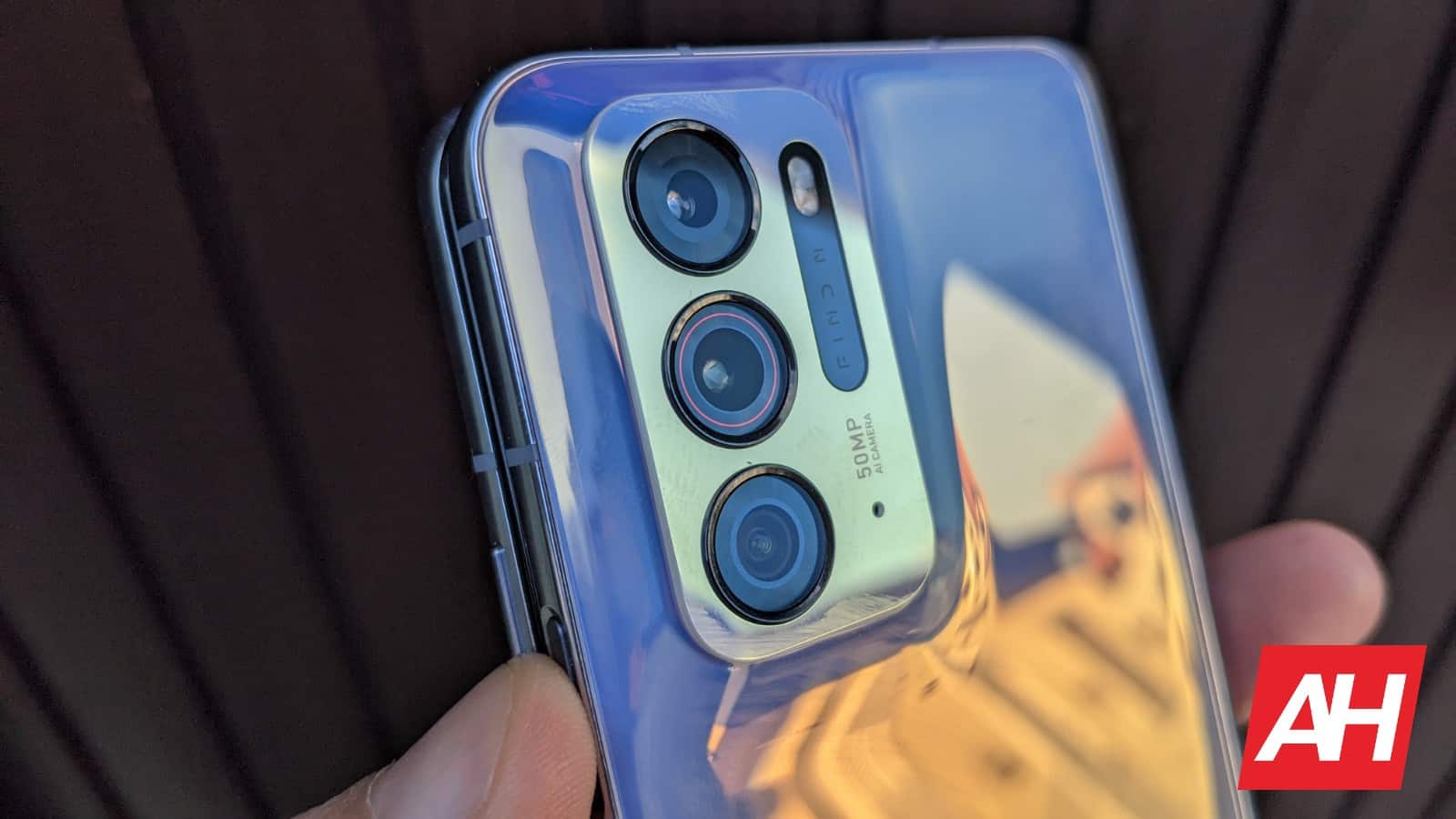 So, are the cameras any good? Well, yes, they are, on both phones. You will get different results, though, as the images from the Mate X2 are a bit more saturated, but not too much. The colors are a bit more pronounced in the Find N images. Both phones provide extremely detailed images during the day, while both can light up a scene during the night, and also preserve quite a bit of detail. Ultrawide cameras are good, while the Mate X2 can also provide insane zoom thanks to its periscope camera.

Both of these phones come with stereo speakers. The positioning of those speakers is not the same, though. Both speakers on the OPPO Find N are bottom-firing. That’s not the case on the Huawei Mate X2, though. The main one is bottom-firing, while the secondary is front-firing. You’ll be glad to know that both sets of speakers are quite good, though. They get really loud, and are fairly sharp as well, with a wide soundstage.

Despite their size, neither device has an audio jack. You can either utilize a Type-C USB port that is included on both devices, or opt for a Bluetooth connection. Both devices do support Bluetooth 5.2. As long as your headphones are good, you don’t have to worry about the sound quality provided by these devices.